Many popular brands reinvented themselves this year — but not necessarily for the better.

We went through graphic-design collective UnderConsiderations' Brand New blog to see which brands decided to change their logos and chose our least favorite. All opinions are our own. 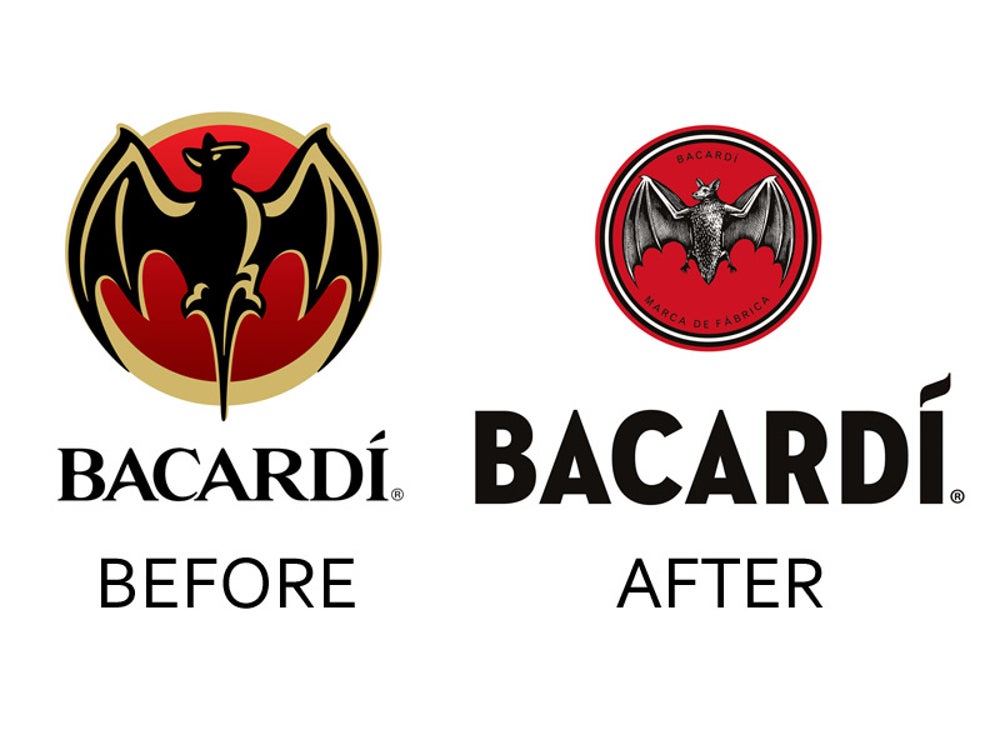 The world-famous rum brand Bacardí decided to embrace its roots this year with a new logo that harks back to a design from the 1930s and an ad campaign dramatizing Cuban history. While we find the new direction interesting, the bat icon could use some polish to pop — and we're not crazy about the font, especially the slanted tilde used as an accent mark. 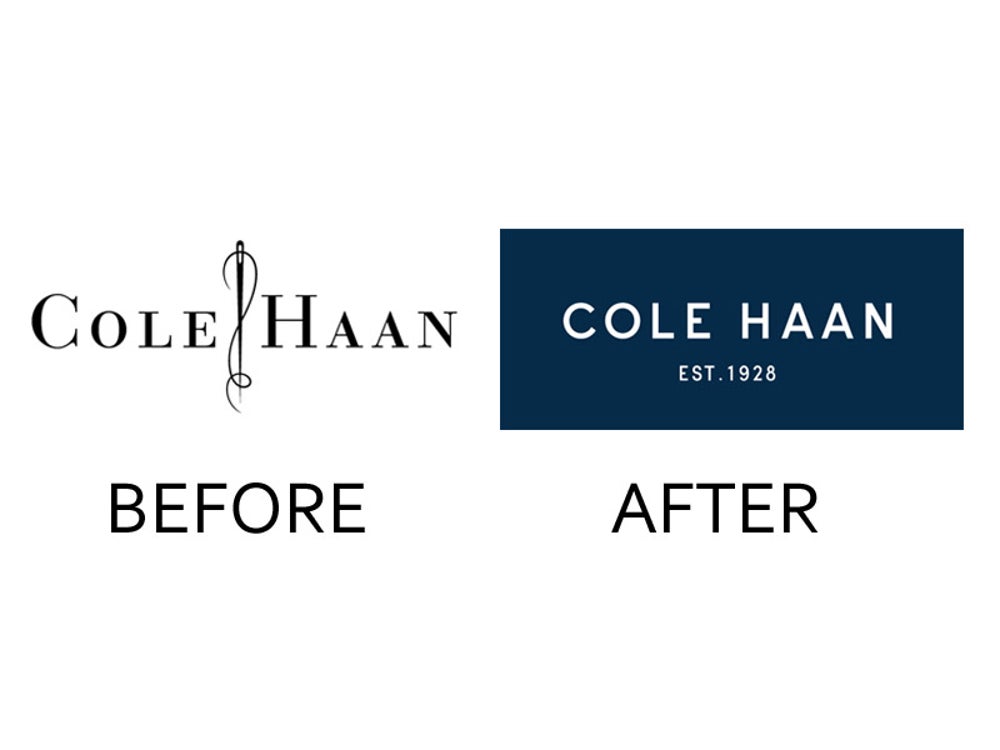 Cole Haan is best known for its men's footwear but is cementing its image as a fashion brand with a variety of clothing, shoes, and accessories for both men and women. Part of this strategy involves the transition to a new logo and monogram, which we find sharp on their own, but we think Cole Haan has dialed back some of its artsy charm to fit in more with the likes of Ralph Lauren and Calvin Klein. 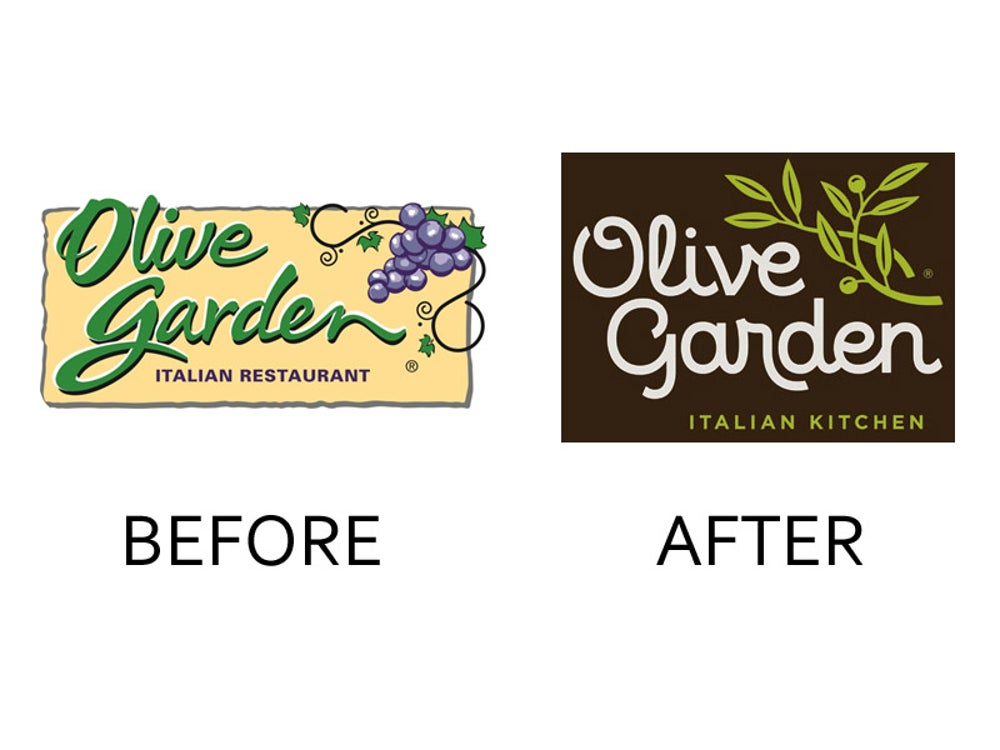 Olive Garden had a rough year. It announced a major redesign meant to appeal to a younger, hipper crowd in March, but a critical presentation in September from activist hedge fund Starboard got much more media attention. The new logo looks flat, and the faux handwritten font is unappealing. It does not seem likely to attract the new customer base the company is after. 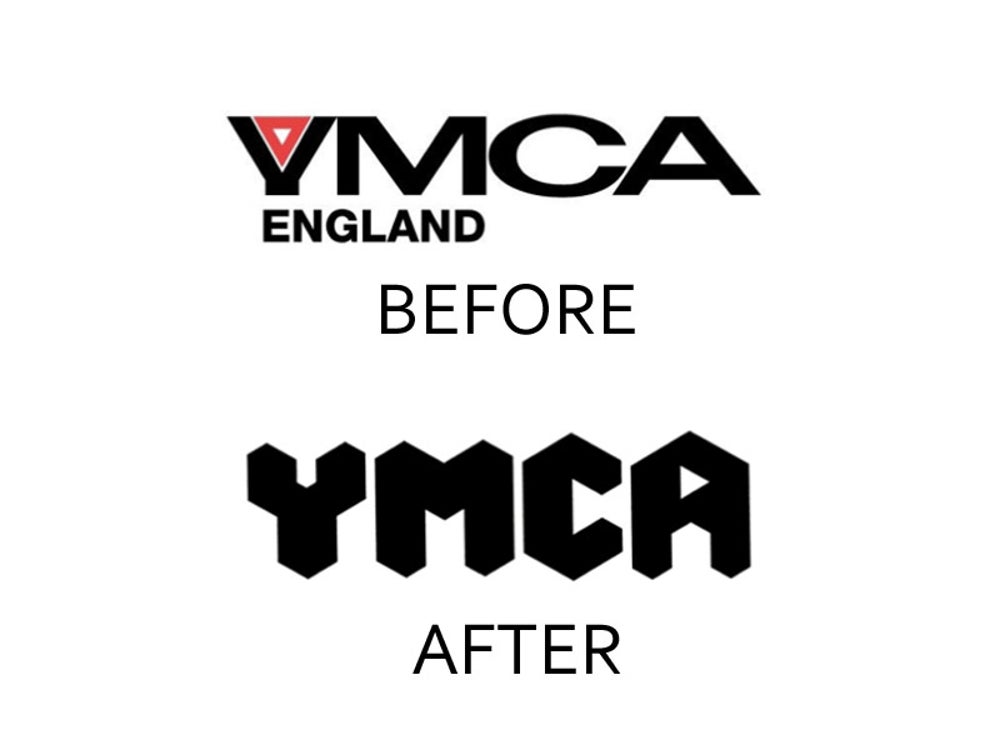 While we don't want to pick on a charitable organization, the new YMCA England logo is clearly a failed attempt to "modernize" its look. It looks like a lesser version of the AC/DC logo. 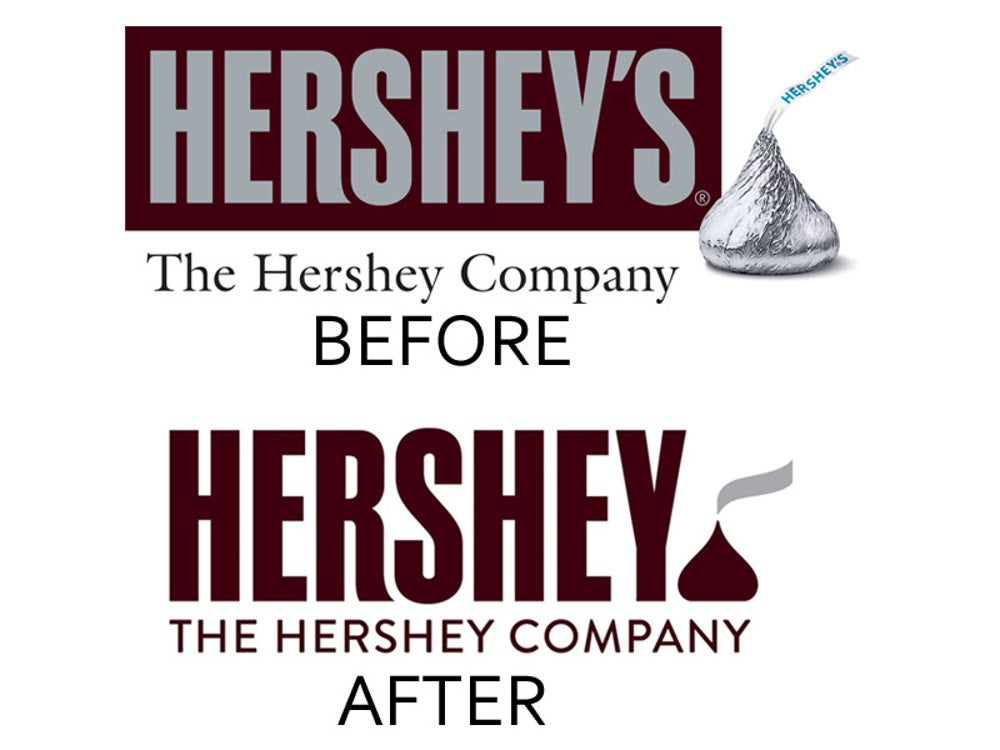 Any logo with a photorealistic image of one of its products doesn't belong in 2014, and so it makes sense that the Hershey Company decided to update its logo. The removal of the last S and the flattening of the rest of the logo is fine, if a bit underwhelming, but — maybe we just have the maturity of a 13-year-old — we agree with the group that points out the similarity to the poop emoji. 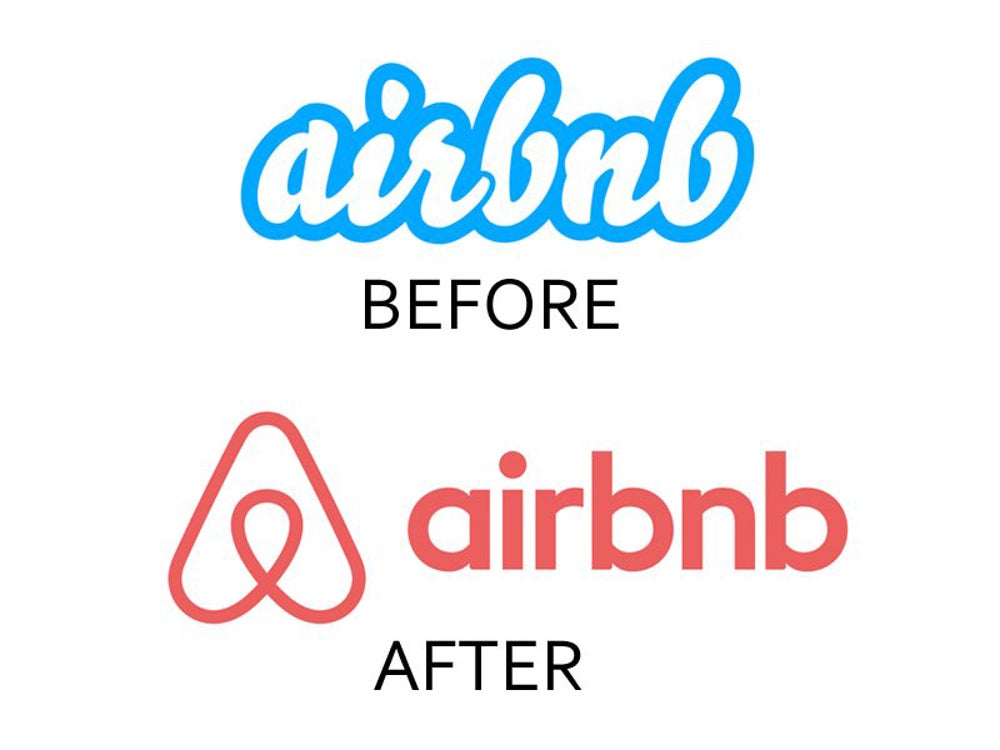 Oh, and speaking of being immature, our perception of Airbnb's new logo was marred by the collective internet pointing out all its awkward similarities to some body parts. Airbnb took notice of all the dirty jokes and, to its credit, completely embraced them. We may hate it, but hey, the company loves it (and a whole faction of others do, too), so we guess we'll have to get used to it. 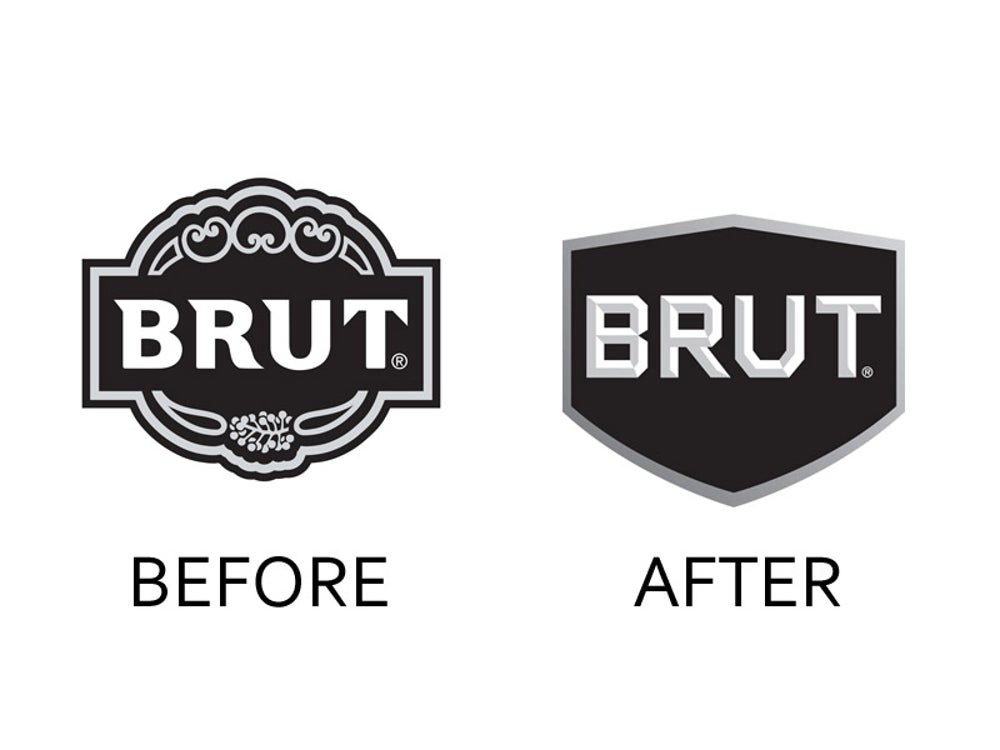 Men's grooming line Brut wanted to find a way to compete with the likes of Old Spice and Axe, which are more popular with younger men. To do this, it dropped a classy pseudo-traditional design and went with a simpler one that could be better adapted to adolescent-friendly scents like "Blue Wave" and "Black Ice." 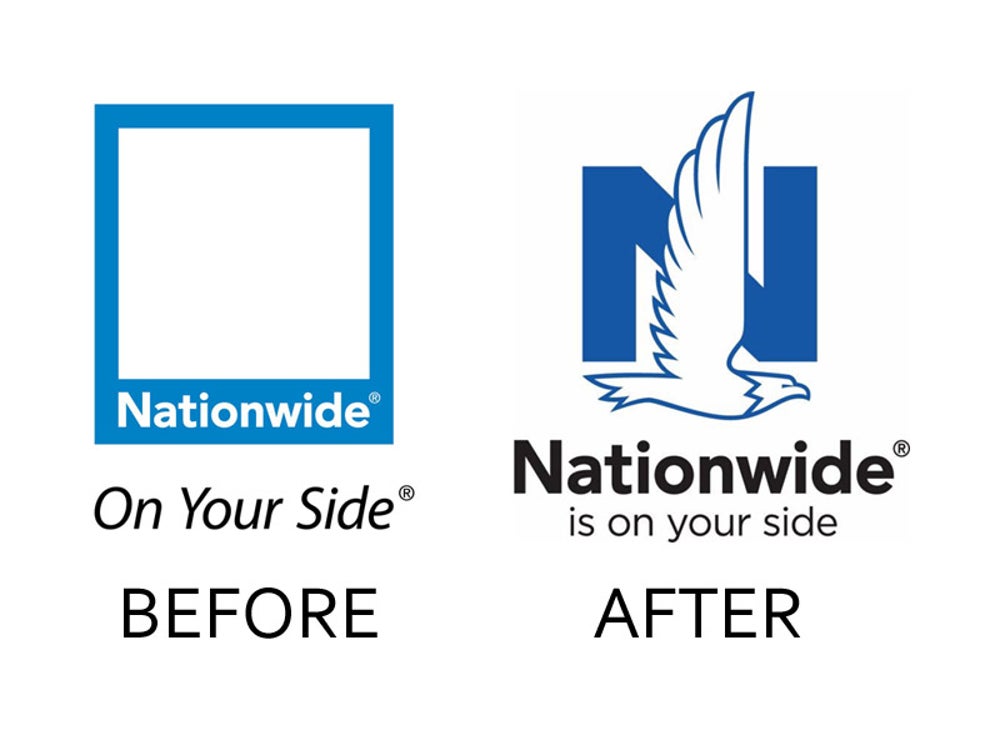 Nationwide insurance decided to bring back its pre-1998 eagle logo with some modern updates. The company says it found that its eagle is 50% more recognizable than the blue frame, but we think it looks like a bad college logo. 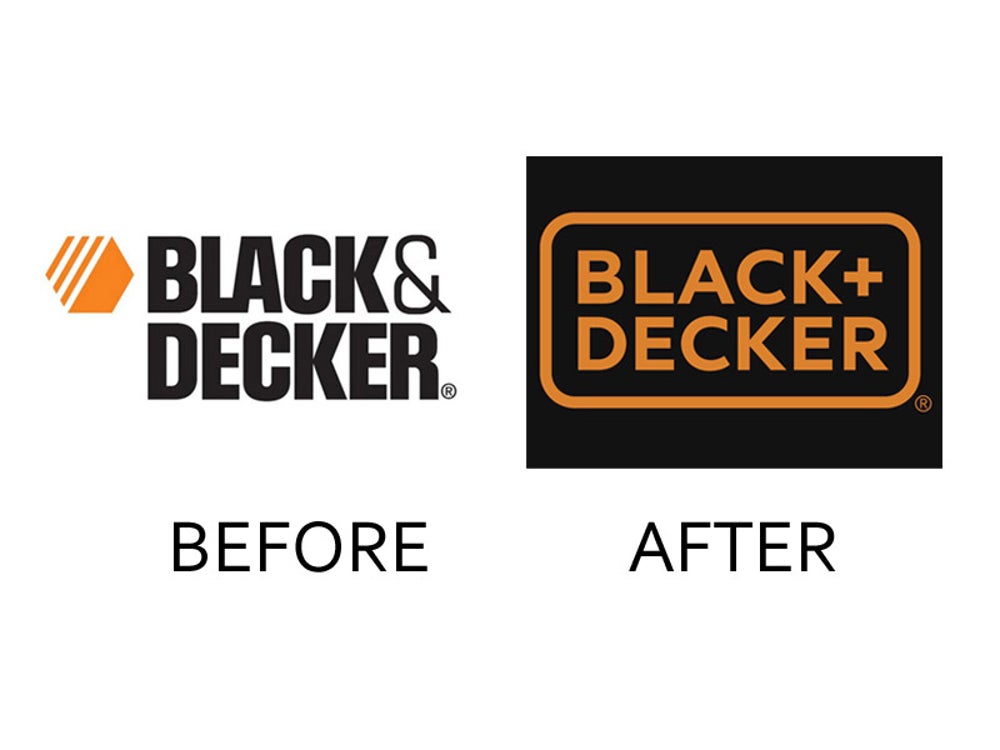 Popular tool and appliance manufacturer Black + Decker (formerly Black & Decker) wanted to rebrand itself as a company for the everyman and not one for guys with tool sheds. In addition to this strategy seeming unnecessary, we do not like the new logo or the corresponding packaging and product aesthetics. 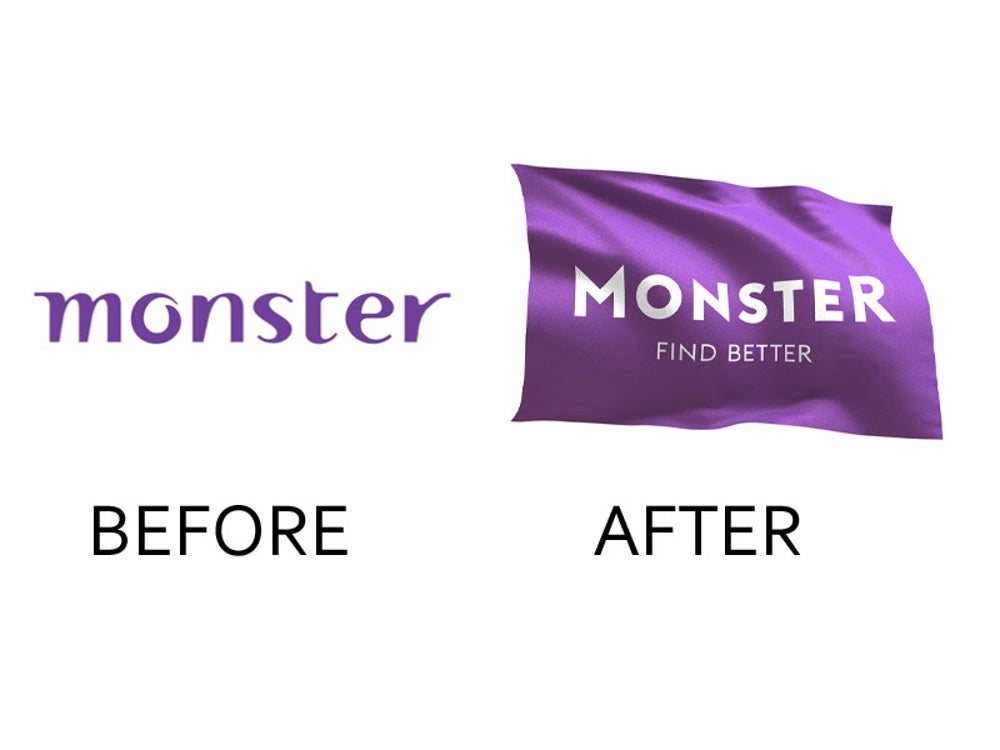 Monster.com has had over 200 million registered users since it was founded in 1999, and this year it decided to expand. This came with a new logo in the form of a flag with 3D effects. Sometimes being radically different just results in being off the mark.

Let Go of Assumptions and Reset Your Brand Mindset