The Marketing, Merchandising and Mainstreaming of 'Fifty Shades of Grey'


It wasn’t that long ago that movies with strong sexual themes flew under the radar, and attempts to make them mainstream remained just that – attempts. As a result, such high-quality movies as 1990’s “Henry and June” and 1996’s “Crash” remain cult films, seen by very few.

This hard reality changes when the movie in question is based on a book that’s sold 100 million copies, such as the forthcoming adaptation of “Fifty Shades of Grey.” (The movie is due out February 13.) Sales figures like those make it mainstream by default, so lots of companies want to ride its coattails to profit and glory.

A few of these companies are head-scratchers, such as the American Association of Retired Persons, which has published a Valentine’s Day gift guide inspired by the movie, Then there are others that one might think would want to steer clear of it altogether.

Fortune presents a list of companies who are riding the gravy train and making “Fifty Shades of Grey” a mainstream venture, whether they mean to or not. 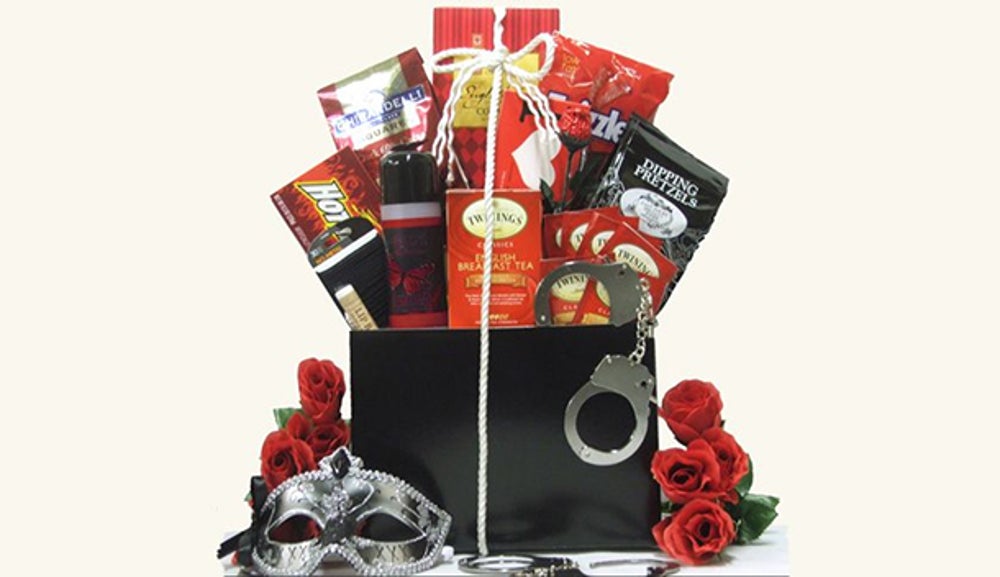 Wal-Mart sits atop the Fortune 500, dwarfing such concerns as Exxon Mobil and boasting net sales of over $473 billion in fiscal year 2014. Clearly, it knows a thing or two about commerce, so it is perhaps unsurprising that it wants a piece of the “Fifty Shades” action.

Still, it’s hard to imagine what a rigorous churchgoer like Sam Walton would have made of the “Fifty Shades of Grey: Gourmet Gift Basket”, which can be yours for $69.99. According to the website, “chrome-plated metal double lock handcuffs” and a “black gift box hand-tied with rope” accompany the bubble bath and candies found therein. 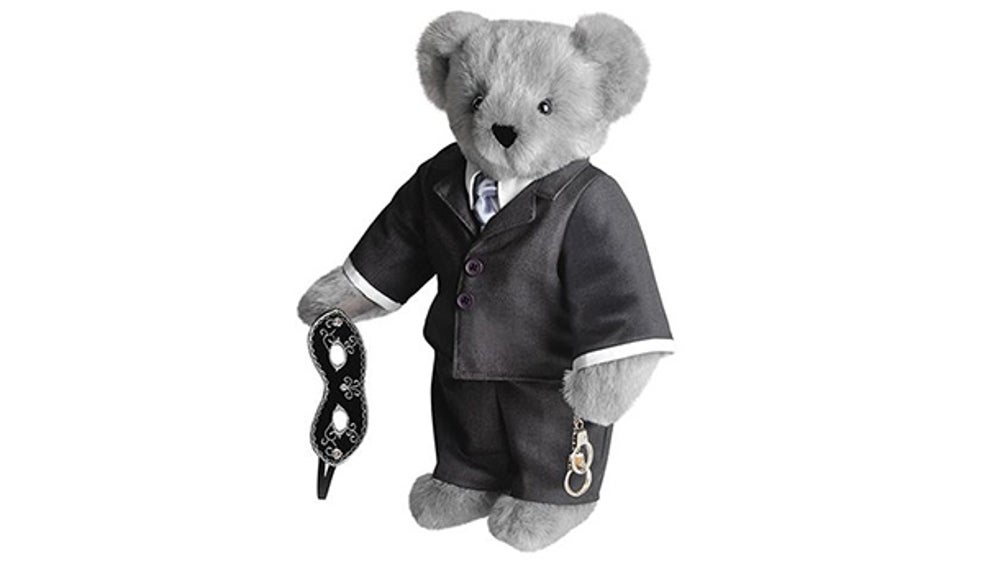 Many a lovelorn individual has bought a stuffie as a Valentine’s Day gift. The Vermont Teddy Bear Company has been providing a wide variety of cuddly critters for decades, and this year is no exception.

Among its many hug muffins is the “Fifty Shades of Grey Bear,” which comes dressed in a business suit and holds a pair of handcuffs and mask for his Valentine/captive, all for just $89.99. 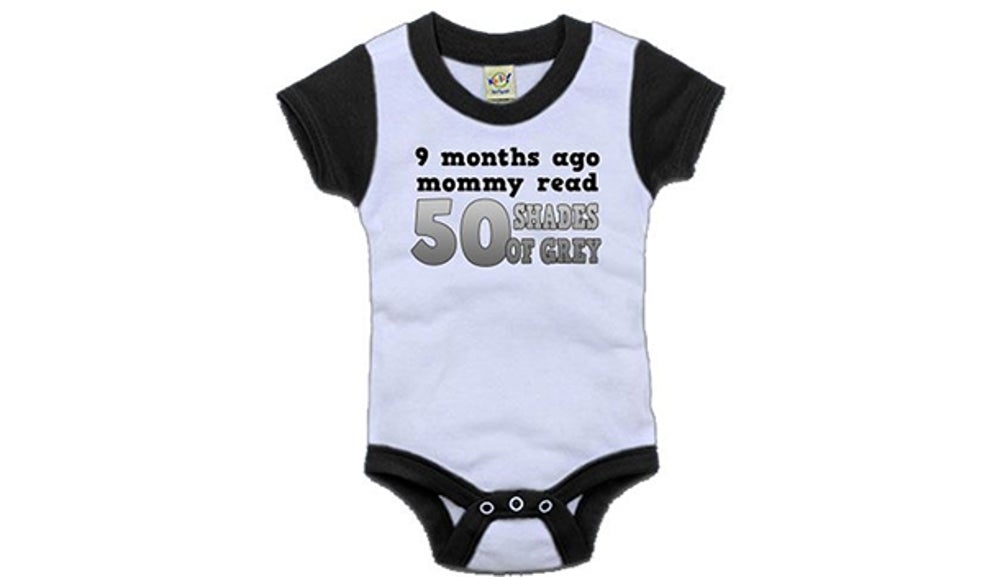 The ideal gift for this individual is the “Mommy Read ‘50 Shades of Grey’” Infant Creeper sold by the personalized baby clothes maker Squiggly Boo for $14.99. The garment proclaims that “9 months ago, mommy read ’50 Shades of Grey,” leaving onlookers to do the math for themselves. 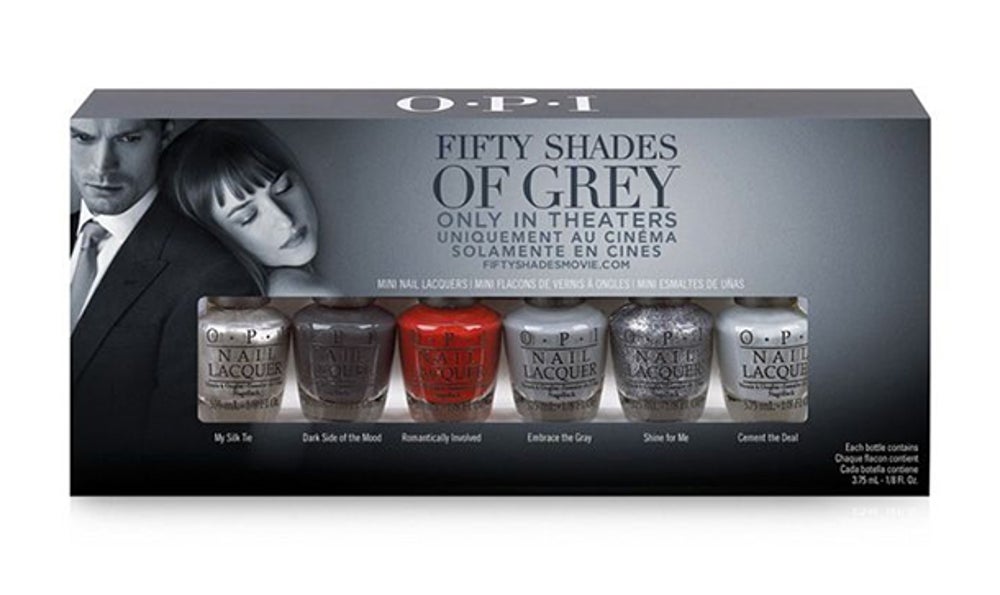 Sure, “Fifty Shades of Grey” sold 100 million copies, but that doesn’t mean that everyone who read it wants a ball gag, leather mask or other highly questionable Valentine’s Day gift. Some people just want some new nail polish, with no smutty overtones, thank you very much.

Macy’s has heard these long-suffering individuals’ call, and offers the OPI “Fifty Shades of Grey” Mini Pack. This $21.95 gift pack contains six different lacquers from OPI Products, including “My Silk Tie” (“This silky, gleaming silver has got me all tied up”) and “Cement the Deal” (“I'd sign anything to get my hands on this stony, cool gray”). 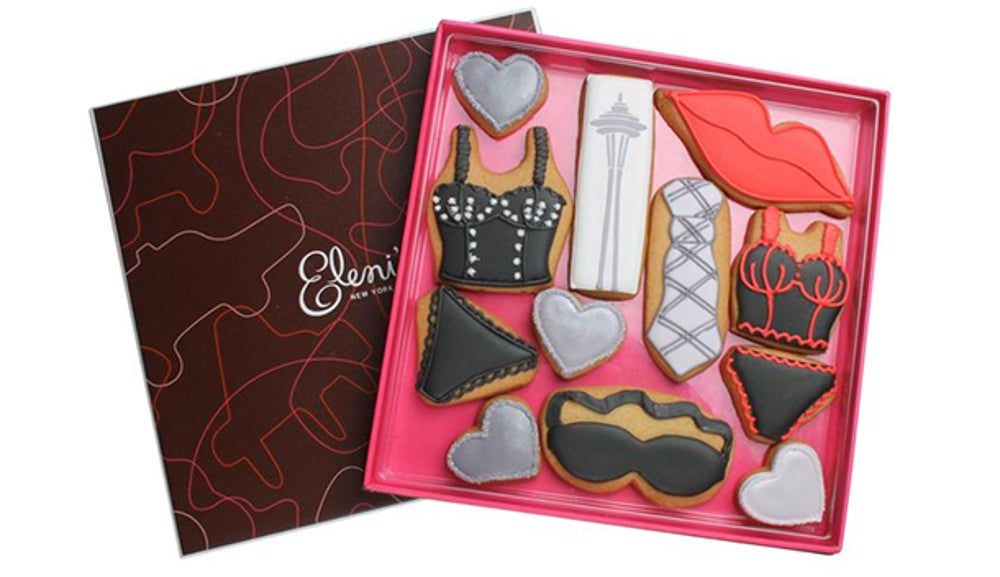 What Valentine’s Day would be complete without decadent edible treats? None, so Eleni’s New York has created a line of cookies that are ideal for the “50 Shades of Grey” fan on your Valentine’s Day list, the “Sweet Surrender Cookie Collection.” 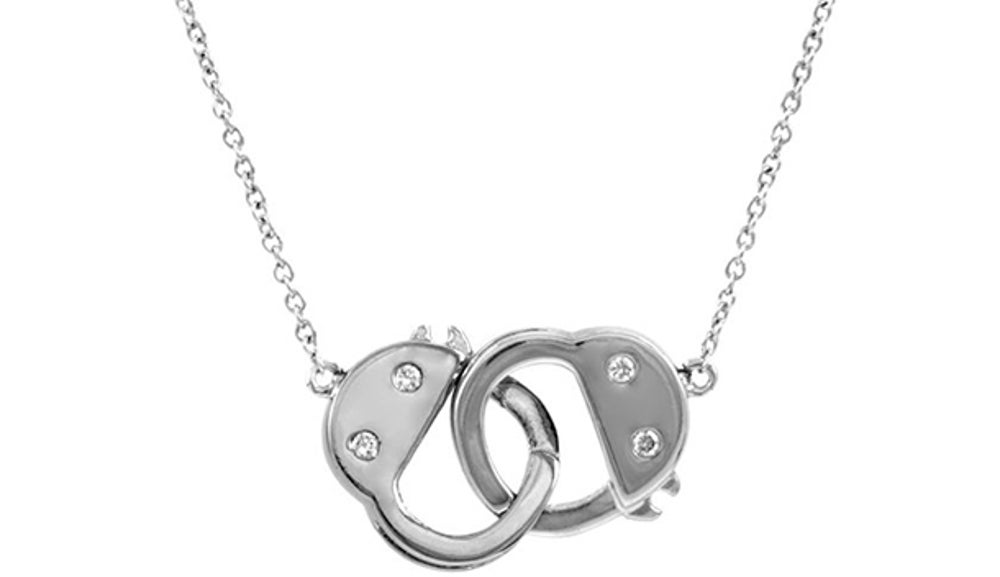 Bling Jewelry is a New York City-based company whose products are being made available to flyover country by Sears. This puts the big box retailer in the position of selling things that some might consider uncharacteristic.

One such item is the “Bling Jewelry 925 Silver ‘50 Shades of Grey’ Inspired Freedom Handcuff Dangle Bead” . Other than the handcuff motif, it’s hard to see what this item actually has to do with the movie or the book, but hey, Sears has to make up for losing Land’s End somehow. 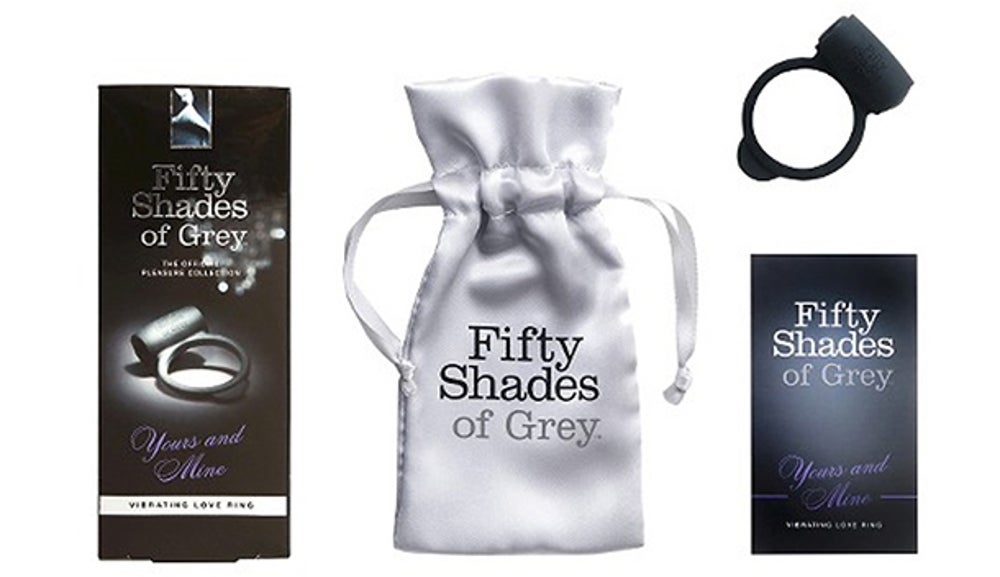 If you answered “yes,” then you might want to consider the “’Fifty Shades of Grey’ Yours and Mine Adult Vibrating Love Ring.” Fortune is a wholesome publication, which prohibits a graphic description of this product’s intended purpose, but The New York Timesdescribed it best as “intended for wear by men, but not on the finger.”