As the 2016 presidential campaign gains momentum, candidates are working hard to try to distinguish themselves from the crowd. One way to do so: selling items that not only allow supporters to broadcast their views, but also show off candidates' self-awareness. After all, who wants a t-shirt when they can get a Rand Paul beer stein or an apron that says "Grillary Clinton?"

Here are 12 of the most intriguing, iconic and ironic items you can buy now at candidates' campaign stores.

Related: In the Battle of Billionaires, Howard Schultz Doesn't Measure Up to Trump 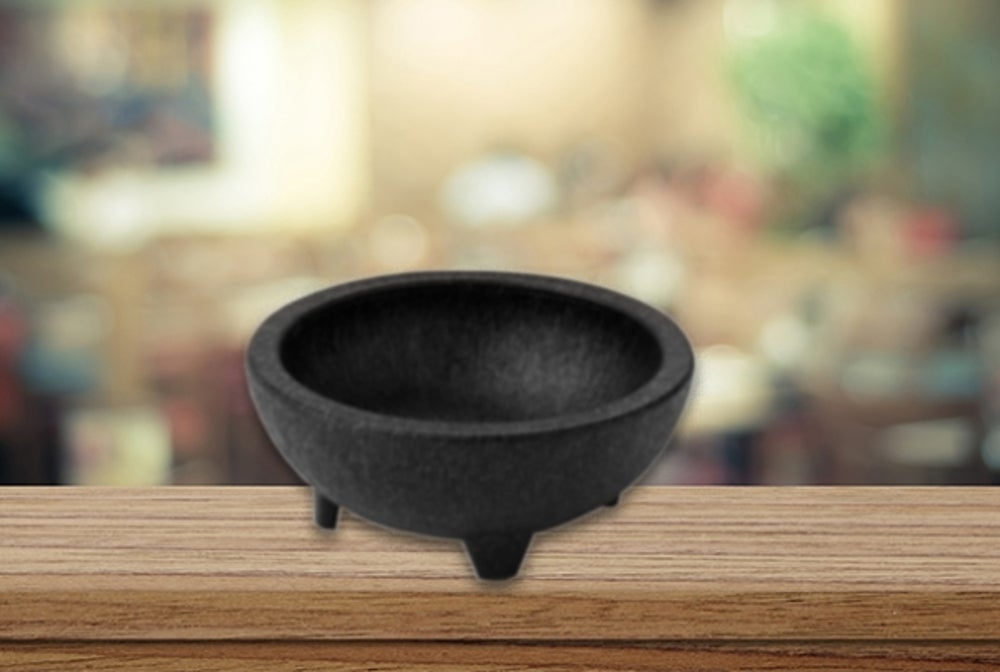 For $75, you can buy an unbranded bowl for guacamole from Jeb Bush's campaign store. Apparently, guac is a crucial part of Jeb and Columba's "Sunday Fundays." 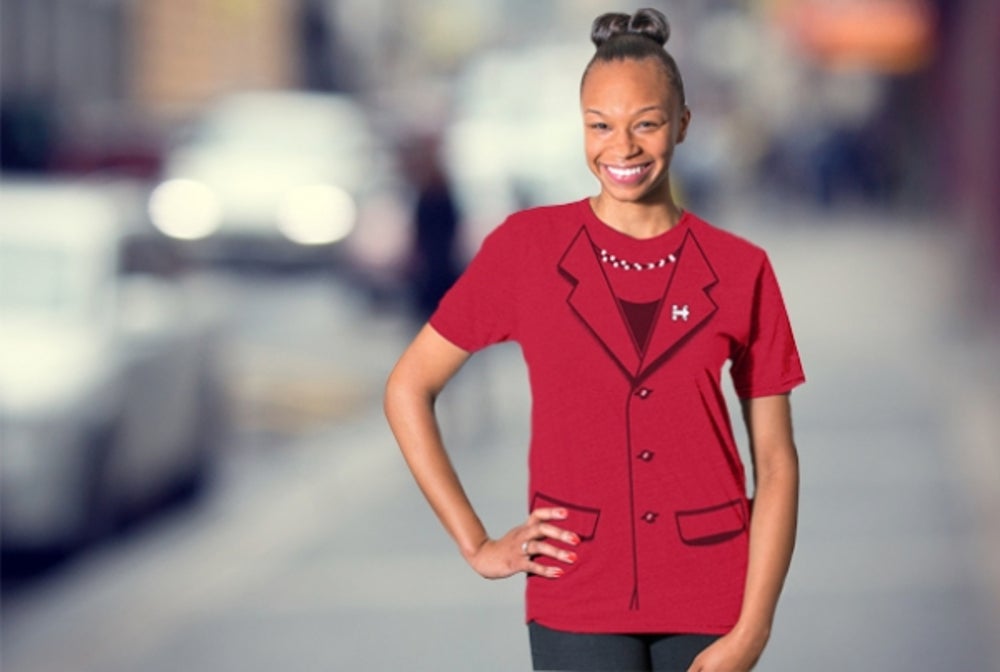 The pantsuit-loving candidate pokes fun at her iconic outfit with a $30 t-shirt. And yes, it is complete with an illustrated "H" pin. 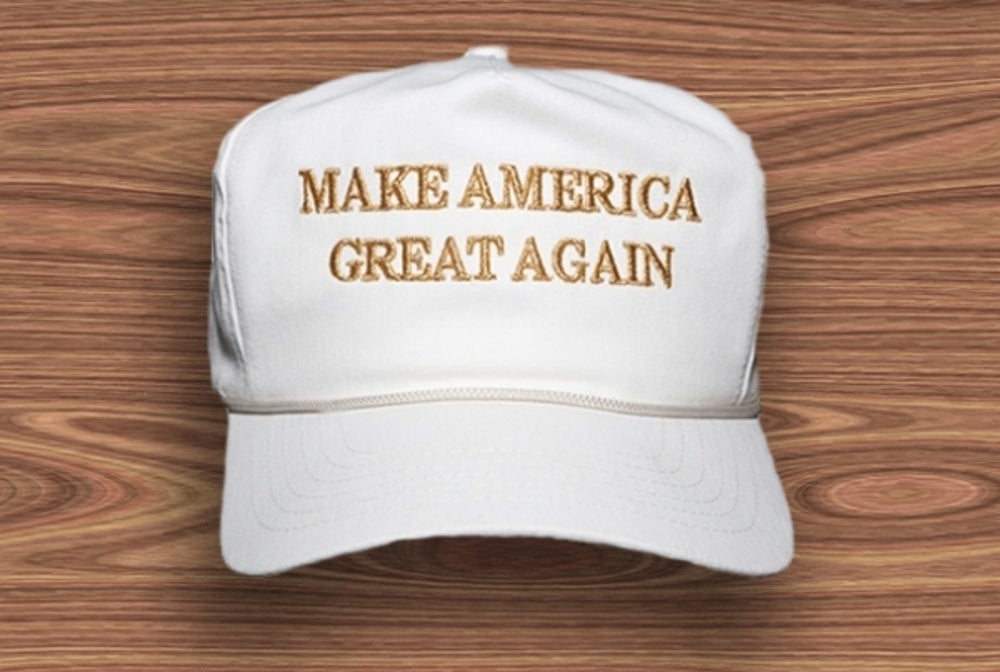 The Donald is making one of his iconic fashion statement readily available for the public. The entrepreneur is selling copies of the rope hat with the text "Make America Great Again" that he wore to give a campaign speech at the U.S.-Mexico border. 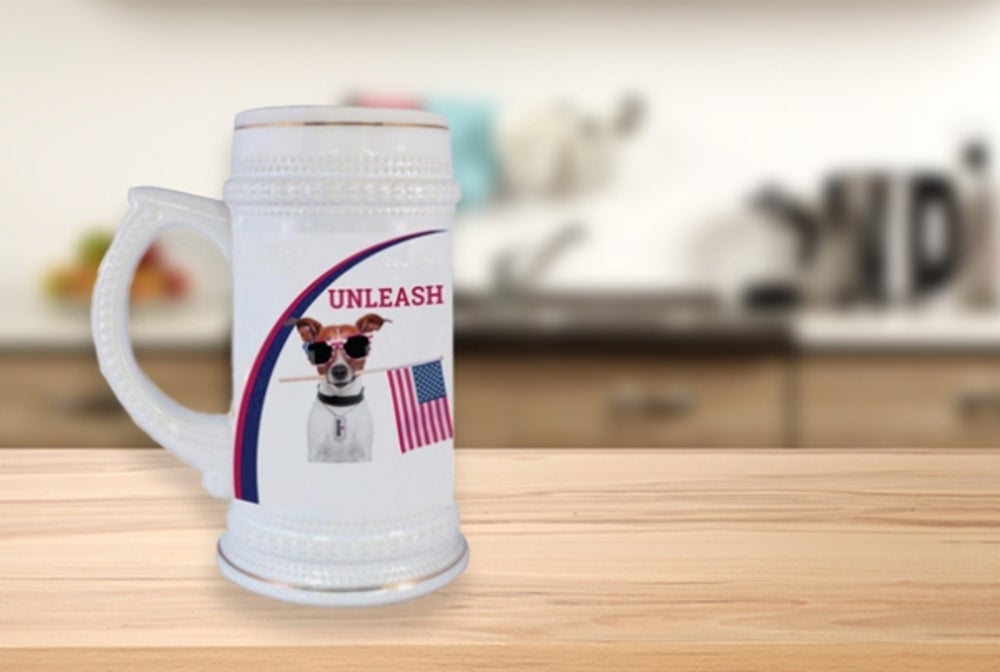 Rand Paul has a number of beer steins, wine glasses and beer koozies on sale at his online store. The most unique of these is the beer stein featuring a dog in red, white and blue sunglasses, holding an American flag, encouraging drinkers to "unleash the dream." 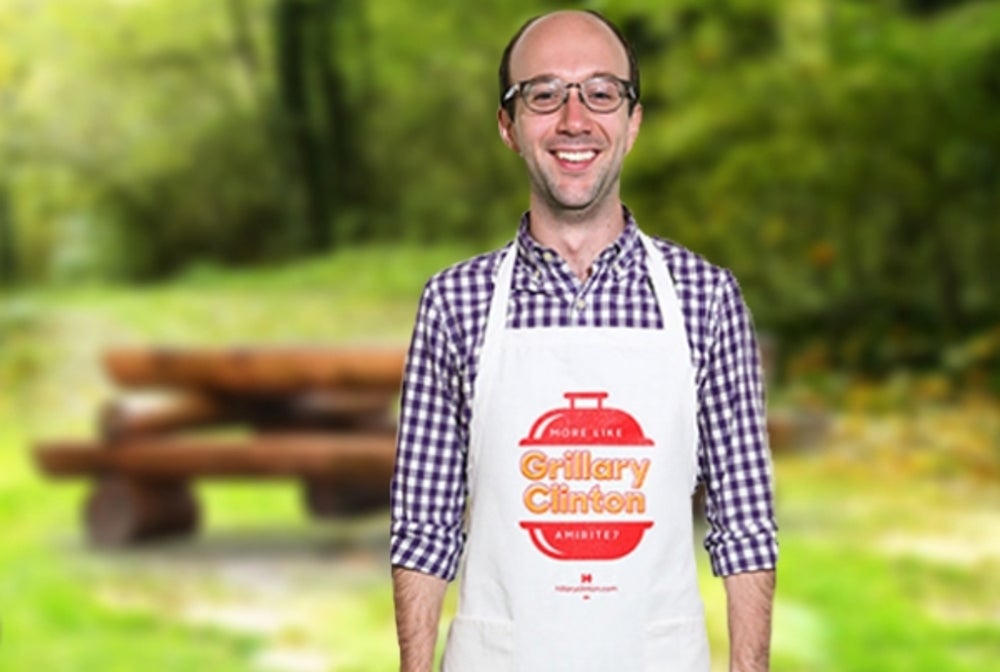 Hillary Clinton is getting punny with barbeque accessories, including an apron that says "More Like Grillary Clinton, Amirite?" and a spatula with her campaign logo. She isn't the only candidate to get in on the BBQ game, however. Jeb Bush is also selling an apron for barbequing, though without the puns. 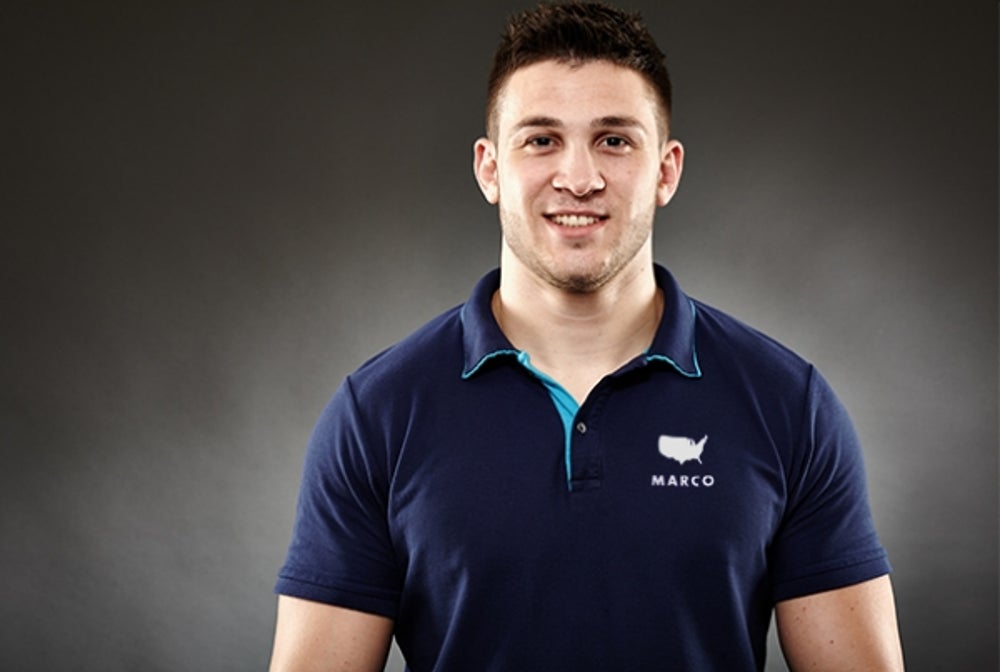 Marco Rubio's campaign store is pretty straight-laced, but he does manage to work in a pun with the "Marco Polo," or a polo shirt with Rubio's logo.

Related: Mark Cuban: I Would Consider Being Donald Trump's VP If He Asked Me 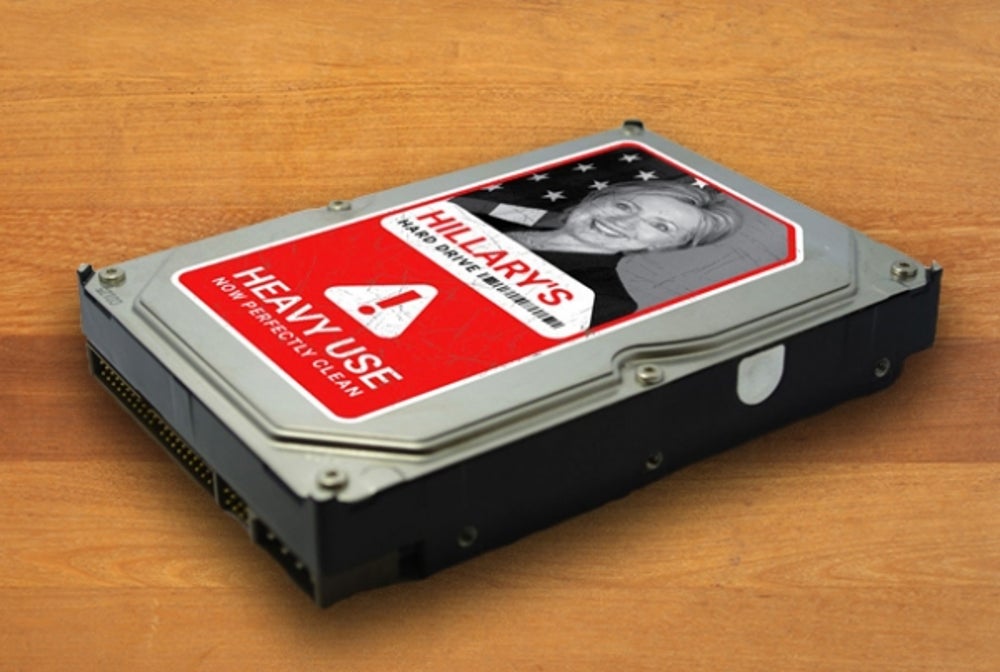 The senator has several items in his store that take aim at Hillary Clinton, including "Hillary's Hard Drive," a nonfunctional hard drive alluding to Clinton's use of private email accounts in lieu of official government email. Other anti-Hillary items include a "Liberty Not Hillary" bumper sticker and an eye chart that says "hindsight is 20/20." 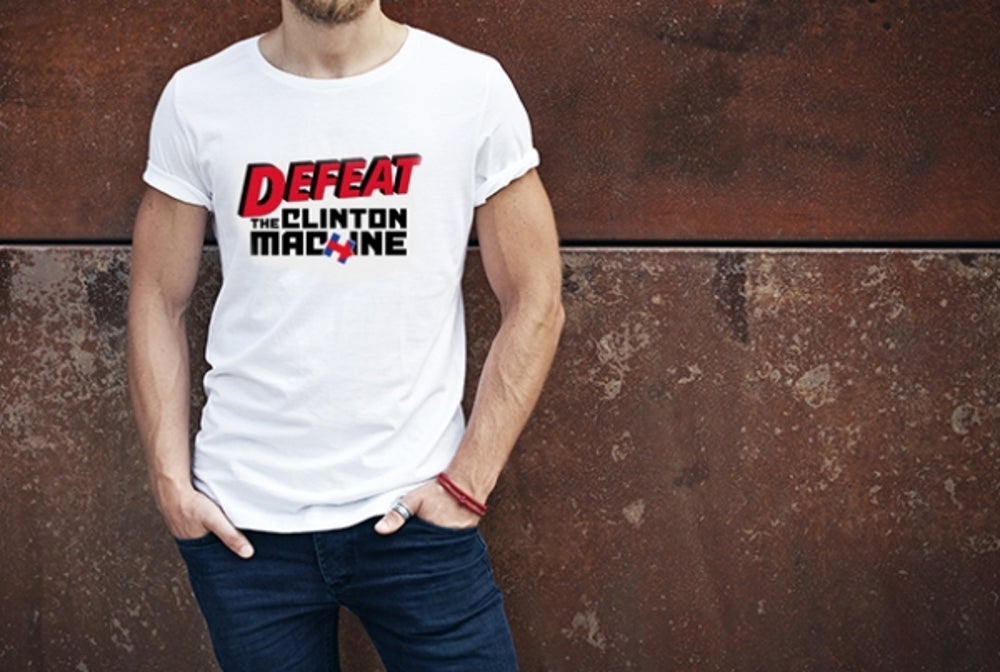 Hillary Clinton is clearly the candidate to beat in Republican candidates' minds. Mike Huckabee joins the anti-Hillary trend with a t-shirt that supporters can wear daily "to help Defeat the Clinton Machine."

Rand Paul on a Stick 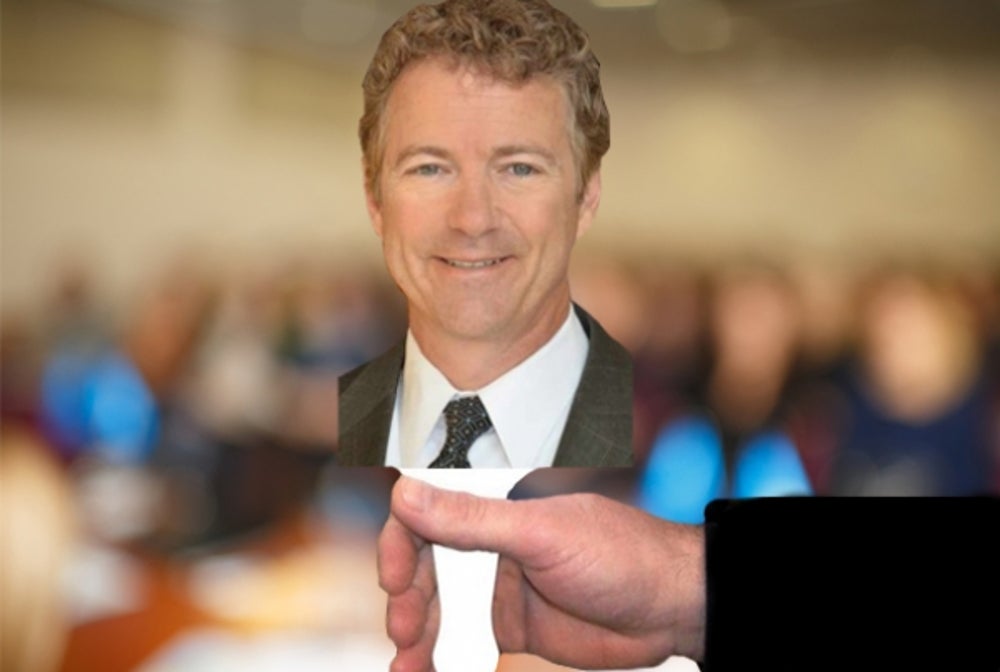 "Sure, there are a lot of things you can get on a stick, but can you get the next leader of the free world on a stick?" reads Rand Paul's online store's description of Rand on a Stick. It will cost you $35 for a set of 12. 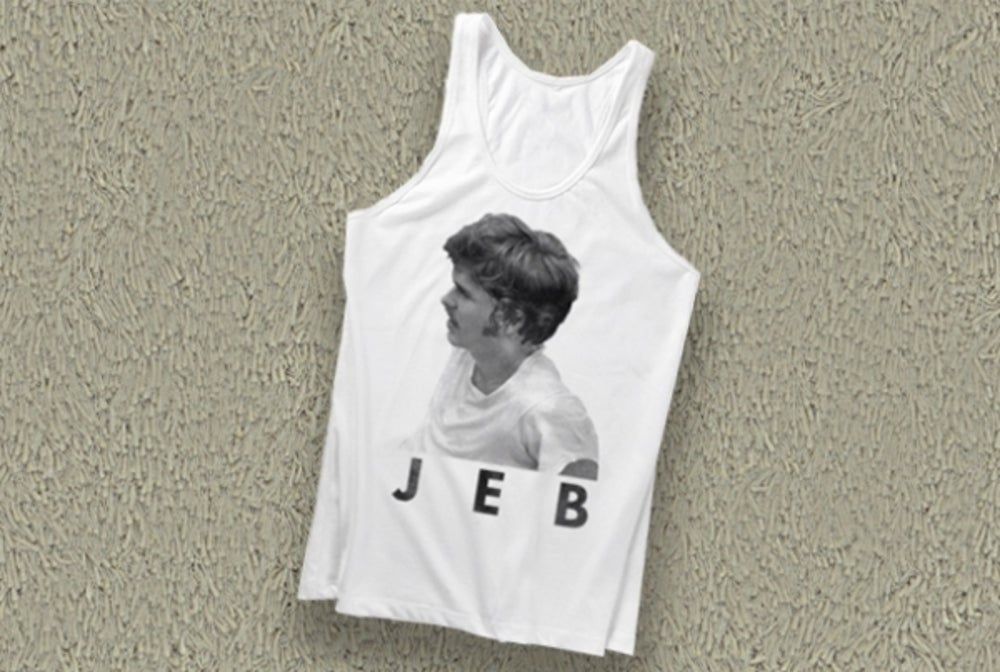 Of the Republican candidates, only maybe Rand Paul can beat Jeb Bush when it comes to ironic t-shirts. The most hipster friendly: a tank top with an image of Jeb Bush in the '70s with a mustache and impressive sideburns. 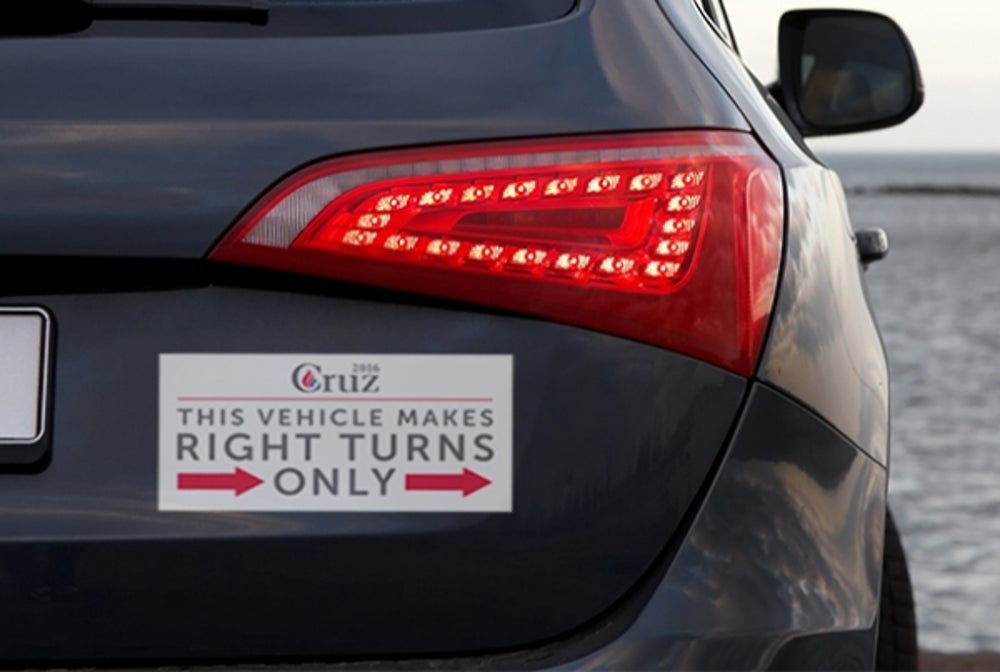 The perfect gift for your "courageous conservative" nephew currently struggling in drivers' education: a bumper sticker that reads "This vehicle makes right turns only." 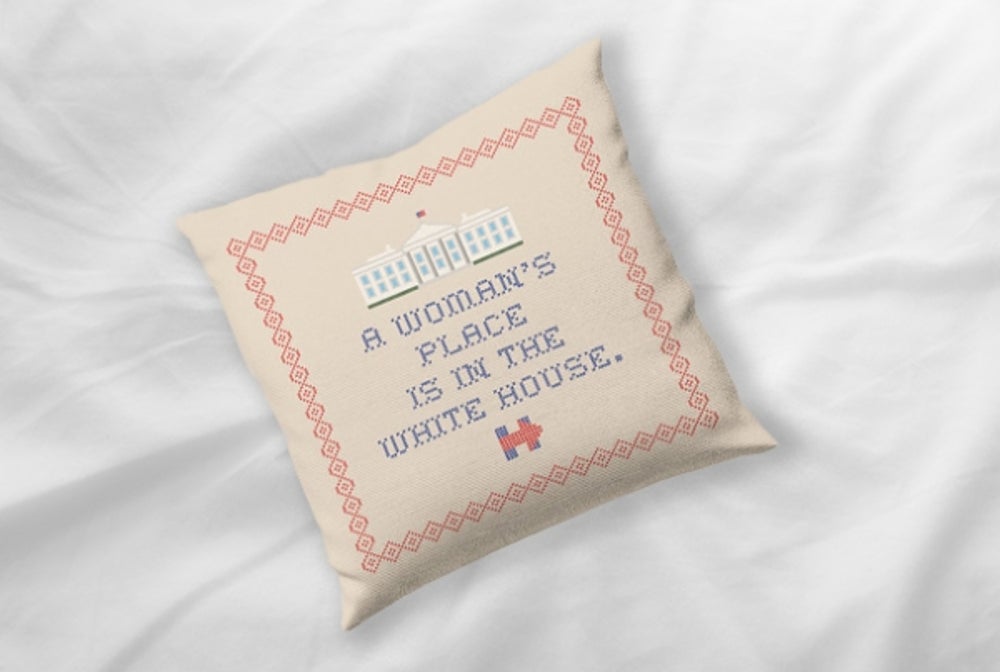 The pillow's text reads, "A woman's place is in the White House." The slogan is particularly relevant in a campaign season in which Clinton and former Hewlett-Packard CEO Carly Fiorina are the only prominent female candidates – and when Clinton has already lived in the White House, as First Lady.

Simple Rules for Creative Agencies to Have Constructive Conversations About Politics. (Yes, It Is Possible!)