The Future of Franchises: What's Next, and What's Still Needed

Franchising traditionally lags behind other types of businesses when it comes to adopting technology, new flavor profiles and hot concepts. But in recent years, new and old players alike seem to have learned the value of getting in front of changing consumer habits and tastes more quickly. The race to lead the pack is poised to intensify as franchising continues to evolve. Here are the trends we expect to shape the sector in 2016.

The rise of fast-casual brands like Denver- based Chipotle and St. Louis-based Panera Bread -- which aim to offer higher quality than fast-food chains and faster service than casual sit-down eateries -- has led to a spinoff frenzy. Fast-food and traditional casual restaurants are introducing fast-casual versions of their concepts left and right.

“Honestly, it seems like a complete scramble in our industry to get into fast casual,” says Chris Elliott, CEO of Tampa, Fla.-based sports-pub franchise Beef ‘O’ Brady’s, which opened its first unit of Beef’s Express this year. “Everyone is trying to get in there to find a niche. For us, this is a huge opportunity to capture some of that momentum.”

Deliver Us From Pizza 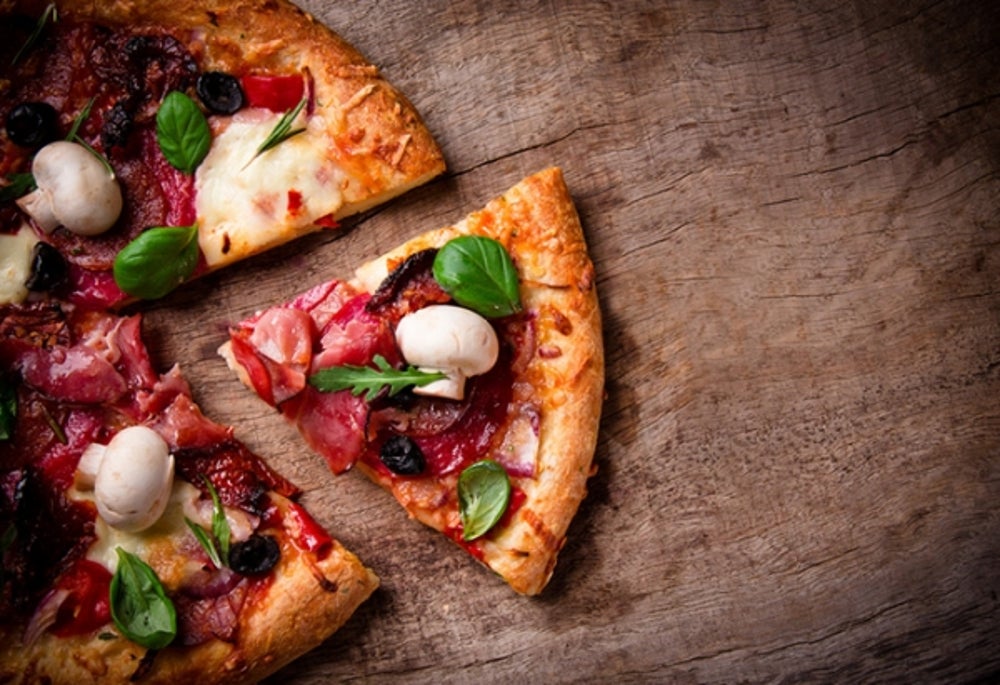 More franchise brands are beginning to adopt home delivery. Spurred by the success of Champaign, Ill.-based Jimmy John’s, which made its name with its fast delivery of sandwiches, eateries such as Taco Bell, Schlotzsky’s, Cinnabon, Panera, Dunkin’ Donuts and even McDonald’s and Burger King are experimenting with delivery options. Building out a delivery infrastructure is cost-prohibitive for many brands; that’s why most are turning to third-party delivery services like GrubHub, Postmates and Uber to bring their wares to customers’ doors.

“With the emergence of social media, customers were able to voice their desires toward these brands, and the No. 1 request was for delivery,” says Holger Luedorf, head of business development at Postmates in San Francisco. “It takes a lot of management to set up a delivery service. I think we’re going to see most companies in the space opt for a delivery partner in the near future.” 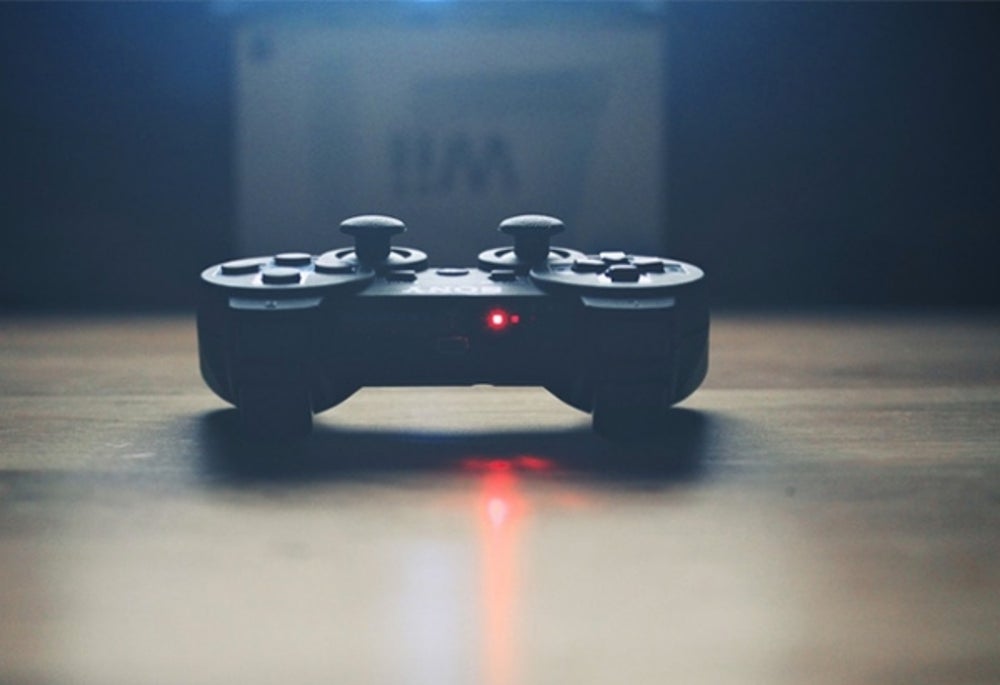 Franchising has finally caught on to the gamification craze. Atlanta-based Schlotzsky’s used its mobile app to launch an instant-win game that netted the company more than 43,000 social media followers. An Applebee’s franchisee used a game called Bee Block to have employees compete on metrics like getting to work on time and upselling items, an effort that it says led to a 20 percent reduction in staff turnover and larger average tickets.

A Wireless Zone franchisee used FantasySalesTeam -- a platform that lets employees put together a roster of salespeople to compete for prizes -- and improved sales by 176 percent. Since the sale of FantasySalesTeam to Microsoft last August, other franchises have become interested in the platform, looking to gamification to engage customers, train employees and retain staff. 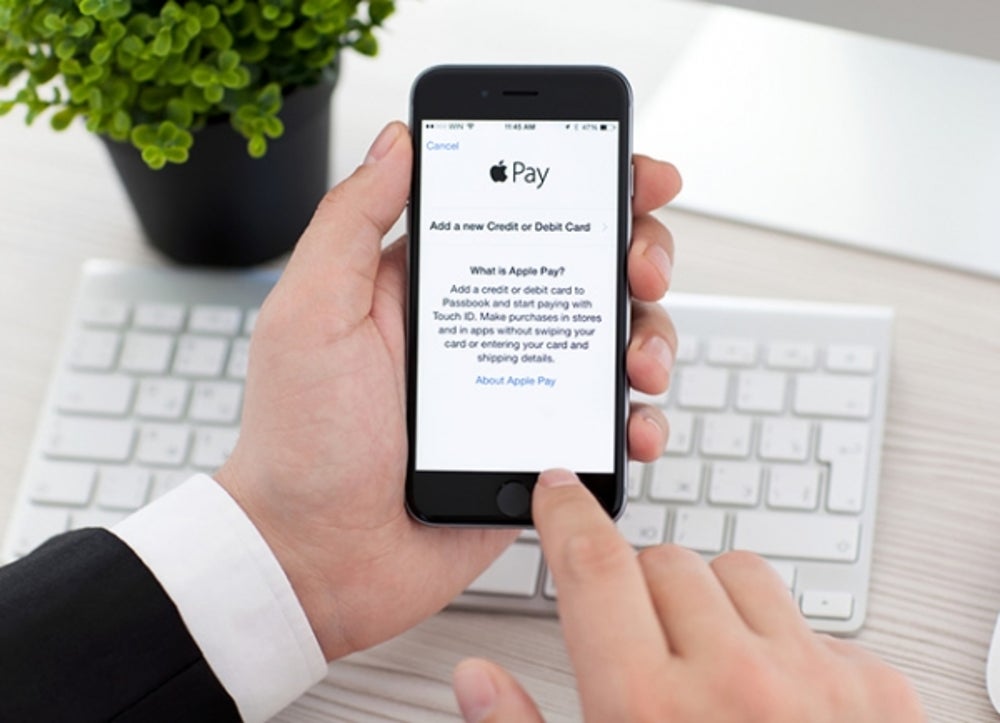 Early adopters have been testing the waters with Apple Pay, Google Wallet and apps that let customers pay at the table. Such systems are set to explode in 2016. Square, which enables vendors to process credit card payments via phone and iPad, says it will release an Apple Pay reader. And franchises that have been testing mobile apps, like Taco Bell, Dairy Queen, Dunkin’ Donuts and Burger King, are likely to officially launch the payment options in the next few months. 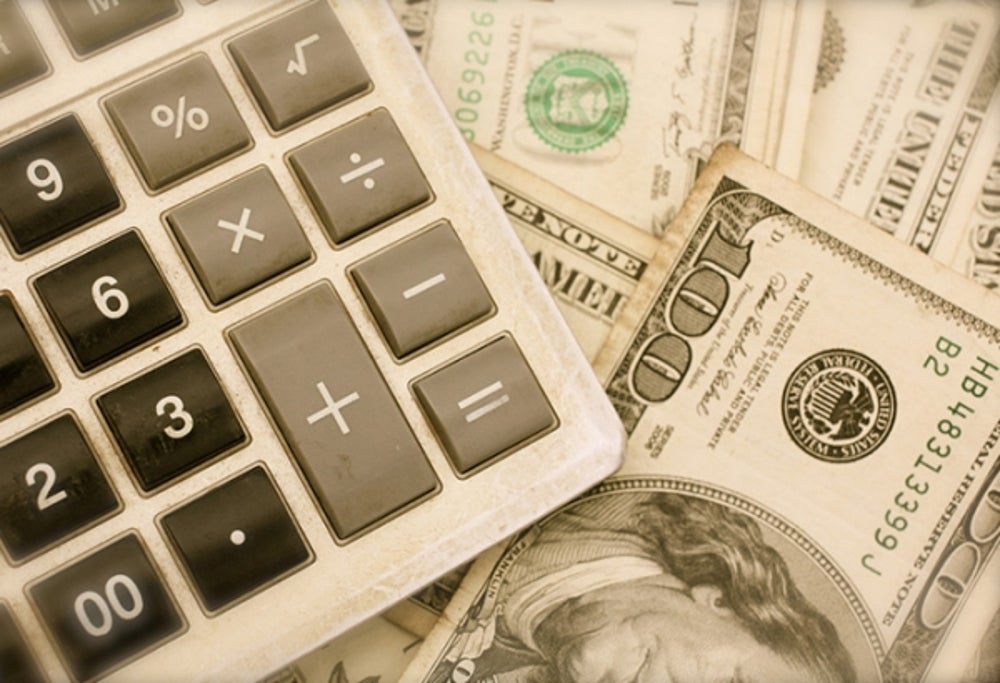 During the Great Recession, it was almost impossible to get a loan to open a franchise. The SBA, banks and other sources of traditional financing dried up in a big way, and people with the skills and desire to open a franchise had to find alternative methods of acquiring startup cash. After many failures, fits and starts, some of those concepts and practices have gained a foothold.

ApplePie Capital, which makes loans to franchisees and then sells those loans to investors, launched this year in San Francisco and is working with 20-plus franchise partners. New York City-based BoeFly lets franchisees create one online loan application so they can be matched with compatible lenders, a service that a dozen franchise brands now support.

Meanwhile, flipping a 401k to invest in a franchise has become a common practice. Some franchise brands are even offering in-house financing.

“In 2003 when we launched, people were intrigued by IRA rollovers to start businesses,” says David Nilssen, CEO of Bellevue, Wash.-based Guidant Financial. “Now, we are putting $140 million into franchising. We’re seeing a significant number of franchisees utilizing this tool, and I think rollovers are now the No. 1 method of financing for franchises under $350,000.” 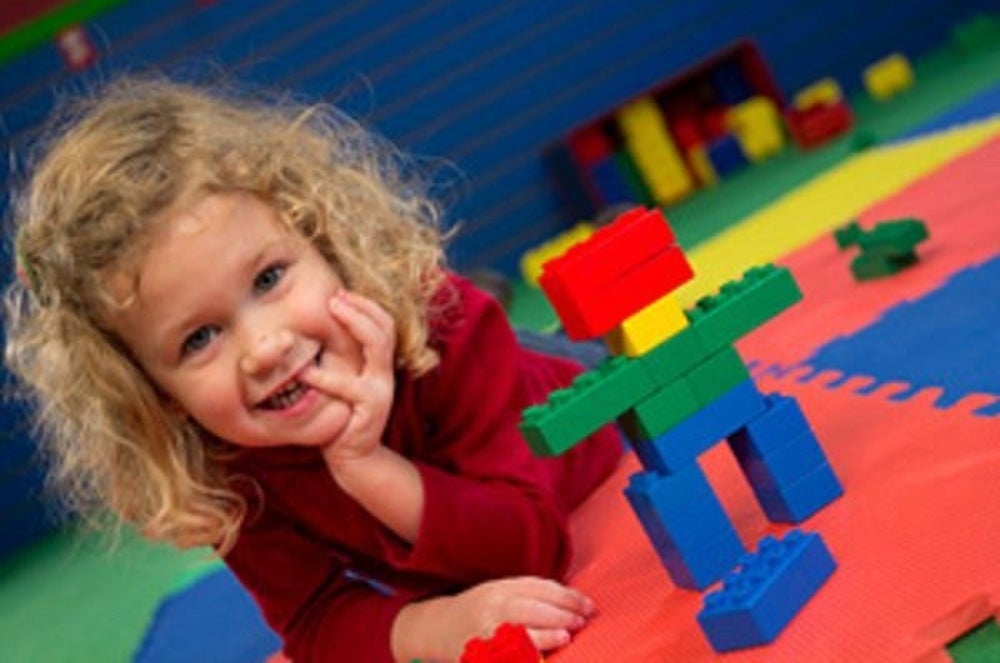 Perhaps one of the biggest trends of 2016 will turn out to be the continuing dominance of major categories that have emerged over the last five years.

Franchises for children are seeing a boom mainly through STEM (science, tech, engineering and math) concepts such as Bricks 4 Kidz, Young Engineers and Engineering for Kids. Tutoring services are also proliferating rapidly.

The fast-casual dining category is moving well beyond burritos and pizza to offerings like falafel, sushi and even customizable macaroni and cheese.

Meanwhile, senior-care franchises continue to launch in response to the growing elderly population. “A lot of it is driven by the aging of the Baby Boomers, and that doesn’t peak until 2032,” says Thom Gilday, president and COO of BrightStar, a senior-care franchise based in the greater Chicago area. “We’re seeing a generation that continues to have higher disposable income and the desire to spend their senior years at home.” With 301 units operating nationwide already, BrightStar expects to add 40 more in 2016. 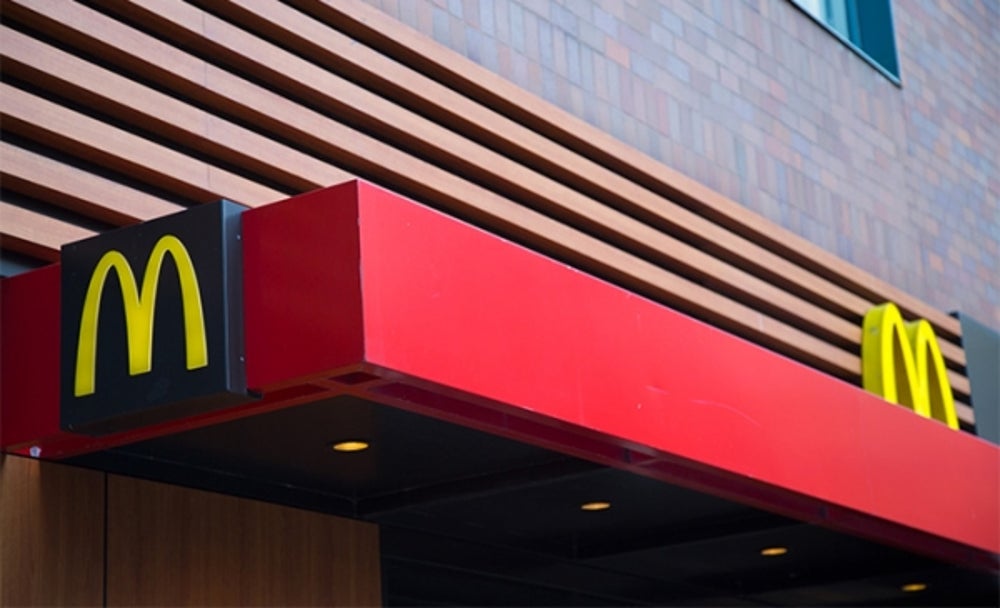 In late 2014, the National Labor Relations Board ruled in a batch of unfair labor practice complaints that McDonald’s was a joint employer with its franchisees. So instead of only franchisees -- usually separate corporations -- being on the hook for complaints about workplace harassment and the lack of overtime pay, corporate could also be legally responsible. In theory, the ruling opened a crack that allows fast-food workers and other franchise employees to unionize.

For more than a year interested parties waited for clarification of the ruling, and in August they got some. In a decision known as Browning-Ferris, the NLRB ruled that a recycling company was a joint employer with an industrial staffing service that it used, seeming to back up the idea that franchisors are co-employers. Now the franchise world enters 2016 in even deeper limbo, with some onlookers calling the ruling no big deal, others lauding the decision and still others contending that the sky is falling.

Steve Caldeira, former CEO and president of the International Franchise Association, said in a statement: “If allowed to go into effect, the impact of this new joint-employer rule would be sweeping and widespread, create havoc for the franchise industry and, ultimately, would inflict serious damage to our nation’s economy.” Happy New Year. 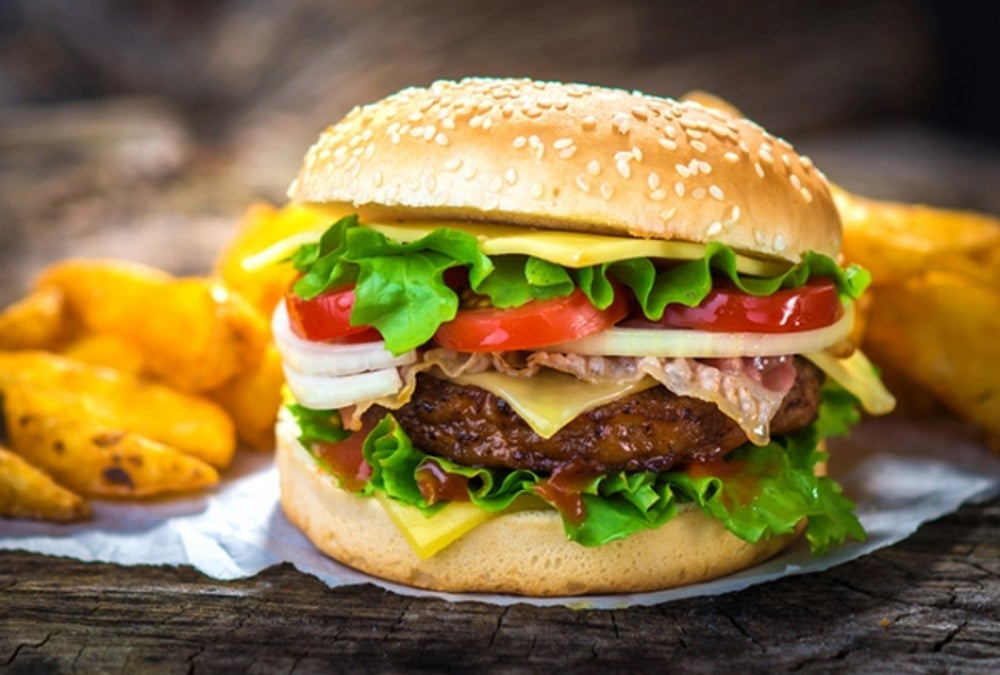 In July, Hardee’s joined sister chain Carl’s Jr. in adding the All-Natural Burger to its menu. The beef patty has no antibiotics, steroids or added hormones and comes from grass-fed, free-range cattle. It’s a bid to lure back some of the health-conscious consumers who have abandoned fast food in favor of fast-casual fare.

Other chains have committed to eliminating artificial colors and preservatives from their products. Noodles & Company claims to have finished the process in October. Papa John’s says it will remove 14 artificial ingredients from its pizza by the end of next year, a move that will cost the company $100 million. Pizza Hut and Taco Bell also started cutting out the bad stuff this year. Subway announced it will drop artificial ingredients by 2017. Even McDonald’s joined the trend, announcing it will begin using antibiotic-free chicken by 2017. 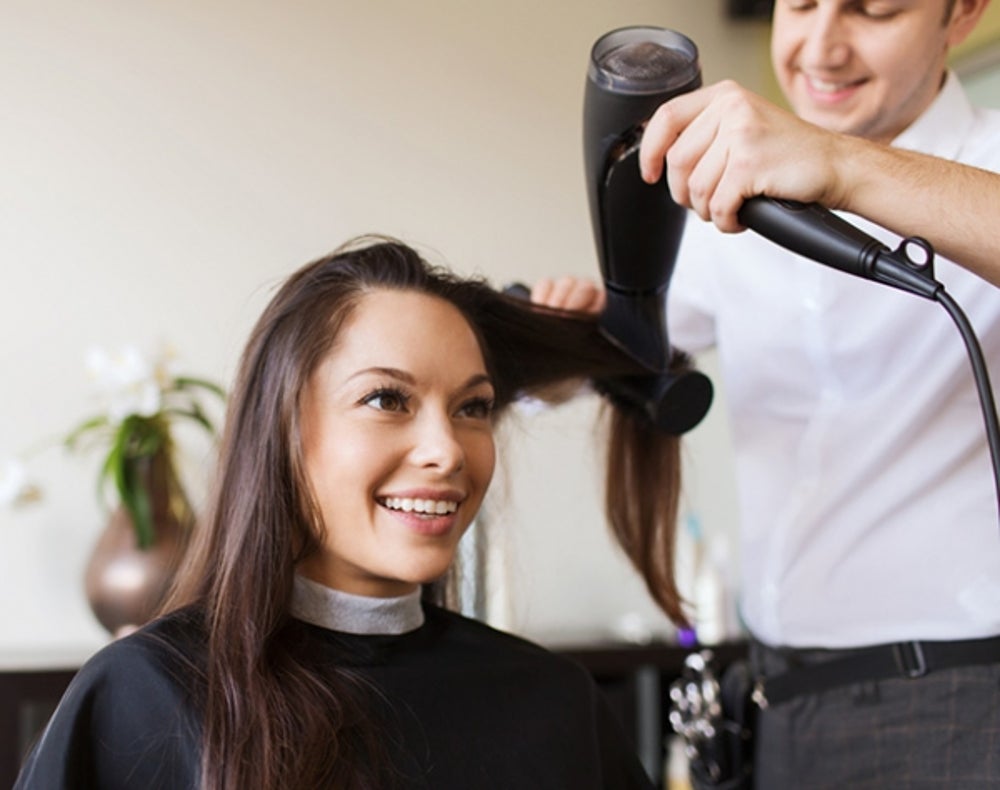 Blow-dry bars have been popular in large urban areas for years. Now the salons -- where customers get their hair washed and styled for a big date, big meeting or just for fun -- are blowing into the franchise world in a big way. Among the players: Blo, Primp and Blow, Cherry Blow Dry Bar, BlowBar Express, Moxie Blowdry & Beauty Bar and Posh Blow Dry Bar.