From Chihuahuas to Ninja Climbing Claws: The 5 Wackiest Items Confiscated by TSA in 2015

Waiting shoelessly in line during interminable airport security screenings can feel like a special kind of torture. But a new blog post from the Transportation Security Administration (TSA) reveals that being on the other side of the aisle isn’t exactly a walk in the park.

“TSA had a busy year in 2015,” kicks off the post, which then goes on to recount the “many hazardous items that passengers attempted to travel with this year” -- ranging from the enthrallingly bizarre to the downright terrifying.

While unloaded and locked firearms can be transported in checked baggage, TSA said it confiscated a record 2,653 guns in carry-ons this year -- most of which were loaded and over 400 of which were in Texas airports. That number, which amounts to seven guns per day, is a 300 percent increase over the number of guns (660) confiscated a decade ago.

But in terms of types of weaponry, it’s just the tip of the iceberg. Check out our list of the five craziest objects confiscated by the TSA in 2015 below: 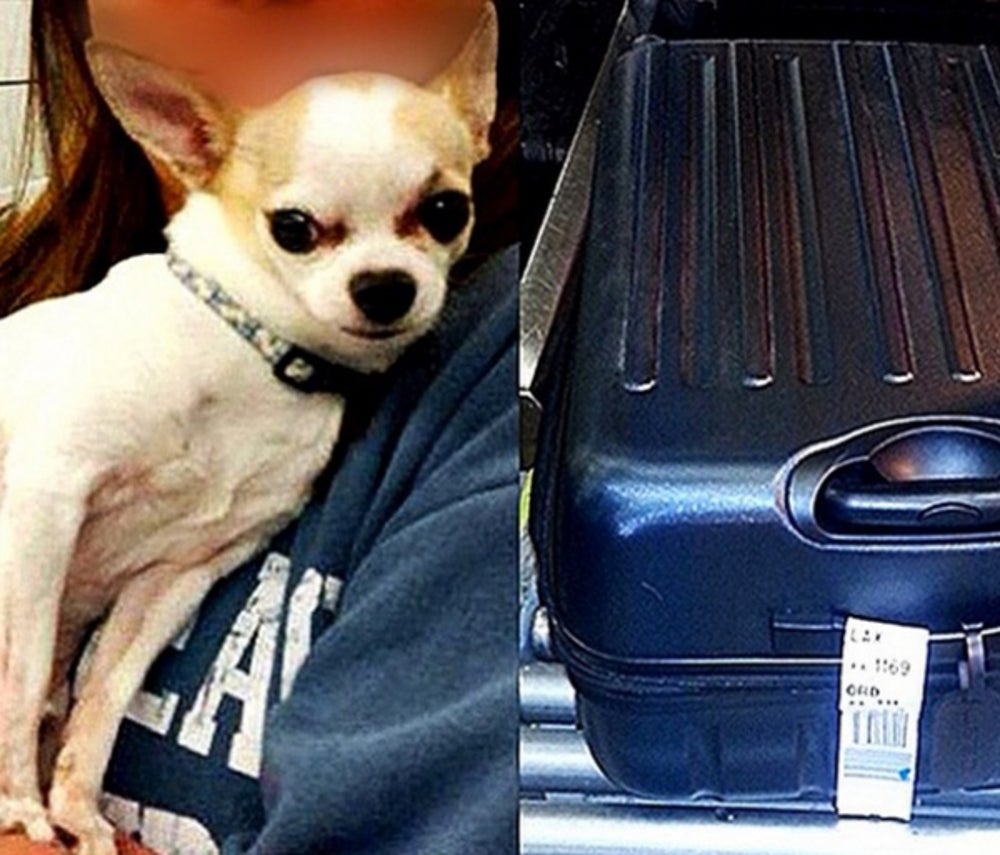 This must have been one seriously soundproof suitcase. An officer at LaGuaria Airport was shocked to discover last March a tiny dog curled up inside one woman’s checked luggage. It had reportedly climbed into her suitcase while she was packing, according to the TSA, and, upon its discovery, she summoned her husband to the airport, who promptly took the pooch back home. 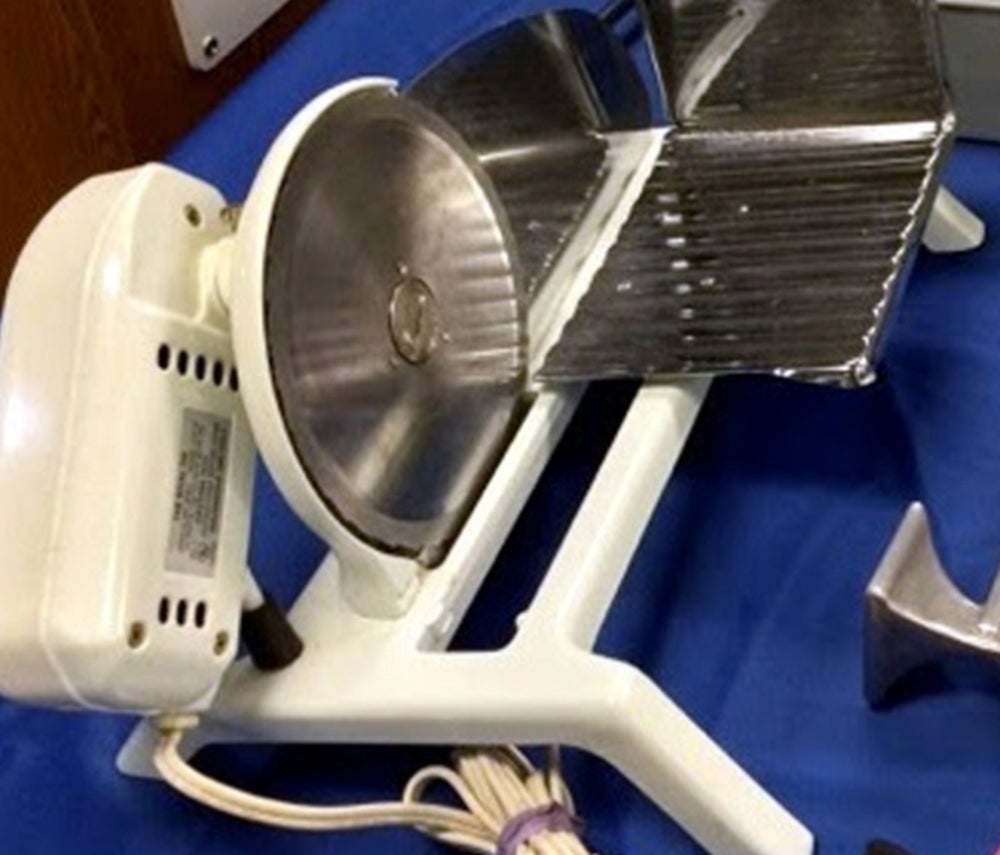 Airplane food is notoriously grotesque, but that doesn’t mean that passengers are going to be allowed to transport their own deli devices anytime soon. When a meat slicer was found at Southwest Florida International Airport, the TSA chided on its popular Instagram page that “Blades on slicers, blenders, and food processors are razor sharp and are prohibited from being packed in carry-on bags.”

3. Sculpture monster with a grenade 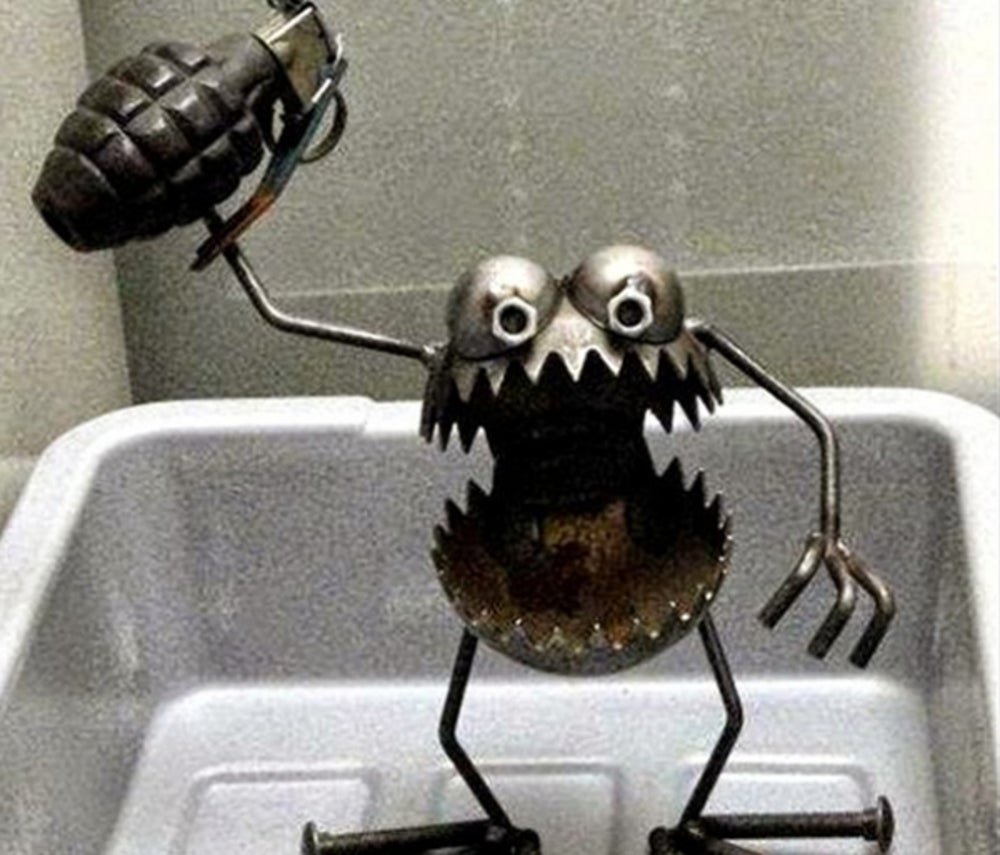 What is art? Well, when it comes to this jagged-toothed sculpture with screws for toes that’s carrying an inert grenade, TSA agents were decidedly nonplussed. In fact, while live smoke grenades and flashbang grenades were also discovered at several airports this year, inert weaponry is prohibited because agents must then take the time to determine whether or not it’s real, according to the TSA, often resulting in canceled or delayed flights.

Related: The 10 Longest Nonstop Flights in the World 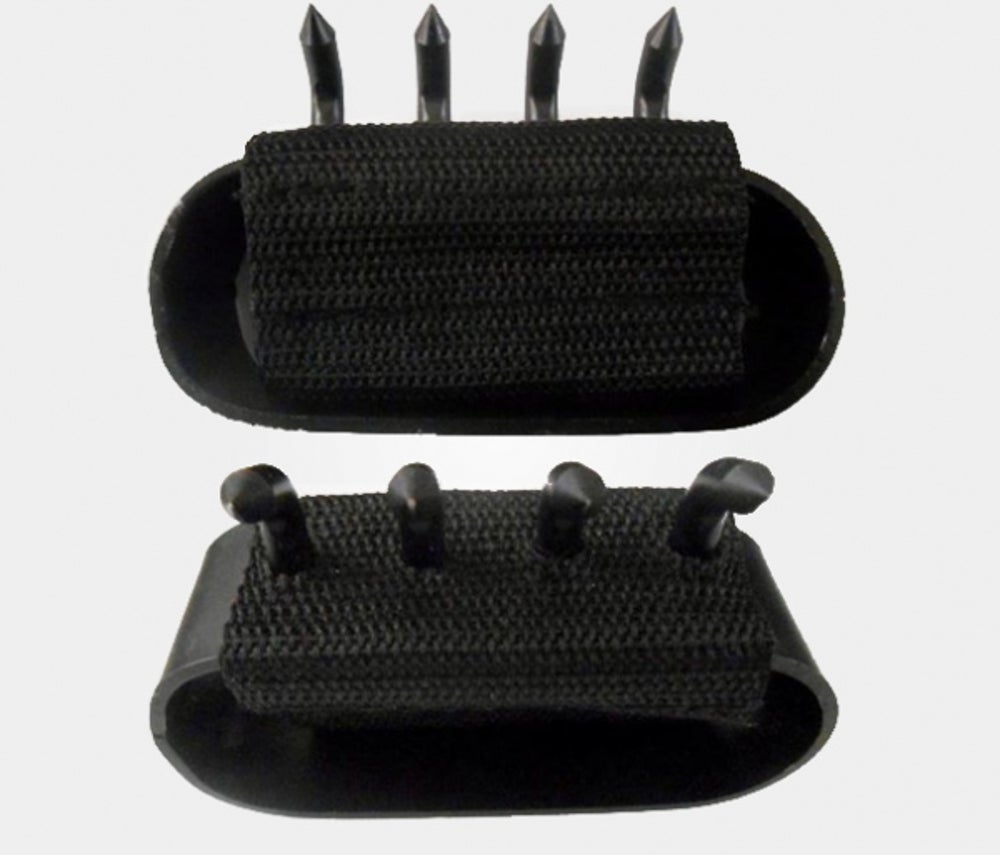 From samurai swords to batarangs (bat-shaped, boomerang-like weapons) to tomahawks to spearguns to knives to sickles, the sheer variety of sharp objects confiscated by agents this year might be enough to make even the Teenage Mutant Ninja Turtles blush. But most ninja-y of all, perhaps, was this pair of climbing claws, retrieved at the Savannah/Hilton Head International Airport. (Ninja climbing claws are permitted, per the TSA, but must be checked.) 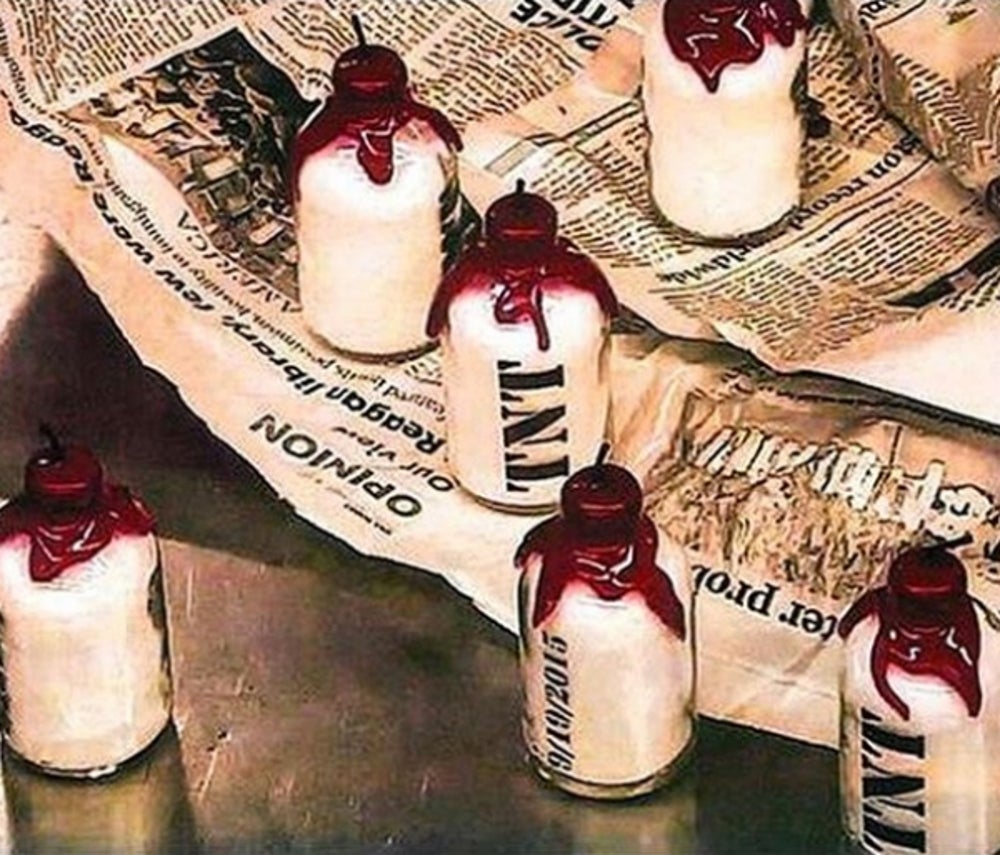 When a couple whose first names both start with the letter ‘T’ decided to give out ‘TNT’-themed souvenirs at their wedding, no one would have anticipated that the quirky gifts might result in a 20-minute evacuation of Denver International Airport last fall. The tiny bottles of bath salts labeled ‘TNT’ were topped with wax-covered lids and fuses, and ultimately had to be cleared by a team of bomb specialists. 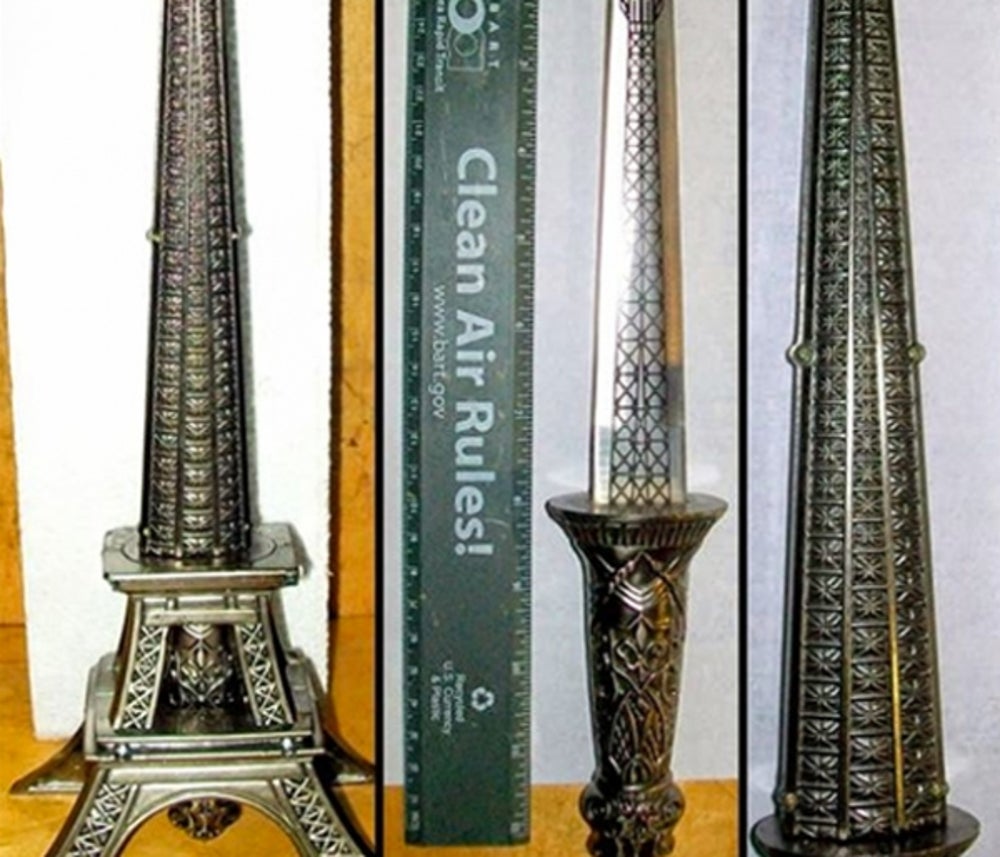 A Swiss Army Knife-like tool hidden inside of a hollowed out shaving cream can, an eight-inch knife concealed within a mini replica statue of the Eiffel Tower and marijuana buried inside of a jar of peanut butter.

Related: This Inventor Is Kickstarting Carry-On Luggage That You Can Ride Like a Go-Kart

Save More Than $2,500 on a Five-Night Maldives Vacation for Two at Travelzoo