McDonald's, Burger King, Taco Bell and their ilk can be found nearly everywhere in America, so it's not a surprise that crazy stuff regularly happens at these eateries.

Here are five of our picks for some insane occurrences:

1. That's not the kind of green they wanted. 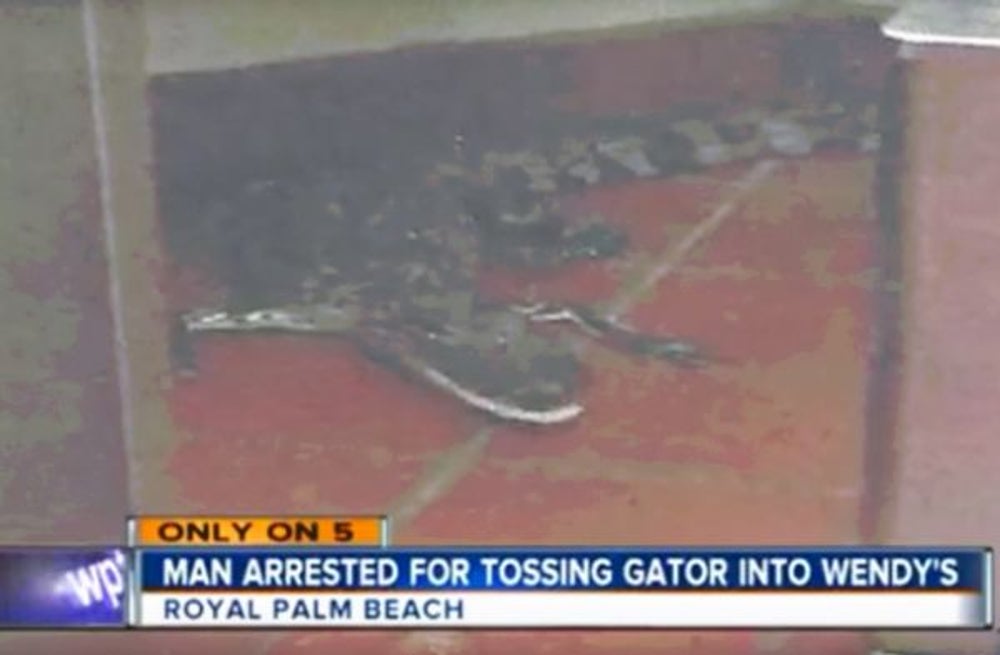 Unfortunately for the people of Florida, the rest of us expect crazy stuff to happen regularly in the Sunshine State. But a man arrested and charged with aggravated assault with a deadly weapon for -- wait for it -- throwing an alligator through a drive-through window? That's just nuts.

In October, Joshua James, 24, allegedly threw the 3-and-a-half foot reptile through a Wendy’s drive-through window in Royal Palm Beach and was then arrested. Charges also included petty theft and unlawful possession of an alligator. He was released on $6,000 bond.

James was also ordered to not have any contact with animals.

You can watch this crazy moment via recently released security footage video.

2. A milkshake and heartbreak. 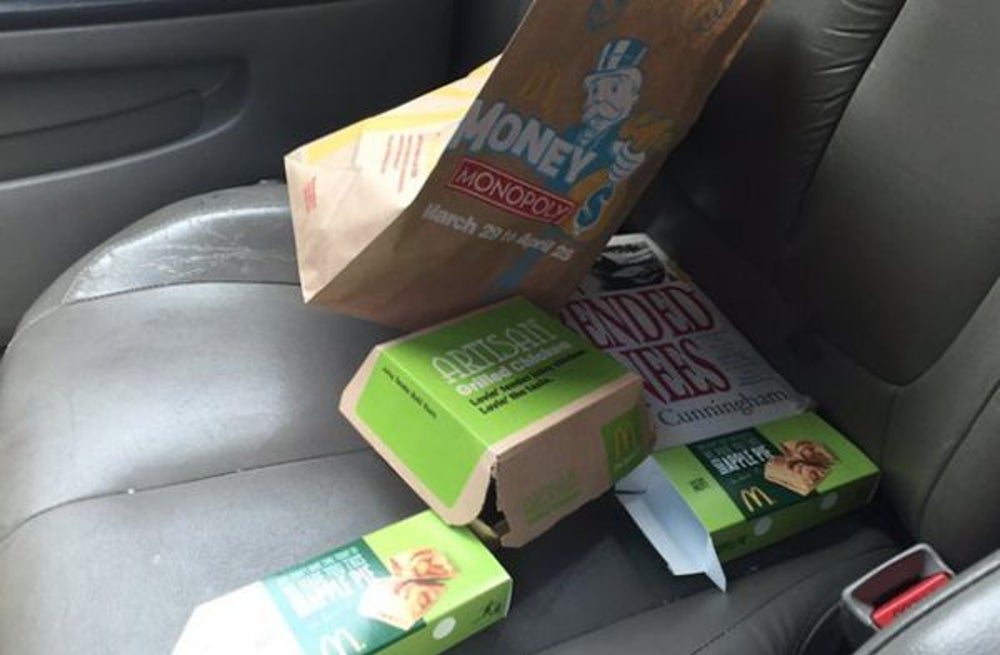 When Tennessee local Josh Raby went for a late night McDonald’s milkshake run down the street, he expected the norm: a quick exchange about his order and a tired employee telling him the total as he pulled up to the next window.

But what’s life without a few surprise ingredients every now and then?

The quick drive-through run began with a not-so-corporate greeting as an employee continued to confuse the order and revealed his wife just passed away. Raby detailed his experience by live tweeting the interaction and including a picture of his food order as proof. Followers were glued to the feed as Raby learned more about this man. After telling Raby to go away, he closed the window and began to cry.

Weeks later, it was revealed the sad tale was a farce as some had predicted, but it sure did capture a lot of attention. 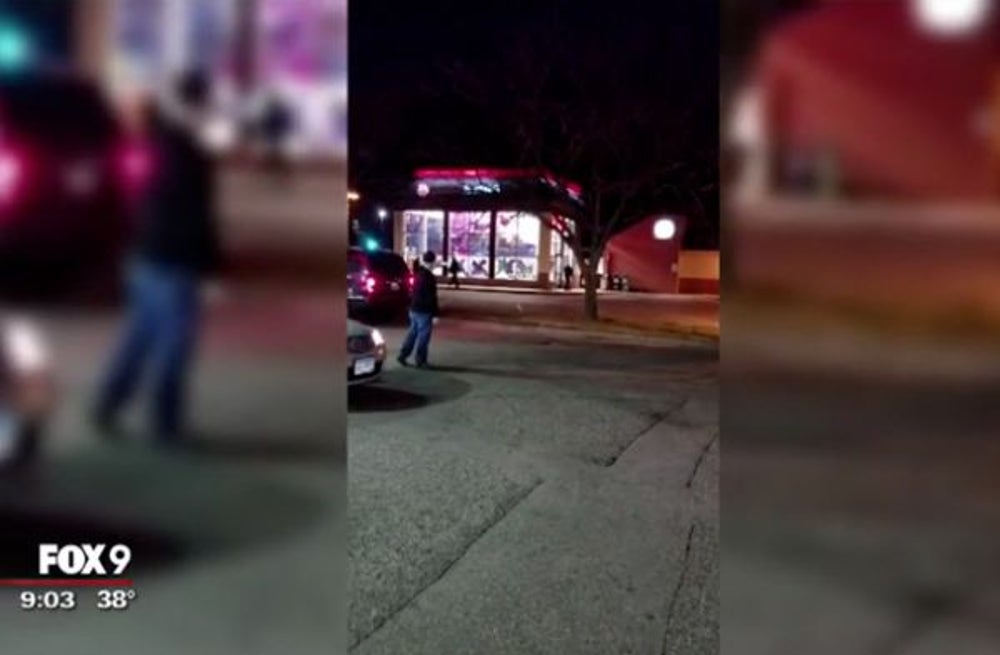 Windows get smashed every now and then -- robberies, punks causing trouble, angry customers, you name it. But what about window smashing by employees fearing their life is at risk?

A not-so-funny prank happened at a three Burger King locations in Minnesota.  A man called claiming to be a firefighter called the fast-food restaurant and warned the store it was full of carbon monoxide from a gas leak. By the time local authorities showed up to clear the air, employees had already busted all the windows to air out the restaurant.

This may be a bit of a throwback, but it’s totally worth it.

The video features a guy rapping his order to a drive through attendant. It obviously required hours of preparation, as the guy behind the mad rhymes memorized the entire menu and rapped it out while keeping with the beat.

The Big Mac rap went viral in 2006 and should never be forgotten. 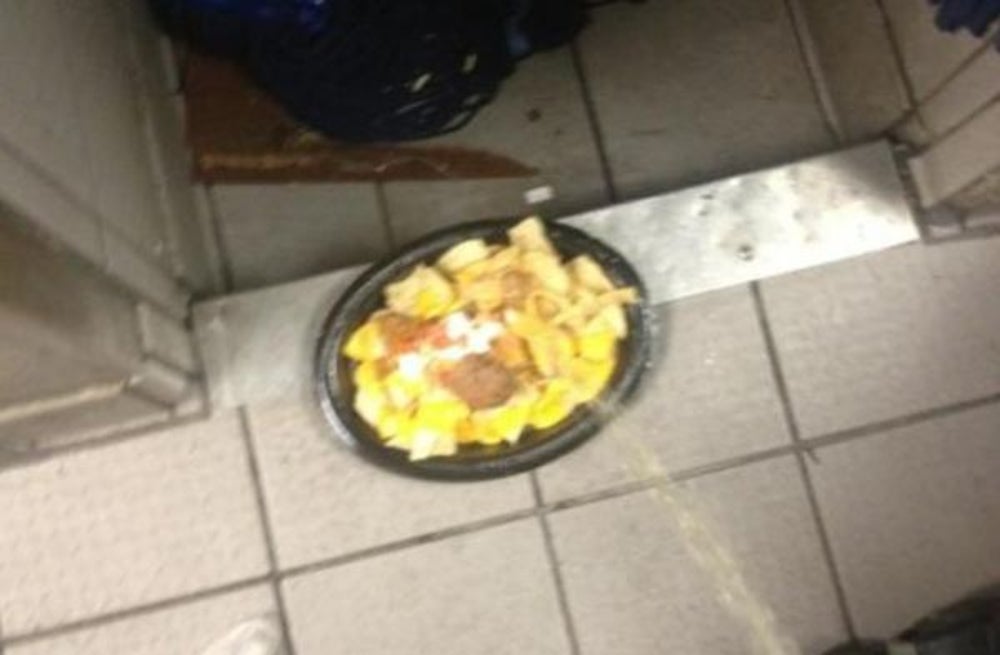 If Taco Bell’s low-grade meat doesn’t keep you away, maybe this image of an employee seemingly urinating on nachos will make you a bit more weary.

Not the brightest bulb, Cameron Jankowski, posted the disgusting picture on his own social-media account with his full name.

After receiving backlash, he later apologized, justifying his actions by explaining he did it out of sight of customers and threw it away afterwards. Obviously, people still weren’t comforted.

Needless to say, the guy who made this post lost his job either way.
More from Entrepreneur