The 11th edition of Aero India show started this week at the Yelahanka Air Force Station in Bengaluru with the best displays of for defence and aviation companies. The Aero India show this year will provide a significant platform in boosting business opportunities in International aviation sector. The air show and the exhibition is organized by Defence Exhibition Organisation, Ministry of Defence.

For the general visitor, the Aero India Show is a best opportunity to enjoy the impressive flying performances from the global aviation companies. The major highlight of the show is fighter jets that form a large chunk of the 72 aircraft being showcased.

The five-day event with a focus of Prime Minister’s Make in India initiative will see exhibitors from various countries like UK, Russia, Israel, France, Singapore and Greece.

F-16 Falcon being marshalled out of the parking bay for take off at AeroIndia2017 Bengaluru. The General Dynamics F-16 Fighting Falcon is a single-engine supersonic multirole fighter aircraft originally developed by General Dynamics (now Lockheed Martin) for the United States Air Force (USAF). 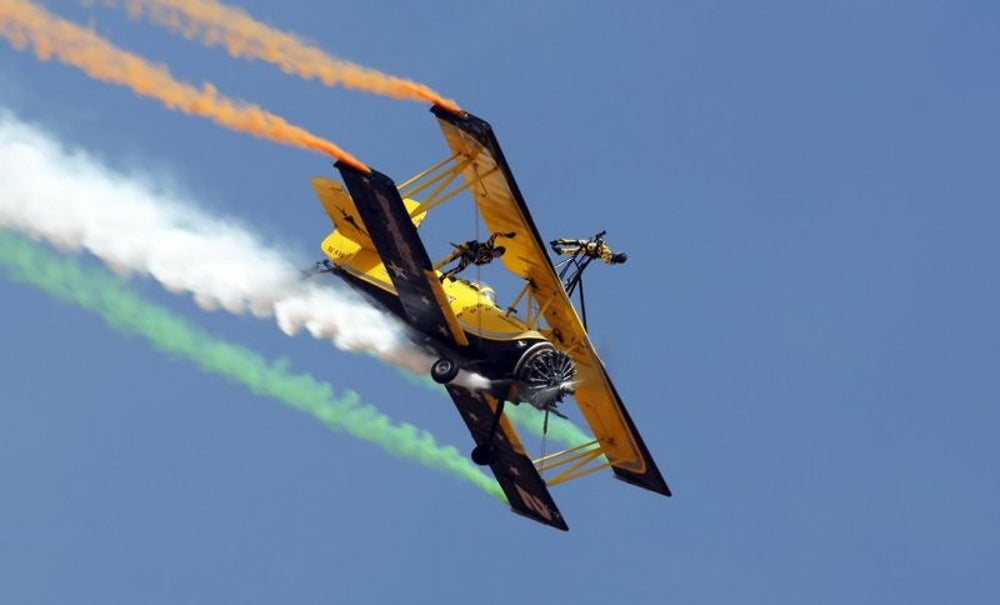 The Skycats team performed an aerobatic wing walking act on Catwalk at AeroIndia2017. The  Scandinavian Airshow with their Skycats displayed various adventurous moves on the aircraft. 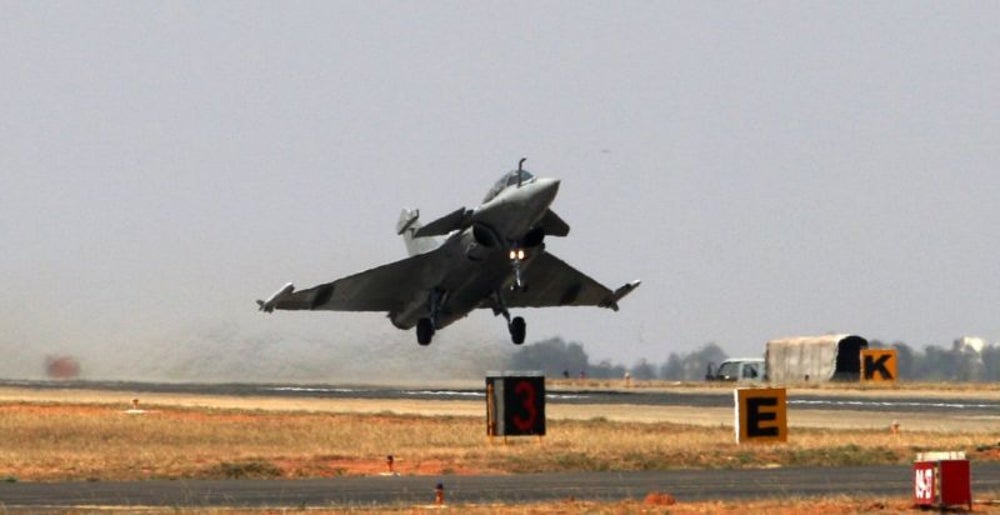 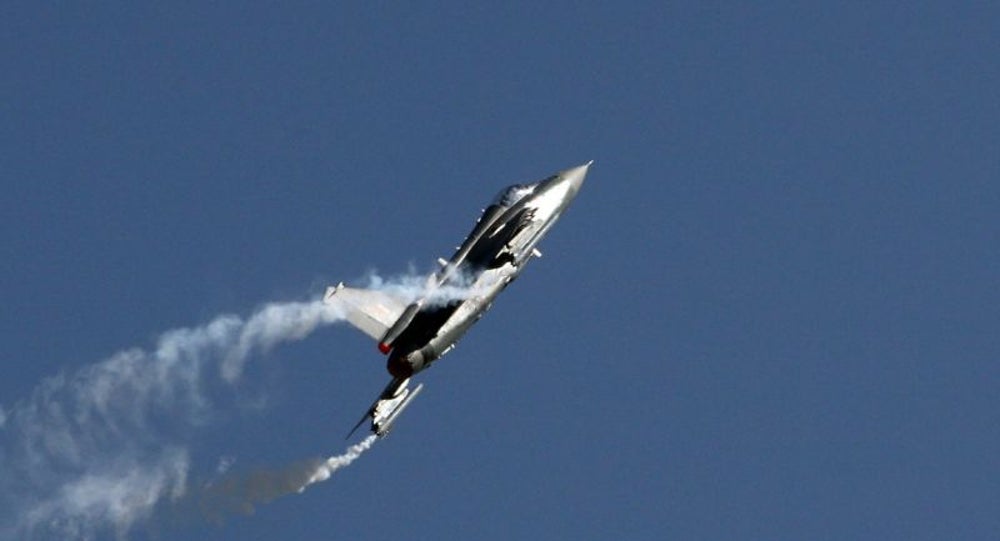 LCA Tejas strides through the sky at Yelahanka Air Force Station Bengaluru. The Light Combat Aircraft (LCA) is the smallest and lightest multi-role supersonic fighter aircraft of its class. It is designed and developed by the Aeronautical Development Agency (ADA) and Hindustan Aeronautics Limited (HAL) for the Indian Air Force and the Indian Navy. 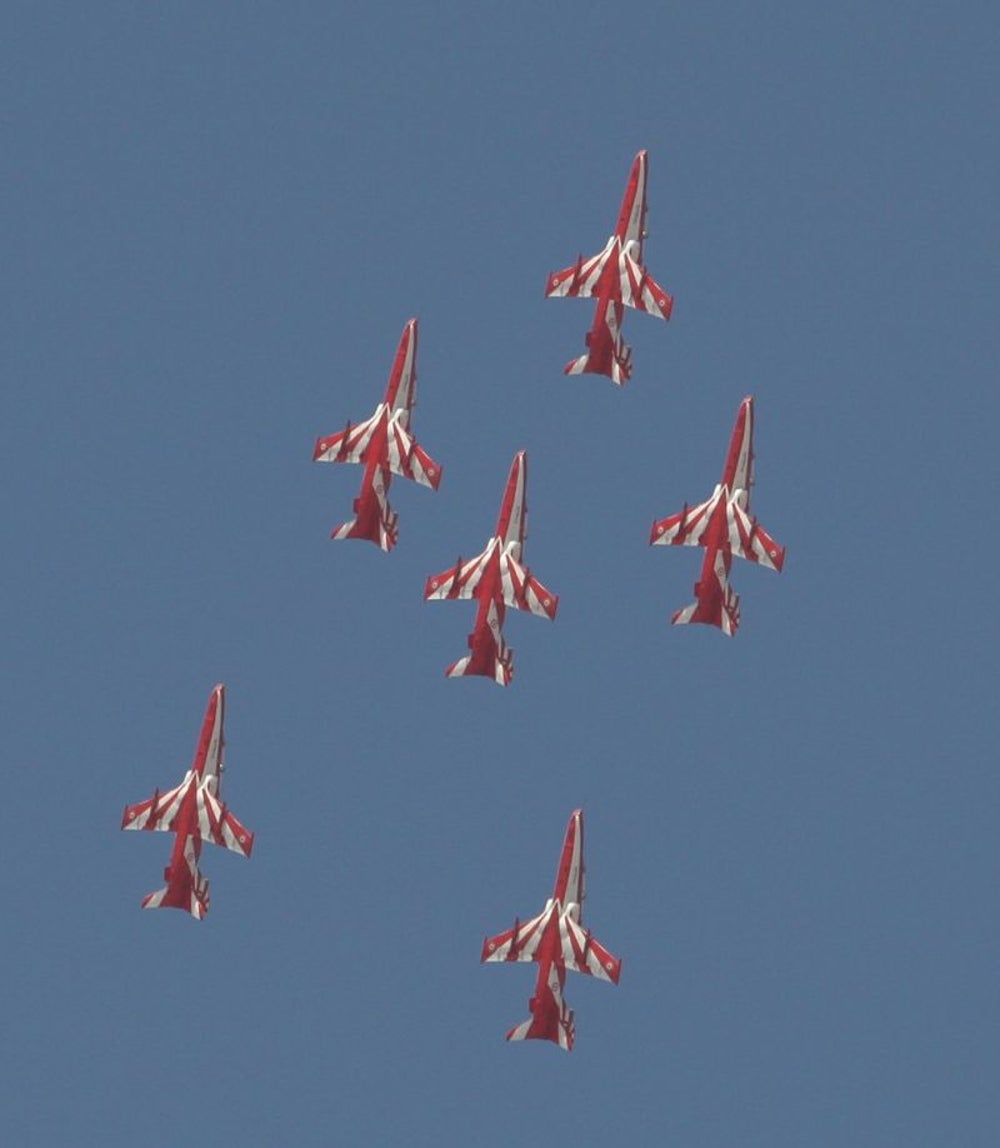 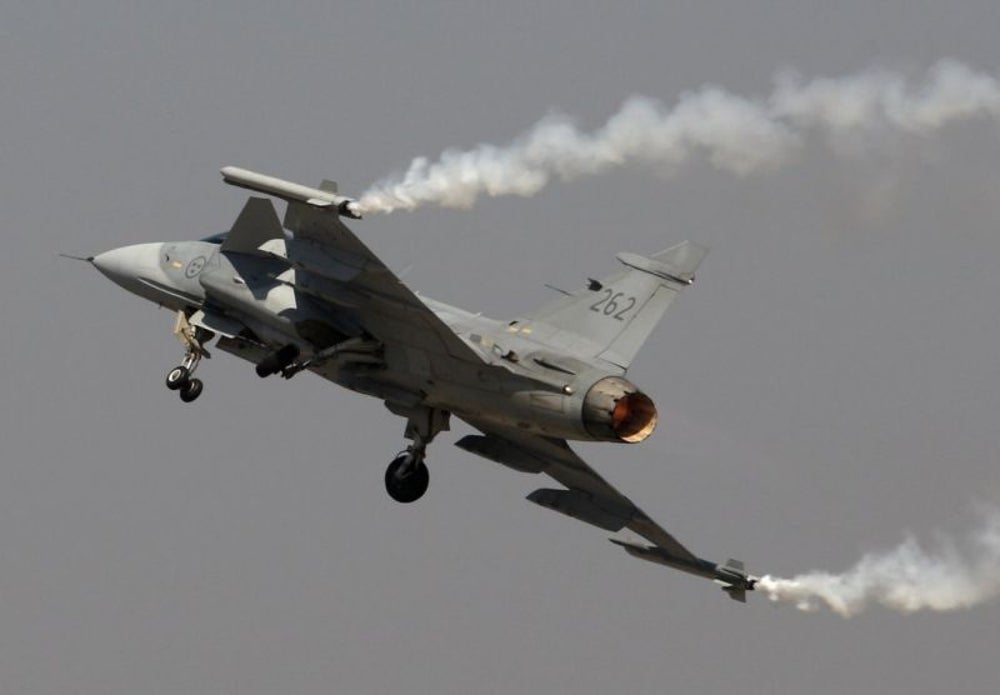 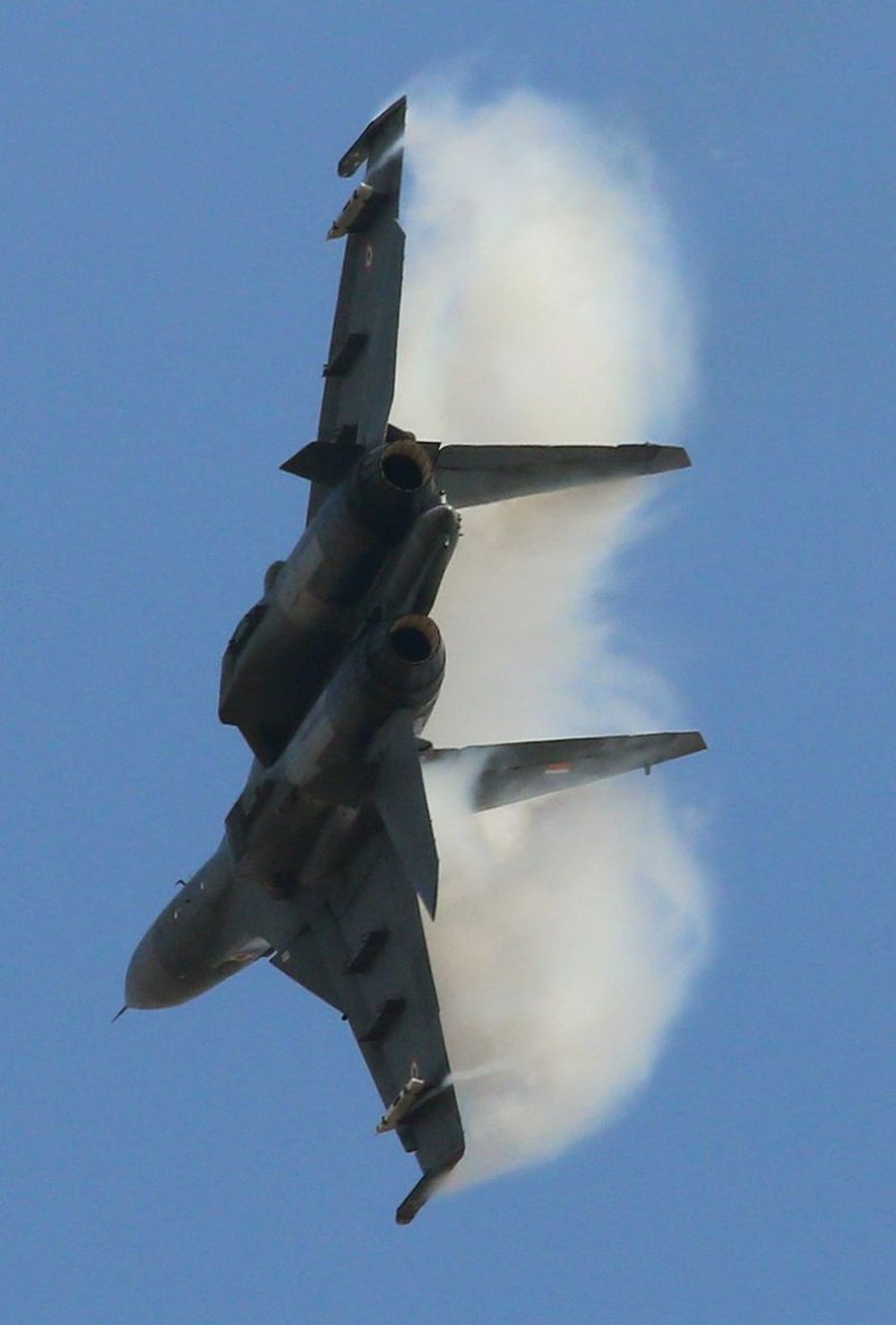 These Startups are Defying All Odds in India's Defence Industry

FDI Limit for Defence Equipment Hiked from 49% to 74%; FM Stresses on 'Make in India' for Defence