The American Workplace Is as Depressing as You Think, But There's a Bright Spot

While employees are finding meaning in their work, opportunities for advancement are often in short supply, according to a new study.
Next Article

We spend the majority of our lives at the office, and Americans get a deserved reputation for being workaholics. Last year, 54 percent of workers in the U.S. didn’t take all of their allotted vacation days.

But a new study conducted by the think tank RAND Corporation, Harvard Medical School and UCLA illuminates how particularly fraught employees' relationships are with their workplace, beginning with the statistic that one in five workers deal with a hostile environment -- which the researchers characterized as being “disturbingly high.”

The researchers polled 3,066 working adults across the United States. Among the key findings, the study found that jobs in the U.S. are a combination of monotonous busy work and self-directed problem-solving.

While 62 percent of workers say they face monotonous tasks, more than 80 percent report that their jobs involve "solving unforeseen problems" and "applying own ideas." 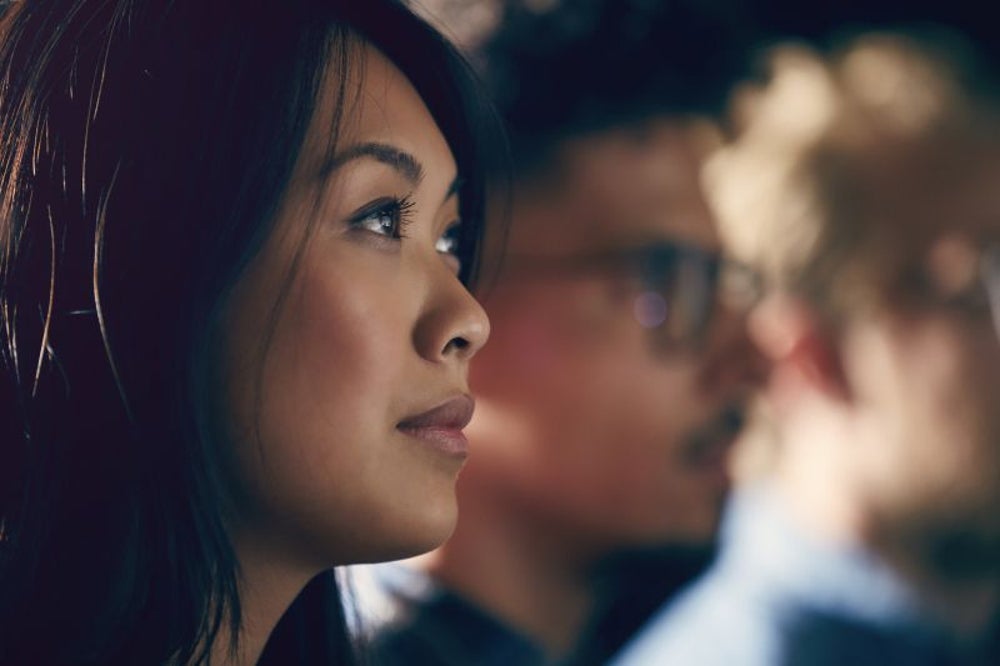 Four out of five American workers said that their job provides "meaning" always or most of the time. 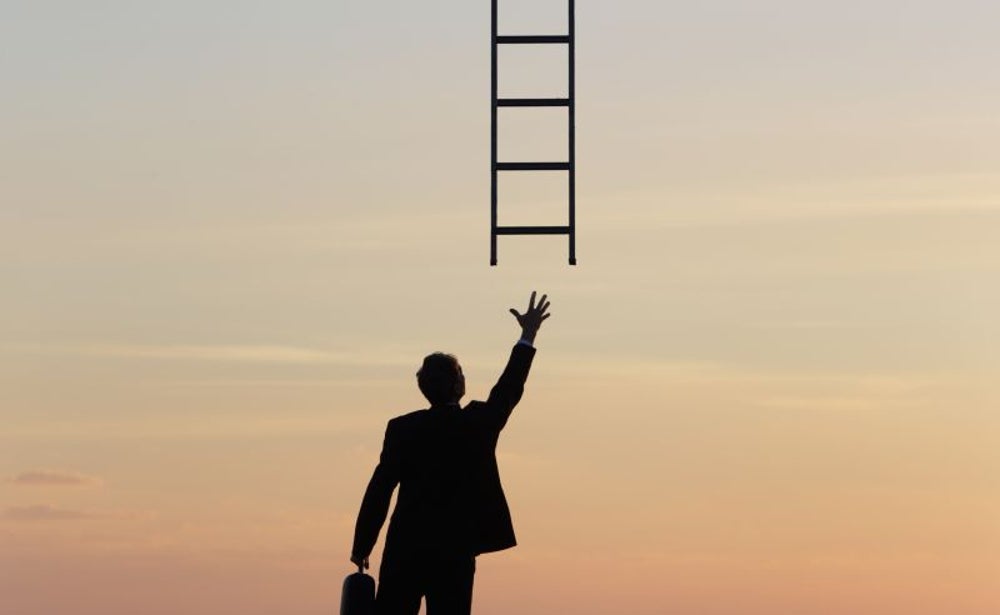 But while meaning seemed abundant, the opportunity to move up on the chain was in short supply. Only 38 percent of workers reported their job provided good prospects for advancement. And all workers no matter their educational background said that they became less optimistic about career advancement as they age. 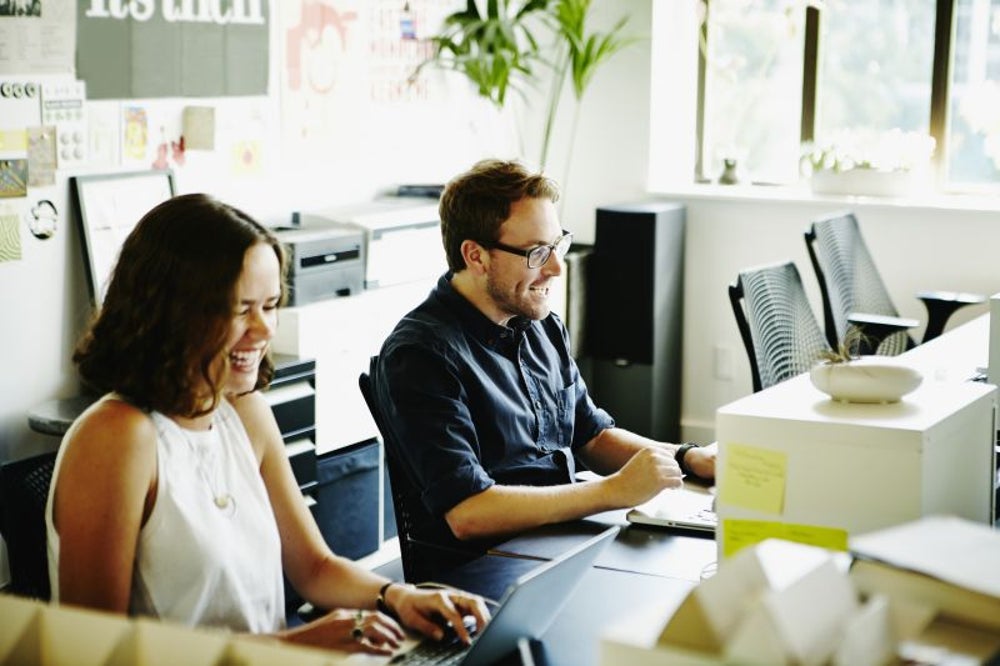 Image credit: Thomas Barwick | Getty Images
More than half of workers said they had supportive social networks on the job and friends at the office 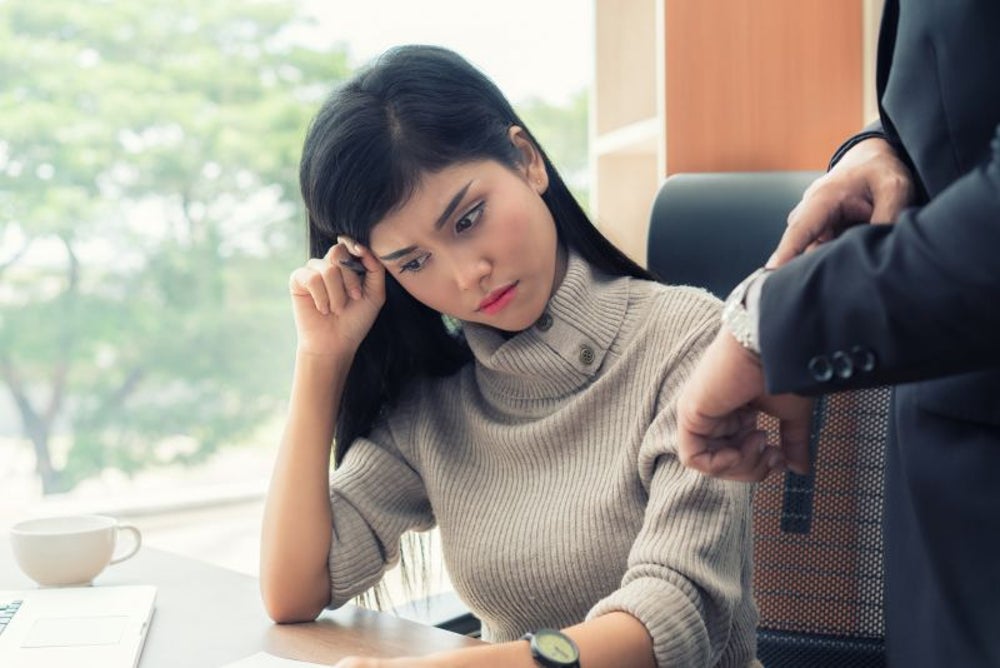 Image credit: Prasit photo | Getty Images
One in four workers said they have too little time to do their job. 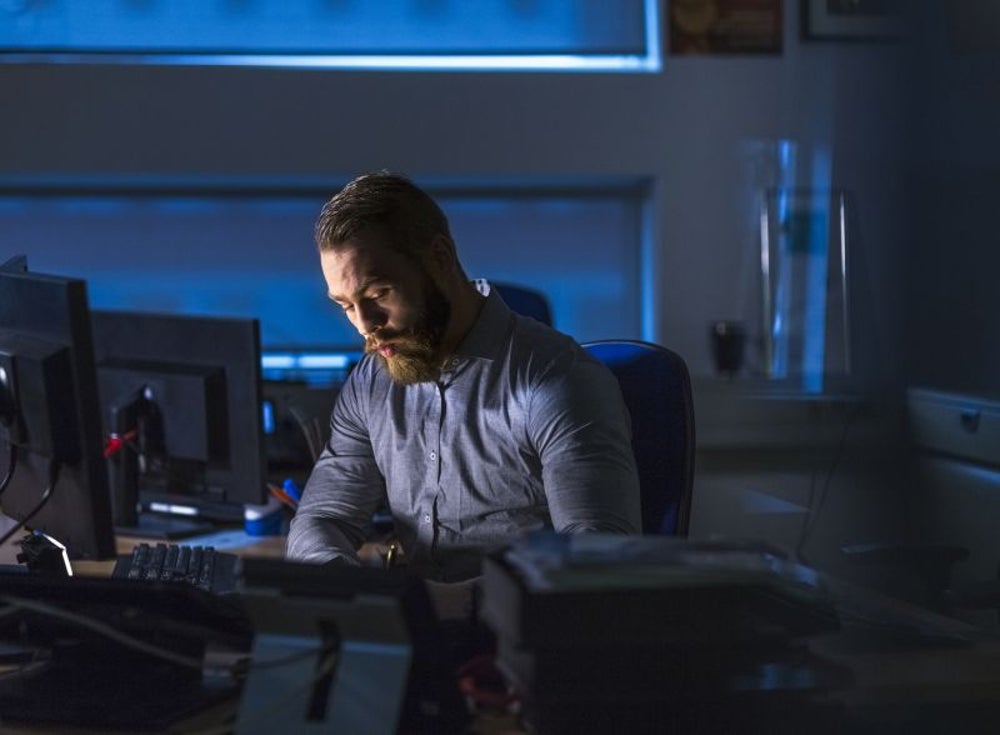 Image credit: Portra Images | Getty Images
Nearly half of the employees polled reported working more than their preferred number of hours per week.

Free time at a minimum 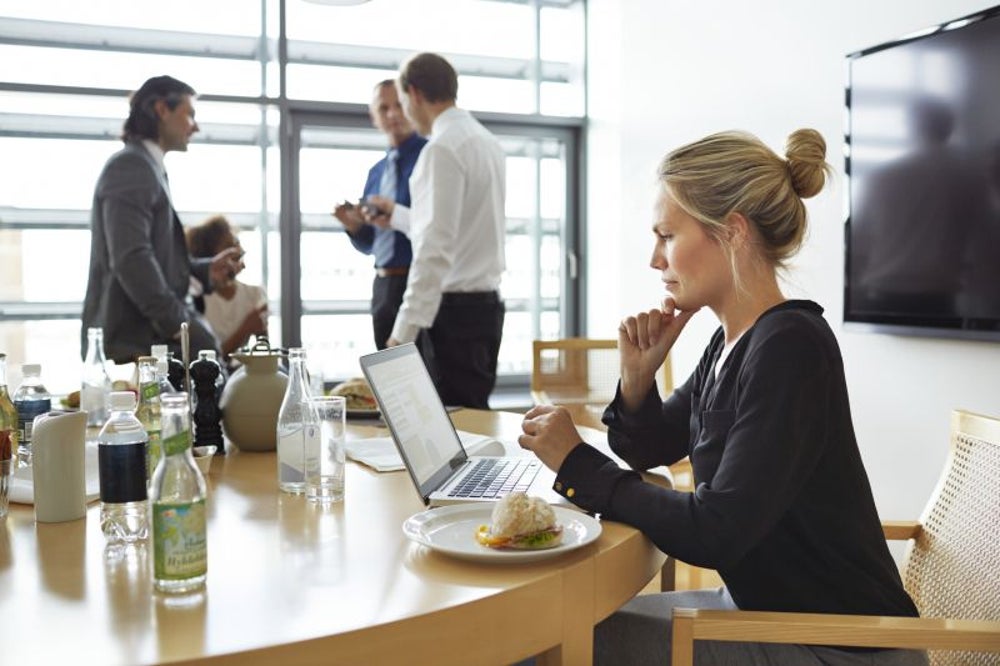 Image credit: Klaus Vedfelt | Getty Images
Half of employees said they do some work during free time to meet deadlines. 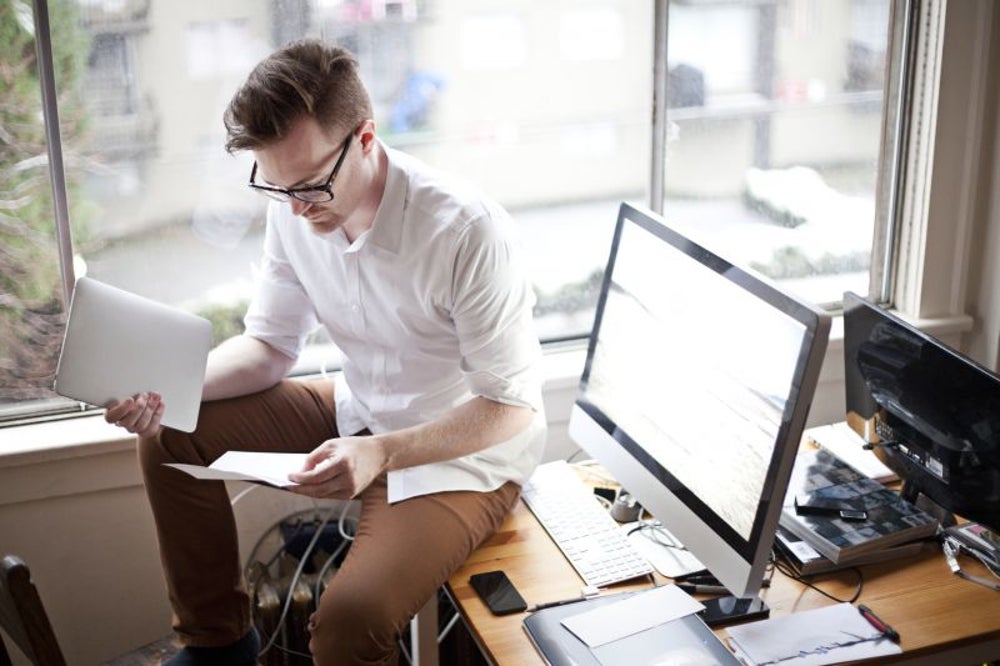 Eight in 10 American workers said they have steady and predictable work throughout the course of the year.

Telecommuting not an option 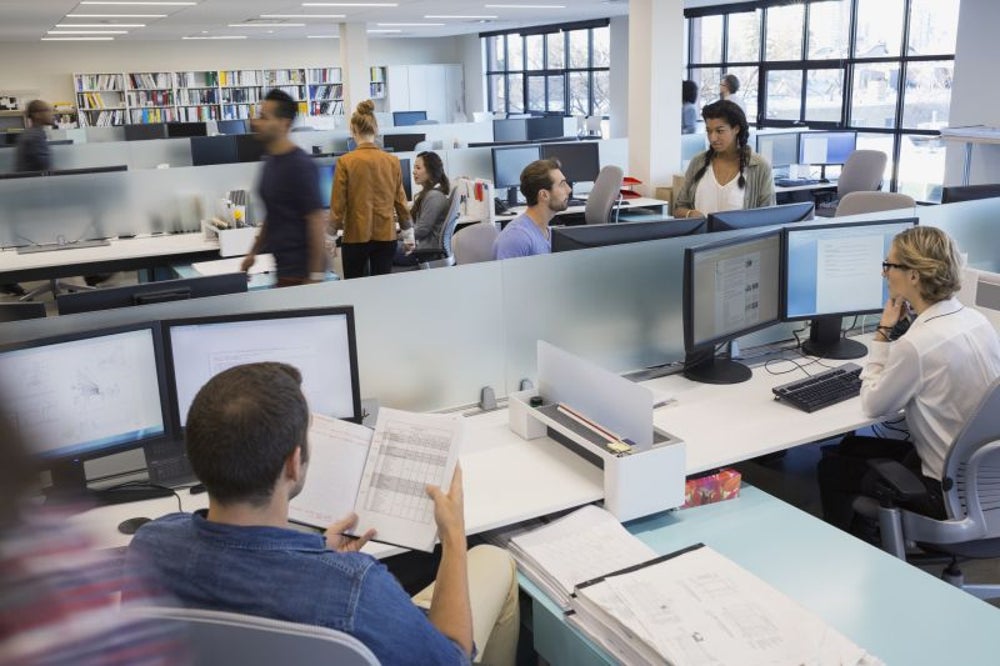 Image credit: Hero Images | Getty Images
Seventy-eight percent of employees said telecommuting isn't an option -- they have to be in the office during business hours. 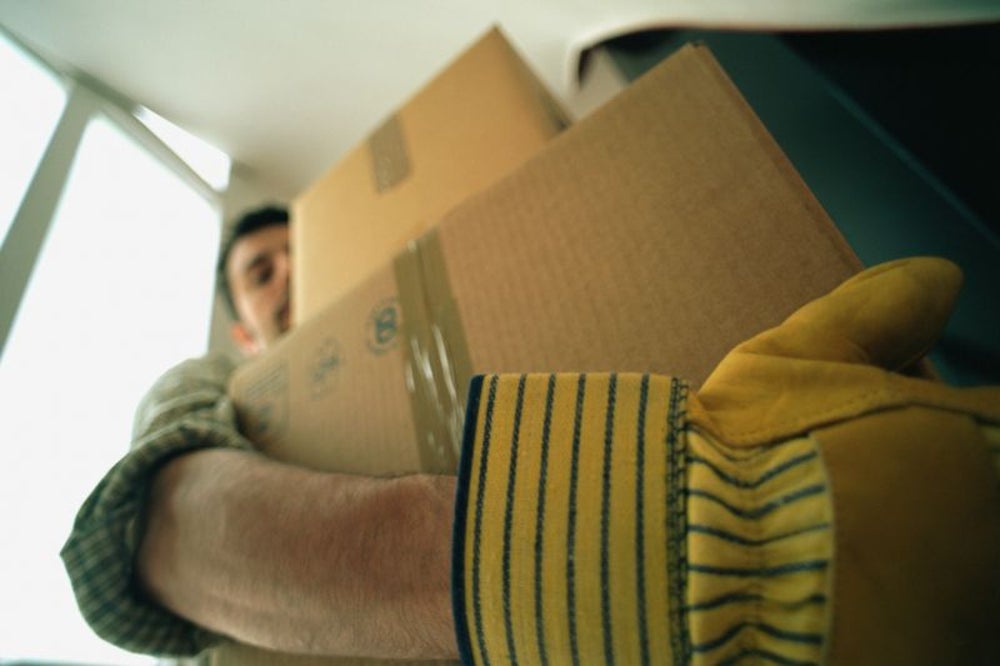 Image credit: James Hardy | Getty Images
Three-fourths of employees reported intense physical exertion at least a quarter of the time when they are at work.

Work takes precedence over the personal 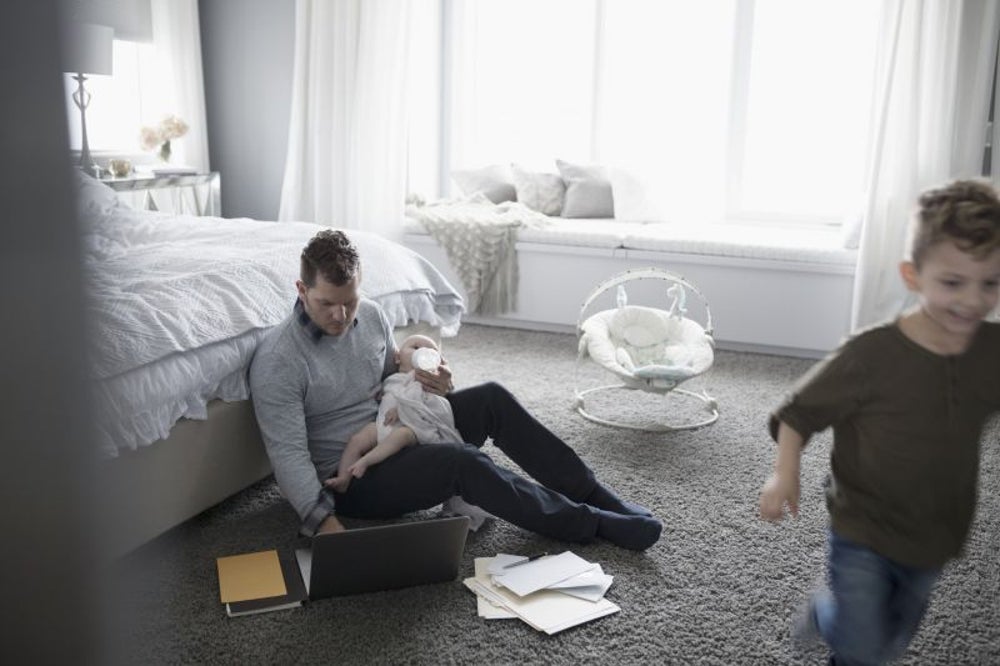 Image credit: Hero Images | Getty Images
A third of employees reported not being able to alter their work schedules for their personal life. And one in four workers said that there is "a poor fit" when trying to schedule their work and personal commitments.
More from Entrepreneur

How to Keep Your Employees From Checking Out

7 Ways to Ignite Employee Engagement and Boost Your Bottom Line

Gen Z Expects Employers to Treat Them Differently. Here's How to Bridge the Generational Gap.

8 Ways to Make Sure Your Leadership Style Isn't Offensive