These apps, companies, and devices have flown too close to the sun. The tech grim reaper is coming for them, and he is without mercy.
Next Article


The tech world operates just like the natural one: weeding out the chaff through cold, unsentimental natural selection. Buying habits, user behavior, societal trends, and the forward march of technological innovation always leave a heap of failed or outdated products, companies, and trends in the dust. Whether it's a veteran device struck by the hammer of obsolescence or a new glorious entry into the Museum of Failure, for some tech it's simply time to die.

We love predicting what tech will meet its demise in the coming year, but we don't always get it right. In 2016, we made 11 death pool predictions. Let's take a look at how we did:

1. GoPro. Not quite. GoPro is still releasing new action cams like the Hero 6, but its stock continues to tank as the company enters what seems like a long, slow death spiral.

4. Twitter, Inc. Hell no, baby! Twitter still loses gobs of money and can barely run itself competently, but thanks to our Tweeter-in-Chief, Twitter has become an addictive dumpster fire we can't help stare at while slow-roasting our poor souls.

8. Google Cardboard. Kind of. Google's DIY augmented reality headset is still available, but Google is more focused on the Daydream View ($89.90 at Amazon) as the mixed reality space grows crowded with a bevy of Windows partner headsets.

9. Marissa Mayer's Tenure as CEO. This one was a gimme.

10. Internet Explorer. We're going to give ourselves this one. IE still technically exists, but Microsoft Edge is the default Windows browser now and, by the way, it rocks.

11. Elon Musk. I don't know why we keep putting Elon on here, but it stops now. 'Ol Musky has too many irons in the fire -- Tesla, SpaceX, The Boring Company, Hyperloop, Neuralink, SolarCity -- for his tech to die anytime soon (or ever, if he colonizes Mars). Let the man have his lavish product reveals and pretend to be Tony Stark. He's got too many horcruxes to be defeated.
I don't want to throw our previous tech Nostradamus under the bus (because I'll probably be just as wrong a year from now), but technically we only went 3/11 last year. Oof, nowhere to go but up. Please, noble commenters, don't be shy with your opinions on this year's picks and those technologies you don't think will survive to see 2018. Now, on to this year's predictions. 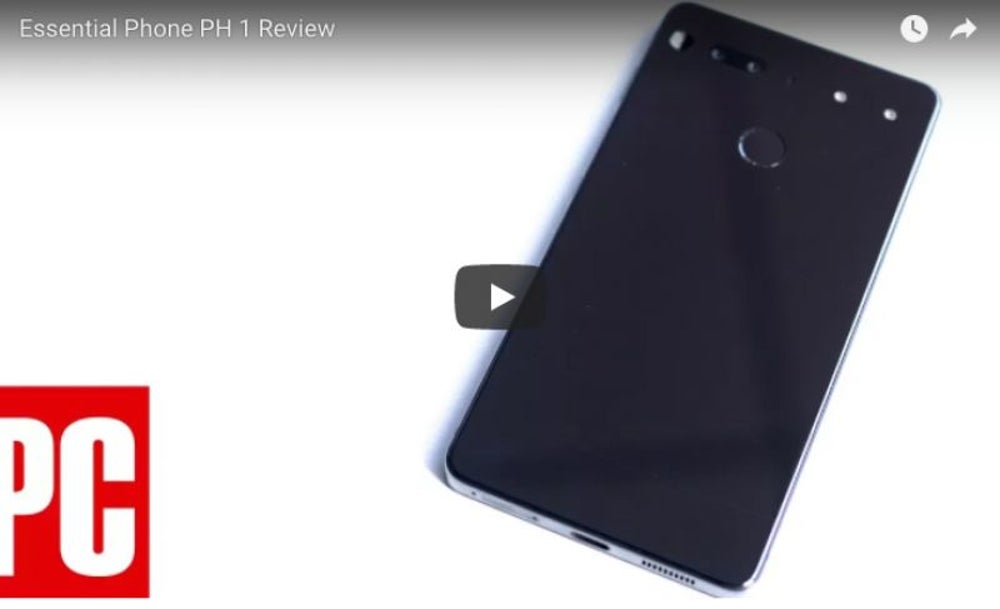 Oh, Essential Phone. We hardly knew ye. Andy Rubin's modular smartphone passion project has already gotten a $200 price cut amid paltry sales and Rubin himself took a brief leave of absence under murky circumstances. It's not a bad smartphone -- far from it -- but PCMag's Lead Analyst Sascha Segan may have put it best concerning the startup's hefty $300 million in seemingly wasted VC funding: "The company has good ideas, but execution is hard, and it looks like Essential hasn't been executing." 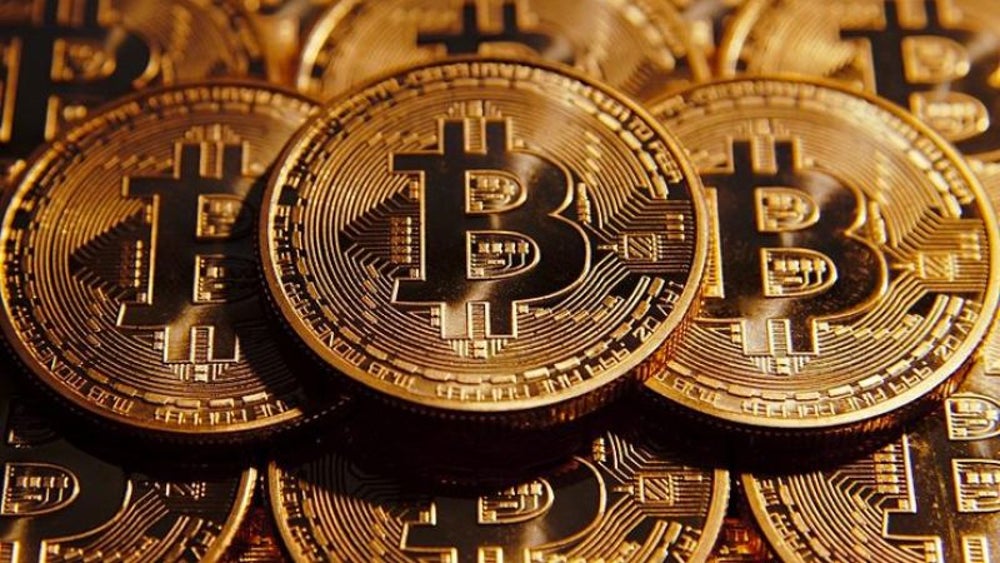 Initial Coin Offerings (ICOs) have spread like wildfire this year throughout the cryptocurrency landscape and startup space as an alternative to traditional funding models, raising more than $3 billion so far in 2017. These token sales, however, can be extremely volatile. Some have turned out to be scams. Others have been charged with fraud. Tezos, one of the most high-profile ICOs, now faces a class-action lawsuit. To cap it all off, ICOs have been declared as securities by the SEC, and it looks as if a regulatory crackdown is coming very soon. ICOs may still be around in a year, but they will look very different. 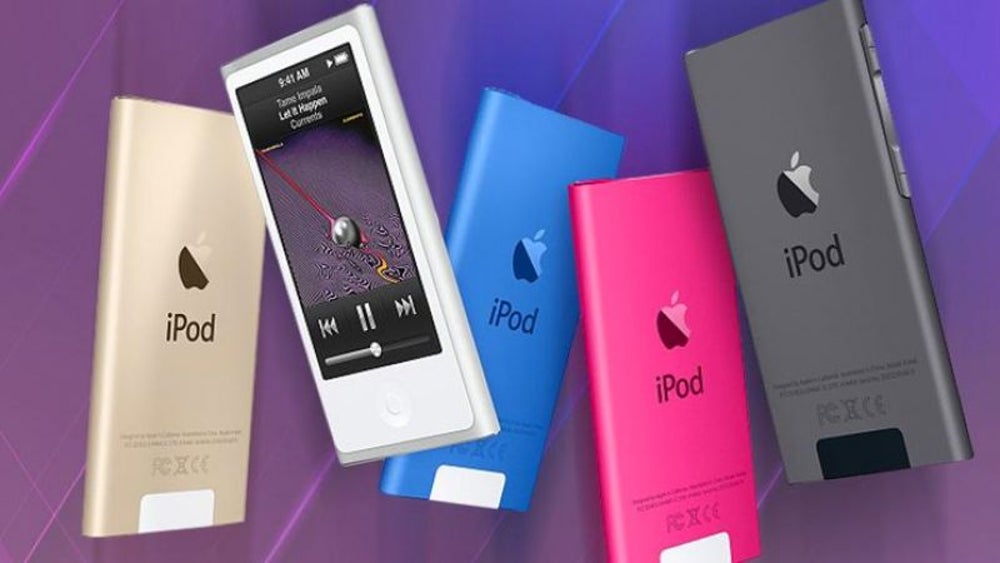 This one pains me. Apple is culling one of its original bestsellers, the standalone music player. The company discontinued the nano and shuffle lines this summer, leaving the iPod touch as last MP3 player standing and probably not for long. Most users have long since moved to streaming music or simply keeping their tunes on their smartphones, but not all of them! I still use a 2007 iPod nano to run with, because I don't want to carry my bulky phone while I exercise. I reload music onto it manually, and I love it. A decade later, and my little nano still works as well as it did when I got it. Remember what Apple technology looked like before it realized they'd make more money if people replaced their devices every two years? Good times.

Anything competing with Amazon 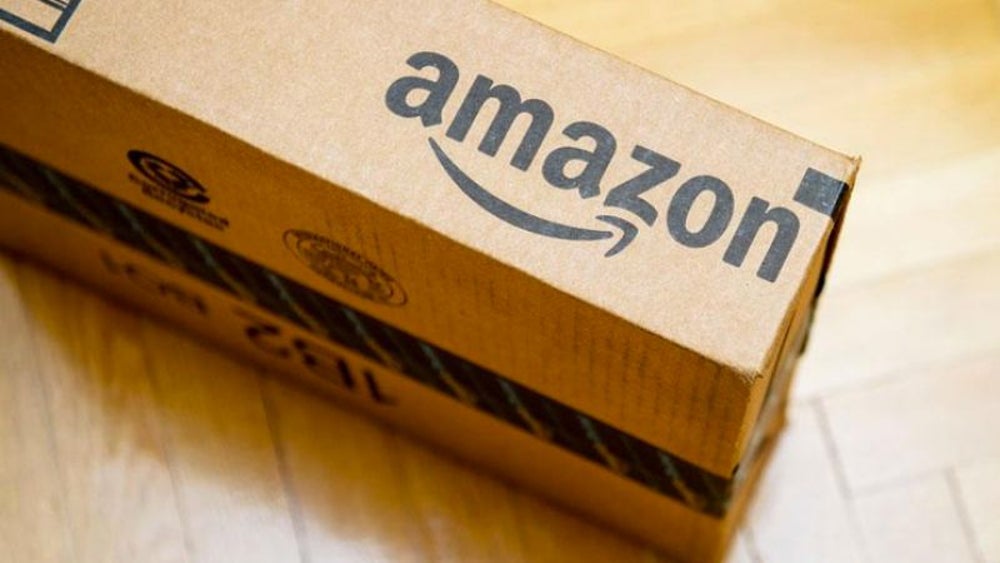 Amazon is slowly taking over the world. The online shopping giant-turned-omnipresent E Corp-like conglomerate is getting into everything from grocery delivery, brick-and-mortar shopping, and meal kits to smart home, streaming and even real estate or pharmaceuticals. Bezos doesn't always get it right (remember the Fire Phone?), but the ripple effects of Amazon's competition can be seen across industries, from Blue Apron's stock tanking to the blockbuster CVS merger with insurance provider Aetna. 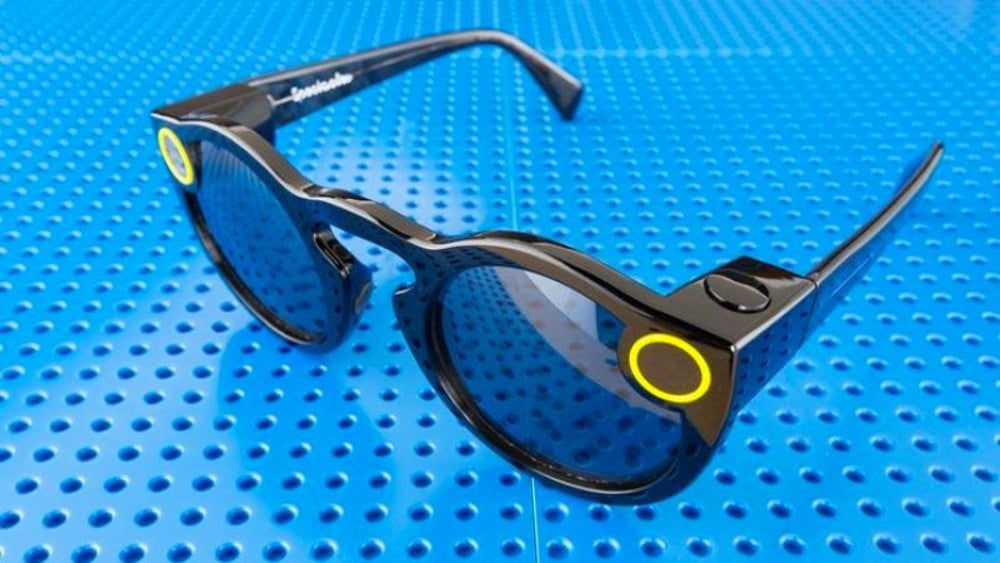 Snapchat Spectacles were fun, easy to use and on paper a smart extension of Snap's "camera company" brand. However, like much of Snap's decisions since its IPO, the company botched it. The viral Snapbot rollout reportedly led to hundreds of thousands of unsold units and more than $40 million in losses. My editor suggested putting Snap as a whole on this list, but for the sake of getting the prediction right, we'll leave it as Spectacles.

That said, Snapchat is not looking good. Facebook has brazenly stolen every unique Snapchat feature in Instagram Stories, Facebook Messenger Day and WhatsApp Status, and Snap has been losing both stock value and daily active users by the bushel this year. I still use and like Snapchat, as do a lot of my friends, but the pull of Instagram Stories is real. The company recently rolled out a redesign, which is never a good sign. Maybe Evan Spiegel should've taken that $3 billion buyout from Facebook while he had the chance. 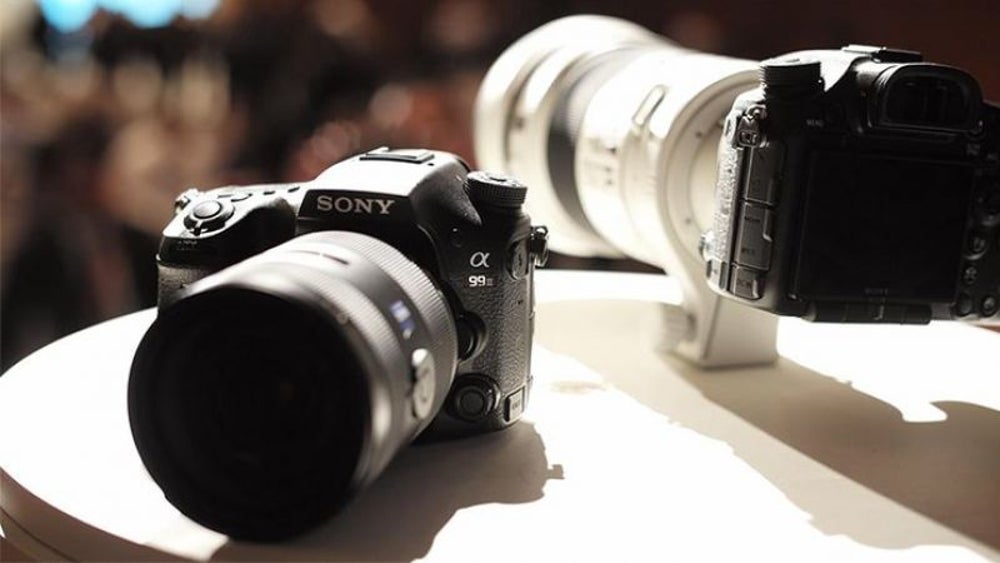 The rumors of the digital camera's death are greatly exaggerated. Yes, cheap point-and-shoots are difficult to find and, aside from zoom power, don't offer much advantage over smartphones. But, more expensive gear is still being gobbled up by enthusiasts.

That's not to say that everything is going to stick around forever. The writing is on the wall for photographers who use Sony's A-mount SLR system. The company announced a pro model, the Alpha 99 II, late in 2016, but since then there's been nothing new. I expect the a99 II to stick around for a few years, but I don't expect to see any more consumer models, lenses, or accessories for the system, and once the a99 II is finished its run, I don't expect an a99 III. Sony is fully committed to its E-mount mirrorless system and is doing a killer job building it out. -- Jim Fisher, PCMag senior analyst 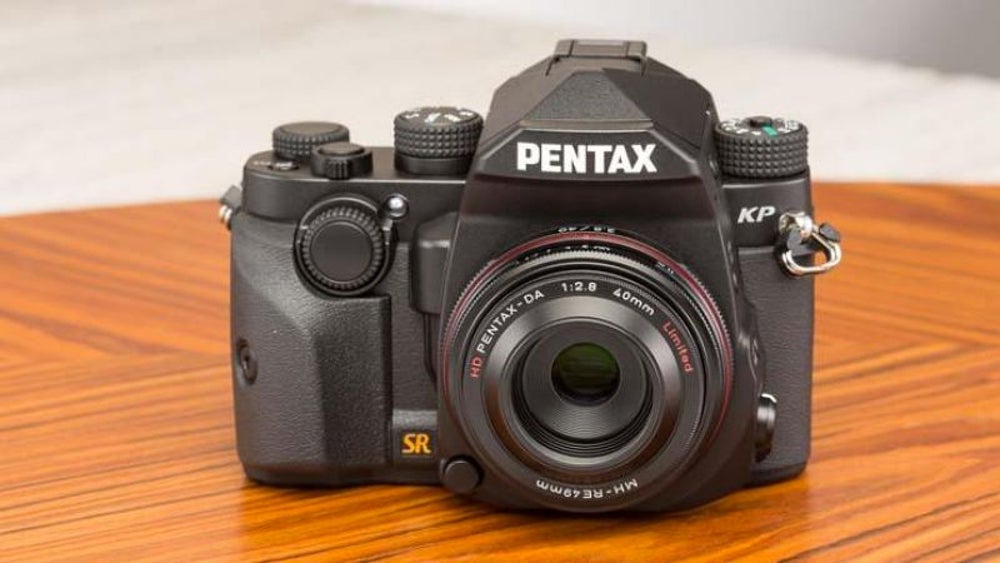 I'm also not seeing a rosy future for SLR shooters using Pentax cameras. The company has put out fewer models as years have gone on, and delivered well-made, semi-ruggedized bodies at lower price points than the competition with innovative features like in-body stabilization (before others introduced it) and high-resolution pixel shift capture. But, its fallen way behind Canon and Nikon in autofocus performance, and its long-awaited full-frame launch hasn't come with a ton of lenses to support the K-1 camera. Parent company Ricoh may keep the brand going for more than a year, but if I was a betting man I wouldn't put money down on the brand's long-term viability. -- Jim Fisher 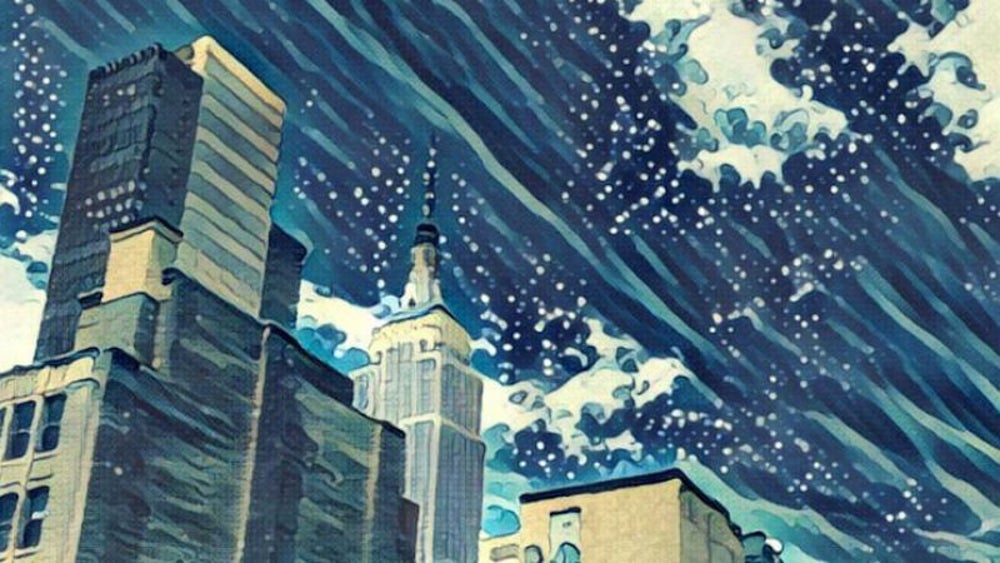 Prisma was the epitome of a fad, becoming the app du jour for an impressionistic moment in the sun last summer. The photo-enhancing app is super cool, but on the whole its feature set feels more like a new filter layer within Instagram rather than a standalone app. Look for Facebook to either buy Prisma, or pull a Snapchat and copy everything that makes it unique. 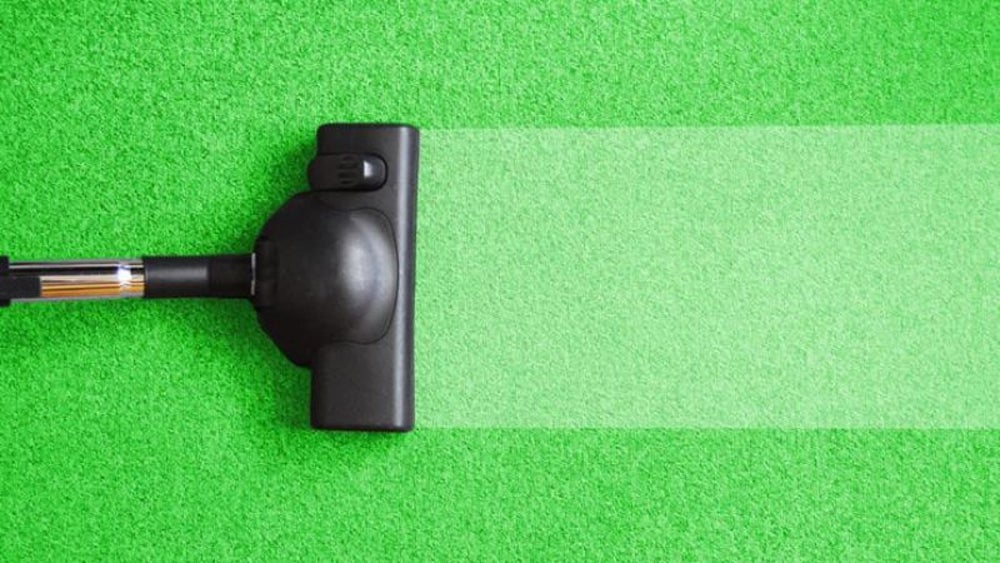 The age of hand-pushed vacuum cleaners is over. The time of the robot vacuums has come. There are more smart vacuums on the market than ever, roving and whizzing around your floors so you don't have to. The technology still has a ways to go, but automation will win this battle sooner rather than later. All hail robovacs, and their Queen Victoria Song, Mother of Roombas. 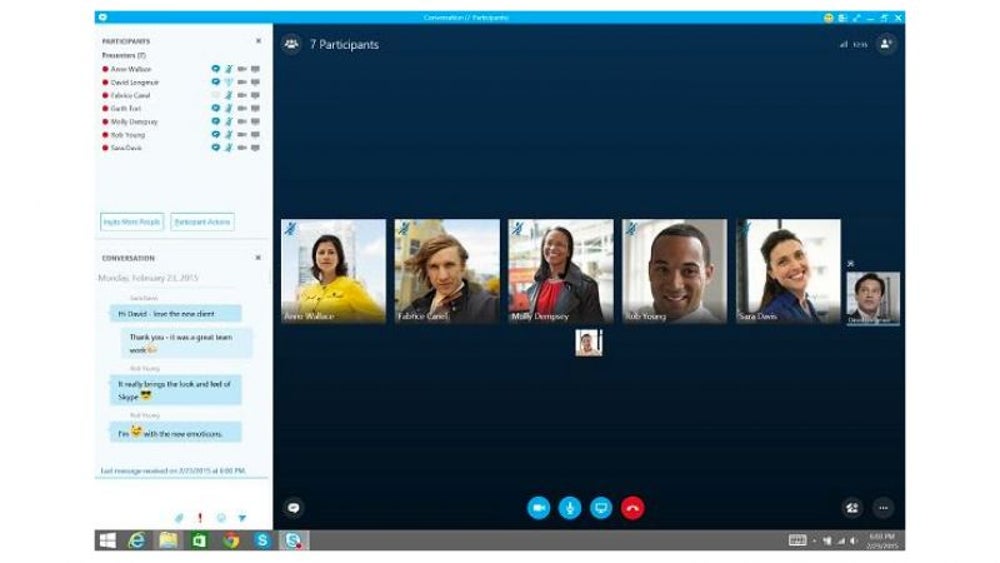 These two are easy. Microsoft has already confirmed the demise of Skype for Business and Wunderlist. The enterprise version of Skype will be replaced by native video calling in Microsoft Teams, and the Wunderlist app will be retired in favor of Microsoft To-Do. Microsoft's cloud-first mantra under Satya Nadella has resulted in far greater willingness to cut support for underperforming or obsolete products in favor of everything-as-a-service. 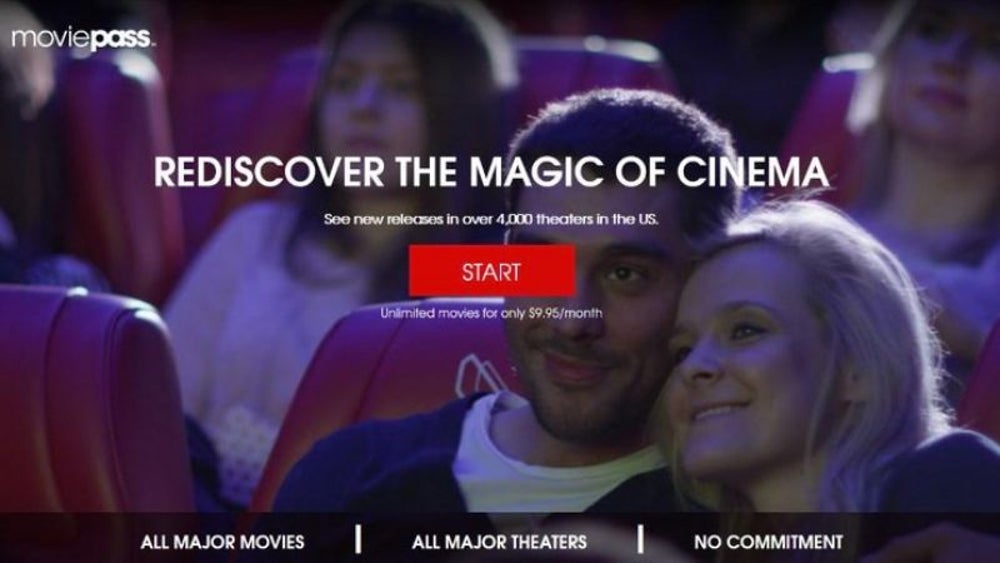 MoviePass, I love you. I really hope your business model is sustainable, but for now I'm just along for the ride. In the month or two I've had MoviePass, I've already gotten my money's worth tenfold from the shockingly low monthly subscription fee vs. buying even a single ticket at the theater. Can MoviePass gain enough subscribers to foot that kind of bill? I hope so! But, with theater chains threatening legal action and the company presumably shelling out a ton of capital, the odds are not on this brave startup's side. 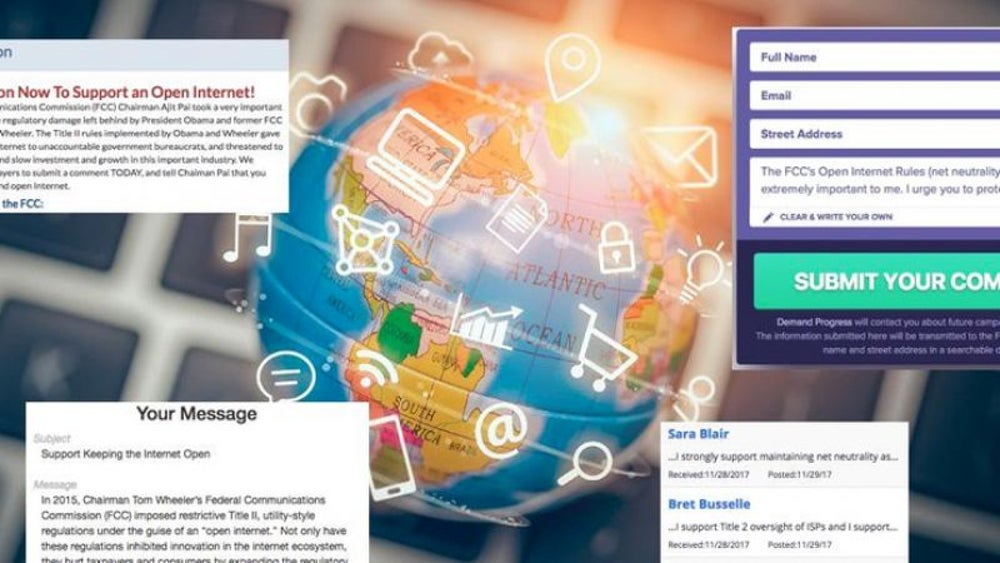 We've had a good run, guys. These two-plus decades of a free and open Wild Wild West of Having Fun Online have been a blast. Alas, after years of failed efforts to roll back net neutrality and corporatize the web, the Ajit Pai-led FCC of the Trump era voted to kill the internet we know and love. Say hello to website fast lanes and internet provider packages making you pay in bundles for the apps and websites you'd like to visit. Get a VPN. 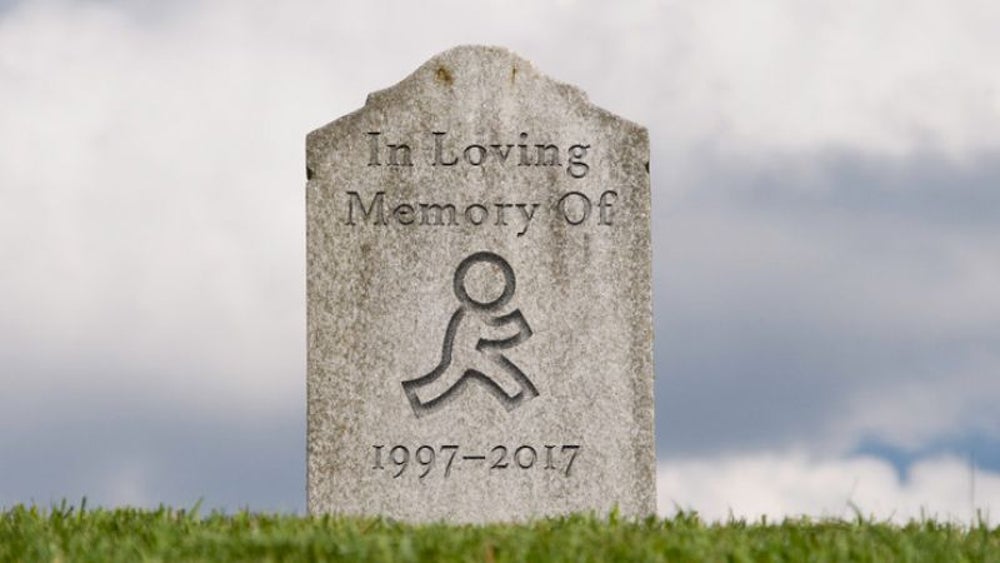 Bid farewell to the brands, gadgets, games and technology that didn't make it to 2018.