10 Business and Technology Milestones That Definitely Won't Happen in 2018

It's fun to think about the future, but let's not get carried away.
Next Article

Here we are again. That time of year when you can't swing a dead cat without smacking a post pontificating on predictions for the upcoming year. While we eat up the trend forecasting in an effort to stay a step ahead, we quickly get over-stuffed by the onslaught of 2018 articles. So instead, I got to thinking about things that certainly won't happen in the next year.

We won't collectively embrace the open work space as "The Chosen One." 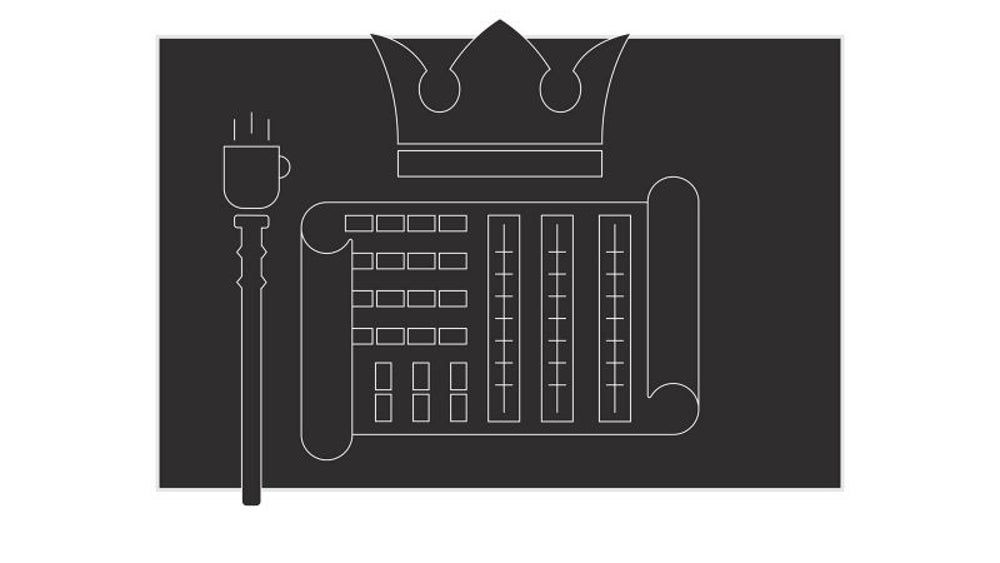 Image credit: Teem
Ah, if only this were true -- many companies would be thrilled to finally start seeing all of the open office promises come to fruition. It's the most popular office layout, with 38 percent of employees reporting working in an open office, according to Teem's 2017 Employee Happiness Survey. But, popularity does not equate to efficacy. In the same survey, 83 percent of millennials reported that the lack of privacy negatively impacts their work. Taking that into consideration, 2018 won't be the year we embrace the open office. Instead, we'll collectively work toward offices that offer the best of both worlds: privacy when needed and plenty of places to collaborate. 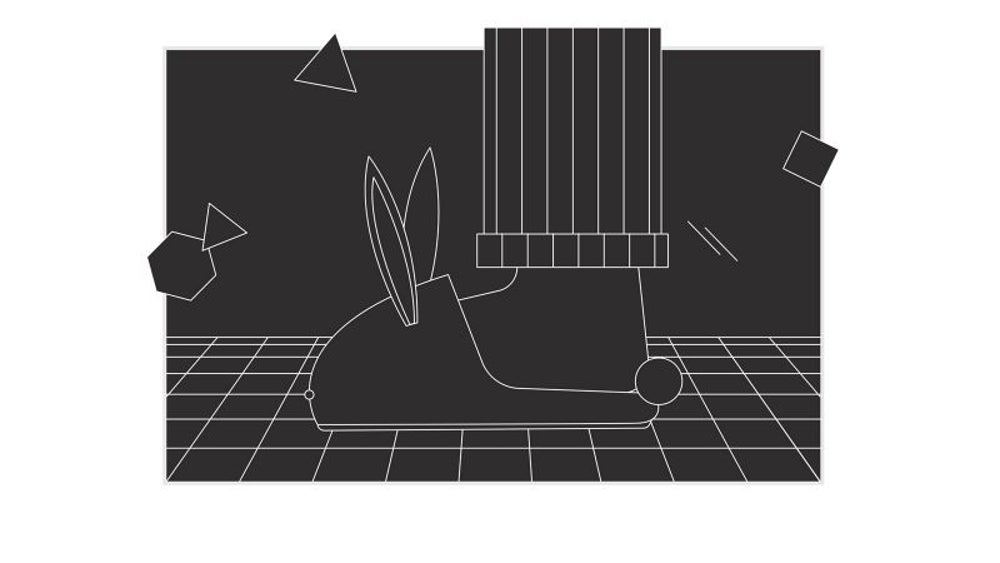 Image credit: Teem
Why even worry about office layouts when everyone is going to work from home, anyway? Throw in a VR headset and the work from home collaboration woes are instantly solved! Well, not quite. While we'll definitely see a rise in VR applications -- both consumer and business facing -- it's unlikely that it will reach a point where it serves as a perfect substitute for face-to-face, in-office human contact.

You won't plug in your treadmill desk again. 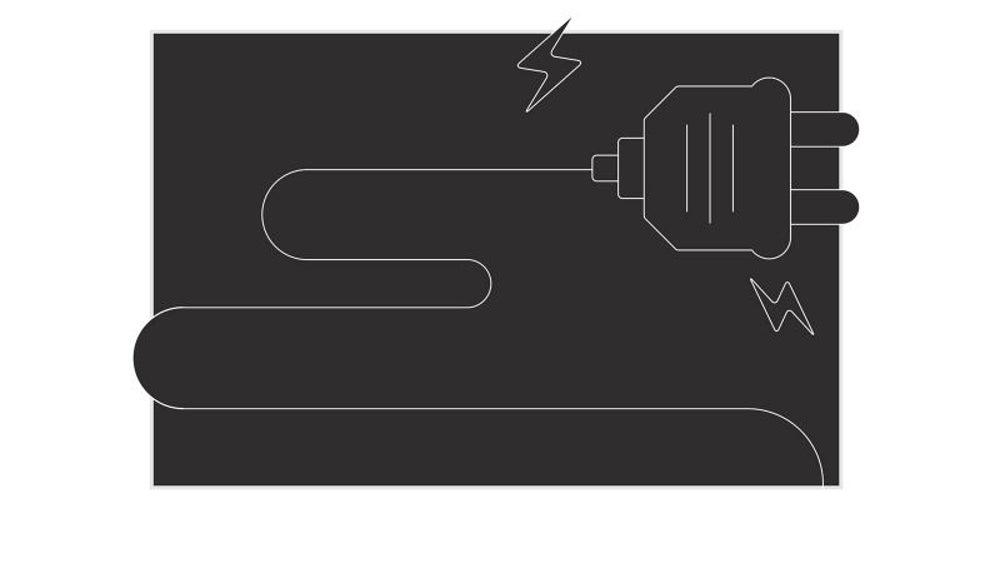 Image credit: Teem
Remember when you built that activity desk that was going to save you from your evil office chair? Yeah, the one that's now gathering dust? Sorry, but 2018 won't be the year that you successfully combine cardio with work (#firstworldproblems). Trade in the treadmill desk for more mindfulness of a knowledge worker's sedentary tendencies. Oh, and make sure your chair keeps you productive and pain-free as you work the hours away. Take a seat; just make sure you get up, too.

Connecting to a conference call won't be easier than defusing a bomb. 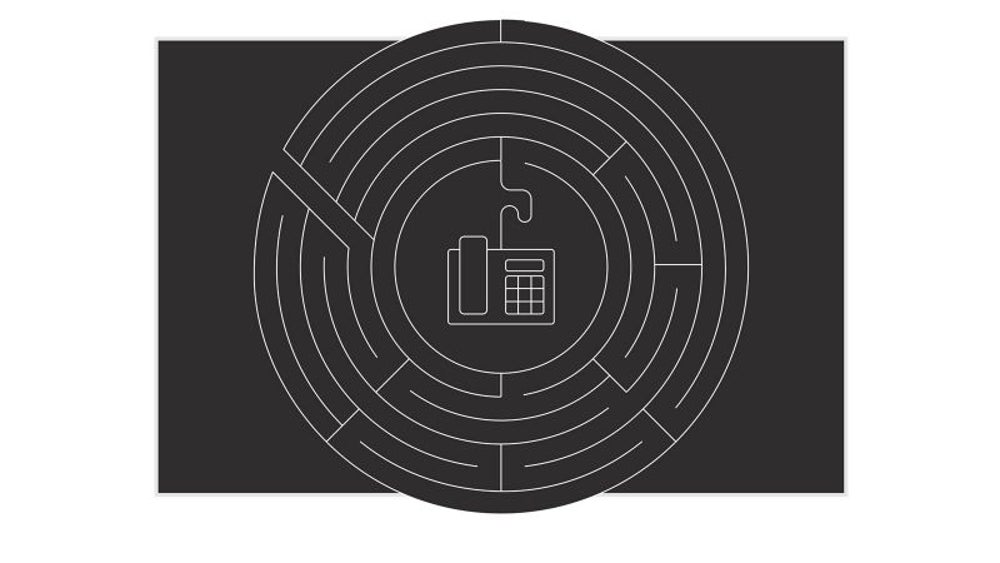 Image credit: Teem
When time ticks down as you're frantically trying to punch in the right sequence of numbers to connect to the conference call with an important client, it can feel a lot like finding the right wire to snip to successfully diffuse a bomb. Unfortunately, that's not going to change in 2018.

Alexa won't render everyone and their jobs useless. 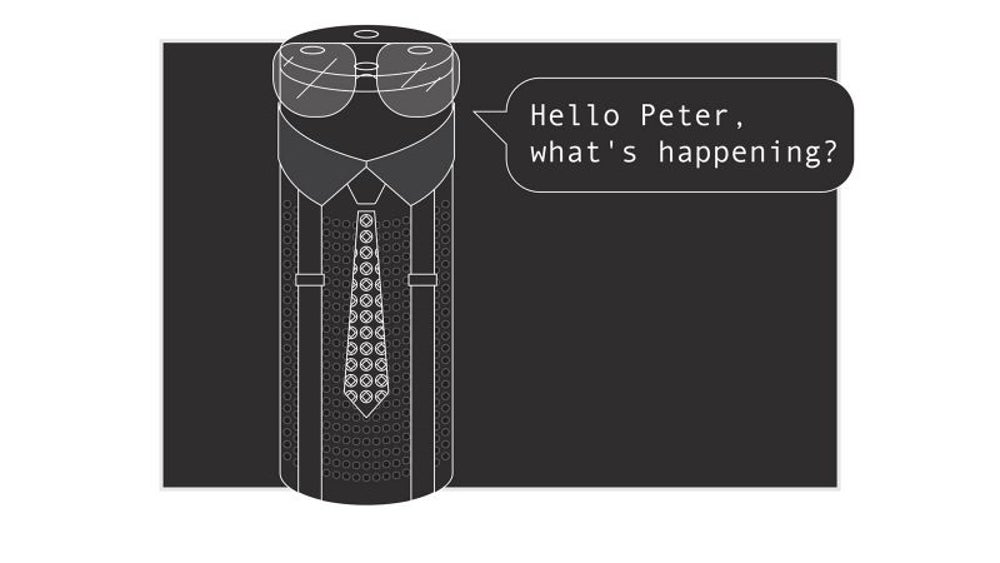 Image credit: Teem
By 2018, there will be 6 billion AI-connected devices out in the wild. And the workplace will certainly feel the impact. Things like voice- and sensor-activated meeting scheduling, automatic temperature adjustments, meeting check-ins and lunch requests are now possible with initiatives from Alexa for Business. While these are significant strides within the capabilities and applications of Alexa in the workplace, it won't render your job totally useless (yet).

Your autonomous vehicle won't start its own side-hustle. 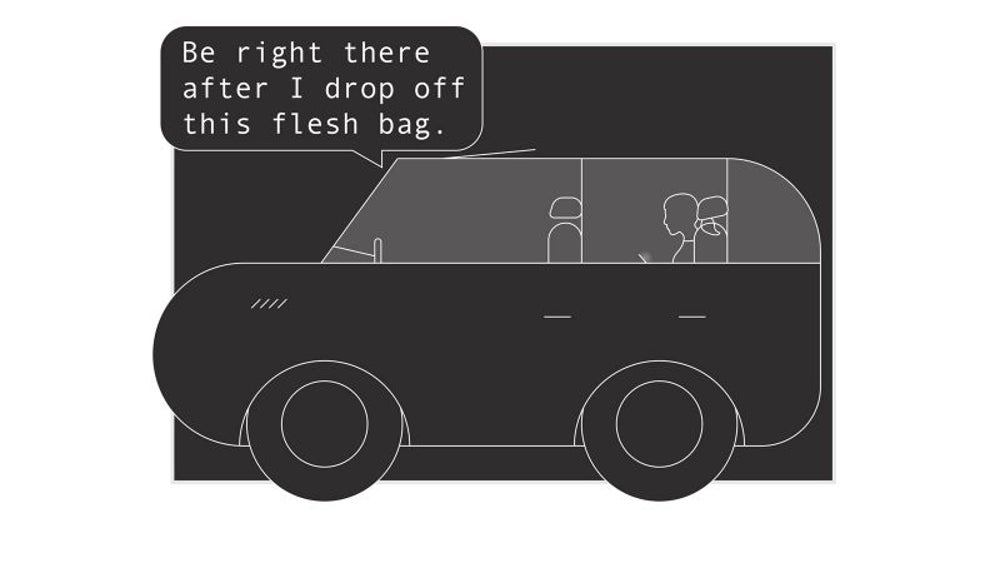 Image credit: Teem
That's what Elon Musk wants to accomplish in the near future. After your Tesla drops you off at work, it starts picking up and dropping off passengers -- collecting fares without a cabbie behind the wheel. In Musk's plan, Tesla owners receive a portion of the days' fares and, according to Musk, make it possible for "anyone [to] own a Tesla." But, that's not quite in the cards for 2018. Sorry, Elon. 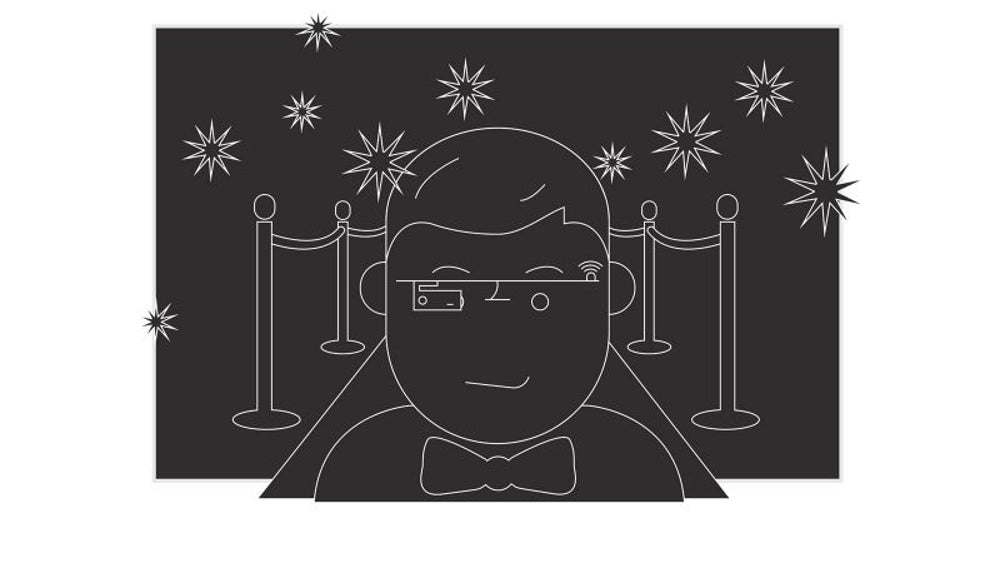 Image credit: Teem
Don't get me wrong, wearables have come a long way thanks to collaborations with fashion designers and an expanding wearables market. But, we're still not past the overt geekery of Google Glass.

It won't be revealed that AI is really powered by Russian troll farms. 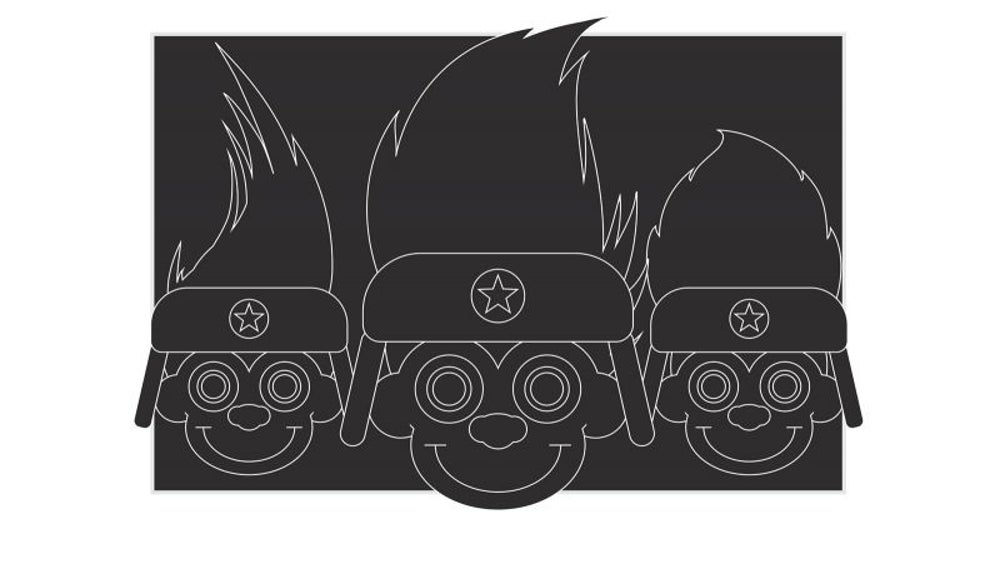 Image credit: Teem
What if the AI that's becoming so ubiquitous isn't really the result of awesome technological advances and low cost hardware, but hoards of Russian troll farms? While they might make a pretty convincing Facebook ad, Russian trolls aren't the source of the voice responding to you through Alexa. 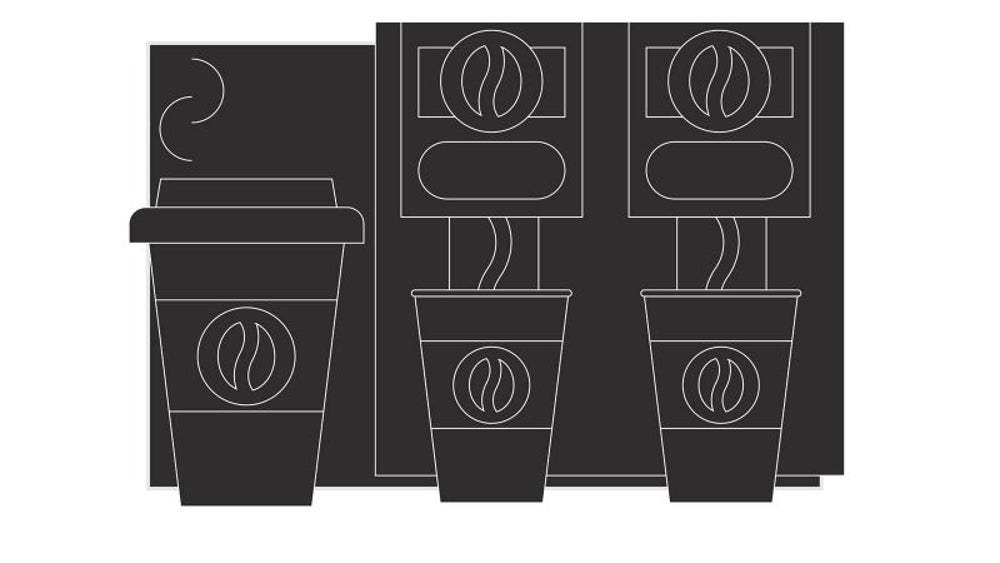 Image credit: Teem
Only in our dreams do we have coffee and kombucha on tap and the ready. We'll be lucky to get a healthy snack in the break room at the very least over the course of 2018. Because, let's be real, we're all fueled by Diet Coke stolen from the shared fridge. 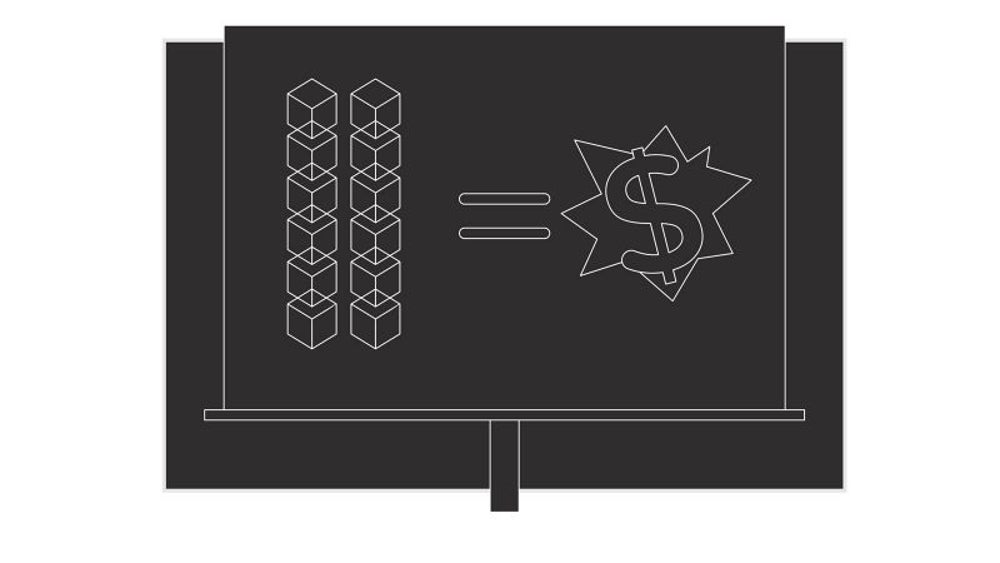 What can't be revolutionized with blockchain?!? Bitcoin's surge in value has everyone applying the blockchain to every other industry imaginable (see the freight industry). In 2018, you can certainly expect to see "blockchain" rival "millennial" in clickbait article headlines. While we believe in the blockchain, it's unfortunate to see "industry influencers" grasping at buzzwords, making statements that spread through the community like wildfire. In many instances, these influencers fail to realize that a simple database could more easily solve the problem than a blockchain solution.

What's really in store for the upcoming year? I guess we'll all soon find out. Until then, you can bet on continued speculation. (That's the fun part anyway.)

How Modern Marketing Will Change In the Next Few Years

'Innovation' is Hot, Hot, Hot! Expect More of It in the Small Business Sector in 2019.

Brick and Mortar Isn't Going Away, 3 VCs Recently Declared -- Among Other Intriguing Tidbits