The late Paul Allen had some words of wisdom to share.
Next Article

When you think about Microsoft, Bill Gates typically comes to mind. However, there's another hero to this story. While Microsoft co-founder and childhood friend of Gates, Paul Allen, who died on Oct. 15, 2018, tended to stay out of the headlines, his contributions to the famous tech company -- and humanity -- are impressive.

Having met Gates back in grade school in Seattle, the two bonded over their love of technology and computer programming. However three years older than Gates, Allen received a perfect score on his SAT and enrolled in Washington State University. Eventually, Allen dropped out of college and became a programmer for Honeywell in Boston while Gates attended Harvard University. Before long, Gates also left Harvard early and the two joined forces to create what would eventually be known as Microsoft.

After falling ill, Allen left Microsoft in 1983 and resigned from the board in 2000, yet continued to own a tremendous amount of shares in the company. Near the time of his death, Allen had a networth of $20.9 billion, was the founder and chairman of Vulcan Inc., the owner of two sports teams (the Seattle Seahawks and the Portland Trail Blazers) and the founder of multiple philanthropic foundations including the Paul G. Allen Family Foundation and the Allen Institute for Brain Science.

For more inspiration, here are 10 quotes from the Microsoft underdog. 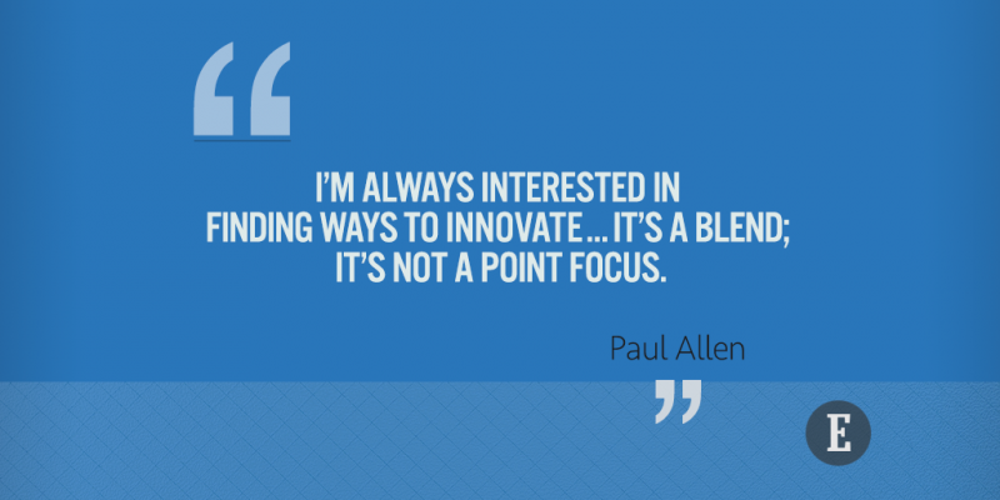 Image credit: Entrepreneur
"I'm always interested in finding ways to innovate... It's a blend; it's not a point focus." -- Paul Allen 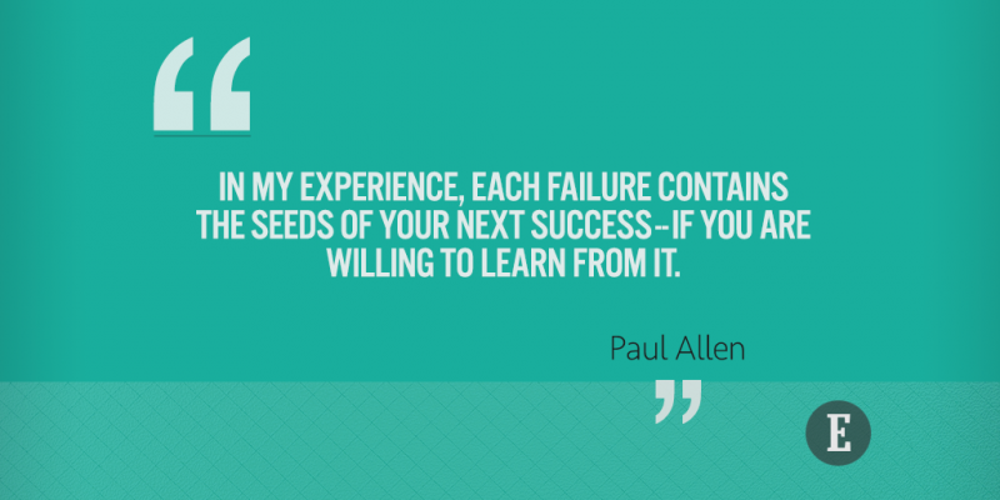 Image credit: Entrepreneur
"In my experience, each failure contains the seeds of your next success -- if you are willing to learn from it." -- Paul Allen 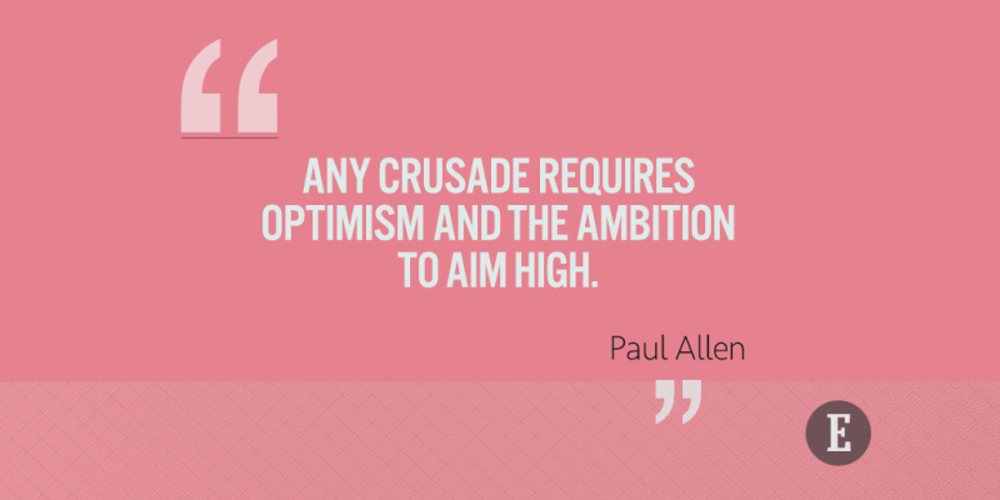 "Any crusade requires optimism and the ambition to aim high." -- Paul Allen 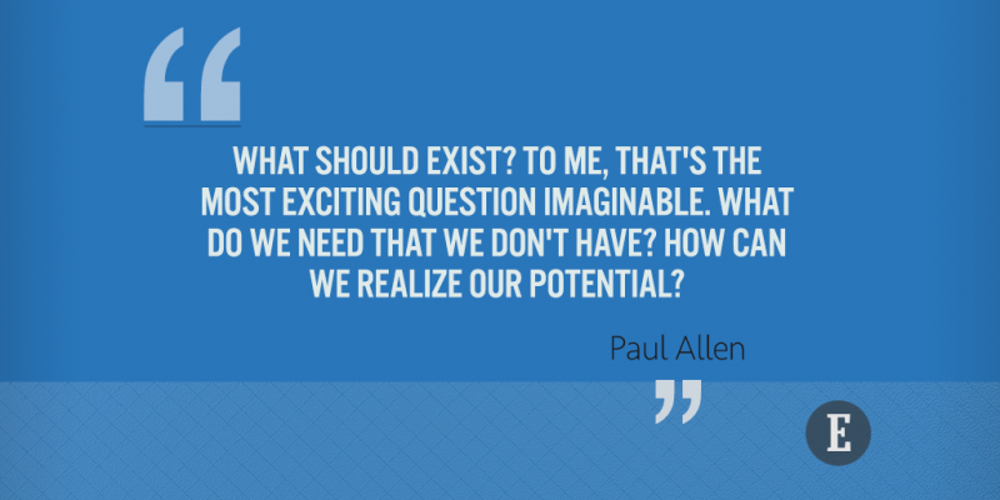 Image credit: Entrepreneur
"What should exist? To me, that's the most exciting question imaginable. What do we need that we don't have? How can we realize our potential?" -- Paul Allen 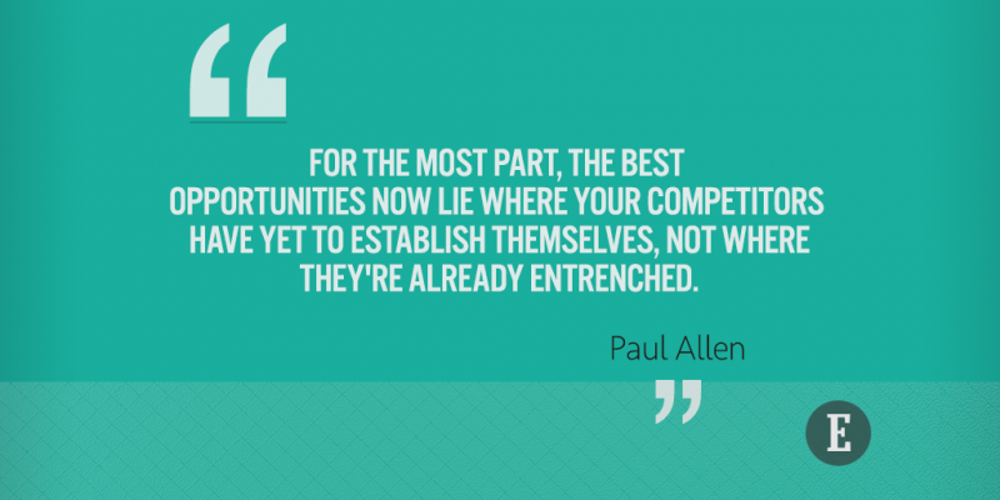 Image credit: Entrepreneur
"For the most part, the best opportunities now lie where your competitors have yet to establish themselves, not where they're already entrenched." -- Paul Allen 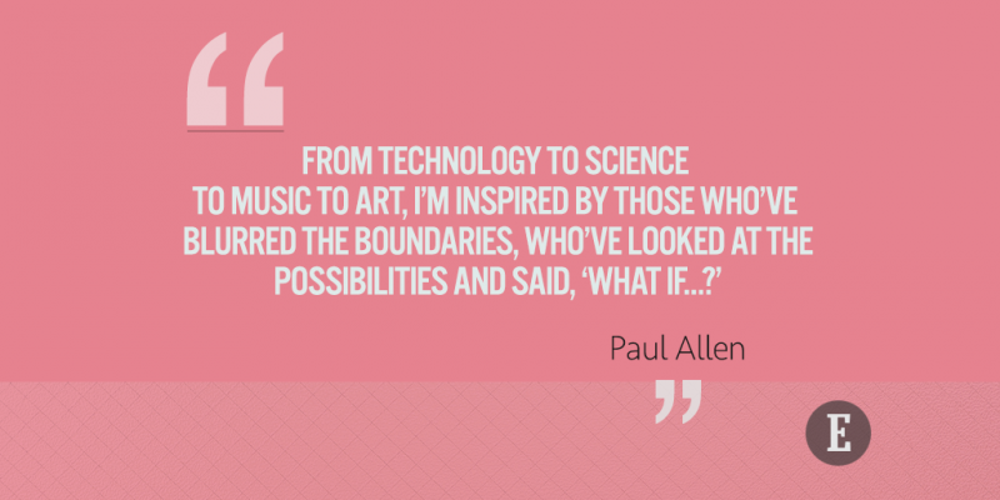 Image credit: Entrepreneur
"From technology to science to music to art, I'm inspired by those who've blurred the boundaries, who've looked at the possibilities and said, 'What if...?'" -- Paul Allen 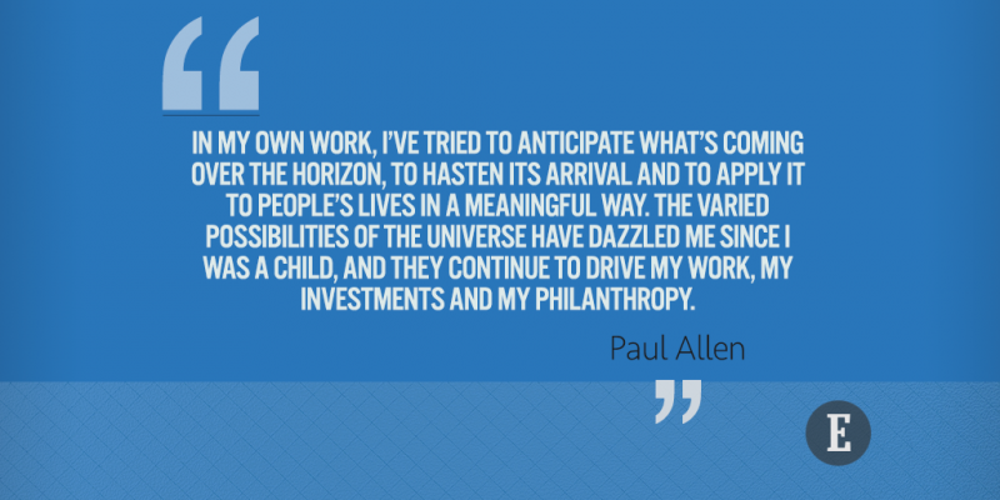 "In my own work, I've tried to anticipate what's coming over the horizon, to hasten its arrival and to apply it to people's lives in a meaningful way. The varied possibilities of the universe have dazzled me since I was a child, and they continue to drive my work, my investments and my philanthropy." -- Paul Allen 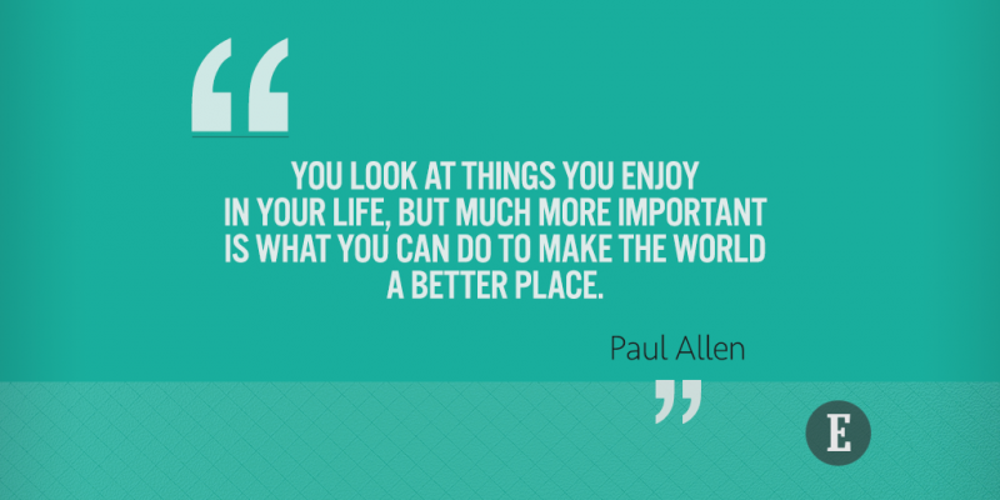 Image credit: Entrepreneur
"You look at things you enjoy in your life, but much more important is what you can do to make the world a better place." -- Paul Allen 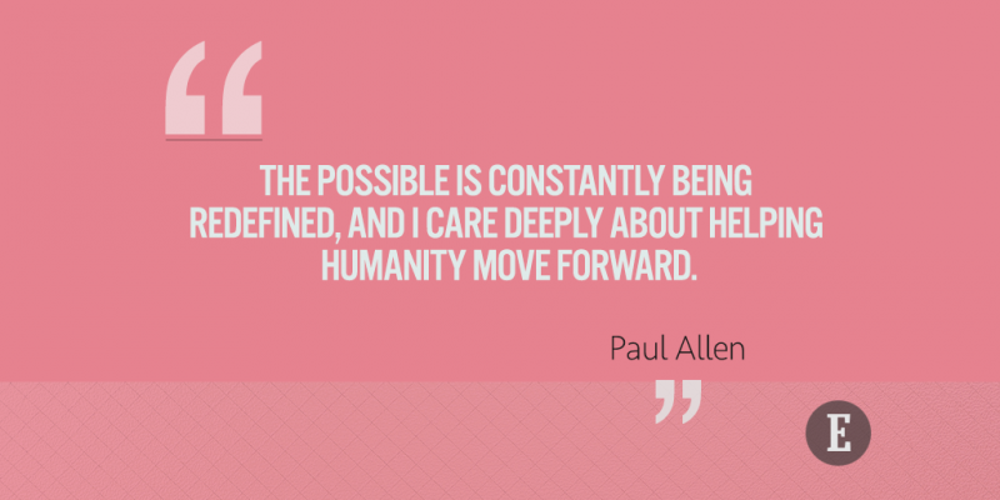 Image credit: Entrepreneur
"The possible is constantly being redefined, and I care deeply about helping humanity move forward." -- Paul Allen 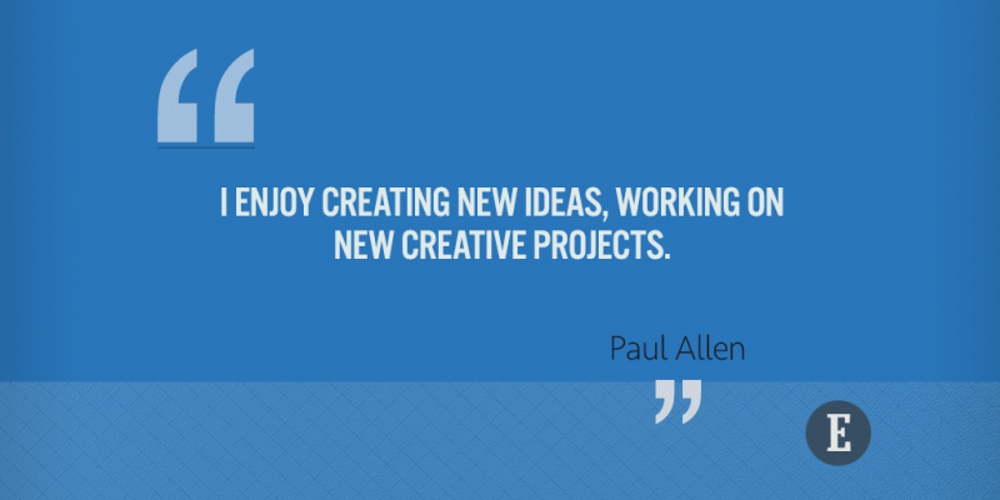