Frances Dodds
Features Director at Entrepreneur.com
June 1, 2020 10 min read
As protests roiled the country in response to the death of George Floyd, many Americans spent the weekend in a state of despair and self-reflection. In the midst of a pandemic that has had an outsized effect on black Americans, the graphic video of a black man dying under the knee of a white policeman was simply too much. While it's too soon to say what exactly will come from this moment, it does feel like a tipping point, and many of the country's most high-profile brands and business leaders - often averse to weighing in on social issues - seem to sense this. A number have made public statements of solidarity with the black community and pledged to take their roles in the fight for equality more seriously. Here are the words of some who have spoken out. We will continue to update this story accordingly. 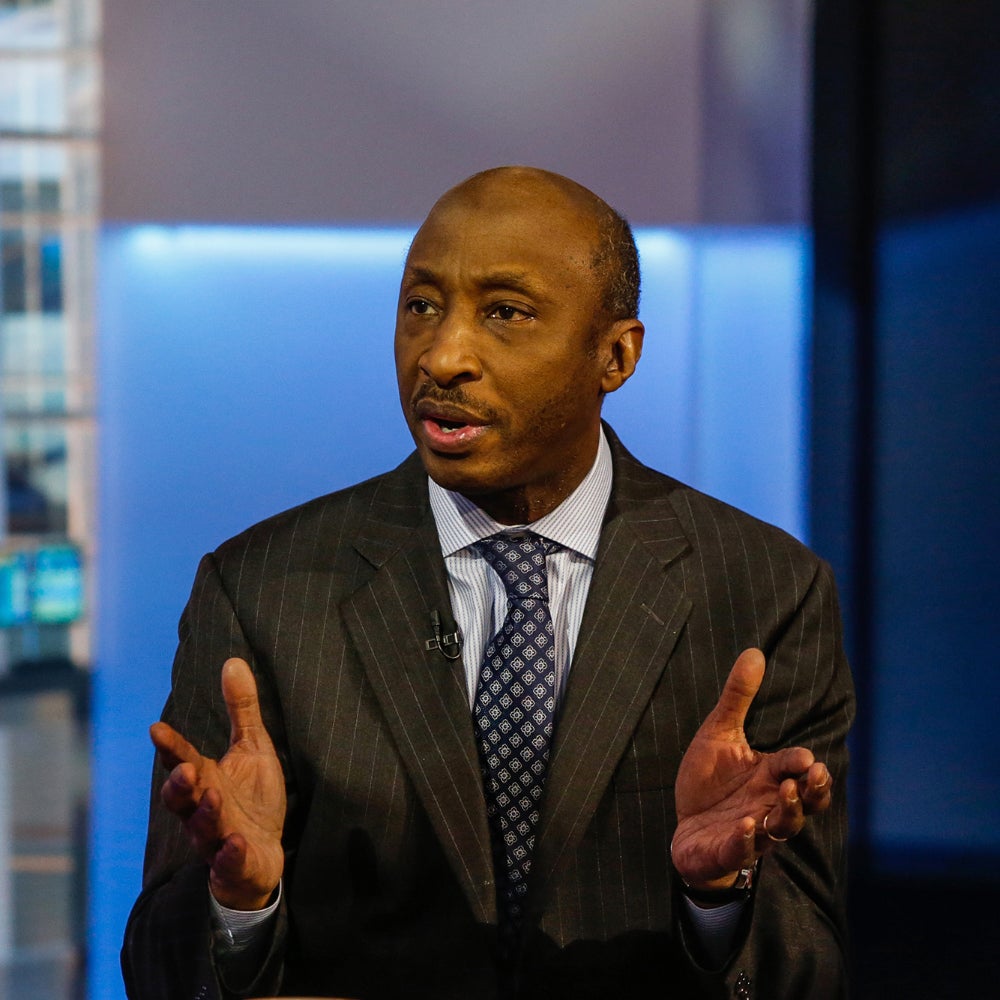 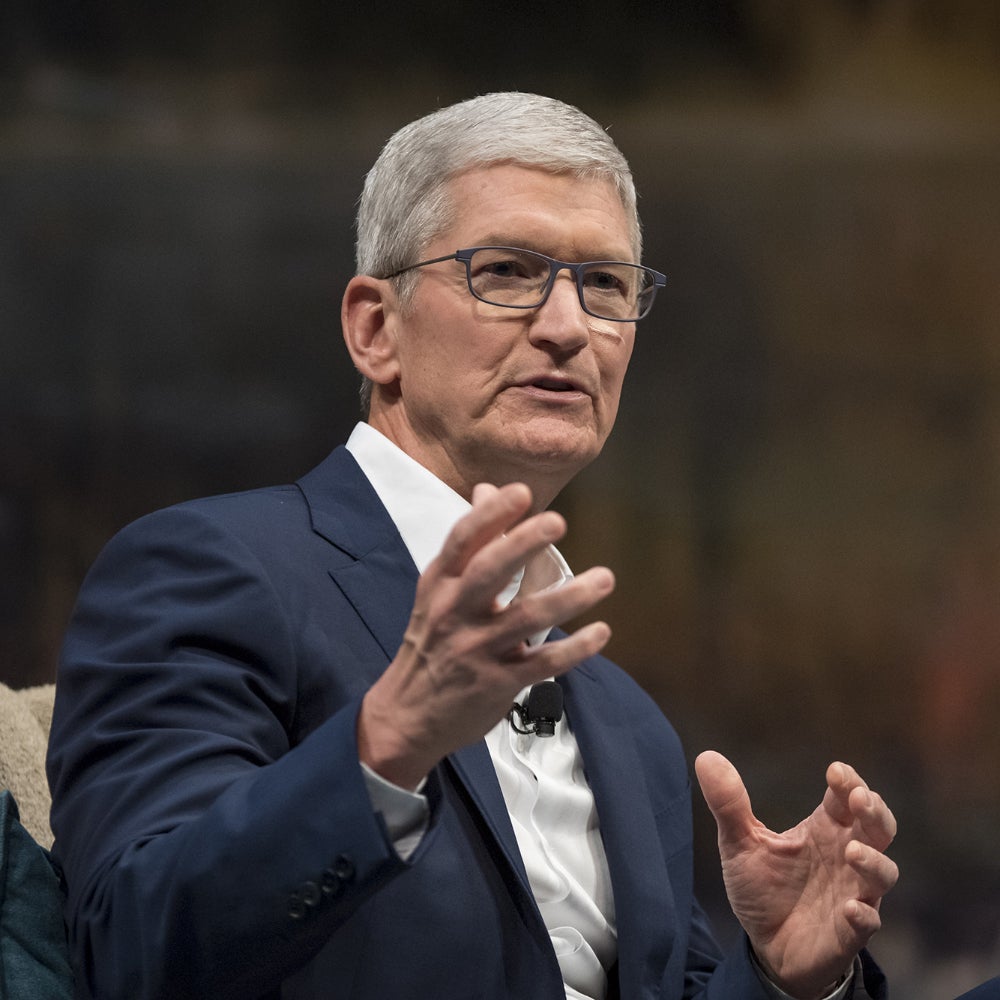 “Right now, there is a pain deeply etched in the soul of our nation and in the hearts of millions. To stand together, we must stand up for one another, and recognize the fear, hurt and outrage rightly provoked by the senseless killing of George Floyd and a much longer history of racism.

That painful past is still present today — not only in the form of violence, but in the everyday experience of deeply rooted discrimination. We see it in our criminal justice system, in the disproportionate toll of disease on Black and Brown communities, in the inequalities in neighborhood services and the educations our children receive. While our laws have changed, the reality is that their protections are still not universally applied.” 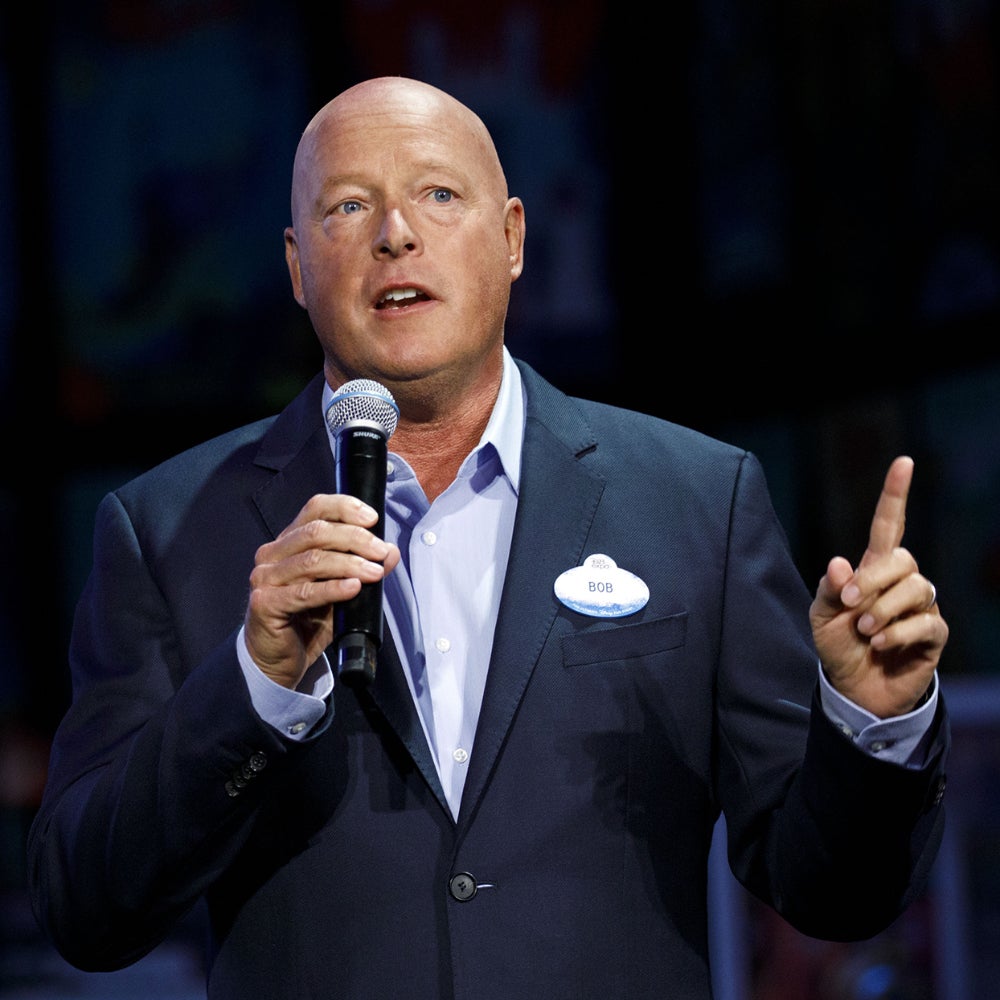 “The recent killing of George Floyd as well as other instances of lethal attacks and harassment of unarmed black citizens in our nation continue to drive outrage and calls for action by people of all cultural backgrounds, including many of our employees. Feelings of grief and anger cause us to confront the inscrutable idea that the lives of some are deemed less valuable — and less worthy of dignity, care and protection — than the lives of others.

While these devastating incidents are not new, there’s something unique about what’s happening in this moment. The pandemic coupled with these recent injustices have pushed the issues of racial disparity into the open.” 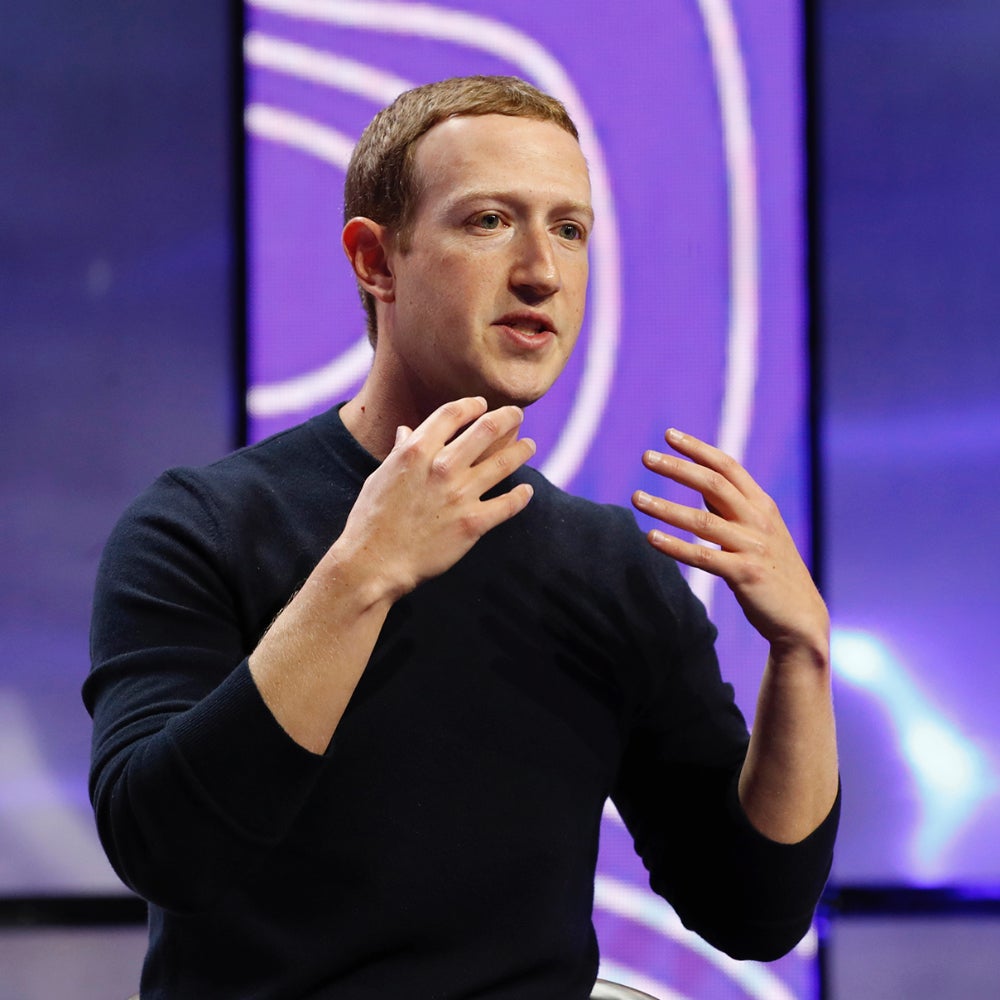 “The pain of the last week reminds us how far our country has to go to give every person the freedom to live with dignity and peace. It reminds us yet again that the violence Black people in America live with today is part of a long history of racism and injustice. We all have the responsibility to create change.

We stand with the Black community, and all those working towards justice in honor of George Floyd, Breonna Taylor, Ahmaud Arbery and far too many others whose names will not be forgotten.

To help in this fight, I know Facebook needs to do more to support equality and safety for the Black community through our platforms. As hard as it was to watch, I'm grateful that Darnella Frazier posted on Facebook her video of George Floyd's murder because we all needed to see that. We need to know George Floyd's name. But it's clear Facebook also has more work to do to keep people safe and ensure our systems don't amplify bias.”

Today on US Google & YouTube homepages we share our support for racial equality in solidarity with the Black community and in memory of George Floyd, Breonna Taylor, Ahmaud Arbery & others who don’t have a voice. For those feeling grief, anger, sadness & fear, you are not alone. pic.twitter.com/JbPCG3wfQW 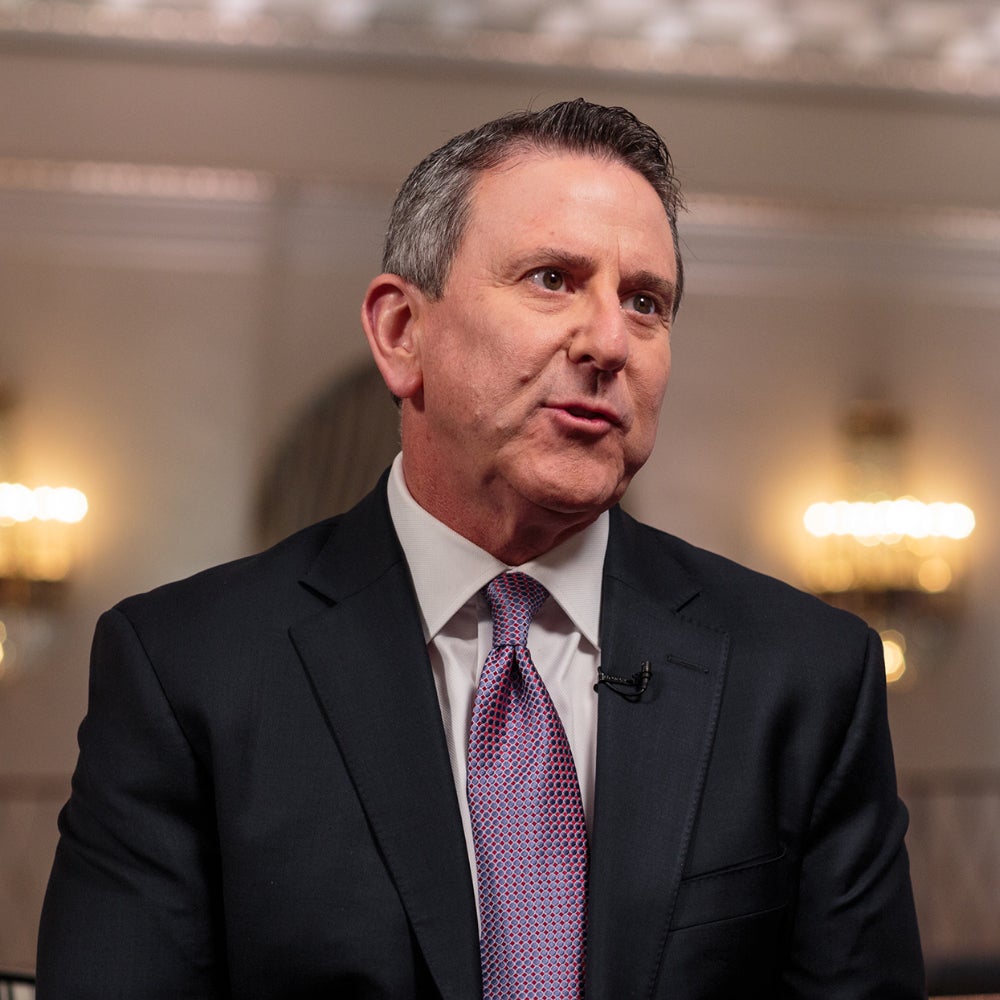 "We are a community in pain. That pain is not unique to the Twin Cities — it extends across America. The murder of George Floyd has unleashed the pent-up pain of years, as have the killings of Ahmaud Arbery and Breonna Taylor. We say their names and hold a too-long list of others in our hearts. As a Target team, we’ve huddled, we’ve consoled, we’ve witnessed horrific scenes similar to what’s playing out now and wept that not enough is changing. And as a team we’ve vowed to face pain with purpose."

It needs to be *possible* to prosecute police for the acts they commit in the line of duty.

Misusing the solemn/sacred power of the office to unnecessarily harm people should be a federal offense and count like a hate crime, increasing the severity of the underlying assault. 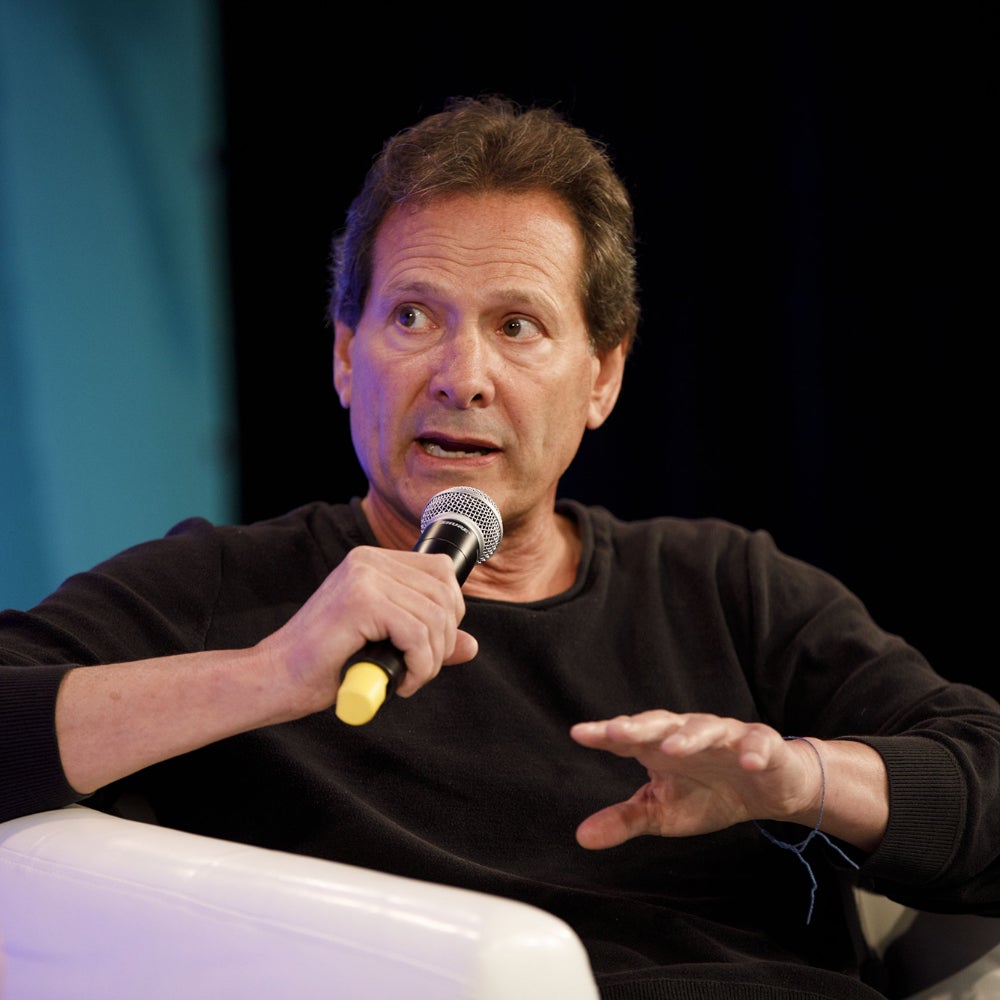 "As a company whose core value is inclusion, the PayPal community is committed to equality and justice, and these commitments have never been more important than they are today. Hatred, discrimination and injustice are unacceptable and have no place in our societies. We have seen a rise of xenophobic actions around the world, as the economic and psychological impacts of COVID-19 spread. We cannot stay silent in the face of racial injustice, whether it is within our own communities or outside of them. No one should feel threatened or afraid because of the color of their skin, or who they are, or who they choose to be. We all have a responsibility to end discrimination and intolerance — and to seek justice, reconciliation and healing. We stand with the family of George Floyd and the countless other families and communities who have suffered discrimination, hatred or racial violence. We must stay vigilant and do our part to build toward justice and equality for all people. Our actions, both individually and collectively, can make a difference, especially now."

The pain and emotional trauma caused by the racism and violence we are witnessing toward the black community has a long reach. I recommend you take a moment to read this powerful essay from @goldinggirl617, especially if you’re a manager or leader.⁣ ⁣ “We’re biting our tongues, swallowing our rage and fighting back tears to remain professional because expressing that hurt caused by witnessing black death is considered more unprofessional, than black men and women actually being killed. So if you can, please, be mindful. Your black employees are dealing with a lot.”⁣⁣⁣ ⁣ A link to the whole essay is in my bio.

While Bezos hasn’t made a public statement about the protests to date, he did post an essay by writer Shenequa Golding. Golding explained how difficult it can be for employees of color to carry on in their day to day professional lives after witnessing something like George Floyd’s murder.

Bezos quoted one passage in particular:

“We’re biting our tongues, swallowing our rage and fighting back tears to remain professional because expressing that hurt caused by witnessing black death is considered more unprofessional, than black men and women actually being killed. So if you can, please, be mindful. Your black employees are dealing with a lot.”⁣⁣⁣

More from CEO @satyanadella on empathy, compassion, and the need to drive change: https://t.co/i0Chbs1k2i pic.twitter.com/LILRYKtpNQ

We stand with our Black colleagues, employees, fans, actors, storytellers — and all affected by senseless violence. #BlackLivesMatter

To be silent is to be complicit.
Black lives matter.

We have a platform, and we have a duty to our Black members, employees, creators and talent to speak up.

The events of the past week have shined a spotlight on the systemic racism and injustices directed at the Black community throughout our nation’s history. In response to the heightened moment of tension playing out in cities across the U.S., LS&Co. is making a $100,000 donation to our longstanding partner, @aclu_nationwide. In addition, the Levi Strauss Foundation is making a $100,000 grant to @livefreeusa, an organization on the front lines of social-justice issues. The organization is led by Pastor Mike McBride, who is part of our foundation’s Pioneers in Justice initiative, which supports next-generation civil rights activists. The foundation has invested $7.3 million in this initiative over the past 10 years.

We stand with the black community in the fight against violence and for equality. pic.twitter.com/gVlbEgG3Rz

Racism, hatred, inequality must have no place in our world. Every person has the right to feel safe, seen and heard. pic.twitter.com/n7RWUlOArH 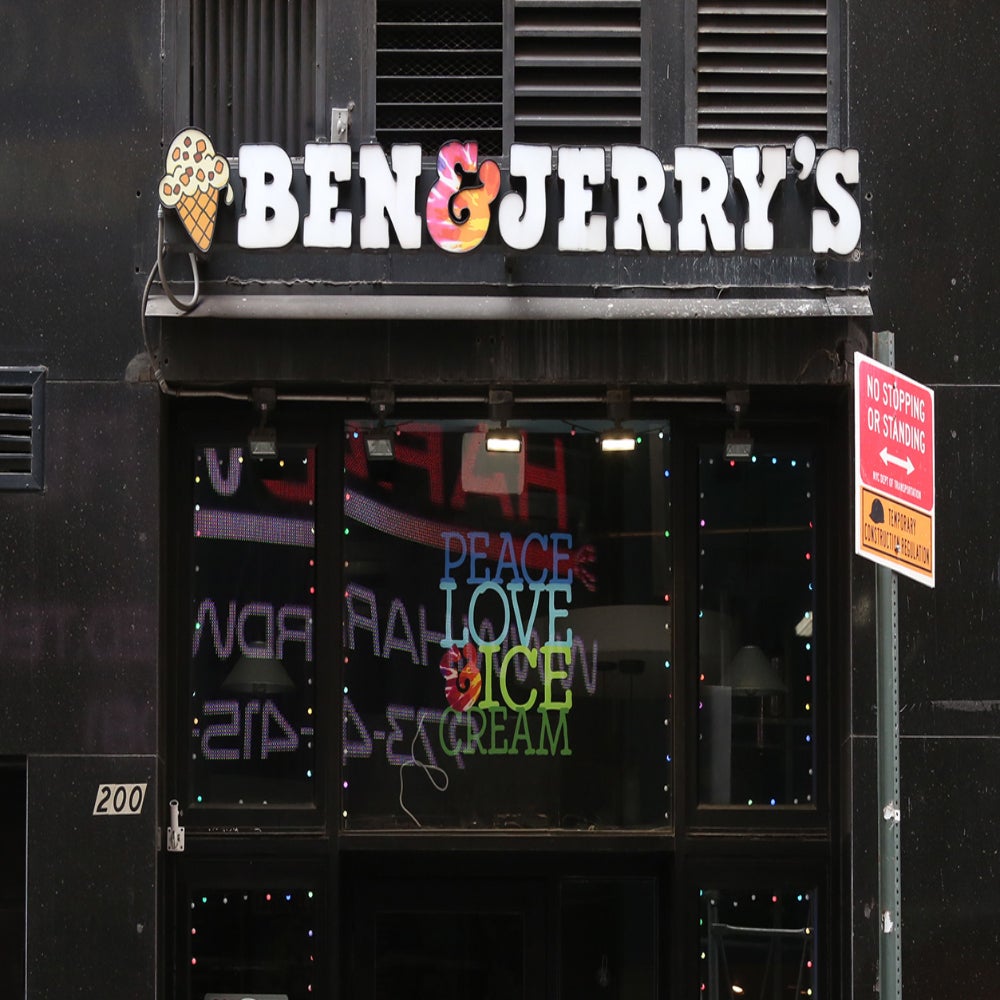 The Vermont-based ice cream company has released one of the most forceful statements in support of the protests. Here's an excerpt:

"The murder of George Floyd was the result of inhumane police brutality that is perpetuated by a culture of white supremacy. What happened to George Floyd was not the result of a bad apple; it was the predictable consequence of a racist and prejudiced system and culture that has treated Black bodies as the enemy from the beginning. What happened to George Floyd in Minneapolis is the fruit borne of toxic seeds planted on the shores of our country in Jamestown in 1619, when the first enslaved men and women arrived on this continent. Floyd is the latest in a long list of names that stretches back to that time and that shore. Some of those names we know — Ahmaud Arbery, Breonna Taylor, Oscar Grant, Eric Garner, Trayvon Martin, Michael Brown, Emmett Till, Martin Luther King, Jr. — most we don’t.

The officers who murdered George Floyd, who stole him from those who loved him, must be brought to justice. At the same time, we must embark on the more complicated work of delivering justice for all the victims of state sponsored violence and racism."

His Criminal Record Disqualified Him From Receiving PPP. So He Pushed Back, and Got the Rules Changed.