Though 2020 will go down in history mostly because of painful reasons, India saw 11 startups turn Unicorn, the highest in a calendar year
Next Article

The year 2020 is finally coming to an end. The year which was supposed to see flying cars as per various sci-fi movies is now in its final chapters with the majority of people continuing to spend most of the time at home trying not to contract the virus. The outbreak of COVID-19 from last year brought the world to an absolute standstill for the better half of this year. Soaring active cases, stressed healthcare systems, rising unemployment, crippling economy snatched people's lives and livelihood.

India, a country with a massive 1.3 billion population, was among the worst hit both in terms of cases and the economy. In the first quarter, India’s economic growth contracted by a never seen before -23.9 per cent. Even with such a debilitating economy, India’s startup ecosystem which turned out to be a beacon of hope produced 11 Unicorns, the highest ever in a calendar year. To give a context, last year India produced nine unicorns and a year before that eight unicorns.

Let’s have a look at all the 11 unicorns. 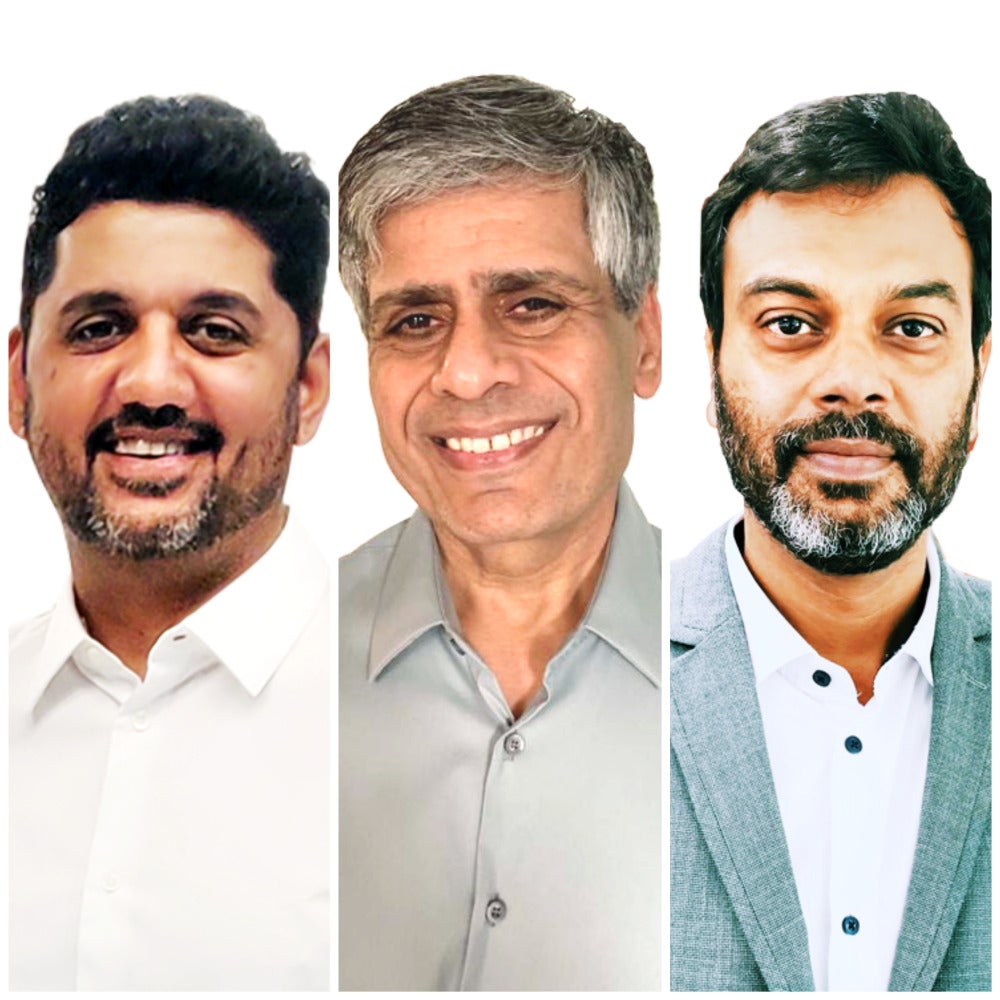 It took 22 years for the company to enter the prestigious club. 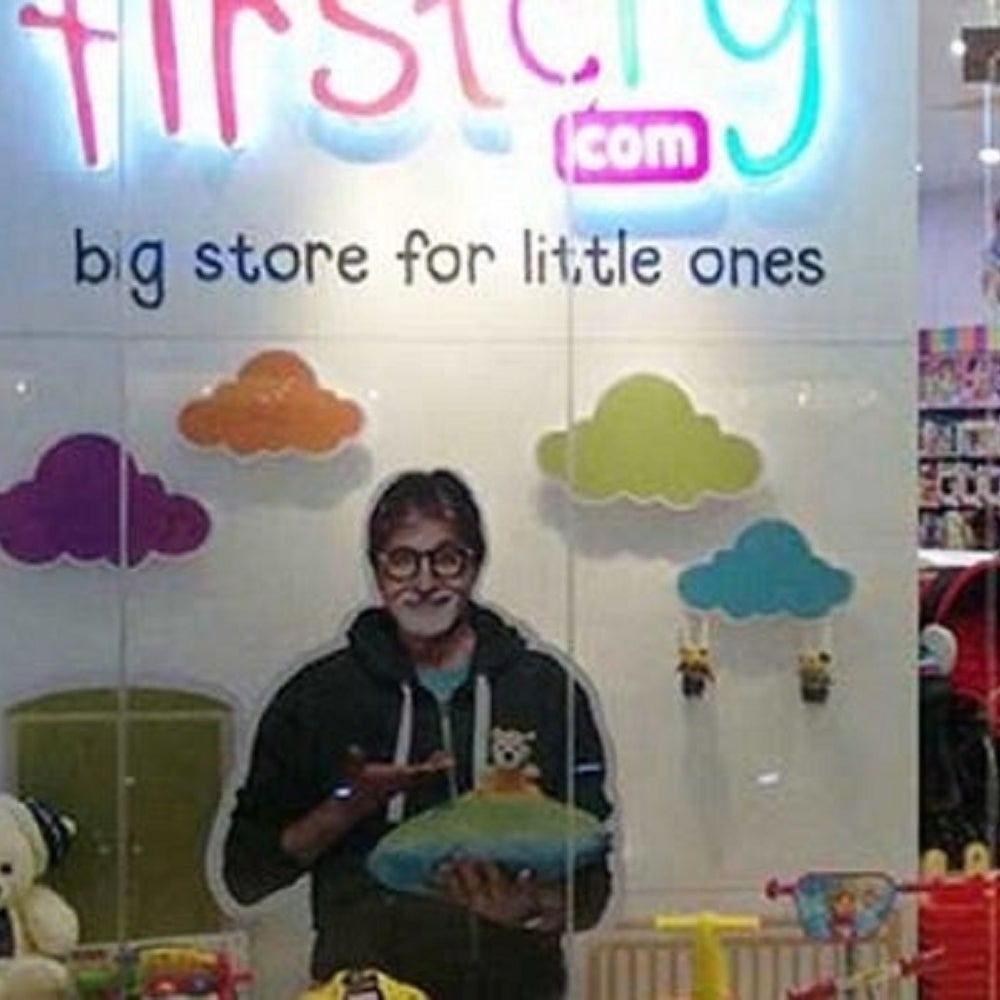 Image credit: Entrepreneur India
Pune-based baby care product startup FirstCry after picking $296 million from Japan’s Softbank in its series E funding round entered the Unicorn club. Founded by Supam Maheswari and Amitava Saha in 2010, FirstCry is one of the most successful brands in a competitive baby-and-mother-care segment, which is often dominated by brick-and-mortar stores. The startup has over 300 stores across India. However, the majority of its business comes online. 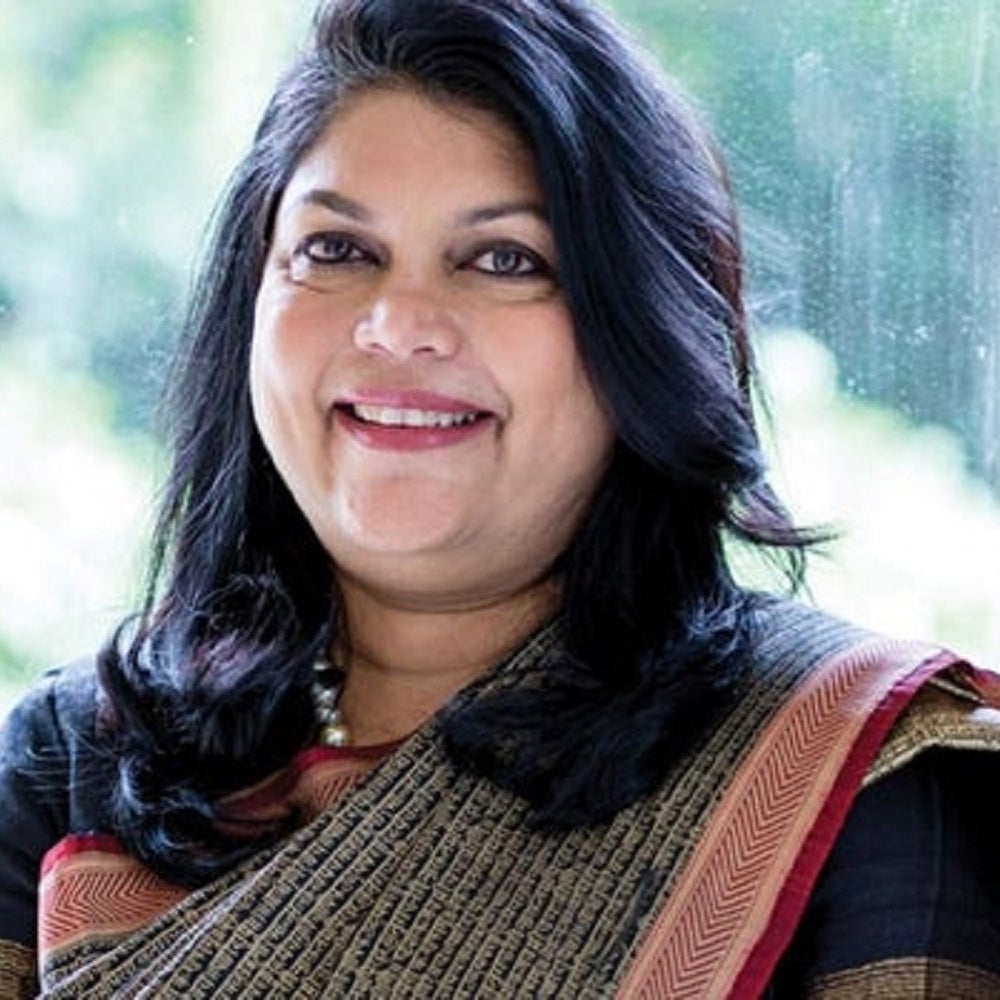 Mumbai-based omnichannel lifestyle retailer Nykaa after raising INR 66.64 crore from its existing investor Steadview Capital crossed the valuation of $1 billion to enter the Unicorn club. Nykaa was founded in 2012 by entrepreneur Falguni Nayar with a vision of providing a carefully curated range of products for every beauty solution. Nykaa has now expanded to an omnichannel lifestyle retailer with over 17 million monthly active visitors, 74 stores across India, fulfilling over 1.5 million orders a month, with 2500+ brands and 130,000+ products available through its website, app and stores. 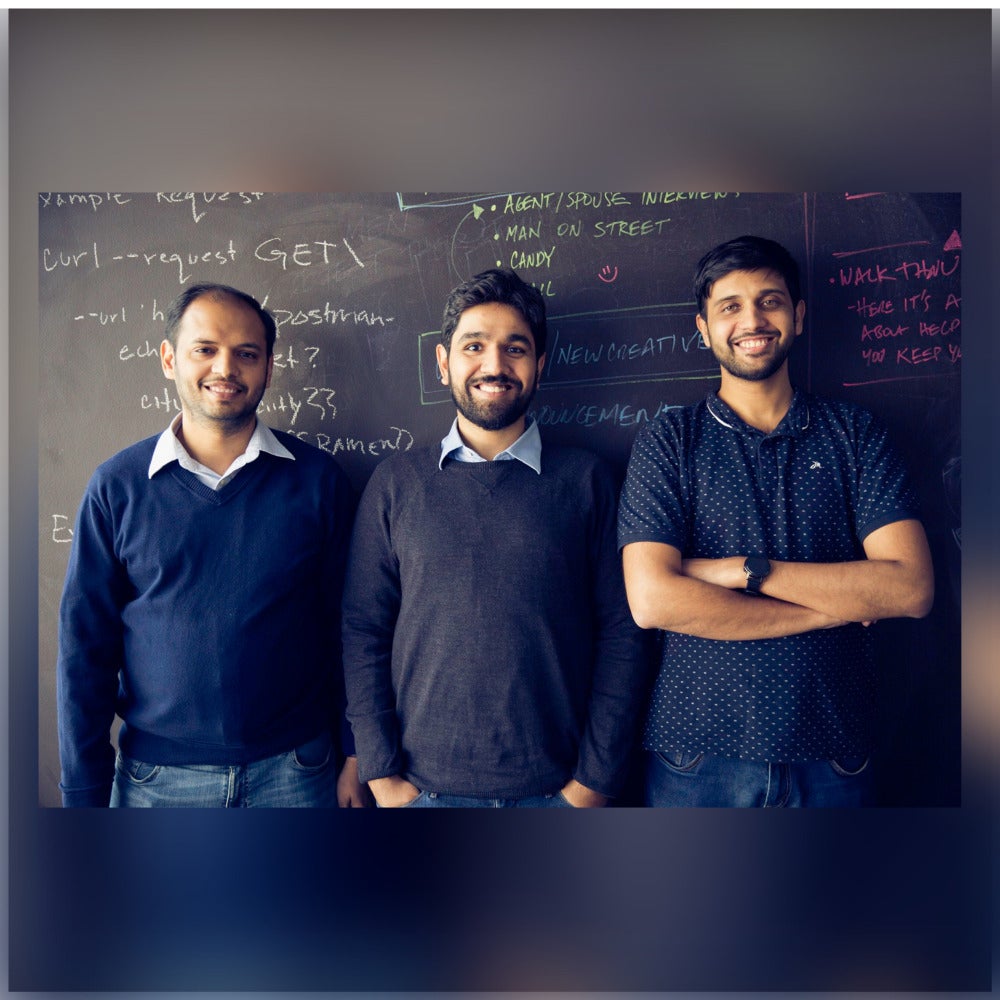 In June, application programming interface (API) provider Postman after raising $150 million in a Series C round from Insight Partners, CRV and Nexus Venture Partners entered the coveted club. The investment valued Postman at $2 billion and helped it to join the league of SaaS Unicorns such as Freshworks, Druva and Icertis. Bengaluru- and San Francisco-based Postman was launched by Abhinav Asthana and Ankit Sobti in 2014.

The startup has over 11 million users globally, using its services to streamline collaboration and simplify each step associated with building APIs. Its customers also included Fortune 500 and other top companies such as Microsoft, Intuit, Shopify, etc. 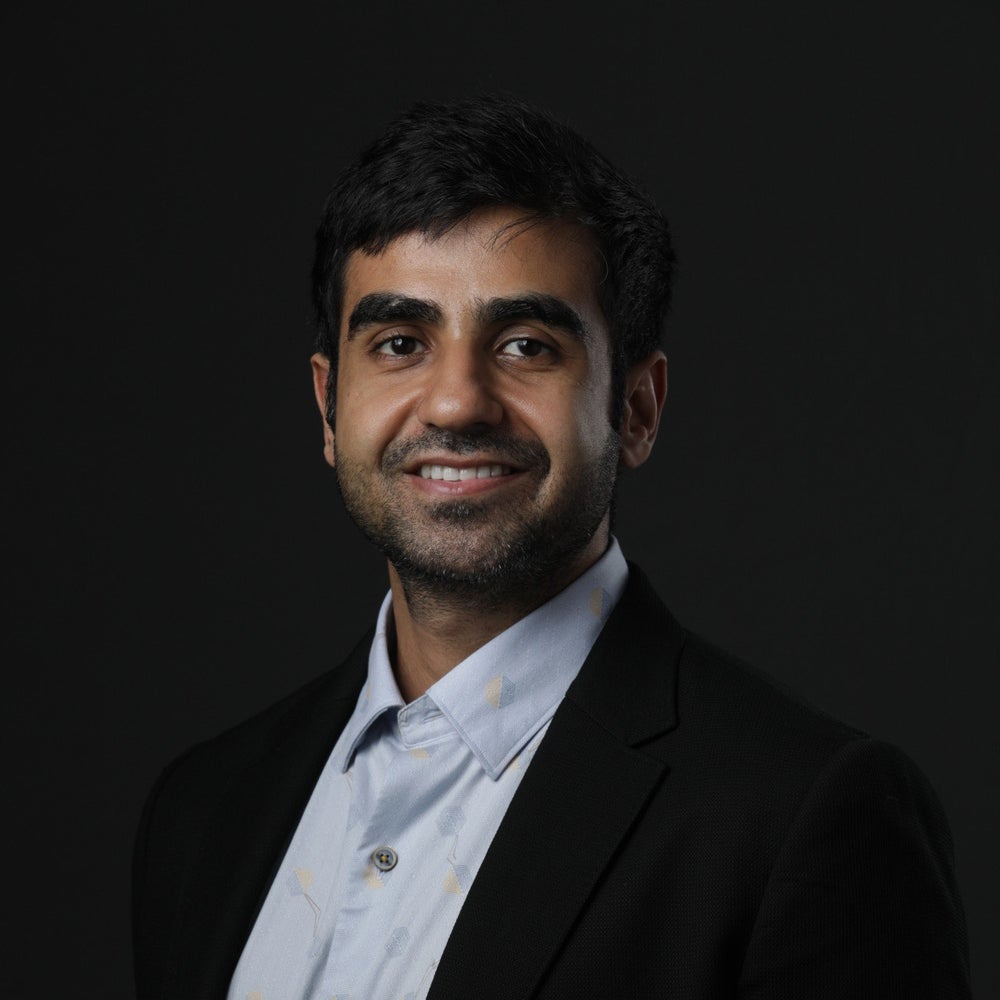 After being bootstrapped since the inception, the Kamath brothers founded startup Zerodha achieved the Unicorn label. The stock trading platform claimed the Unicorn valuation in its employee stock ownership plan (ESOP) buyback offer. The Bengaluru-based startup claims to have doubled its average monthly user from pre-COVID levels. According to reports, the company has clocked a net profit of INR 350 crore on revenue of INR 850 crore in financial year 2019. 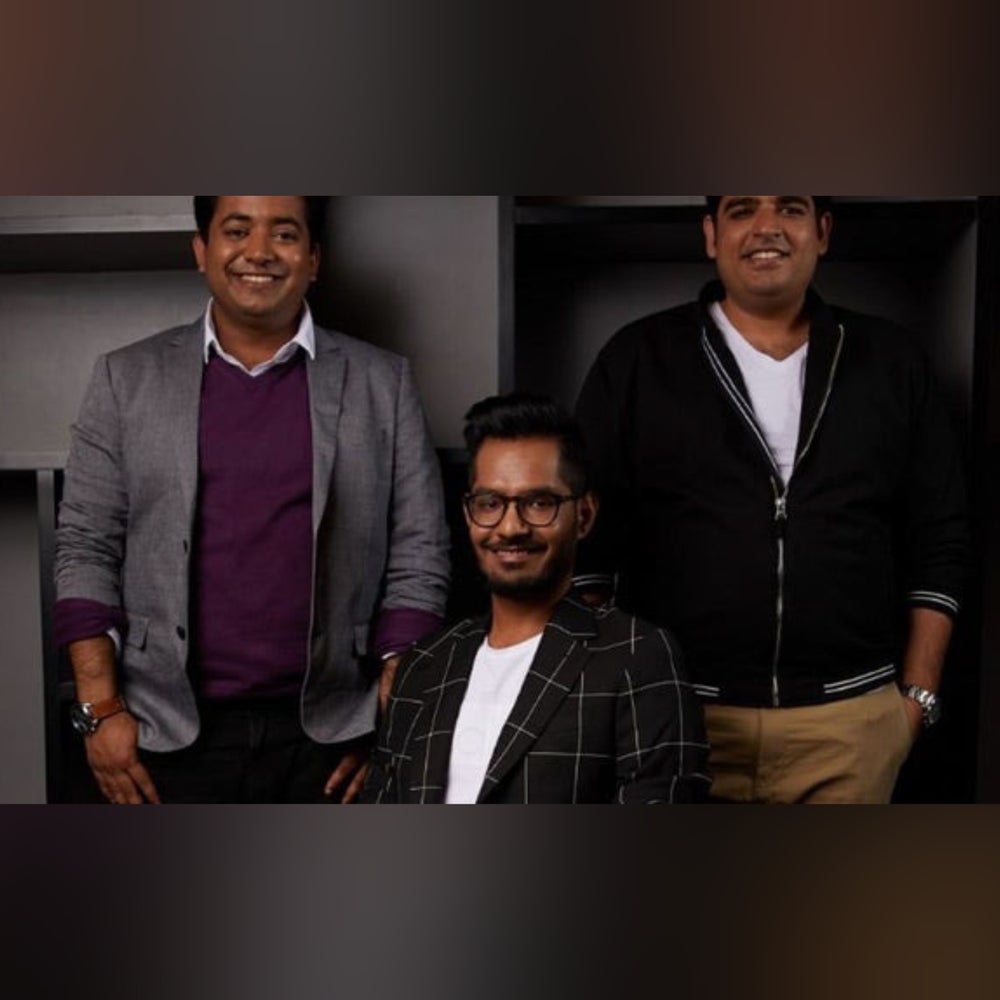 In yet another instance of an Indian edtech startup reaching new highs, Bengaluru-based Unacademy entered the coveted Unicorn club after raising $150 million in a round led by Softbank. The fresh funding valued the edtech player at $1.45 billion. Existing investors such as General Atlantic, Sequoia India, Nexus, Facebook and Blue, too, participated in the round.

Founded in 2015, Unacademy started as a YouTube channel before launching its own platform and a mobile app. The platform currently has more than 1 million videos from over 10,000 educators across the country. Its app now has over 10 million downloads on the Google Play Store. 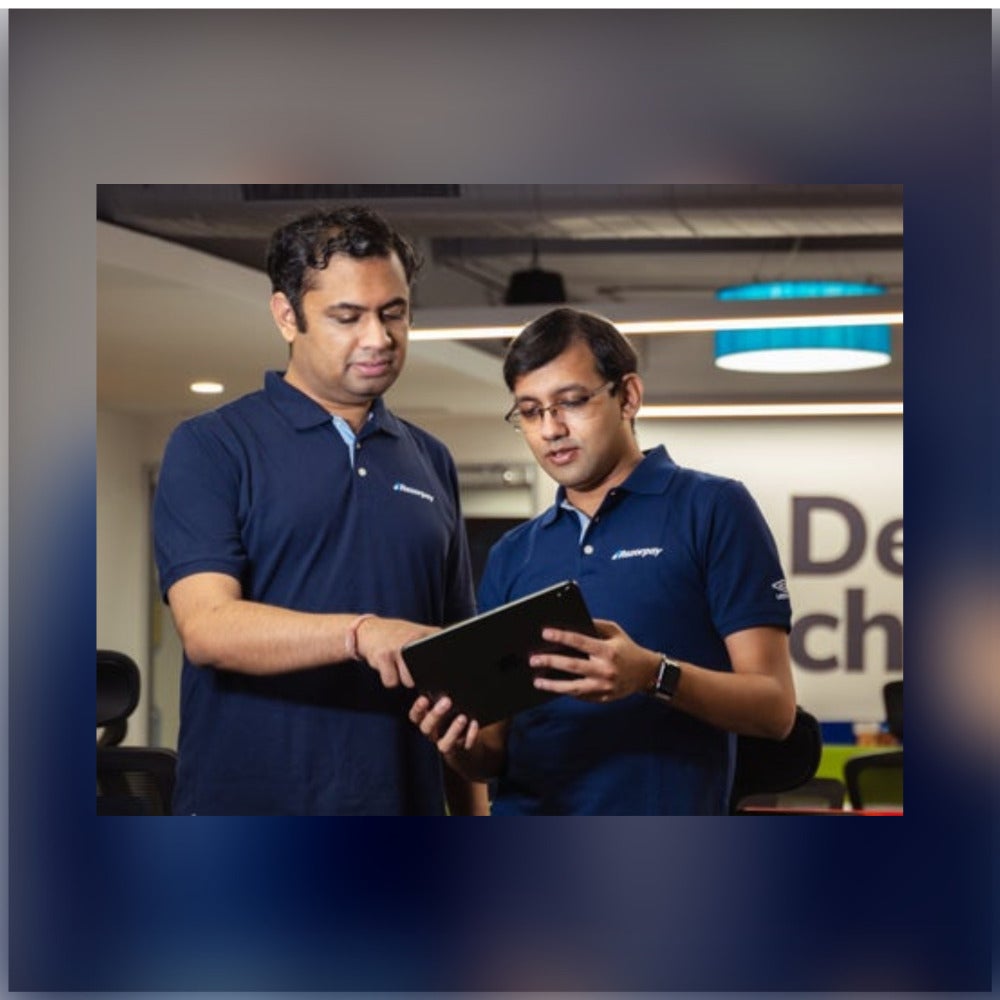 Founded in 2014 by IIT-Roorkee alumni Shashank Kumar and Harshil Mathur, the Bengaluru-based startup provides comprehensive payments and banking solutions to businesses. Currently, it claims to serve over 5 million businesses, including Airtel, BookMyShow, Facebook, Ola, Zomato, Swiggy, Cred and ICICI Prudential, among others. 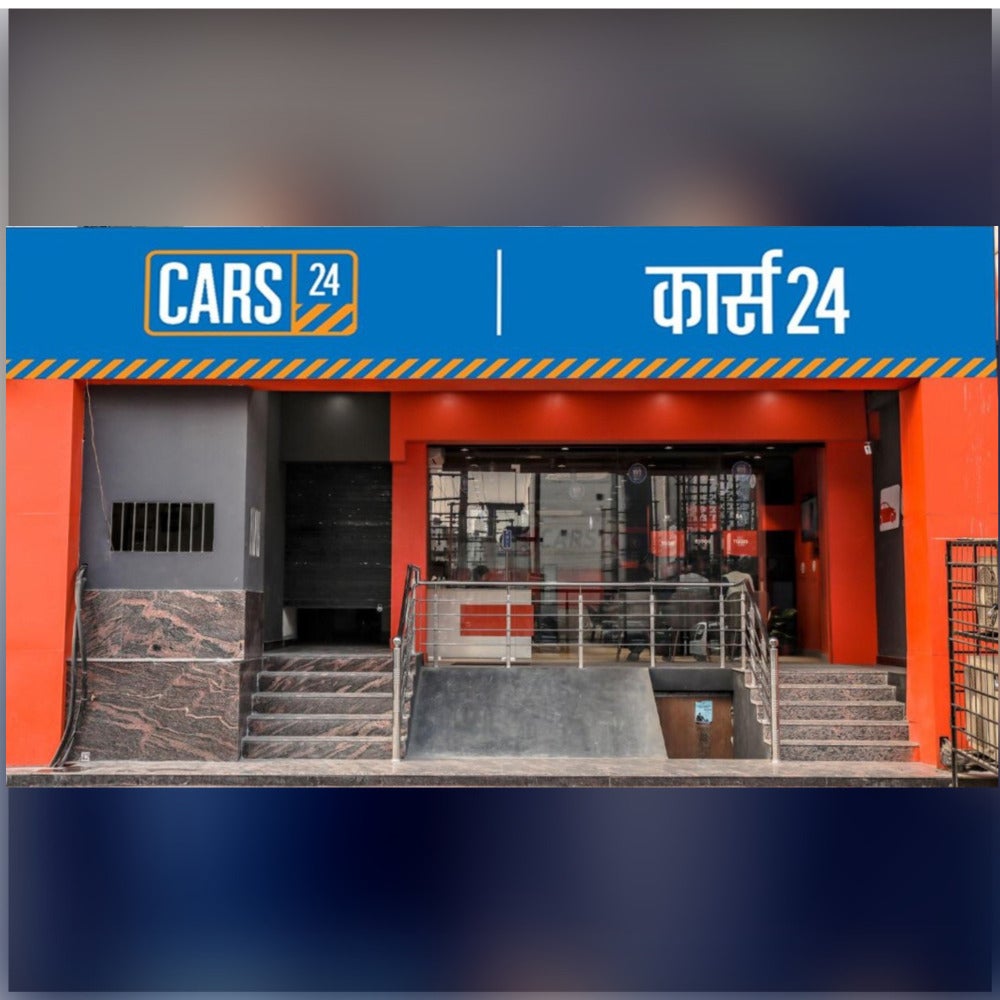 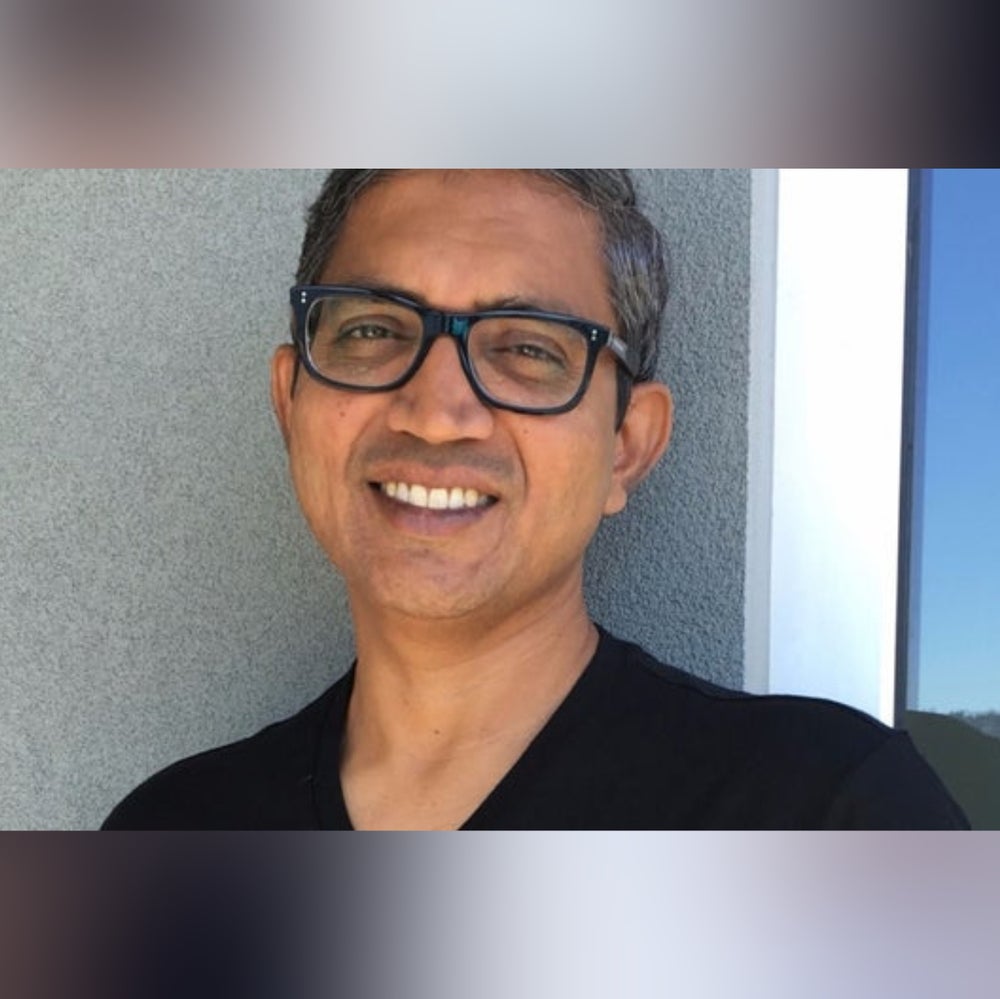 Bellevue (US)- and Hyderabad-based startup Zenoti entered the prestigious Unicorn club after raising $160 million in its Series D round funding led by private equity firm Advent International, along with participation from existing investors Tiger Global and Steadview Partners. Zenoti, which is SaaS-based service provider to the beauty and wellness industry, has now become the fifth software product company of Indian origin to enter into the coveted club with valuation of $1 billion or more after Freshworks, Druva, Zoho, Postman and Icertis.

Founded in 2010 by Sudheer Koneru, Zenoti provides an all-in-one, cloud-based software solution for the spa, salon and med spa industry. The company boasts of powering over 12,000 businesses across 50 countries. 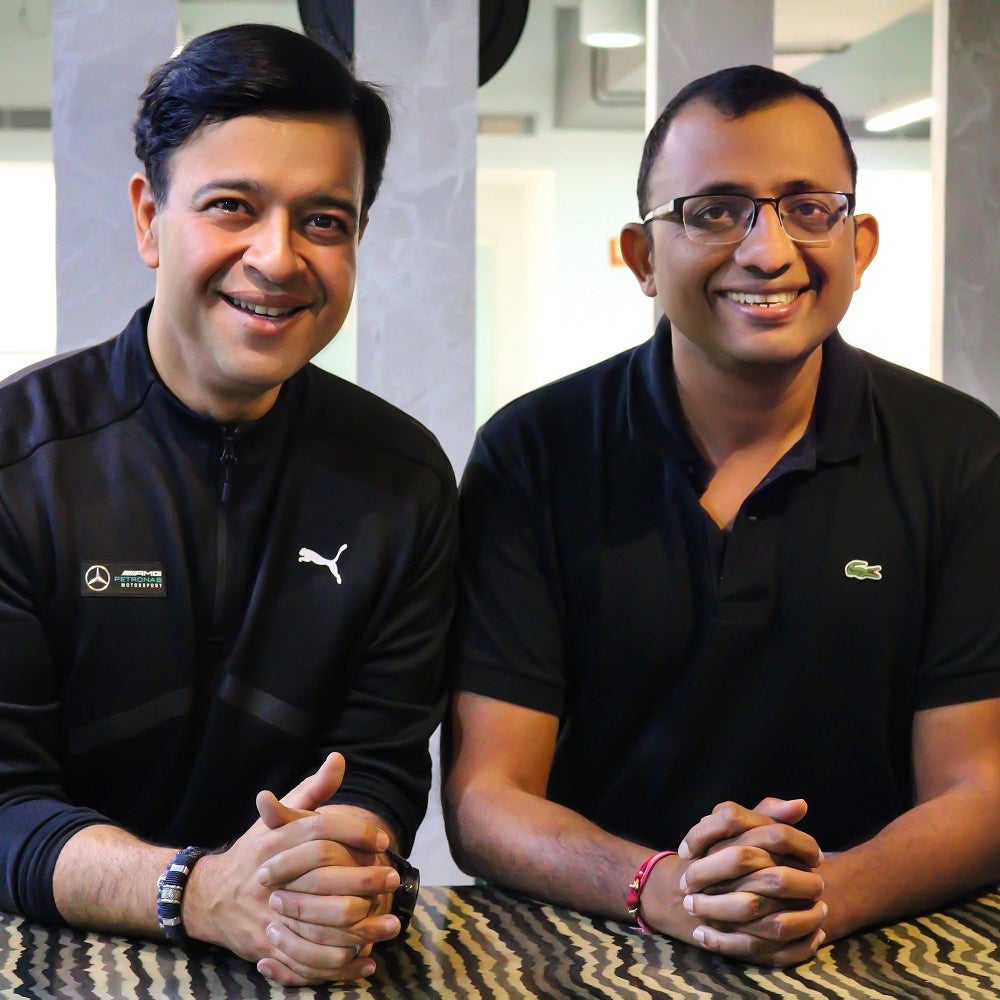 Bangalore-based VerSe Innovation, the parent company of popular news aggregator platform Daily Hunt, after receiving more than $100 million in funding from Google, Microsoft and Falcon Edge’s Alpha Wave Incubation entered the Unicorn club. Existing investors Sofina Group and Lupa Systems Matrix Partners, Sequoia Capital India and others too participated in the funding round. Apart from Daily Hunt, the company also has developed a short-video platform Josh for India which specializes in hosting 12 regional languages. While Daily Hunt has a user base of more than 300 million,  Josh boasts of having more than 200 best influencers in the country, around 10 biggest music labels and around 15 million UGC creators. 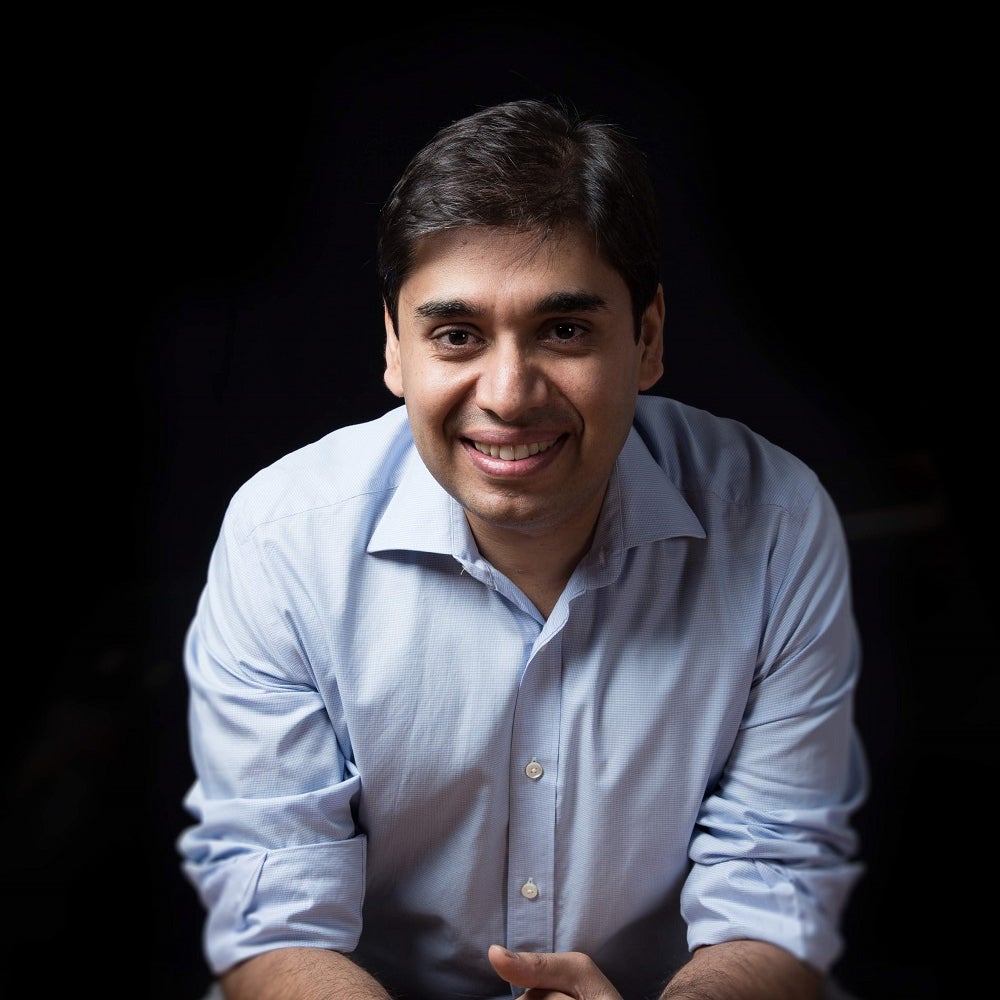 Glance, one of the major mobile lock screen platforms, earlier this week announced it has raised $145 million from Google and its existing investor Mithril Capital. This investment helped Glance, a subsidiary of Naveen Tiwari’s InMobi Group enter the Unicorn club. Glance delivers AI-driven personalized content in multiple languages such as English, Hindi, Tamil, Telugu and Bahasa on the lock screen of Android smartphones. The company boasts of around 115 million daily active users that spend 25 minutes per day.

This is Naveen Tiwair’s second venture that has entered the unicorn after InMobi became the country’s first startup to achieve the status back in 2011.

Top Technology Skills To Learn For a Successful Career In 2021

How To Set Your Team's Resolutions In the New Year

Would Fintech Proliferate Under the Shade Of the Pandemic In 2021?

2020: A Turning Point For the Digital Lending Industry