A Business Based on Harmony

Chris Lighty veered from the front line of the music business to become a marketing maven for musicians.

By Amanda C. Kooser
August 21, 2008
Opinions expressed by Entrepreneur contributors are their own. 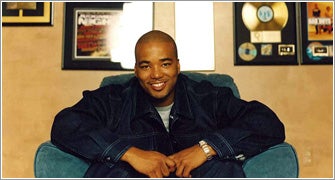 From vinyl to vitamin water: Chris Lighty's first music industry job involved carrying crates of records for DJ Red Alert. "I figured out that I didn't want to be on the front line; I wanted to be on the back line," he says. Since starting Violator in 1990, Lighty has spearheaded a host of innovative marketing moves that have connected musicians with brands, including rapper 50 Cent's major endorsement deal with Vitamin Water. Violator is also home to big-name artists such as Diddy, LL Cool J and Macy Gray.

Management training: Lighty honed his management skills from an early age--he was in charge of getting his siblings to school from their home in the Bronx projects. "I have to thank my mother for being able to deal with different attitudes and the timing issues--and for making sure I got to school," he says. The Bronx turned out to be a good location for Lighty as hip-hop and rap took wing all around him in the early '80s. "Our culture isn't just about living in the projects; there's so much more."

Branding iron: As Lighty continues to make creative management and branding moves with Violator, he's also building up strategic marketing and management company Brand Asset Group, a joint venture launched with Warner Music Group last year. "The way that I'm looking at the music business now is that it's an overall business of entertainment," he says. Lighty maintains his entertainment industry shooting-star status by matching artists with unexpected brands and extending his influence into TV and film deals. Lighty even has a film company with 50 Cent. Other plans in the works include a hip-hop reality show.

Follow his lead: Creative thinking can help you make successful business connections that others overlook.

What is your secret to success?
Lighty: It's all about persistence. Persistence breaks down resistance. I read a
lot. You have to learn the business and take in as much information as possible. Stay true to yourself and the culture that you're representing.

What advice would you give other entrepreneurs?
Lighty: Have your business plan intact, and learn how to stick to it. Learn what those numbers mean. It just doesn't happen overnight. You have to stick to it, hope for the best and plan for the worst. You'll be much [happier] once the best happens.

When did you know you had "made it"?
Lighty: I still run out of my house like they're going to figure out a way to take it from me. I know that I've made it in some context, but I still work as hard--if not harder--as when I first entered the industry.

What was the first toy or reward you bought for yourself when you became successful?
Lighty: The one thing that sticks out in my head the most is when a friend
and I signed Naughty by Nature to Tommy Boy. We bought ourselves a present of Rolexes that we always wanted. I still have that Rolex.