His Watchword Is Customer Service

This company has been through the wringer and come out on top. 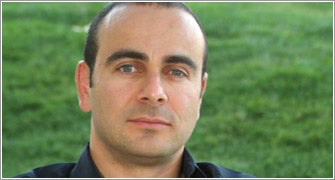 Against all odds: The saying "been there, done that" rings true for Marx Acosta-Rubio. That's not to say he doesn't have room to grow. But over the years, he's encountered almost every roadblock possible. The day in 1998 that Acosta-Rubio was fired from his job was the day before he launched Onestop and set in motion a series of obstacles, including a hysterical relative trying to renege on a loan, failure to collect a year of receivables, a lawsuit and a negligent CFO. But Acosta-Rubio says, "It's those lessons that make us who we are today."

Competitive edge: From the beginning, Acosta-Rubio has kept up with the big names by using a "customer intimacy model," he says. "Our competitors focus on price and availability, but we discovered a market that craves service." His employees contact clients before they need toner cartridges or other office supplies, and they do it over the phone, which is a rarity in this automated, web-based industry. Acosta-Rubio's former employer, who is one of his major competitors today, "did $27 million last year with 112 salespeople; we did $16 million with 14," he says. "Whose model is better? We need to focus on the human aspect of employees and customers."

In retrospect: Like many entrepreneurs, Acosta-Rubio never imagined he'd be where he is today--owner of a multimillion-dollar, 30-employee company. Even so, would he have done anything differently? "Absolutely, 100 percent!" he says. "I would have tried harder, taken bigger risks and made even more mistakes."

Follow his lead: Don't let the fear of failure hold you back from making mistakes--and learning from them.

What is your secret to success?
Acosta-Rubio: There are two components. One is based on a quote by one of my mentors, author and speaker Jim Rohn: "Formal education will make you a living; self education will make you a fortune." I think it was my voracious appetite for learning what I didn't know that was the biggest part. So get as much education, both formal and self, as you can.

The other component is based on a quote by author and entrepreneur W. Clement Stone that says failure takes longer than success. The only way to succeed is through massive failure. We live in a society where we're conditioned to be afraid of making mistakes. But if you're only going to be perfect, you're never going to do well.

What advice would you give other entrepreneurs?
Acosta-Rubio: Again, two things. The first is, don't delude yourself. Not everyone is meant to be an entrepreneur. If you don't have an overwhelming obsession, a passion for something you believe the world needs or has to hear, it's not you. You're probably an amazing human being, but I would focus my energies elsewhere. You're an entrepreneur if you can't stop talking about what it is you want to do or what has to change.

Second, don't do it for the money. I made the mistake of starting to change my direction to focus on the bottom line, and my company started to suffer. My relationships with my employees started going down the toilet, and my company didn't grow as fast. You've got to make it about the obsession of what it is you're here to do, and the money will follow.

When did you know you'd "made it"?
Acosta-Rubio: I still don't know! I got to a point two years ago where I thought, "I have arrived! I am wonder boy! I'm a multimillionaire!" But then I almost fell into depression. I thought, "Is this all there is?" I don't think you ever make it. I think if you can wake up on a daily basis and be excited that you have opportunities and challenges and problems, you're making it.

What was the first toy or reward you bought for yourself when you became successful?
Acosta-Rubio: My house. I went from a 1,300-square-foot house to a 6,000-square-foot house, and in it I built my dream library. It's my pride and joy