Koel Thomae took her love of Australian yogurt and created a business that retails in more than 25,000 U.S. stores.

About 10 years ago, Koel Thomae said she was "having the soul sucked" out of her working in a cubicle for an IT company in Boulder, Colo. Something had to give. After a bit of deliberation, she determined she needed to work in food -- something she says she's always been passionate about.

Despite not having any qualifications in the space, Thomae applied for every local job in food she believed she was reasonably qualified for. "It was pretty much crickets," she says. Finally, after a year of trying, she landed a job at Izze, the sparkling beverage company.

But her entrepreneurial leanings didn't have an outlet until she returned to her home country of Australia and tried a local yogurt.

"It literally was the best thing that I'd ever eaten in my life," says Thomae, who licensed the recipe from the family who created it. "Selfishly, I wanted to eat it more than once a year, and the only way I could figure out how to do that was to start a yogurt company." 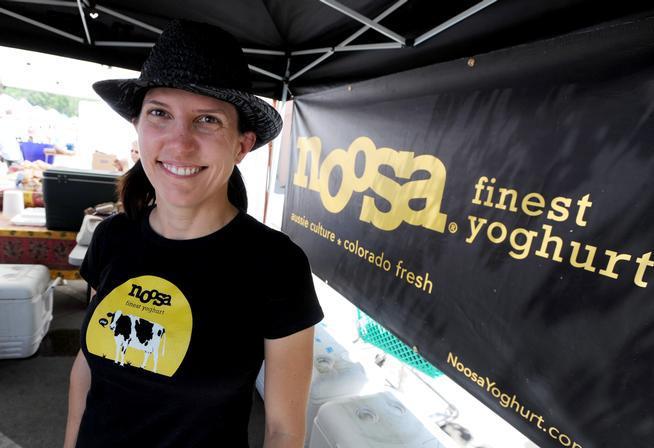 That company is Noosa Yoghurt, which, according to Thomae, brought in $220 million in sales last year. The company's products, which include 30 flavors of yogurt, along with Mates, a breakfast product with yogurt and add-ins like chocolate and granola, are sold in more than 25,000 stores nationwide. Some of its bigger retail customers are Target, Whole Foods, Kroger and Walmart.

We spoke with Thomae to get her insights about building the company, choosing the right partners and her $100,000 mistake.

Once you set your sights on building a yogurt company, how did you go about doing it?

I was at a local coffee shop and spotted a flyer for this family farm up in northern Colorado. I cold called and connected with farmer Rob Graves. At the first meeting, I did not actually have yogurt samples [with me]. I think he thought I was certifiably crazy.

I don't know how my mum shipped the samples from Australia, but we managed to get them through customs. I went back to the farm a few weeks later, and we tasted the yogurt. Essentially, he was like this is the most amazing thing I've ever eaten, let's make some yogurt. So, two complete strangers went into business together bonding over delicious whole milk yogurt, and the rest is history.

How did you go from creating the product, getting it into a package and into your first store?

That was the great thing about partnering with the dairy farm in the early days. They were already selling their bottled milk in Whole Foods in Colorado. They had that connection with the dairy buyer, and back in 2010, Whole Foods was still very autonomous regionally.

I remember Whole Foods told us that they hated the packaging because it was large, transparent and unlike anything else in the yogurt aisle. It's [still] the same packaging.

I diverted them to tasting the product where the magic was, and they were still giving us push back on the packaging. I said, “It's too late; we've already bought the equipment.”

Ironically, it has been sort of a game changer for us in the category where a lot of people have told us that's why they first picked us up. It was disruptive. Not much else was transparent in 2010.

Related: The Founder of Panera Bread: 'I Wish I'd Fired More People'

Interestingly enough, it was Target. That came about in 2012, the first time that we exhibited at Expo West (a large conference for the food industry), and they found the product there. What gave me the conviction that it was the right time and the right partner was from my experience at Izze. I had operational experience with Target, and I also understood the backend logistics. If you don't understand the supply chain of working with a retailer like Target, you're going to fail. They started us out like a lot of brands in their Super Target format, which is about 250 stores. 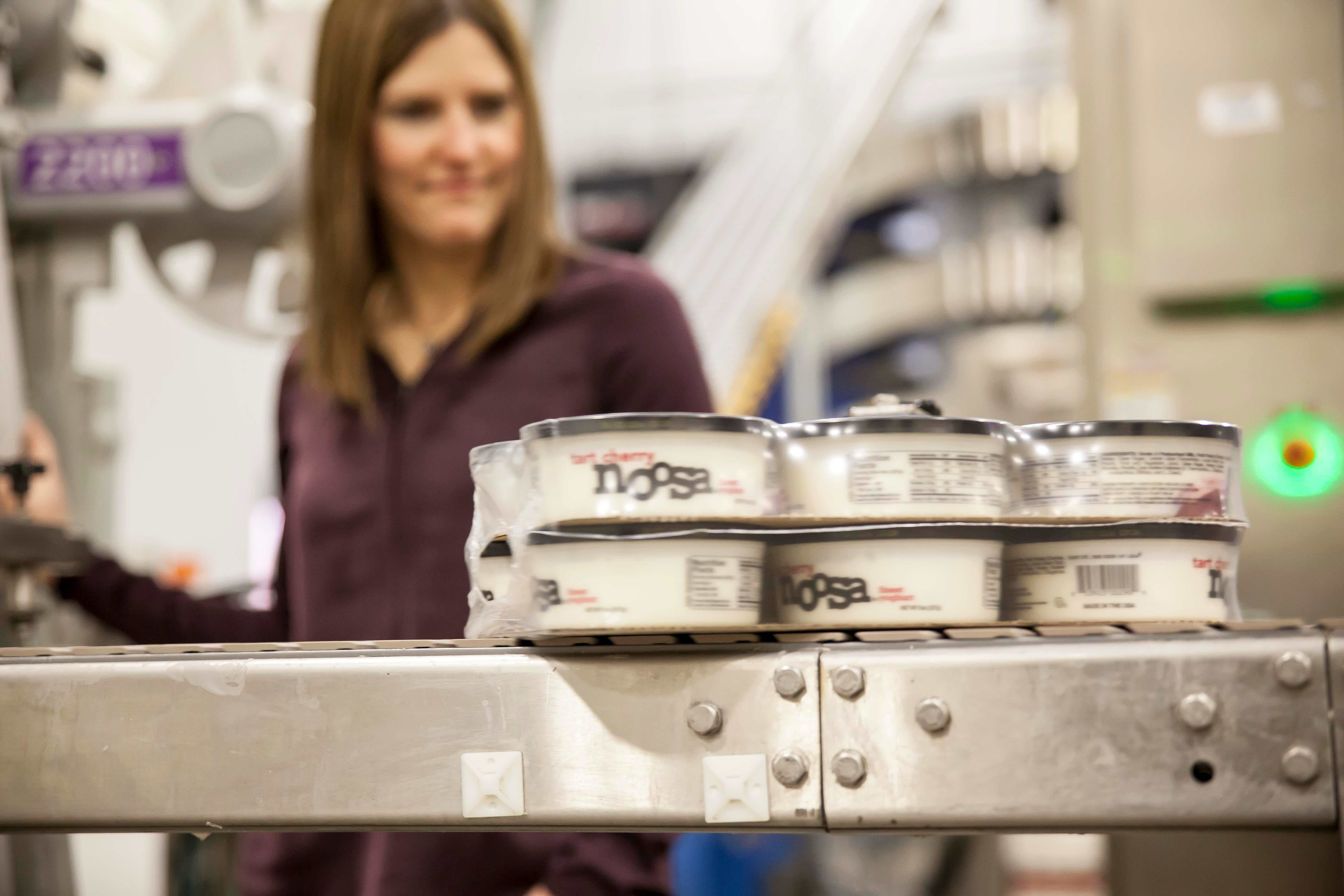 About three months later Target actually came back and asked if we expand into 1,500 stores. I had to call Rob and have a serious conversation. He said we can do it, but you're going to have to put a little bit of a pause on selling to other retailers until we can build out and get more capacity. That was hard, but on the other hand, it created pent up demand from other retailers.

What can entrepreneurs learn from your experience with Target?

My biggest piece of advice is understanding who your core customer is. You have to find that bullseye and work with retail partners that have that core consumer, and it also has to be a retail partner that is going to partner with you.

Understand the supply chain and the backend logistics of working with a retail partner, because if you fail at that, you're not going to get your product to shelf. Getting the “yes” is just the first step, but there's a lot of different things that come. Then have a plan of how you're going to get it off the shelf.

It sounds like you once had a bad experience.

In 2011 we got an opportunity to have a sales meeting with an East Coast retailer. I had some apprehension, but I was convinced that it would be a good idea, and what's the worst thing that can happen? They actually said “yes,” and we decided to go for it.

We didn't get that level of partnership that we needed to have the time to get off the ground, and we had zero brand awareness in New York and no budget. There were all of these different pieces of the puzzle that made it completely fail, and we ended up taking an almost $100,000 hit financially. We ended up pulling out of the business, which was a hard thing, but we were hemorrhaging money. 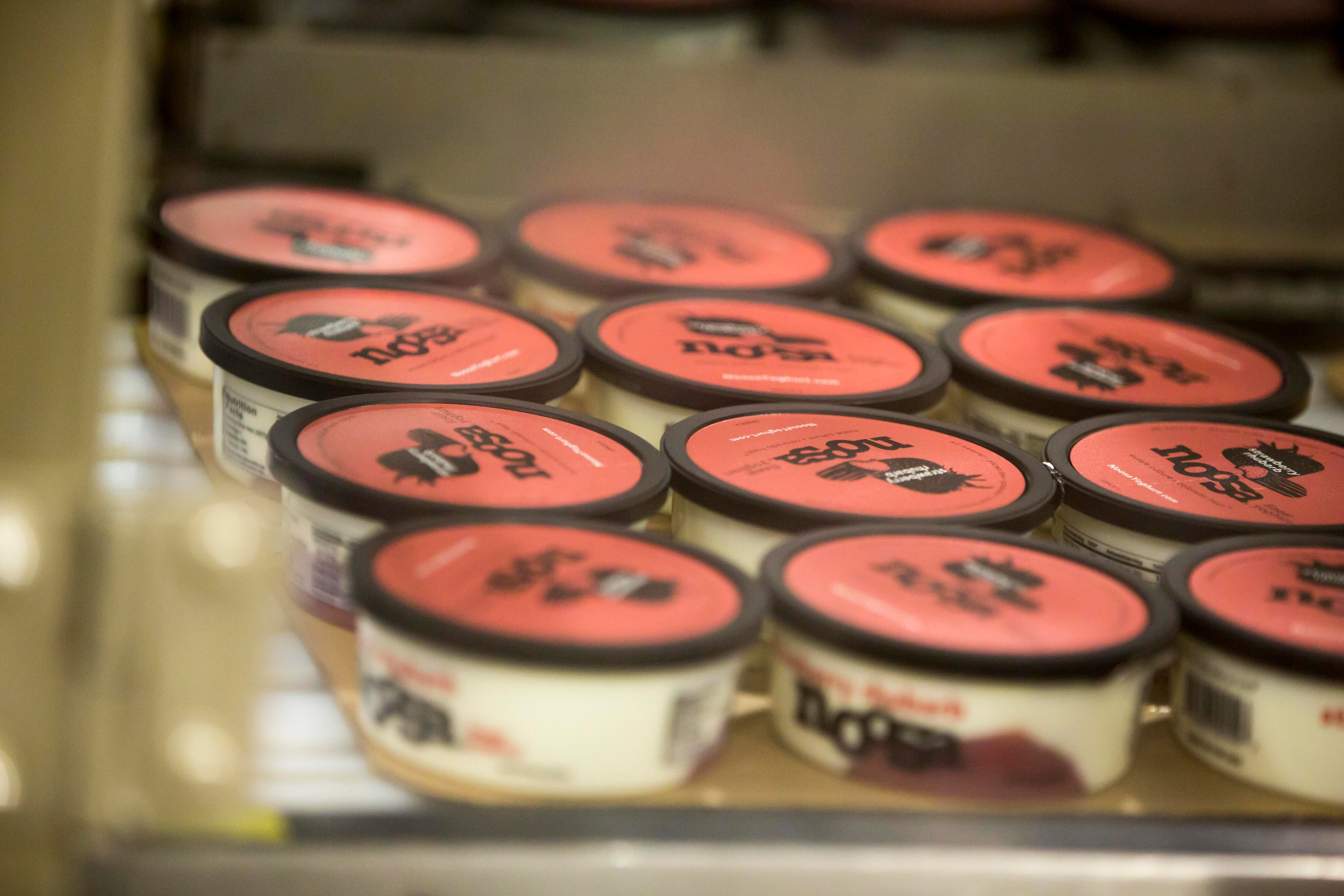 It forced us to sit down and talk about having a strategy, because we never wrote a business plan. It set us up to be smarter about how we expanded the business. It was an expensive mistake but a good mistake to happen earlier on and learn from it. It didn't kill us, but it still pains me.

Is there anything interesting about yourself that you think helped you launch and grow the business?

I've always had a strong curiosity and sort of adventurous spirit. That really comes from my mother, who used to dare me to do the most ridiculous things. She was always pushing me out of my comfort zone to do funny things, and it taught me not to be too serious or take life too seriously. That's really important when you're starting a business, because there have been some very serious moments, and I have had the ability to take a step back and realize that the world is not going to end over yogurt.

This Physician Is on a Mission to Empower Home Health Aides. Here's How She's Doing It.

Dr. Madeline Sterling shares how she's working to improve the lives of home health aides and their patients. Plus, her advice on other researchers trying to pioneer a new space in their field.

Interview with the CEO Fabio Viviani about how culture should be the number one goal for any business, finding — and using — celebrity, and learning to stick to a specific system.