Tej Kapoor, the current Managing Director and Head of Fosun RZ Capital India, in a conversation spoke about how the company is looking to take Indian startups to the next level and help them leverage the knowledge that Fosun has from China
Next Article Add to Queue

Tej Kapoor, the current Managing Director and Head of Fosun RZ Capital India, in a conversation spoke about how the company is looking to take Indian startups to the next level and help them leverage the knowledge that Fosun has from China.

“Companies can go and work in China; also we are looking at how we can bring Chinese knowledge especially the technology side to India. There is so much depth of information when I travel to China. I see them so much ahead of us; at least a ten years ahead of us,” Kapoor told Entrepreneur India.

In his two years at the company, Kapoor has been scouting for innovative enterprises to invest from seed to IPO stage, all with high-growth pattern and sustainability of the business model.

Founded in 2013, Fosun RZ Capital is the only venture capital investment institution backed by the Fosun Group.

Fosun RZ is a global-tech fund with teams in the US, South East Asia and China. The fund has made a total of 80 investments, out of which 60 are in China and the rest around the world.

With its eyes on early and growth-tech companies in India, the equity investment institution’s current portfolio in India includes Gland Pharma, Delhivery, Makemytrip, Ixigo and Kissht among others. 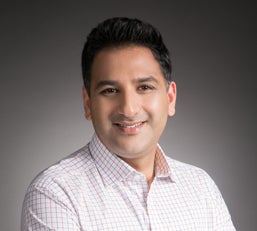 What is Fosun RZ’s Pick?

Besides real state and healthcare, there is no marking for India besides for technology companies.

“We are evergreen sort of a fund and what happens is we invest where its required; like I said there’s no ticket size issue, so we can go from small to big generally in the tech side,” Kapoor said.

In terms of fund philosophy, the fund is ready to invest from $1 million to $100 million. Kapoor says entrepreneurs should look at Fosun RZ not as a fund that is aggressive for an exit. “We stay with the entrepreneur for a long time, however we are centrally-focused about the returns,” Kapoor said.

With respect to startups approaching for investment, Kapoor believes it depends on the sector that one is operating in. “I think like any other investor thinks, at the end of the day it is people who drive the company. The team has to be strong in India – Here there are many issues like infrastructure etc.

“We do look at value investments and new sectors. We are not the ones who would chase number one asset and give high valuation. That is good for many investors but we have our own thesis of building companies; we do small investment with a  long-term view , so I think we are not typically running after that company that has to be a Unicorn in its sector,” says Kapoor.