The Business of Bloodsport

From blood sport of taking down the opponent with style, to winning your audience with fashion.

By Dennis Romero April 8, 2009
This story appears in the May 2009 issue of Entrepreneur. Subscribe » 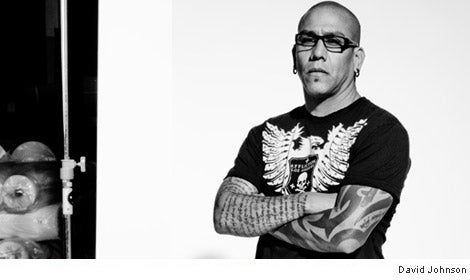 Tom Atencio sports tribal tattoos, skeletal silver jewelry and muscles sculpted from years of practicing mixed martial arts, the violent spectator sport that combines elements of wrestling, kickboxing and street fighting. Perhaps you've heard of MMA . Senator John McCain once likened it to "human cockfighting." (Debatable, but it's certainly bloody.) Maybe you've seen the footage--of Randy Couture taking an opponent to the ground like a lion after prey, or Tito Ortiz kicking a foe's face within the confines of an eight-sided cage. But you probably don't know MMA as well as Atencio does. Not only has he fought professionally, he's also making his MMA lifestyle a bona fide business.