Champions aren't born, they're made--or so the saying goes. But each champion is made in a different way, and there is no blueprint for business success: Some entrepreneurs burst out of the gate and never look back; others stumble badly, learn from their mistakes and make the most out of their second chances.

Formative success breeds sustained success, contends Ian H. Robertson, a professor of psychology at Trinity College Dublin and founding director of the school's Institute of Neuroscience. In his book The Winner Effect: The Neuroscience of Success and Failure, Robertson explores the science behind how success impacts brain chemistry and makes humans and other creatures smarter, more self-possessed and more aggressive, setting the stage for even greater accomplishments to follow.

On the other hand, eventual success can be forged from the crucible of failure, argues Cass Phillipps, the founder and global producer behind FailCon. Inaugurated in 2009 in San Francisco, FailCon is a series of conferences spotlighting entrepreneurial failures and how those negative experiences can shape wiser, more thoughtful business leaders, giving them the critical insights and assets necessary to build startups that thrive.

Entrepreneur pitted Robertson and Phillipps head-to-head to identify whether success or failure is the optimal launching pad for subsequent achievement.

Former heavyweight boxing champion Mike Tyson may seem like an unlikely model for entrepreneurial success, but his comeback from prison exemplifies "the winner effect," as detailed in Ian H. Robertson's book of that name.

When Tyson returned to the ring in 1995 after a three-year incarceration, larger-than-life promoter Don King set up a comeback bout against journeyman Peter McNeeley, a so-called "tomato can" the rusty, out-of-shape Iron Mike could beat with the proverbial hand tied behind his back. The fight lasted just 89 seconds before McNeeley's corner conceded defeat. From there, Tyson demolished challengers Buster Mathis Jr. and Frank Bruno, regaining his heavyweight belt in March 1996.

"The winner effect is a phenomenon that occurs across species, whereby if someone wins a contest against a weaker opponent, they're more likely to win a subsequent contest against a tougher opponent," Robertson explains. "Tyson wouldn't have reclaimed the championship if he hadn't fought the tomato cans. When you are faced with a challenge against someone, your testosterone levels go up. The higher they go up, the more likely you are to win. If you win compared to losing, your testosterone levels shoot up as well. The experience of winning increases the number of receiving stations for testosterone in the critical parts of the brain associated with aggression and motivation. The next time they're in a contest, the surge of testosterone has a much bigger effect on them, because there are more receiving stations in the brain." 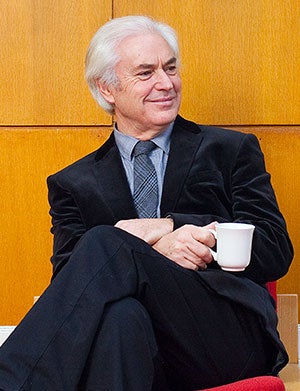 Success breeds success across all walks of life, Robertson states, noting that entrepreneurs who hit pay dirt early on are likely to experience even greater professional triumphs as their careers unfold. "The main ingredient of success is having success," Robertson states, citing sociologist Robert Merton's theory of the Matthew effect, which in essence contends that "the rich get richer and the poor get poorer." (This stems from a verse in the Gospel of Matthew: "For unto every one that hath shall be given, and he shall have abundance: but from him that hath not shall be taken away even that which he hath.")

The other critical element of success is self-confidence, Robertson believes. "[Facebook's] Mark Zuckerberg knew he was very bright. He didn't need other people's approval. He got satisfaction from being smart," he says. "You can generate success experiences for yourself purely internally, and generate the biological benefits of that in your brain. Success and power can make you smarter, because testosterone increases dopamine, which affects the front part of the brain's functioning. Success can make you smarter, and more able to think of new ideas."

Anyone can experience success, Robertson asserts. It's all simply a state of mind.

"If you fake the external trappings of power and success, you can trick your brain into believing you are successful, and you will trigger the dopamine and testosterone that make you feel more confident," Robertson says. "If you go out there, shoulders squared and arms swinging, saying, 'I'm an entrepreneur--I'm going to make it,' you'll make it easier to have your next creative idea or see yourself through the next setback. The most successful people are great engineers of their own brains."

Cass Phillipps' startup was tanking. Just six months after she and her partners launched social media aggregator Trogger, it was clear the company was irrevocably doomed--not that Phillipps was ready to admit it, at least publicly.

"We made all the mistakes that every first-time entrepreneur tends to make," she recalls. "But I was still telling everybody that my startup was awesome."

In the absence of a forum where she could openly discuss Trogger's demise, Phillipps created her own, establishing FailCon in 2009. Each FailCon event in the U.S. and abroad brings together technology entrepreneurs, software developers, product designers and investors to explore startup setbacks and how the lessons learned prime the pump for future success.

"Failure teaches self-confidence and tenacity," Phillipps says. "There are people who fail and take it very, very personally, and that makes it hard to recover from it. They are at risk of forever being fearful of taking new risks. That's what FailCon is trying to change. We tell people, 'Don't take this so personally. Failure's actually really great.'" 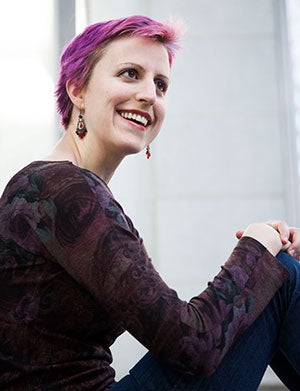 Startup failure is essentially an MBA from the school of hard knocks, Phillipps believes. "People that use failure to become more successful are people that see their failure as a learning experience and recognize, 'Hey, I got through that, and that was the worst of the worst. Why not start again?' Some people look at failure and say, 'I can't go through that again.' Others say, 'I failed, and I'm still alive. What worse could happen? Let's take another risk and see.'"

But failure isn't just about building emotional resilience; it's also about teaching practical lessons. Phillipps says that while many entrepreneurs attempt to build sexy, customer-facing startups during their first go-round, their rebound efforts are typically far less flashy and much more no-nonsense, targeting verticals like financial analysis or elderly care. "They're not worried about impressing their friends," she notes. "They're worried about building a good product."

Failure is about gaining much-needed perspective. "The people who bounce back make sure they're home for dinner every night with their wife or husband. They go to their yoga class every single morning. They make time each year to travel abroad," Phillipps says. "For a lot of first-time founders, their company is everything to them, and it's how they define their success as a human being. The people who bounce back are able to realize, 'I can be a great entrepreneur and not make my startup every single aspect of my life. I can find balance.'"

So don't think of it as failure, Phillipps says. Think of it as the foundation of something far bigger and better.

"Having something fail teaches you to question the decisions you're making, be more open to alternative options and be more aware of what consequences you might have, so that down the road, you won't have those consequences again," Phillipps maintains. "Failure--emotionally and philosophically--gives successful entrepreneurs a drive and sense of self-confidence that they otherwise wouldn't have. Shit can really hit the fan, and they will be able to get through it, because they've done it before."

Avoid Being Underemployed With These 4 Tips

For Just $30, Learn an Invaluable Skill That Can Transform Your Career