5 Things You Must Do to Successfully Launch a Business

The effort required to launch a new venture can seem daunting. Of course, specifics vary based on the type of business you're establishing; manufacturers face unique challenges, as do retailers and consulting firms. But once you have your concept and your finances in line, there are some basics that are universal.

We talked with business owners, consultants and professors to boil down the bare necessities of getting a startup off the ground into a handful of manageable steps. Apply these fundamentals to your own industry, and you'll be ready to tackle the specifics of creating your successful business.

Einas Ibrahim, founder of Talem Advisory, a New York City startup consultancy, says the biggest mistake she sees new entrepreneurs make is starting to work on a business idea before confirming that there is market demand. If your startup aims to sell a widget the world has never seen, make sure the world, in fact, needs your widget. Perhaps it doesn't exist yet because no one needs it. If it is needed, then make sure the world is willing to pay for it.

"Don't work on the business until you've validated the idea," Ibrahim says. "Make sure there's a market. Make sure it's what the customer wants. Sometimes the entrepreneur's vision doesn't align properly with what customers want."

Market research proves especially critical for startups with big dreams. If you're aiming to become a billion-dollar business, take steps to ensure that the market can satisfy your aspirations.

"Entrepreneurs find this out after they start talking to investors," Ibrahim says. "The idea might be sound, but it might be too small to become fundable by a professional investor, or by angels or venture capitalists. If the whole market is less than $500 million, it's not going to be worthwhile for a venture capitalist to fund you."

2. Shore up your plan and budget.

Even the best business plans go awry. Successful startups will expect the unexpected--and have an answer ready for it.

"Have a plan for how the business will be run," says Leonard Green, founder and chairman of The Green Group, a New Jersey-based accounting, consulting and tax firm, and entrepreneurship professor at Babson College. "It's a form of making decisions before you have to make decisions."

Those decisions should range from your startup's mission to its business structure (LLC, sole proprietorship, S Corporation) and compensation policy.

When budgeting startup cash needs, assume your business will generate zero revenue for the first year, Green says. "Many times when you have sales, you don't have collections for a few months," he adds. "You still have to cover rent, utilities, inventory, salaries and promotion." 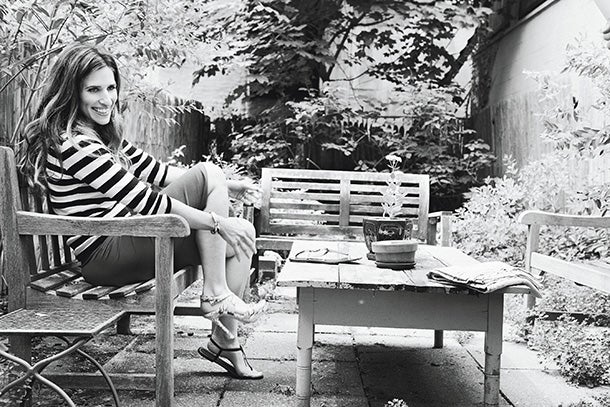 Perhaps the most critical step in the evolution of your startup is assembling a team that works well together and can deliver the goods. "Many good entrepreneurs are by nature connectors of people, so they have strong networks, which puts them at an immediate advantage," notes Mark Coopersmith, a longtime tech entrepreneur and senior fellow at the University of California, Berkeley's Haas School of Business.

Your teammates need to share your ideas about how the business should be run. "The crucial element here is that entrepreneurship is a team sport," Cooper-smith says. "Build the team early, and build it around shared values. Because if you bring on employees and partners and you agree upon common values, you can use those values to come to decisions."

Coopersmith invokes the late Peter Drucker, the management guru who 60 years ago wrote that corporations have only two core functions: marketing and innovation. In other words, businesses exist to build and sell product. "I would ensure my team comprises those two skill sets," he says.

Additionally, you need a team that's pragmatic and able to work together when times get tough. Sit down with critical team members and plan for all contingencies. "What happens if your partner becomes disabled? Sick? Divorced?" Green asks. "Or suddenly the business does poorly, and now we have to go to a bank? You've got to decide those things beforehand, so that it's not you or me, but it's us."

The entrepreneur's journey can seem like a solitary quest. But before you embark on such a voyage, you need to make sure your loved ones have your back. In fact, it's essential to your emotional health--and to the health of your company.

"I always say it takes a village to raise a startup," says Margaux Guerard, co-founder and CMO of Memi, a firm touting wearable technology designed for women. "As an entrepreneur, you just can't do this alone. You need the mental and emotional support of your friends and family to help you weather the storm."

Guerard left her job as director of marketing at Diane von Furstenberg to start Memi with her business partner, Leslie Pierson, in 2012. Her first entrepreneurial venture has been an around-the-clock whirlwind--exciting, frustrating, rewarding and upsetting, sometimes all in the same day. She relies on her loved ones to help keep her on track.

"I see myself as being the cheerleader for the company," Guerard says. "When everyone is saying 'no,' I'm putting my pompoms on and saying 'yes, yes, yes' at the top of my lungs. When I'm feeling frustrated and sad and beat up, some days I need help doing that. Who do I count on? My family, my friends, my husband."

5. Respond to feedback and refine your model.

When Bayard Winthrop conceived his notion to manufacture an American-made hoodie, he outfitted hundreds of potential customers in prototypes and asked them what they thought. How did the fabric feel? Was it too rough? Too soft? Too clingy?

Without soliciting such detailed feedback from your most likely customers, says Winthrop, founder and president of San Francisco-based American Giant, you'll never know if your idea is a good one. "We did everything from putting imagery up on the website to making 100 sweatshirts and getting them into people's hands," he says.

American Giant, which launched in 2012, has been credited with rethinking every inch of the ubiquitous hoodie. Before the company launched, Winthrop asked customers their thoughts about all aspects of the garment: the cuffs, the fit, the hood, even the zipper. The fabric alone took six months to fine-tune.

"In our particular, narrow world of sweatshirts, getting that right is like cooking a great meal," Winthrop says. "That required getting it onto backs and asking people what they would pay for it."

Feedback led physician Mitesh Patel, co-founder of Docphin, to tweak his technology. He designed his platform to help healthcare professionals get fast access to research articles published in medical journals. The emphasis was on fast.

"For us," Patel says, "it was all about finding out what is the value of the end user, and how can you get them to achieve that value as quickly as possible. What we found was the real value was speed."

For startup entrepreneurs, the need to constantly tinker with the business never ends. "You have always got to be thinking about how you can tweak whatever you have to make it even better," says David Rush, co-founder and CEO of Earshot, a Chicago-based company that helps businesses acquire new customers through social media. Rush's initial venture was an app called Evzdrop that allowed strangers in the same location to communicate with one another. Customers told Rush they wanted to be able to access more widely used social networks. Seeing a better business opportunity, he pivoted, and in October 2013, Evzdrop became Earshot.

"You have to be acutely aware of what the data are telling you and what you are able to learn about either your competitive landscape or the market you're trying to serve or the problems you're trying to solve," Rush says. "It's a continuous product. You're never satisfied."