Stay informed and join our daily newsletter now!
Brought to you by Joe Mullich

In late October, 20 businesses gathered at the LinkedIn campus in Mountain View, California for a unique boot camp. While there, they received social media and growth advice from Jeff Weiner, LinkedIn CEO; Jennifer Piepszak, CEO of business banking at JPMorganChase; and Marcus Lemonis of CNBC’s The Profit, among other experts. These 20 businesses were recipients of Chase’s Mission Main Street Grants®, a program that awards grants to spur business growth. This is the second of a series of articles from that event.

For some entrepreneurs, the bottom-line comes in three parts: people, planet and profits. The three Ps—sometimes called the “triple bottom line”—is an accounting framework in which a company’s success is measured not just by its financials, but also by the positive social and environmental impact it makes on the world. Balancing the three Ps requires a careful focus on the company’s mission and an understanding on how the three interact with one another.

Diana Ambauen-Meade started her organic chicken feed company, Scratch and Peck Feeds, in Bellingham, Washington, because she could not find healthy-enough food for her own animals. She immediately discovered an untapped niche.”I started my company with my husband and son, who had just graduated from business school,” Ambauen-Meade says. “He enlightened me about the philosophy of the triple bottom line, and we latched onto it immediately. “The planet element is inherent in the product, which is made from organic material that is free of GMOs (genetically modified organisms). In addition, the company pays extra for biodegradable packaging that aligns with their mission. 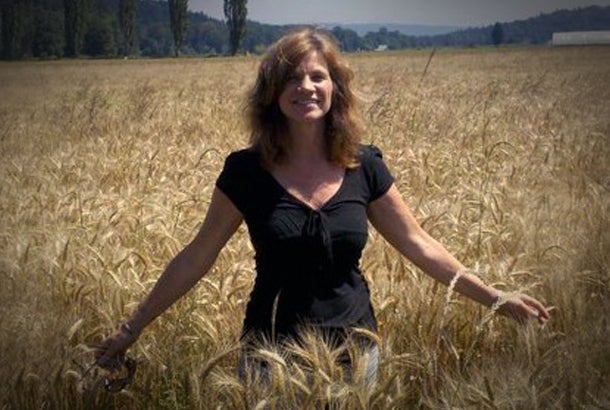 Ambauen-Meade says that 23 employees receive a good living wage, health benefits, a retirement plan as well as a clean, safe and happy workplace. The people aspect of her mission also extends to suppliers. Rather than buy products on the commodity market, Ambauen-Meade has a fair trade policy, dealing with independent stores that are more aligned with her mission.

The company has enjoyed double-digit year-over-year growth largely by word-of-mouth, but all decisions are made based on the three Ps, with the social/environmental impact as a primary measure of success. She tells entrepreneurs who want their business to have a social mission, “It’s important that you dial it in as early as you can in your growth, so it becomes part of your thought culture and thought process. You need to focus on the three pillars as equally as possible, and not get mired in one.”

Vimala Rajendran was dialed into her social mission early. She provides farm-to-fork Asian cuisine in Chapel Hill, NC at her Vimala’s Curryblossom Café. Her threefold mission is: balancing profit, social mission and employee well-being. Rajendran, then a single mother of three without a job, began selling pay-what-you-can community dinners cooked and served at her home. A big part of her success comes from community building. She goes to local farmers’ markets to connect with others and to spread word of her restaurant. “Local food is important because local food is fresher,” she says. “The food is tastier and more nutritious. Buying local also benefits the local economy tremendously.” And the community has responded: She launched the business by raising $80,000 from community members. And what caused many to invest was an attitude that is summed up by a sign next to the hours of business: “Nobody turned away due to lack of money. Food is a human right. When Vimala cooks, everybody eats.”

She says with a three-pronged mission, the different elements sometimes work in concert, and sometimes in competition. “Our profits would be higher if we gave a low wage to employees,” she says. “However, then employee morale would go down, and they would shuffle in and out, which would hurt the business.”

Anytime she does a cost analysis for her restaurant, Rajendran works through the three aspects of her mission. “I’m the ideas person, and I am creative and impulsive and want to see all my dreams implemented,” she says. Her restaurant is five years old, and, like many early entrepreneurs, all the profits still go back into the business. “We are constantly making improvements, such as opening a catering business and looking for ways to drive more business at lunch time,” she says. “We always look to improve the bottom line—all three of our bottom lines.”

Implementing a three P strategy requires that a company determine the best way to measure its impact on people and the environment. It must then create a framework in which those two elements and profits are incorporated into decision-making, so that the three bottom lines are kept in balance.