Inspiring, Strong and Brave. The Top 5 Business Women You Should Know About In 2021

These top 5 inspiring, strong and brave women in business are representations of what it means to push past the constraints and stories we create in our minds, to fulfil our innermost desires in our business endeavors

In the era of the digital age, women are now more proficient and competent in business than ever. They have more resources and tools at their disposal that cater to women specifically, while at the same time learning how to be innovative in their own way, being guided by their inner light and unique genius.

Women are typically more driven by their intuition than men and have higher levels of empathy. Most of all, we can learn a lot from women who have gone before us - who have mastered their craft and are pushing past limitations and outdated traditional beliefs that women aren’t as capable of succeeding in business as much as their male counterparts. These top 5 inspiring, strong and brave women in business are representations of what it means to push past the constraints and stories we create in our minds, to fulfil our innermost desires in our business endeavours. 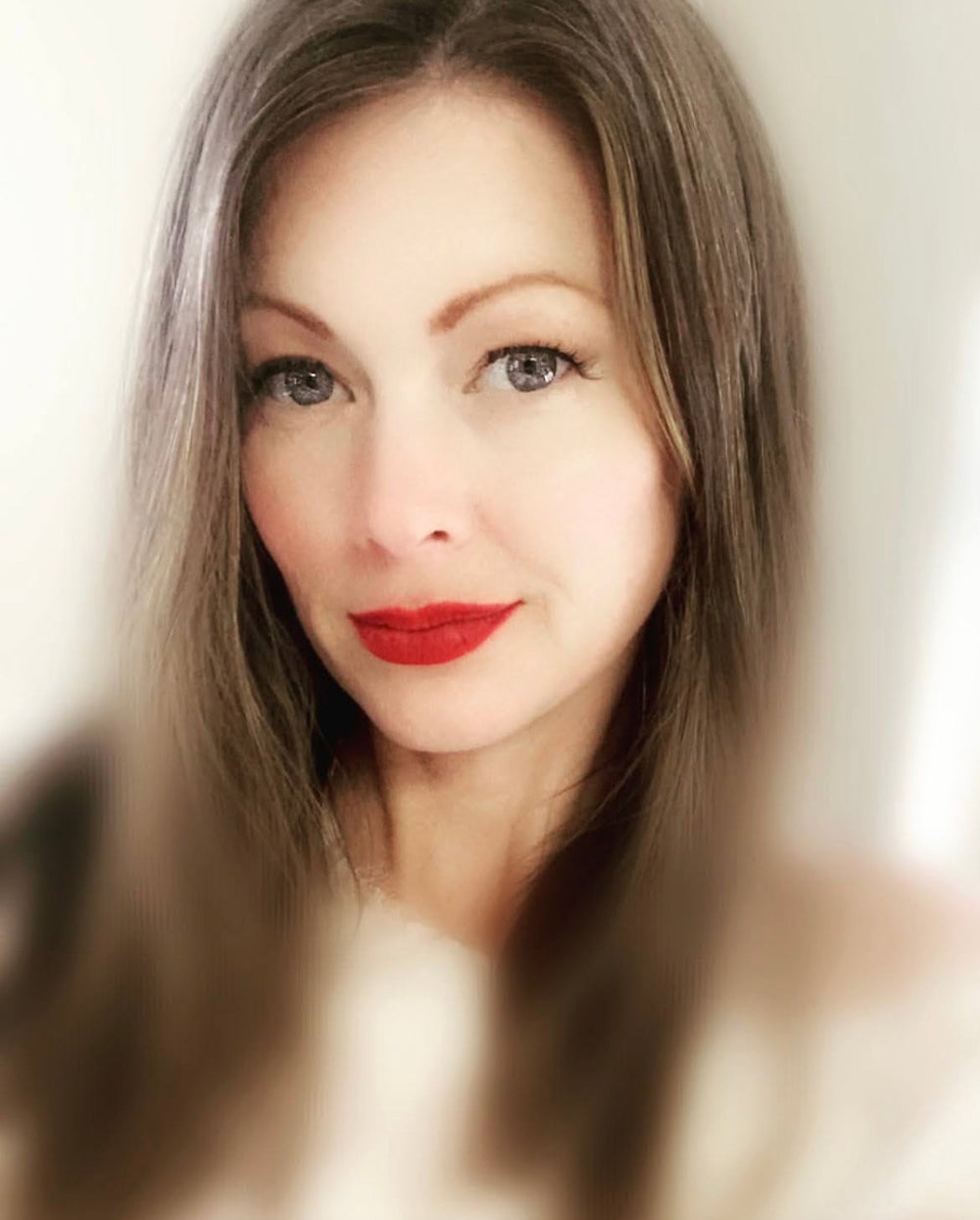 Emily Harrison is renowned for mentoring visionaries, quantum thought-leaders, and entrepreneurs to access their Akashic Records and instantly download their records from Universal Intelligence so they can become masters in their field. Working within the niche of the Human Potential Movement (Expansion of Consciousness), Emily explains Akashic Record as “the realm of consciousness where all information exists, past, present, and future. It is the key humanity needs to uncover innovative, lasting solutions to all personal and global crises).”

She does this by taking her clients into vortex points on the planet where the piezoelectric energy assists in naturally reaching very high states of consciousness. This allows them to easily download very high level information, helping them personally heal from traumas, and access expanded vision for the betterment of themselves and humanity.

In 2019, Emily gave a keynote speech at Harvard University on the Akashic Record, receiving a standing ovation. Achieving this honor required her to do deep soul work and clearing her ancestral karma around rejection and not being good enough. Backstage, Emily couldn’t help but observe her gratitude (and the irony) at being a college dropout speaking to the Harvard School of Education. 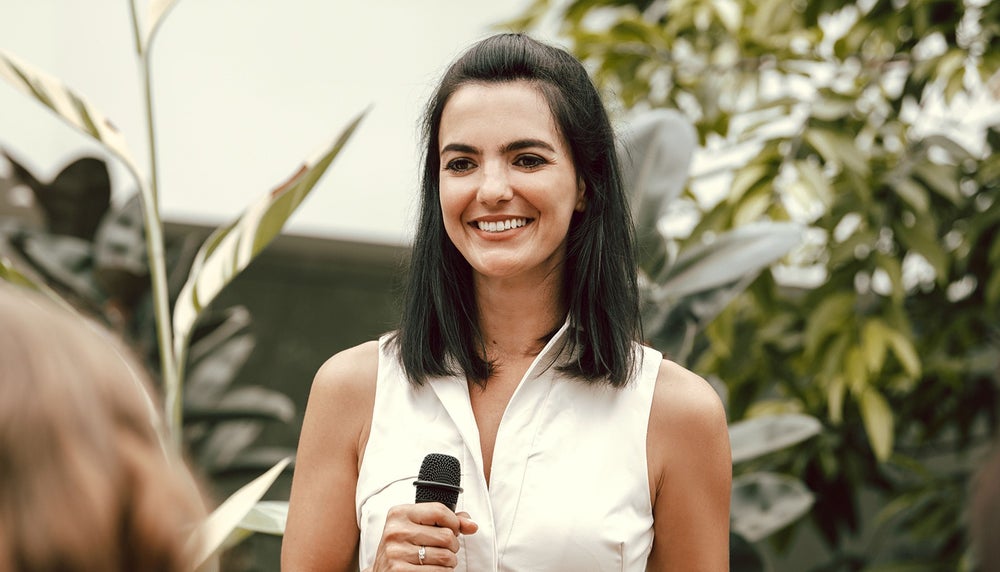 Taryn Watts is a professional certified coach and founder of The Mind Rebel™ Academy. During Taryn’s decade-long coaching career as a coach, she developed the Mind Rebel™ Method as a way to gently but powerfully reach into the depths of a person’s being, inviting them to rediscover the very essence of who they are.

Coaching has been Taryn’s passion for over a decade. She completed her coach training while working full-time in a corporate job that she wasn’t passionate about. The day she graduated from her training was the day she became a mother, and it was in that moment she knew she had finally found her two passions: motherhood and coaching. It wasn’t until she went back to her corporate job after her last child was born, where the fire inside her to launch her coaching business grew.

Taryn shares “Coaching is not just something you do, it is someone you become. And to hold space for another to move beyond their limiting beliefs and old ways of being so that their deepest knowing may arrive in sessions, you have to be willing to do the same kind of inner work on yourself.”.

The MRA’s mission over the next several years is to raise the bar and break down barriers in the coaching industry - leading to greater levels of integrity in the profession and making coaching more accessible to those who are underrepresented in the industry. 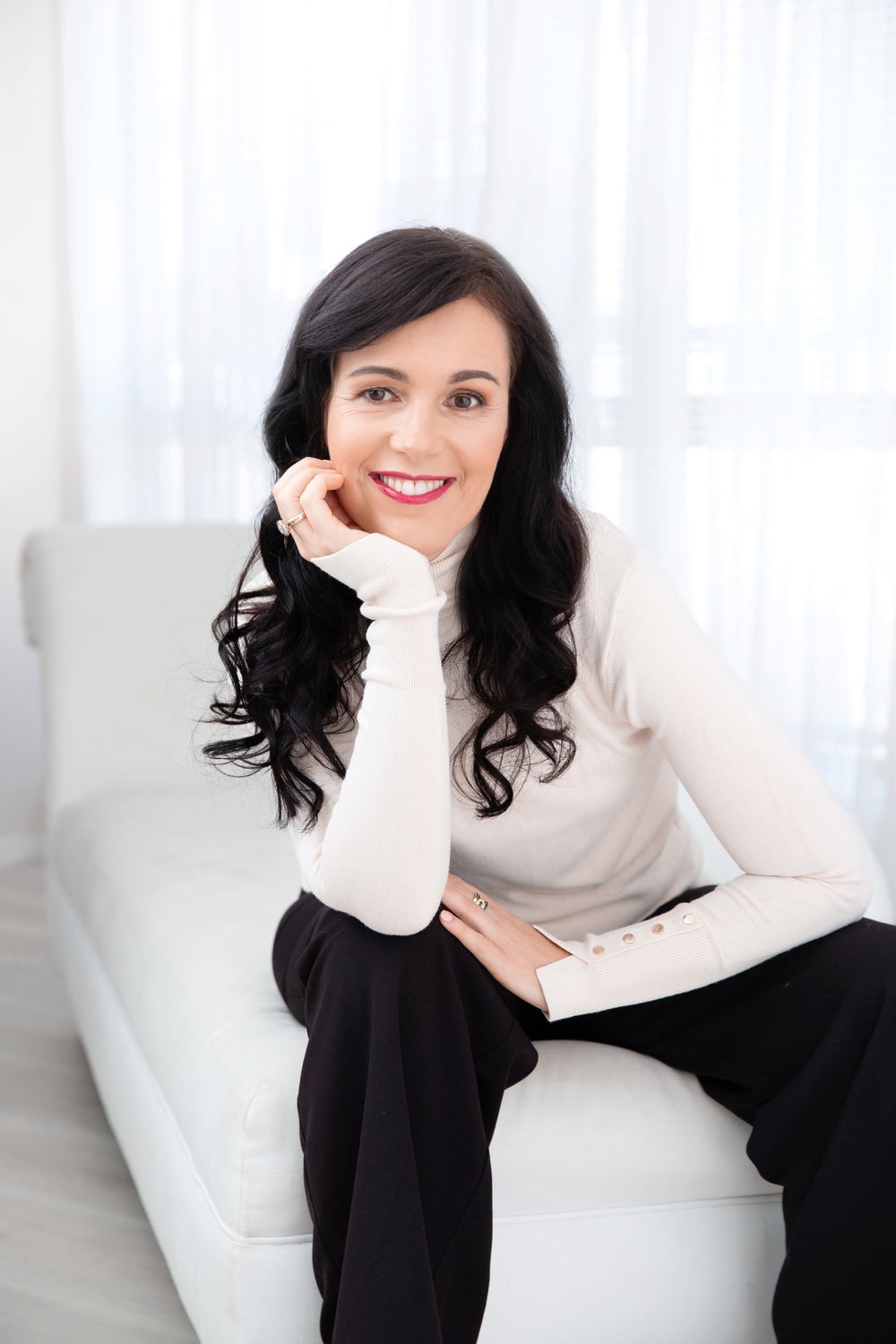 Joanna James is a business founder, in the business and success mentoring industry for Entrepreneurial Women.

In 2020 the jewel in her career appeared when she took on the role as Chief Ambassador for The Successful Woman. A new International initiative founded by Ron Malhotra, The Successful Woman was about identifying the immeasurable need for women globally to realise their potential in the realm of success. Fueled by a desire to create meaningful change, TSW has benefited from Joanna’s creative business expression, acumen and pure drive to contribute to positive change in the world.

Joanna understood from a young age that we are limited only by the constraints of our own minds and sought to educate herself in areas outside of the mainstream education. With a passion to empower people to rise above limitations and create a life of prosperity, her mantra is “anything is possible!”. In 2020, Joanna received the Women in Finance Awards as Principal of the Year - a factor supported by her contribution to inspire so many women in her role as Chief Ambassador.

Joanna is known for demonstrating to women around the world that your career spans a lifetime of varied experience, and everything you do counts in your evolution of a life of fulfilment in full expression as a Woman. 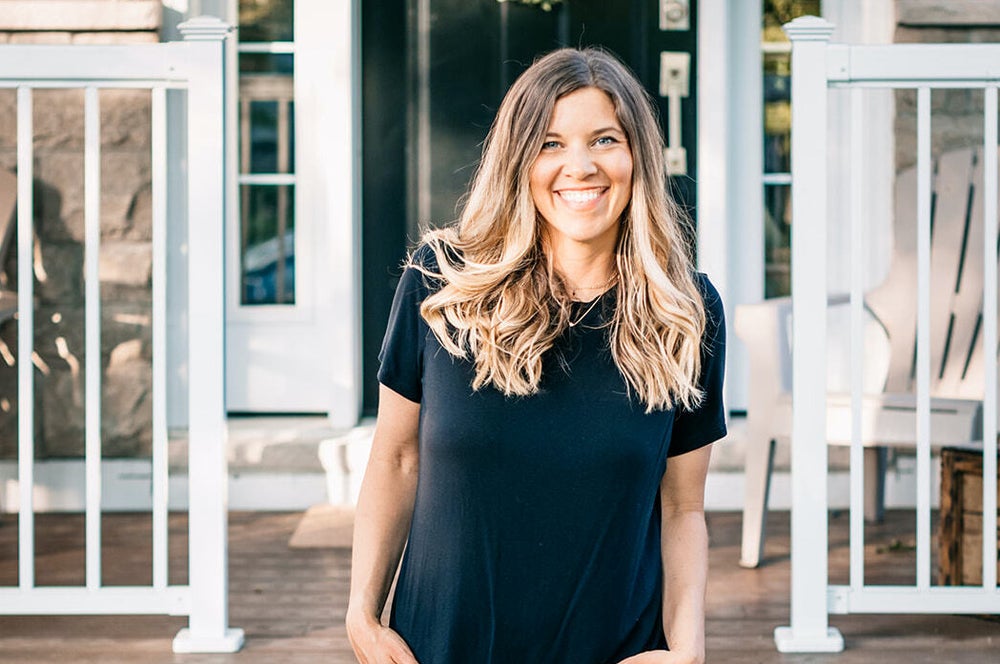 Gemma Bonham-Carter is an online course strategist and digital marketer who has helped over 7,000 entrepreneurs launch and scale their businesses. She is the Founder of GemmaBonhamCarter.com, a company dedicated to helping entrepreneurs turn what they know into transformative courses and digital products that can impact and help others.

Gemma began business coaching in 2017. As she built her own community, Gemma provided valuable training to other people’s audiences, spoke at national conferences, and had a “say yes to everything” attitude.

From blogging, to wedding design, to interior decorating work, to running an online shop, and working with brands on sponsored content, she tested multiple business ideas. A few months later, she launched her first online course about the business of blogging.

From making her first few sales of that blogging course to growing a half-million dollar a year business, she now helps people all over the world turn their own story and skills into digital programs and make their version of a dream job (and life) come true.

Gemma is a mom of two young kids who shares exactly what it looks like behind the scenes to build a highly successful coaching business. She has built her audience through consistently teaching, sharing strategy, and providing value in a way that feels relatable and real with a “tell it like it is” approach. 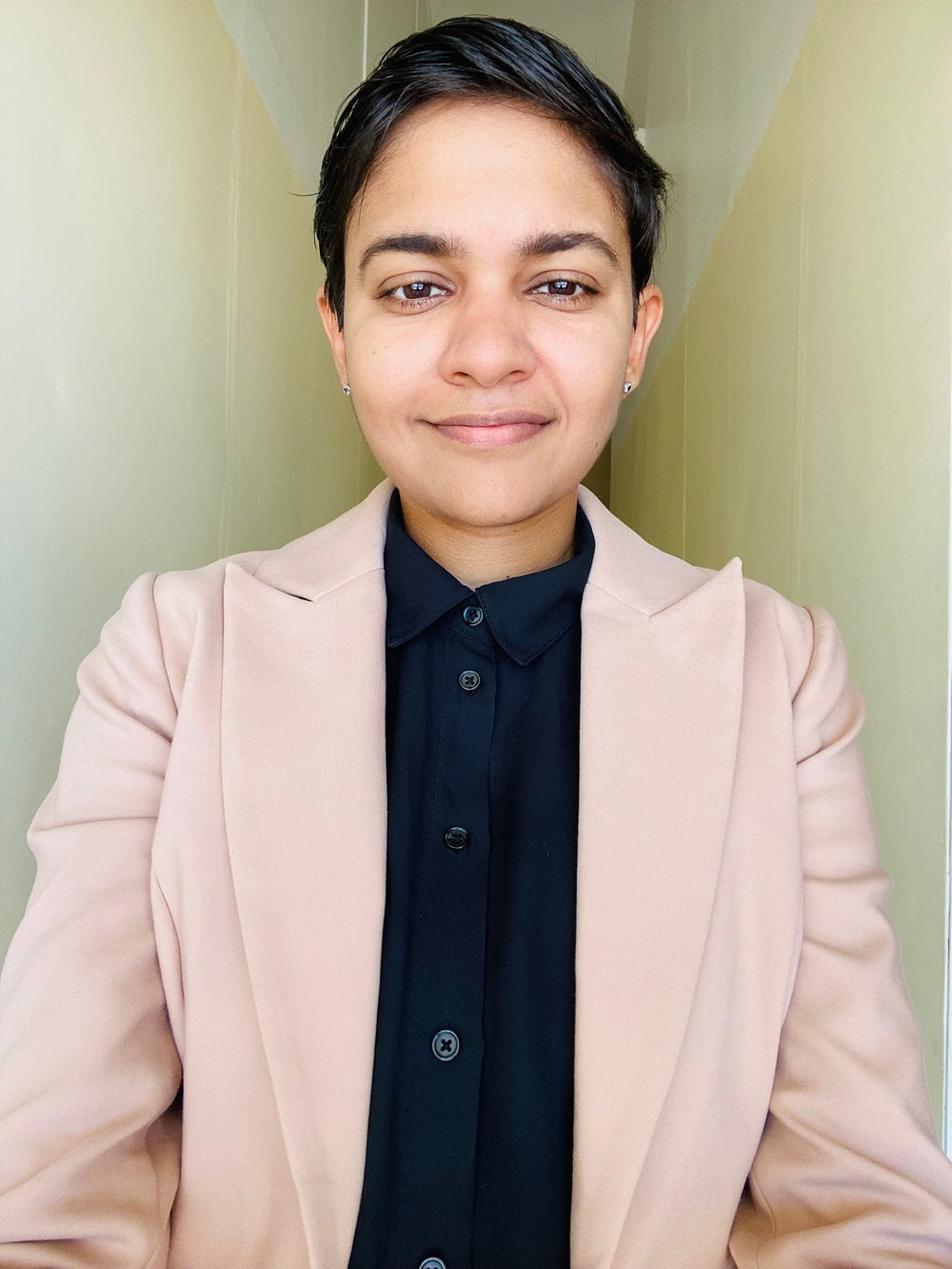 Shafina Sarah Dean is a C-suite executive and founder of The Fenix Nation. As a Women Leader, she is launching The Fenix Nation for aspiring, young ethnic women leaders who are willing to rise against the odds by mobilizing them with the necessary confidence and skills to get into leadership.

“Every human being is accountable for their own actions and deeds therefore it is our responsibility to find purpose and live a fulfilled life. The world is full of robots living on a work, eat, sleep, and repeat mode.” Shafina shares. Her biggest milestone to date is becoming a Chief Financial Officer at this young age. Her vision is to inspire others in the same way she is inspired and stand out as a beacon for mindset change when it comes to helping ethnic women overcome adversity and odds.

This journey for self-discovery started in 2017 when she came across Ron Malhotra’s YouTube channel. Shafina was captivated by his thought provoking messages as she had always believed “there is more to life” and suddenly it seemed real and possible.

“Make yourself useful” as she likes to tell herself and people around her and persevere through every obstacle ‘because everything is a lesson and part of the journey which makes life beautiful and worthwhile.”

"In adversity we rise, in struggles we aspire, let the odds be your flame, burning away all that holds you back, constructing your wings and taking flight ever so beautiful like a phoenix."