The Values Of A Business Mentor: Taylor Jones

Music industry executive and CEO of The Hello Group talks about the values of mentorship with business partner Phil Quartararo.

In addition to being the Founder and CEO of international entertainment agency The Hello Group, Taylor also serves as Chief Commercial Officer at tech startup Post For Rent. He is used to high-pressure environments, making tough decisions and is also responsible for keeping his team, staff and offices well motivated, ambitious and in good spirit. His business partner and mentor is Phil Quartararo. Phil's previous roles include Virgin Records and Warner Bros. Records President & CEO, and you can hear from him in the video Q&A above regarding his role as a mentor and as President of The Hello Group's board of directors.

For context, The Hello Group is widely considered as a talent-first company operating in London, Los Angeles and Brussels currently, whose clients include some of the world's most followed social media influencers (now reaching over 270M people), as well as Grammy Award-winning songwriters and producers (who have written hits for Justin Bieber, BTS, Flo Rida, Madonna), top tier sports stars, and more. The agency serves its clients in a multitude of divisions under the brands Hello Digital, Hello Music and Hello Management respectively.

'One of the most important things to acknowledge when starting your journey is that there's no "exam" or "test" that you need to pass to become an entrepreneur. Just as much, there is also no test to qualify as a music or talent manager. As such, you will need to accept that there will be challenges along the way that you will not be equipped to face alone, simply because it's not possible for one person to accrue enough personal knowledge across the huge array of fields that a successful business demands expertise in.

With this in mind, a vital skill for any founder or entrepreneur is to be able to recognise the skill sets they don't have, and react accordingly. Initially, that will mean hiring or joining forces with others who can cover those skills. For me, it was a case of partnering up with my co-founders, fellow talent executive Ed Brew (now THG's CCO) and Kyran Jones (now THG's COO). Ed was able to bring in a lot of expertise in the tech and digital talent areas, as well as sharing my expertise in the music business, whilst Kyran brought in an expertise with numbers and the business infrastructure know-how that is crucial for a business to grow.

From that strong foundation, we were able to face obstacles that came our way with a much more stable approach, and through smart usage of consultants and contractors when we needed some additional insight, we have grown THG into an international business, running 7 figure results across our divisions and opening up business opportunities in new, untapped markets.

That said, there are a lot of things you simply can't learn until you experience them, and that is where a business mentor proves invaluable as they know the pitfalls and can help steer you away from them. 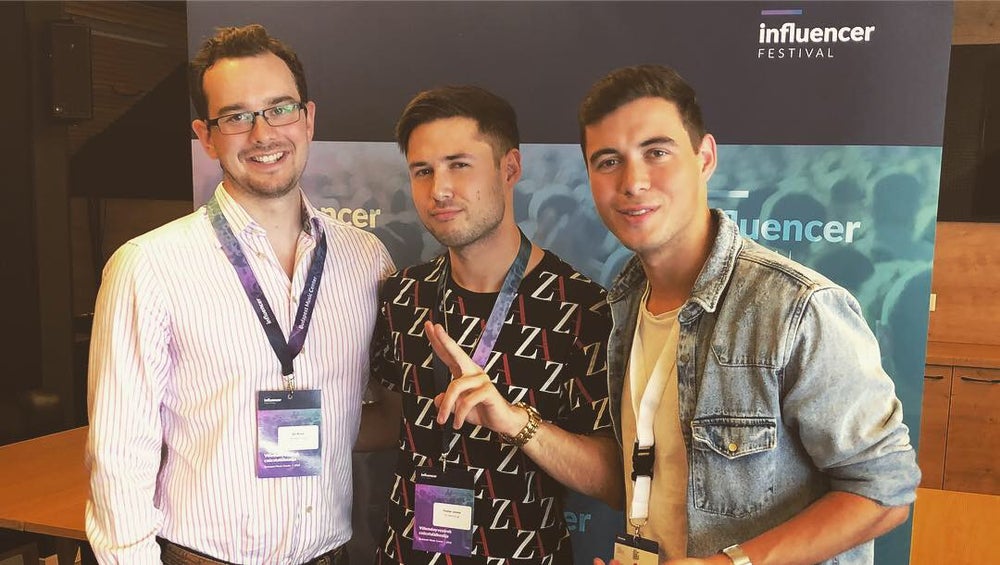 Throughout our journey we had several opportunities to bring in a business mentor sooner, and they all had various specialities that were very tempting. If you're anything like me, you place a lot of trust in your gut instincts, and from conversations I've had with fellow entrepreneurs, it seems to be a common trait to place trust there and let it guide you a fair amount. In a way it serves as an internal mentor from day one! When it came to our early business mentor opportunities, one was a seasoned finance expert who would have been a valuable asset for fundraising and company infrastructure development. Another was a high-flying tech investor, who would have been a logical fit for helping catalyse the various tech projects we work on, however neither one was the right fit for us overall.

The reason for holding off on assigning a business mentor was not because there was no value to be had or that we were "holding out for something better', but was more a case of the bigger picture relationships we saw unfolding. There's no reason to panic and rush into assigning a business mentor. Whilst having the finance expert onboard would have enabled us to accelerate our growth in some aspects, I was aware that his time was already extremely stretched, and sensed that we would be something of a "side project" for him. Although this is not necessarily a deal-breaker in itself, I knew we needed a business mentor who would champion and prioritise us, who was as excited about our business as we were. I've always felt that as soon as you feel like you are at risk of inconveniencing your potential mentor, that should be a red flag.

Similarly, the tech investor would have certainly proven valuable in helping guide our various tech projects to increased levels of success, however his focus was purely on our tech activities, and THG has so many other endeavours that it would have meant we missed out on value elsewhere. That's not to say having a niche, specialised mentor wouldn't be a great move for other companies though.

I would say we were quite late in finding a mentor we really wanted to partner with (three years in), as there's certainly plenty of value in having an experienced head involved early on to advise on the many aspects that play a key role in a company's initial success, such as key contractual points in important agreements, best practices for the corporate structure, warm relationships to help land some additional early deals, access to additional markets/territories, tools for boosting productivity etc. Never underestimate the power of benefitting from the relationships someone else has spent their life building. Relationships have often proved to be our most valuable asset, so I have always sought ways to acquire more of them - they are universally valuable, no matter what business you are in.

The reason I include all this background, is that it helps convey the sheer power of the lightning bolt that struck when Phil and I met. Not only does he share the same values as THG such as integrity, but he also favours new-age approaches to business over stale, traditional mindsets. Beyond that, he has a diverse array of contacts and expertise that are perfectly suited to our ambitions for THG over the coming years. It was clear from our first meeting that he understood our business thoroughly, and Phil is passionate and excited to help develop our company as a team player with a huge amount of value to bring to the table.'

You can hear more from both Taylor Jones and Phil Q in their video Q&A, where they answer common mentorship questions and share their experiences and advice to help you find your ideal mentor.

Interview with the cofounder of Knead Hospitality + Design about loving what you do, a revamped restaurant work week, and leading by committee.

Annual performance reviews are a time to shine — and a time to freak out.