By Jason Daley
August 19, 2009
This story appears in the September 2009 issue of Entrepreneur. Subscribe » 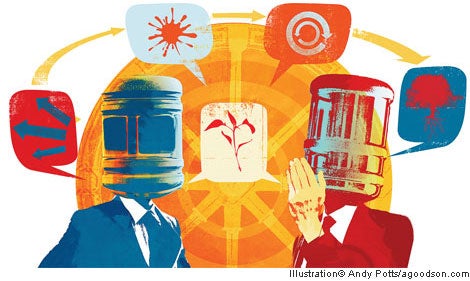 1)The creation
"There are rumors about everything, but the three most prevalent categories are the quality of someone's work, tenure (whether or not someone's keeping their job) and personnel changes. It's counterintuitive, but it turns out that office rumors are extremely accurate. If people care about the subject and there's a way to check the facts, the rumor will get more and more accurate over time."

2)The spread
"Rumors are circulated quickest by people who have a lot of connections or are social hubs. Secretaries, managers, supervisors--anyone connected with many branches of an organization."

3)The impact
"Employees can lose trust in management and one another. I saw that happen in one company. There were rumors that were entirely negative and entirely about management. It contributed to a feeling that the people in management were aliens, totally out of touch with employee concerns."

4)The mitigation
Rumors "can last forever-but if they're handled effectively, they can die off. Go to the super-spreaders, issue a detailed refutation and ask them to spread that. Limit the uncertainty people are experiencing. State a timeline in which news will come out. And respond to rumors quickly based on the truth. If you deny something that's true, you'll eventually be found out and lose all power to rebut rumors later."

5)The acceptance
"Rumors are a natural part of social networks. We have to have a healthy respect for the power of rumors that are both negative and positive. The best approach is to manage them ethically and properly."