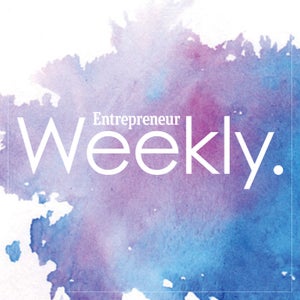 Entrepreneur Weekly
Randy Garn, Joe Polish & Dave Asprey
Become the Greatest Expression of Your True Potential: For this special edition of Entrepreneur Weekly, Alan is broadcasting from Steamboat Bay, Alaska with co-host, Randy Garn, CMO of Skipio. Our first guest is a master relationship builder and the founder of Genius Network, an invitation-only networking group of elite entrepreneurs. Joe Polish has gathered 24 game-changing industry leaders on a remote island to swap fish tales, make connections, and hone the art of reciprocity. From a rocky childhood, to struggling with addiction, to becoming a marketing expert out of pure necessity, Joe shares his personal path to success, potholes and all. Next, the spark for the bio-hacking movement was ignited on a distant Tibetan mountaintop as Dave Asprey, Founder and Owner of Bulletproof, sipped on a piping hot mug of yak butter tea. Dave became captivated with the notion of optimizing human performance and has dedicated his career to educating others. If you want to feel sharper in the boardroom, shrink your waist line, and improve overall well-being, don't miss Dave's top life hacks (some of them might surprise you)! [00:00:00] Make it Up, Then Make it Real [00:05:18] Honing the Art of Reciprocity [00:11:31] Building Better Entrepreneurs [00:18:22] Bio Hacking for Improved ROI [00:28:03] Boost Hormesis (AKA: Good Stress) [00:33:23] Life Hacks for Better Performance
Play