How to Navigate the Tricky Terrain of a Business Lunch

By Ross McCammon
September 14, 2012
This story appears in the August 2012 issue of Entrepreneur. Subscribe » 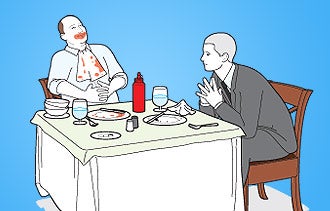