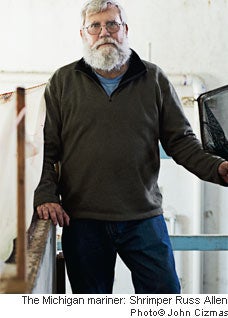 There are many startup sectors contending for the recognition of being the industry that leads the financially beleaguered state of Michigan out of its post-auto industry struggle. Shrimp farming isn't one of them.

That hasn't stopped Russ Allen, who earned his sea legs in the 1970s in Ecuador, where he helped establish the region's shrimp farming business. In his first year there, Allen helped export 100,000 pounds of shrimp. A decade later, Ecuador was exporting 210 million pounds a year.