Simone Gonzalez created a $2 million business with ribbons of elastic and miles of sex appeal. 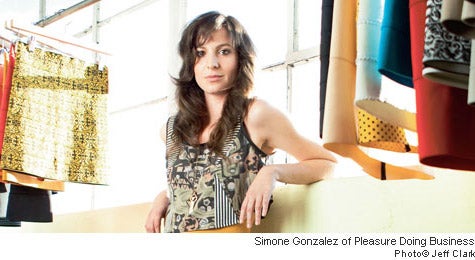 Simone Gonzalez didn't plan to build an empire based on teeny-tiny skirts.

But just a year after starting her clothing company, Pleasure Doing Business, Gonzalez's chic, elasticized skirts have stretched over the backsides of fashionistas from Rihanna to Heidi Klum, appeared on the Today Show and grossed more than $2 million in sales. The line has expanded from the basic black to 60 colors and styles sold at almost 100 retailers worldwide, including Neiman Marcus, Saks and Nordstrom.

3 Smart Ways to Use NFTs to Grow Your Business