When Second Really is the Best

By Mark Henricks
May 19, 2009
This story appears in the June 2009 issue of Entrepreneur. Subscribe » 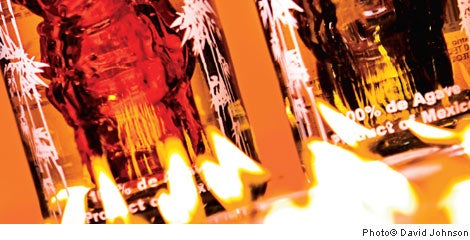 When Donna DeCunzo-Taddeo set out to launch a new high-end tequila in 2000, her plans were decidedly ambitious: take on market leader The Patrón Spirits Company of Las Vegas, which had dominated the ultra-premium tequila niche since creating it more than a decade earlier. Liquor retailers and distributors doubted she could lure consumers away from Patrón, but DeCunzo-Taddeo pressed ahead anyway, co-founding Voodoo Tiki Tequila in Lighthouse Point, Florida, with her husband, John Taddeo.

From DeCunzo-Taddeo's perspective, entering the market late actually allowed for some advantages. For instance, she felt she could improve upon Patrón's traditional Mexican-themed packaging. To counter that, Voodoo Tiki would be sold in hand-blown, numbered bottles featuring a glass-blown tiki inside. Patrón had also spent millions of dollars on marketing to convince people to shell out big bucks for a beverage generally associated with low pricing and spring-break parties. "Patrón had already educated consumers and even convinced vodka drinkers to try tequila, which was very difficult," says DeCunzo-Taddeo, 40.

Did the risk pay off? After hitting the market in 2006, DeCunzo-Taddeo's tequila has done better than expected, projecting $1.2 million in sales this year in 23 states and six foreign countries. She's still happy to let Patrón do the heavy lifting in market education; that means a fatter bottom line for her. As DeCunzo-Taddeo explains, "We'll make a bigger profit because our costs are a lot lower."

Second-Mover Status
In industry after industry, entrepreneur after entrepreneur is saying the same thing: Being first can surely be an advantage, but so can being second. Those who follow a market leader can actually be more successful in most cases, says Anne Marie Knott, an associate professor of strategy at Washington University in St. Louis, who discusses second-to-market advantages on the first day of her entrepreneurial studies class. In fact, she says, "I don't think I can name a first-mover who is a market leader." Indeed, while some perennially dominant first-movers--such as FedEx, which essentially invented overnight delivery and still rules the roost today--can be found, many prominent companies came second or even much later. Southwest, for instance, wasn't the first airline; Google wasn't the first search engine; and Starbucks wasn't the first coffee shop by a long shot.

Perhaps the biggest plus of being second to market is that entrepreneurs can avoid first-mover mistakes. Cornell University's Johnson School Berens professor of entrepreneurship David BenDaniel likes to quote Franklin D. Roosevelt: "I think we consider too much the good luck of the early bird and not enough the bad luck of the early worm." BenDaniel says letting someone else go first gives an entrepreneur an invaluable opportunity to see where the mines really lie.

That view finds ready acceptance at Ann Arbor, Mich., fuel-cell maker Adaptive Materials Inc., where husband-and-wife co-founders Aaron and Michelle Crumm carefully watched the missteps of early entrants in the field. While the first fuel-cell innovators employed hydrogen and other costly and hard-to-source fuels for their creations, Adaptive developed cells fueled by cheap, readily available propane. "You can literally walk into a store in rural Dominican Republic and purchase a propane canister to power an Adaptive Materials fuel cell," says Michelle, 39.

And they've veered away from predecessors when it comes to more than just fuel. Aaron, who began developing Adaptive's technology after earning his Ph.D. at the University of Michigan, steered the company toward military customers who would pay a premium to replace the heavy battery packs weighing down unmanned vehicles, robots and human soldiers. "We also focused on a plan that would lead to fuel-cell production and manufacturing vs. simply R and D," says Aaron, 37. All told, Adaptive's second-mover advantage has paid off in the 9-year-old company's growth to 63 full-time employees and 2008 sales of $8 million.

Another significant advantage to being second is the benefit Voodoo Tiki experienced: piggybacking on the pioneer's development spending. Patrón's spending to persuade people to try pricey tequilas, in this respect, made it easier for Voodoo Tiki to enter the market. Similar second-mover advantages can come from leveraging first-mover investments in researching technology, refining products, developing markets, sourcing materials and even lobbying for regulatory changes.

And being second can be especially cost-effective internationally, says Usha C. V. Haley, an Asia fellow at Harvard University's Kennedy School of Government. "There are huge startup costs for going into a country, understanding that country and getting reliable sources of information," adds Haley, co-author of New Asian Emperors: The Business Strategies of the Overseas Chinese. In some countries, including China, market research is actually illegal, she says. One of the only ways to gather advance information about those kinds of markets is to watch while someone else goes first.