A Champion of Entrepreneurs Shares Her Financing Strategy

To expand its community and grow at a more patient pace, Daily Grommet decides to steer clear of VC firms--for now
Next Article Add to Queue 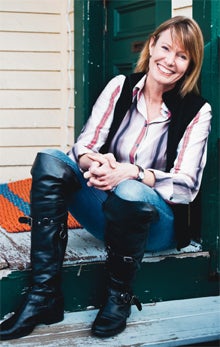 With an education in industrial design, a Harvard MBA and an executive stint in strategic development for brands like Stride Rite, Keds and Playskool, Jules Pieri has the savvy to spot a consumer trend.

So when she noticed that upstart manufacturers were having trouble getting shelf space in an increasingly consolidated retail market--despite the unprecedented flood of new products fueled by access to design and manufacturing capabilities--she sensed an opportunity. Pieri also knew that many consumers want innovative products that emphasize "something good in the world, whether it's technology or green enterprise," she says. Add the power of social media, giving people the ability to share information about their favorite finds, and you have the recipe for Daily Grommet, a Lexington, Mass.-based website that champions independent entrepreneurs creating cool products by building a large online community.

Two business-minded friends loved the idea and became Pieri's first angel investors. With that initial $150,000, she launched the site in October 2008--a week before the stock market crashed. During the early days of the financial crisis, venture capital investment also plummeted. Pieri needed money to grow the site, but she also knew she was not likely to see eye to eye with VCs who typically want fast growth. Her business vision required slower, thoughtful growth to build a community and find innovative products.

At the same time, her access to angels was yielding the investment she needed, including a $3.4 million infusion by Race Point Capital Fund and Gerry Laybourne, founder of Nickelodeon and Oxygen Media, and other angel investors, which closed in April.

Mirabile says angels are going "up-market," working in groups and in more coordinated fashion. There is some blurring between angel funds and seed or early-stage VC funds, he says, but angels invest their own money rather than act as fiduciaries, so they typically can be more patient about growth. "The reach, sophistication and coordination of the angel community is much greater than it ever was," he says.

Pieri agrees, but she also believes Daily Grommet will reach a point where it will need the bigger cash infusions that are more common from VC firms, and she is positioning the company to court them eventually.

"There's going to be a limit where they can't carry the business forward at the level it needs to be supported," Pieri says. "That's the downside of angels."

Mirabile looks for companies that can "go angel all the way," but knows entrepreneurs must do what's best for business. Still, he says, "the idea that you need a deep-pocketed VC to change the world and build a Google or Facebook is misguided."