Your Small Business Tax-Change Scorecard for '11

Carol Tice
Owner of Make a Living Writing
January 10, 2011 min read
Opinions expressed by Entrepreneur contributors are their own. 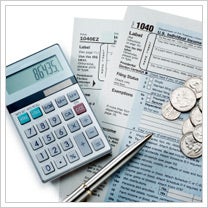 The past year was a rollercoaster for business owners hoping for tax relief, but help finally arrived right at the end of the year in the form of the Tax Relief and Unemployment Insurance Reauthorization, and Job Creation Act of 2010. Here's a look at what's changed and what you need to know about business tax changes.

Tax expert Barbara Weltman recently created a handy summary. If taxes make your eyes glaze, we'll walk you through it. You'll want to pay attention, because some changes retroactively affect your 2010 tax year.

Employee payroll-tax cut. The Social Security deduction from payroll will be 4.2 percent in '11 instead of 6.2 percent. Solopreneurs get the break, too. I hear the sound of millions of self-employed people celebrating that one. Expiring breaks saved. A slew of business tax breaks were set to expire in 2009, but have been renewed for '10 and '11. Key credits include the research credit and new-markets credit, as well as empowerment-zone incentives. On the bad news side, the credit for alternative-energy vehicles wasn't renewed.

Stock sales. The juicy, 100 percent exclusion of gain from selling stock in a small business was extended through 2011.

Bonus depreciation. The 100 percent depreciation for new business equipment is now good through 2011.

Work opportunity credit. This new-hire credit was supposed to expire in August '11, and now it runs through December. On the down side, two targeted groups -- unemployed veterans and at-risk youth -- have been dropped.

Alternative minimum tax. People were freaking out about this one, but at the final hour higher AMT limits were extended for '10 and '11. This will keep millions of middle-class Americans from ending up paying the dreaded, higher AMT tax rate.

Tax rates. There was much fear of personal tax rates going up, but in the end the '10 tax rates were extended through 2012, with the top rate staying at 35 percent.

With the Republican Congress now installed, we'll see what happens with taxes this year. Maybe more business breaks are in the offing.

How will your business benefit from the new tax breaks? Leave a comment and let us know.