An early investor in iTunes and Pandora weighs in on what makes an online music company a hit. 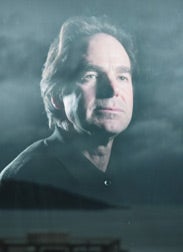 Jim Feuille has great taste in music. Or, rather, he has great taste in the companies in the online music realm that have the best chance for success. Feuille, general partner of San Francisco VC firm Crosslink Capital, was an early investor in Apple's iTunes for Windows and the lead on the team that invested in Pandora Radio back in 2005, when it was still a fledgling music genome invention. He helped shepherd Pandora to the free online radio service it is today, with market valuation, by some estimates, in the hundreds of millions. Feuille shares his insight on online music, foreign markets and what gets his attention.

3 'Strong Buy' Stocks Under $10 Flying Under the Radar