A Head for Innovation 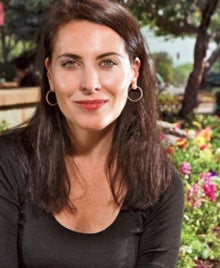 A sense of invention is one of the cornerstones of creativity and a basic tenet of entrepreneurialism. Invention sits right at the root of the creative process. It's the trigger for creations that are either of-the-moment (think pet rocks) or long-lasting (think the wheel).

Invention truly embodies the concept of creating something out of nothing. And entrepreneurs are the ultimate purveyors of this skill (as much as they are masters of invention's companion, reinvention).

Who doesn't love a good invention? Even the silly ones have meaning. This notion hit home one day as I sat awaiting a meeting at this intentionally distressed-looking office-meets-loft-meets-basketball court-meets-dog park owned by a budding online entrepreneur. The topic of the meeting, as chance would have it, was innovation. 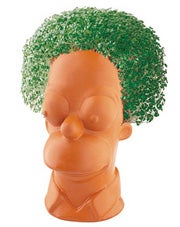 As I sat there, I spotted something fantastic. It wasn't a computer. Or a waffle iron. Or an iPad. Or a cupcake. Or a genome project. This thing had no reason to exist. It solved no problems. It saved no money. It was not efficient in any way. But there it sat, staring squarely at me across the frog-shaped glass table: a terra-cotta bust of Homer Simpson replete with green outcroppings for hair.

I had found invention in its purest, simplest form: a Chia Homer. "My god," was all I could muster. "That is genius." But in the same breath: "WTF?" When the meeting commenced, the conversation centered on invention, discovery and the meaning of Chia Heads. 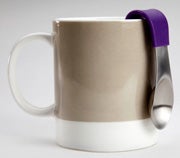 Up to now, inventing has proved a tricky and expensive undertaking. Finding a manufacturer, landing funding, patenting--it's a thick landscape to navigate. Or at least it used to be. With Quirky, inventor and upstart Ben Kaufman aims to change the way inventors bring products to market through what he calls "the democratization of invention" (see Innovators). Part crowdsourced product developer, part investment firm, Quirky is quickly redefining the invention game and enriching the world with unexpected and cool products. (A coffee cup with a spoon attached? Brilliant.)

In keeping with the spirit of invention, this month we did a little reinventing of our own. It's a pleasure to welcome two new and highly regarded contributors: Ann Handley, known for her breathless research at MarketingProfs.com, joins as our Lead Gen columnist to tackle the unique challenges facing entrepreneurs when it comes to bringing in new business prospects and closing deals.

Meanwhile, Ross McCammon of Esquire steps in as our Ask the Esquire Guy. His column will cover the sublime elements of doing business. Be sure to read his first piece, on the subtle art of entering a room. It's not as simple as you might think.