The Importance of Office Aesthetics 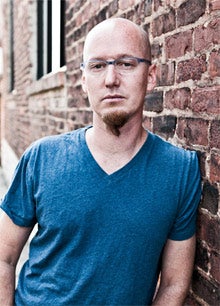 Q: How should startup entrepreneurs with limited resources furnish their work space?

A: How a business furnishes its work space can define the company culture and help its employees thrive. Or not.

Let's not overthink this one. In fact, says Mark Montgomery, founder of FLOthinkery and entrepreneur-in-residence at Nashville, Tenn.-based VC firm Claritas Capital, a simple rule of thumb is to allow common sense to prevail. "When I go into a startup burning $300,000 a month, and they've got posh offices with great furniture, I immediately think the leadership team's priorities are in the wrong place," he says. "On the other side, I don't think you should have your people sitting on cardboard boxes at a card table. It really is a matter of being practical."

Before we go any further, let's take a moment to consider what a workplace should not look like. In Montgomery's view, the worst arrangement is what he calls the "chronically disorganized" office. "Meaning, when you walk in the door, you say to yourself, ‘I'm going to trust these people with my fill-in-the-blank?'" he says.

OK, enough about what not to do. Because how a company should outfit its office takes a lot more thought than just deciding where to put the water cooler. Montgomery believes your office should make you feel welcome and inspire you to do your best work. If you're going to spend eight hours a day on the job--or 10, or 12--Montgomery says, "It should be a place you want to go to."

Of course, the design of any workplace says a lot about the employer, and Montgomery believes it's a direct reflection on the company's leadership. In that spirit, he says, office design presents an opportunity for managers to build staff morale by breaking down the (metaphorical) walls separating them from the work force. "If the founders are smart," he says, "they allow their people to participate in that process."

Montgomery aimed to create just such a vibe at echomusic, a digital strategy business for entertainers that he co-founded and later sold to IAC/Ticketmaster. Operating out of three properties along Nashville's Music Row, echomusic's work space featured Ping-Pong tables, video games, black-and-white photography, lots of white boards (to jot down ideas), guitars on the walls and beer on Fridays. Granted, this approach might not fit on Wall Street, but in laid-back Nashville, Montgomery says, "It was just a very cool hang. One of our properties had a killer deck."

When he visited Google headquarters (well known as the Googleplex), in Mountain View, Calif., Montgomery saw a great example of a workplace that reflects the company's culture. "There were areas where it was small and tight and closed-off, and that was where the coders lived, and that was right next to big, open spaces," he says, an evident awe in his voice. "It was just a great mix of how they tend to operate the business."

The bottom line: Office design should serve a company's needs as well as its personality. Montgomery advises: "Just make your space reflect who you are and what your company is and what it does."