How a Used-Clothing Site Raised $8.4 Million in Venture Capital

By Gwen Moran September 11, 2011
This story appears in the September 2011 issue of Entrepreneur. Subscribe » 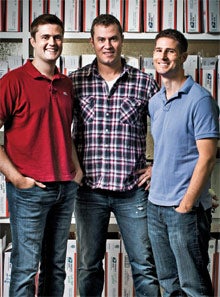 James Reinhart, Chris Homer and Oliver Lubin had a problem in common: They all had too many clothes. The three entrepreneurs (Reinhart and Lubin were roommates at Boston College; Reinhart and Homer were friends at Harvard Business School) estimated that they only wore about 25 percent of the clothing they owned. The rest just took up valuable space in their cramped apartments.