The Princeton Review surveys more than 2,000 schools each year to rank the 50 best entrepreneurship programs. Here's our 2011 list, plus a look behind the numbers.

By Michelle Juergen
This story appears in the October 2011 issue of Entrepreneur. Subscribe » 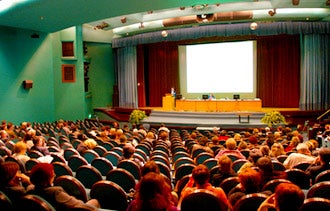 The pursuit of entrepreneurialism is a dogged, risky and somewhat sweaty one. For those interested in being educated in the venture, The Princeton Review's annual ranking of the top 25 undergraduate and top 25 graduate entrepreneurship programs offered at U.S. institutions provides a picture of the best places to get schooled.

Babson College tops the grad list for the fourth year in a row.The Babson Park, Mass., school's Arthur M. Blank Center for Entrepreneurship began offering its program in 1967, making it one of the oldest on the list. The University of Houston's Wolff Center for Entrepreneurship comes in at the head of the class for undergraduate programs. Like Babson and many other schools that made the list, the Wolff Center's faculty is comprised entirely of entrepreneurs. The University of Houston also had the highest enrollment, attracting more than 2,000 students for the 2010-11 academic year.