Spreading the Gospel on a Lean, Mean Startup Strategy 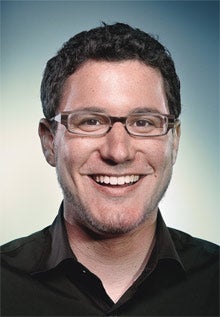 It began three years ago, when Eric Ries posted a blog he called "The lean startup," in which he outlined a new way to build a company: cheaply, efficiently and, above all, quickly. Now it's a full-blown entrepreneurial movement, with thousands of devotees, hundreds of monthly meetings, a big annual conference and an official book, The Lean Startup.

The methodology is a real crowd-pleaser. "You're not born with innate entrepreneurial talents, and success isn't about being in the right place at the right time," says Ries, who has founded several tech companies and is currently serving as Harvard Business School's entrepreneur-in-residence. "Executing a great vision has more to do with being taught the science behind efficiently managing risk and failure."

We talked to him about new models, waste and why failure can be OK.

Related: Pivot or Persevere? The Key to Startup Success

What's the old way of starting a company?
The traditional model is to look at great entrepreneurs and try to emulate them. We have the brilliant idea, the smartest people. But you know, I've lived the first two-thirds of The Social Network, and then things would fall apart. It's a great story, but a terrible business plan, because if we fail, there's a built-in excuse that we were unlucky, or the timing was wrong.

"You have to discover which elements work and which are crazy so you can find the flaws sooner, pivot and correct them."
--Eric Ries

So what is the lean startup process?
Think big; start small. A lean startup looks around for anything to help build the "minimum viable product" and immediately begins learning and building with customers, so you can fail more quickly and move on. It's a great moment for this, because there's an abundance of open-source and low-cost tools available, and the time it takes to get a product out keeps falling.

So failure is OK as long as it happens quickly?
It's speed in the service of long-term value creation, so no idea is ever completely doomed. PayPal's first version, Groupon's original software--these were bad ideas that didn't work at the founding of great companies. You have to discover which elements work and which are crazy so you can find the flaws sooner, pivot and correct them.

You equate the process with science?
The principles are based on the scientific method. Every marketing strategy, every feature added is an experiment and an opportunity to learn what customers care about. Constantly test, adjust and iterate. And do it as quickly as possible.

Is there anything entrepreneurs should fear?
Waste. For every Facebook, there are too many failures. If you look at the total amount of human capital, talent, potential and creativity poured into the failed startups over the years and ask yourself what return society got, I think it's staggeringly bad. We have big pressing problems, and we need our talented people working on stuff that matters.