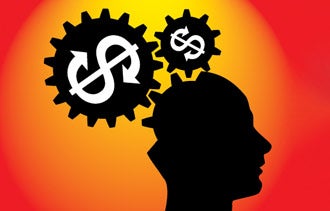 Startup businesses come in myriad different forms, but each have one thing in common: They need proper financial management in order to survive. Small-business finance expert Steve Strauss, author of Get Your Business Funded: Creative Methods for Getting the Money You Need, outlines four common money mistakes everyone should avoid:

1. Underestimating startup costs. Strauss says the most common mistake he sees entrepreneurs make when launching a business is underestimating the amount of money they will need. Startup costs, repaying investors and even the founder's salary are all areas where entrepreneurs are too frugal in their estimates, he says. When the reality of the true cost of running the business hits, many find their budgets stretched--sometimes beyond what is sustainable.

2. Failing to establish a marketing budget. Social media, e-mail marketing and publicity may be touted as low-cost ways to promote your business, but when business owners think they can launch on a shoestring, they often run into trouble, Strauss says. "The only way you can turn on the light and let people know you're there is by marketing and advertising, or you're going to have no customers," he says. While some say the rule of thumb for establishing a marketing budget is 5 percent of projected annual revenue, Strauss says each business has to tailor its marketing budget to its own needs. A regional business may have more limited marketing venues than a business that is launching nationally or internationally, for example.

3. Not organizing for tax savings. It's important to seek the counsel of a knowledgeable financial advisor to determine how to organize your business for the best possible tax advantage. "Some people run their businesses as sole proprietorships instead of LLCs or S corps and give up real savings on taxes. That's a big mistake," Strauss says.

4. Spending too much. When you land that big loan or have some savings accrued for startup, it can be tempting to splurge on a nice office space or a big staff. That's a no-no, Strauss says. Keeping overhead low is one of the easiest ways businesses can better manage their money and ensure their survival, he says. "This is especially important when you're in the heady first days and you want to go buy new furniture and new computers and big rent. Slow down there, cowboy," Strauss says. "Think about how to better save or invest that money for the long-term growth of your business."

For early stage companies, angel investment can be an attractive funding option, says James Hunt, angel investor and adjunct professor at Georgetown University's McDonough School of Business. Hunt specializes in early stage funding and has holdings in about two dozen companies. Here, he shares the secrets to getting a blessing--and funding--from an angel.

What are the signs that an entrepreneur is suited for this kind of outside investment?
You have to be realistic about the investment and about the expectations. Angel investment is typically smaller in size than earlier stage or seed funding. You have to be willing to take direction from investors and be able to show that you have some sort of strategy for returning the investment.

What else is important to you?
We ask some hard questions. Have you put any of your own money up? Have you recruited a team? Have they proven they can do this in the past? And is your market substantial enough to support reasonable growth? They don't have to be trillion-dollar markets, but they have to be large enough so the angels can see they're capturing some percent of a vibrant market.

Do you have deal-breakers?
You have to be a coachable CEO. You watch the body language of the entrepreneur when you say, "One of our angels is going to sit on your board and be very active in your company, actively giving you guidance." If the guy squirms at that, that's pretty much the end. We're just not willing to deal with inflexible entrepreneurs who think they know everything. I've been doing this for 35 years and I still don't know everything. So if they're not willing to accept a certain amount of coaching, then we're not very interested.

What's the size of a typical angel deal?
Our deals are sort of midhundred thousands to low millions. So if you want a deal above that, we won't do it. But other angel groups may do bigger deals. When you start researching angels, you can usually get a sense of the types of deals they prefer and an idea of the size of the deals--which can tell you who will be a good fit for your company.