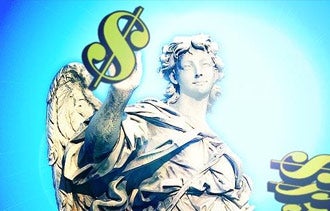 For early stage companies, angel investment can be an attractive funding option, says James Hunt, angel investor and adjunct professor at Georgetown University's McDonough School of Business. Hunt specializes in early stage funding and has holdings in about two dozen companies. Here, he shares the secrets to getting a blessing--and funding--from an angel.

What are the signs that an entrepreneur is suited for this kind of outside investment?
You have to be realistic about the investment and about the expectations. Angel investment is typically smaller in size than earlier stage or seed funding. You have to be willing to take direction from investors and be able to show that you have some sort of strategy for returning the investment.

What else is important to you?
We ask some hard questions. Have you put any of your own money up? Have you recruited a team? Have they proven they can do this in the past? And is your market substantial enough to support reasonable growth? They don't have to be trillion-dollar markets, but they have to be large enough so the angels can see they're capturing some percent of a vibrant market.

Do you have deal-breakers?
You have to be a coachable CEO. You watch the body language of the entrepreneur when you say, "One of our angels is going to sit on your board and be very active in your company, actively giving you guidance." If the guy squirms at that, that's pretty much the end. We're just not willing to deal with inflexible entrepreneurs who think they know everything. I've been doing this for 35 years and I still don't know everything. So if they're not willing to accept a certain amount of coaching, then we're not very interested.

What's the size of a typical angel deal?
Our deals are sort of midhundred thousands to low millions. So if you want a deal above that, we won't do it. But other angel groups may do bigger deals. When you start researching angels, you can usually get a sense of the types of deals they prefer and an idea of the size of the deals--which can tell you who will be a good fit for your company.