How an Ex-Ballet Dancer Succeeded by Thinking Outside the Barre

When Hollywood called, a former New York City Ballet dancer turned to the web to keep her back-home fitness clients on track.
Next Article 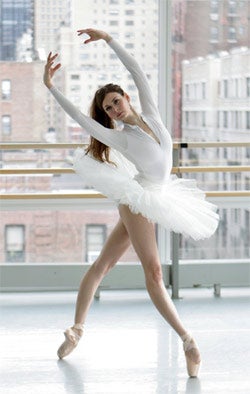 When Natalie Portman asked Ballet Beautiful founder Mary Helen Bowers to help her train for the lead (and, as it turns out, Academy Award-winning) role in Black Swan, there was just one possible answer: Yes. But the dream assignment would require near-constant travel. Bowers would have to leave her fitness studio clients behind just as the business was taking off.

A former New York City Ballet dancer, Bowers developed the training and fitness routines that became the foundation of her Ballet Beautiful program after an injury forced her to find a portable and effective way to stay fit while stuck in a dressing room. She started training her clients privately in 2008, and within a year she built a solid client list--and got Portman's attention.

Star turn or not, Bowers decided she didn't want to sacrifice a whole client base for just one client. She wanted a way to keep her students en pointe by moving her group classes online.

The fix
Bowers' first online position was via iChat. The format worked so well that she decided to transform Ballet Beautiful into one of the world's first online fitness studios. First up: designing a website and building a video application from scratch.

"I thought about licensing other software, but in the end, I wanted features built with my customers in mind, for the exact fit to help my business grow," Bowers says. She reached out to friends, family, colleagues--anyone who had contacts or experience in software development and branding--and slowly cobbled together a team of programmers and designers, starting with a very simple website.

"I was very hands-on, and I was able to communicate exactly what I wanted based on previous experience using other applications," Bowers says. The result debuted in early 2010: a branded, proprietary videoconference platform that syncs with Skype to offer an interactive, live, streaming class experience for up to 12 people, with various privacy options. The system cost about $40,000 to build, which is much less than Bowers would have spent going to a big firm.

The results
Within a year, Ballet Beautiful's client base increased more than 400 percent to about 10,000 users in 50 countries, and Bowers' online offerings expanded to 15-minute streaming videos and DVDs available for purchase.

Some longtime clients prefer the online format because it offers the convenience of working out from home without sacrificing the quality of the lesson. "The only weird thing about going online was Mary Helen was always able to correct me," New York City-based makeup artist Romy Soleimani jokes. "I thought I could get away with more stuff."

Although 75 percent of the business is still online, the increased revenue made it possible for Bowers to open a physical location in Manhattan this spring. But she remains committed to the web-based classes. "I think online is the future of the fitness industry, and we can go a lot bigger from here," she says, noting that this fall Ballet Beautiful rolled out a subscription plan--just like a gym, except with lower overhead costs.

A second opinion
"Going online is a great way to promote and grow your brand," says Christian Springub, co-founder of Jimdo, a DIY website builder for small businesses and private professionals with more than 4 million users worldwide. "Customers will go to you instead of Amazon if they know you can leverage some area of expertise," he asserts.

In other words, brick-and-mortar business owners can benefit from an internet presence by offering increased access and engagement through blogs and specialized customer support. And as Bowers demonstrates, being creative about it might lead to even bigger business opportunities.