The Risks of Betting on Sports in Your Office

By Gwen Moran February 20, 2012
This story appears in the February 2012 issue of Entrepreneur. Subscribe » 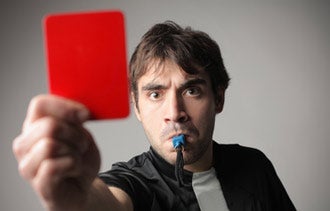 From March Madness brackets to pay-for-play fantasy football--in every season, there is an opportunity for employees to engage in good-natured sports wagering. There's no denying the popularity of office betting: A 2011 CareerBuilder.com survey found that one in five workers have participated in March Madness office pools alone.

Trash-talking each other's favorite teams may seem like harmless workplace fun. Turns out, however, actually betting on those teams is illegal in most cases, according to attorney Michael J. Riccobono of Gibbons P.C. in Newark, N.J. Former currency broker John Bovery learned this the hard way when he was arrested in September 2010 at his Parlin, N.J., home for running a betting pool that reportedly raked in $850,000 per year.