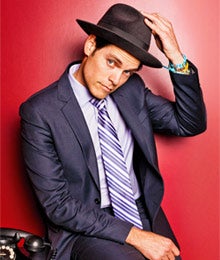 What it is
Stageit allows musicians to schedule and sell tickets to exclusive, live shows streamed online. Because the site doesn't record the events, they have the immediacy of a live concert. Stageit also allows artists to share events on Facebook.

How it started
Frustrated by the music industry's inability to measure social media beyond counting contacts and Facebook likes, Evan Lowenstein of the Los Angeles-based pop group Evan and Jaron did his own research. He found that fans who attended free shows and shared video online were critical to an artist's success. Armed with this knowledge, he launched Stageit at the 2011 South by Southwest music festival.

StageIt.com
Based in Los Angeles

Why it took off
Lowenstein knew the site had to be easy for artists to use and still provide a great fan experience. (The company is committed to the idea, "Never make an artist look like an asshole.") That combination, along with Lowenstein's industry contacts and his understanding of social media and promotion, has made the site increasingly popular with artists ranging from regional favorites to mega-acts such as Jimmy Buffett, Korn and Jason Mraz.

Stageit is free for artists to use but collects 40 percent of ticket sales (which includes a distribution fee and coverage of third-party expenses). Artists set their own ticket prices; the average is priced at just under $3.

What's next
Lowenstein sees Stageit working for a variety of performers, including those outside of music who have creative or informative presentations, such as authors, chefs or comedians. "I would love Stageit to become the eBay of experience," he says. "I think everybody has a talent or something to share, and there's somebody out there who'll pay to see it."