Leadership Lessons from the Top of the Org Chart

Mark Leslie had overseen two other companies before he came onboard at Veritas Software in 1990 as founding chairman and CEO. So he had some ideas about the kind of culture he wanted to create--that is, what sort of internally generated values could help the company succeed.

For starters, Leslie wanted to make Veritas' decision-making process more transparent. Early on, he presided over a weekly meeting with employees at which, he says, "all of the issues of the day were discussed." Later, after the company went public, he'd conduct an open executive staff meeting once a month--managers worldwide could listen in--during which he and senior executives would share information, such as earnings projections.

The idea, Leslie says, was to share with his colleagues as much information as he could, reducing the level of secrecy within the Veritas hierarchy and thereby reducing the degree to which secrecy bred politics. The company name, after all, comes from the Latin word for "truth."

"In companies," Leslie says, "what I know and you don't know makes me more powerful than you. Politics comes from secrecy. The leadership of the company--who has all the information--has the power to change that. It's the leader who can tell all the employees everything, and by so doing, take the secrecy away."

It's tough to argue with Leslie's results. Over his 11 years at Veritas, the company grew from a dozen employees to 6,000, with annual revenue increasing from $95,000 to $1.5 billion. During that time, Leslie spent many hours thinking about the nature of leadership. Today, at 66, when he looks back on his time at Veritas, he's convinced that the culture of openness he created had a direct influence on the bottom line.

Enough books have been published on the subject of leadership in the business world to fill a world-class library. The topic has evolved into its own cottage industry, complete with celebrity authors (Peter Drucker, Stephen Covey and Jim Collins, among others). A few strokes on your keyboard can summon page upon page of "leadership quotes." In Birmingham, England, there's even an organization of experts in the field called--we're not making this up--Leadership Gurus International.

For all the wisdom dispensed by the experts--oh heck, the gurus--on this point they would no doubt agree: At the root of effective entrepreneurial leadership is the ability to create a workplace culture that enables the employees and the company to excel. 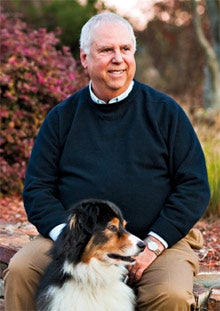 "It's creating an environment," Leslie says. "It is not about command and control. You attract the best and the brightest people and create an environment where they can use their intelligence and judgment to act autonomously."

Culture, of course, is one of those amorphous notions likely to mean different things to different people. So how does a business leader go about cultivating a winning culture? Interviews with academics and entrepreneurs (both those who have built successful businesses and those aiming to do so) yield some universal themes. They talk about management skills, authenticity, self-awareness and (perhaps most easily overlooked by ambitious businesspeople) listening to what others have to say.

Of course, touting those qualities is one thing. Weaving them into the way your company conducts its business is another.

"Values are not what you write in a handbook," Leslie says. "Values are expressed every day in the way the company makes decisions." Many of his fellow company leaders would agree.

"The point about it being authentic is really important."
For Clint Smith, co-founder and CEO of Emma, a Nashville, Tenn.-based e-mail marketing firm, company culture began with the physical workspace. The company's quirky and irreverent website, MyEmma.com, describes it as "the kind of place that's heavy on culture and light on cubicles." (Peruse the site and you get the sense of an organization that takes its mission, but not itself, very seriously.) At company headquarters, Smith and co-founder Will Weaver fashioned an open floor plan expressly to inspire a spirit of collaboration among the more than 100 employees.

"Culture is a very big deal for us," Smith says. "It's a key to our success as a company. Obviously, cubicles, in our mind, represent that dry, stale, corporate culture. It started with a simple thought: Let's have a place we would like to come and spend eight to 12 hours a day. Let's do it in our style. The point about it being authentic is really important. For us it was just really natural from the beginning."

Leslie says authenticity is at the heart of a company's culture. "You ultimately have to find out who you are inside and develop a set of values that are truly yourself, and then express them," he says. "If it's inauthentic, if you say one set of things but don't feel and believe those things, it won't work."

"For me it was most important to know what I wasn't."
When William Smith founded Euclid Elements, a Palo Alto, Calif., IT company that supplies retailers with information on customer shopping habits, he knew his limitations. For starters, he was just a few years removed from Stanford.

Smith's awareness of his own strengths and weaknesses led him to hire far more experienced managers and engineers--people who had worked at IBM, Google and Qualcomm. They were the key players he needed to build a startup company that he describes as "Google Analytics for the retail world." Their hiring, in turn, fostered a culture at Euclid in which Smith does not hesitate to rely on those around him.

"I think for me it was most important to know what I wasn't," he says. "I wasn't experienced--I was 24 years old. I didn't know how to manage people. And I was a pretty crappy engineer."

For Good Eggs, a San Francisco-based tech startup aiming to enhance local food systems, a process of self-examination forms the very basis of the company's culture.

"We're constantly trying to get better at what we do, both on an individual level and as a company as a whole," says co-founder and CEO Rob Spiro. "We want to get better at designing and developing products. That requires a real self-awareness as a team, and that's an extremely important part of the culture we want to create--being aware of what we do well and what we don't do so well."

"Have you built an organization … that can sustain itself as you made it?"
It's self-evident that an entrepreneur's ability to hire talented people is vital to a company's success. But how the entrepreneur manages those people helps define the company culture.

"You have to get great people to come in," Leslie says. "You have to respect them, give them freedom. You have to provide the mission and the vision: Who are we and where are we going? Most important, you have to share the rewards."

When Jeffrey Pfeffer talks about the importance of managing people within an organizational culture, he points to Peyton Manning, the star quarterback for the Indianapolis Colts. Pfeffer, a professor at Stanford's Graduate School of Business who has written extensively on organizational behavior, contends that truly great businesses--and football teams--rely not on individual stars, but on a system in which everyone can shine.

When Manning missed the entire 2011 season with a neck injury, the Colts won just two games. By contrast, Pfeffer points out, the Houston Texans, a team forced by injuries to start its third-string quarterback, qualified for the NFL playoffs.

In the business world, Pfeffer cites the example set by Herb Kelleher, former CEO of Southwest Airlines. Among other initiatives, Pfeffer says, Kelleher oversaw a set of committees at Southwest to work on organizational culture. And it's been Southwest's culture, Pfeffer contends, that has enabled the company to thrive even after Kelleher stepped down as CEO in 2001 and as executive chairman in 2008.

"They created a hiring system that tries to weed out people who don't want to be team players, who don't treat fellow employees or, for that matter, customers with respect," Pfeffer says. "It is this ability to do things that don't depend on some miracle, or some extraordinary talent, which is not necessarily a sustainable thing. Have you built an organization that is sustainable over time, as markets rise and fall, as conditions change, that can sustain itself as you made it?"

"I'm in love with the idea of finding really fun people and joining them at the table."
Over the course of William Smith's evolution as a business leader, he's found himself increasingly open to listening to those around him. It makes sense--after all, if you've made a point of hiring really bright people, wouldn't you want to hear their ideas? However, Smith concedes, it's not always easy.

"It's something I've tried to be conscious of and do very well," he says. "We've hired extraordinary people who are almost irrationally humble." By listening to those extraordinary people, Smith says, "it's making clear they're going to have the ability to shape our vision and shape the company."

At Emma, Clint Smith says, the company's culture of collaboration is built on the belief that all employees should have a voice. "I'm in love with the idea of finding really fun people and joining them at the table," he says. "Our culture is that way. It's a group of really curious people. I'm the same way. We log more hours in front of a whiteboard than I think is humanly possible."

Still, creating a system that enables employees to achieve great things--as a group--often comes down to the work of a single leader. Leslie says he was surprised to learn how solitary an exercise leadership can be, adding that he routinely analyzed his own strengths and weaknesses throughout his tenure at Veritas. And he didn't have much help along the way.

"It's an interesting thing," Leslie says. "The real work of leadership is sitting and thinking about things we're talking about right now. It's an old cliché: It's lonely at the top. It truly is. There's no one to talk to. It's a journey of discovery, a journey alone. And you actually have to be comfortable enough with yourself to do that."