In more than two decades spent building the largest residential brokerage firm in New York, Barbara Corcoran all but commanded her more than 1,000 employees and salespeople to have fun on the job.

The founder and former CEO of The Corcoran Group, which she sold in 2001 for $66 million, Corcoran considers her ability to create an enjoyable workplace a keystone of her leadership style. "It's the most underutilized tool in the tool belt," she says.

Corcoran never relied on a business mentor to shape her notion of leadership. Instead, she took lessons learned from her mother, Florence, who ran a working-class household in Edgewater, N.J., across the Hudson River from Manhattan. Years later, Corcoran, the second of 10 kids, memorialized her mother's homespun wisdom in a bestselling book, If You Don't Have Big Breasts, Put Ribbons on Your Pigtails & Other Lessons I Learned From My Mom.

"I never thought of it as leadership, but I knew I wanted to be loved by the people who worked for me," Corcoran says. "I built the business exactly the way my mother built and ran her family. I wanted a replication of the big, happy family I grew up in. I wanted happy people having fun." 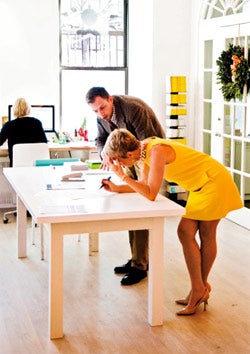 For the most part, she got it. Corcoran's company parties are the stuff of legend in New York real estate circles. Her winter bashes had a dress theme--Broadway, 1940s, pajamas--and summer picnics featured circus animals, hot-air balloons and, once, an all-female motorcycle gang ripping up the lawn while Corcoran, feigning outrage, threatened to call the cops.

Recounting the story from inside her Park Avenue office, Corcoran lets go with a big laugh. "I found the more fun I created in the company, the more creative and innovative it became," she says. "That was the big kahuna--the fun piece. That's what built that culture upside down and inside out. You got innovation. You got loyalty. You got people who would recruit for you."

Which is not to suggest that every day was a walk in the park. Corcoran concedes that she ran a tight ship. She had zero tolerance for whiners ("I could sniff 'em a mile away," she claims) and would routinely jettison her lowest-performing brokers under a system she describes as "shoot the dogs early." She would inform new hires they had three months to make their first sale.

"It's a bullet to the head," Corcoran says. "That salesman was running out of the gate. Honestly, within three months, three-quarters of the company never made a sale. But what did I have? A license to kill."

For those who performed well enough to stick around--and legions did, for 10, 15, 20 years or more--The Corcoran Group became more than just a workplace, and Corcoran more than just a boss. She arranged for shoe shiners to come to her offices each Monday and massage therapists every Thursday. She was The Corcoran Group's head cheerleader, rewarding top performers with colored ribbons, as if she were the Westminster Kennel Club and they were best in breed. Corny, sure, but it worked. 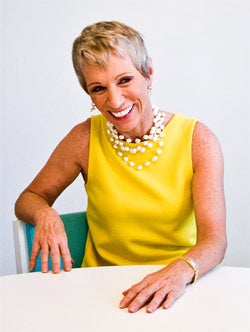 "I found the more fun I created in the company, the more creative and innovative it became."--Barbara Corcoran

"People said, ‘This is really silly.' But they loved to have those ribbons hanging on their desk," says Edith Salton, a senior vice president at the firm and the godmother of Corcoran's 6-year-old daughter.

"You didn't work for Barbara; you worked with Barbara," says Tresa Hall, an executive vice president and director of sales. "She was such a motivator. Her positive management style made you want to do anything you could to help build the company."

Of course Corcoran had more than just fun on her side. She was hyperorganized and fiercely competitive. She was a champion promoter who became a veritable quote machine for the New York press. And she had a work ethic straight from Edgewater. "She just does not stand still," Salton says. "That's very inspiring, if you work for somebody like that. You say, ‘I should try a little harder, too.'"

These days, as president of Barbara Corcoran Inc., Corcoran is the real estate expert for NBC's Today and a regular on ABC's Shark Tank, in which would-be entrepreneurs pitch their business ideas to potential investors. With the Shark Tank gig--she has invested in 11 startups so far--Corcoran has a chance to share her brand of leadership with a new generation of business owners.

"Being able to tell parallel stories with these entrepreneurs wins me incredible credibility," she says. "Because they know I'm not lecturing. If you can get someone to hear your story--‘I had the exact same thing happen to me'--now you're equals."