A Hot Business Idea -- Between the Sheets 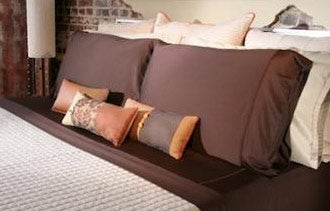 "Aha" moment: When Marciniak, a former WNBA star, introduced Walvius to moisture-wicking performance fabrics used in workout clothes, her reaction was, "I'd love to have bedsheets made out of this stuff." In August 2007 the two brought the idea to USC's Moore School of Business; students did a feasibility study over two semesters and produced a solid business plan. In May 2008, Marciniak and Walvius gave up coaching to focus on their business. They raised money from friends, family and angel investors--about $6.5 million so far. 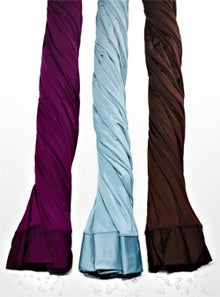 Why get into bed together: "We've experienced the whole evolution of technology in athletic wear," Walvius says. "We were cotton purists initially in coaching, but at the time we left, everyone was wearing performance fabrics." But the Sheex line isn't just for athletes. "We started looking at the importance of sleep to recovery, and we started to learn that the big issue most people have that disrupts their sleep is [being] too warm," Walvius says. Adds Marciniak, "Much like Tempur-Pedic did with mattresses, we are doing the same thing with sheets and performance fabrics in the bedroom."

Rest in peace: Traditional sheets can trap heat and disrupt sleep. Sheex sheets, which are a blend of microfiber polyester and spandex, are designed to be cooler to the touch, transfer body heat twice as effectively and breathe almost 50 percent better than cotton, while moisture-wicking properties keep sweaty sleepers dry. The product is endorsed by the National Sleep Foundation. Along with the standard collection, Sheex offers sheets for kids' beds and for RVs and boats, all in solid colors.

Customers: The product is in 835 Bed, Bath & Beyond stores (where sales have tripled expectations), at a select number of Brookstone outlets and will soon be at Sleep Number. The brand has been licensed by international consumer products trading company Li & Fung as well as by bedding manufacturers United Feather & Down and Pacific Coast Feather. Seventy percent of Sheex sales are to women, the founders say.

Marketing: Sheex is promoted by "sleep ambassadors": professional athletes, including Philadelphia Eagles wide receiver Steve Smith, golfer Diana D'Alessio and snowboarder Steve Fisher, who tweet or post discount codes via social media and get a commission based on sales. "It's kind of a virtual sales team of athletes," Walvius says. The company also invests in print, TV and Facebook advertising.

Up next: The Sheex team is aiming for net sales of $240 million by 2013, rolling out sleepwear, plus three new lines for Bed, Bath & Beyond, including temperature-control performance cotton, a back-to-school line and performance-fleece winter sheets.