Kiip: A Win-Win for App Developers and Advertisers 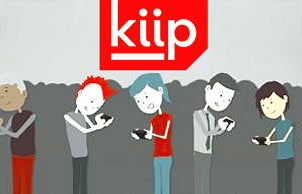 With smartphone owners now downloading more than 2 billion mobile applications every month, the app store gold rush is in full swing. But precious few software developers are striking it rich. As of late last year, developers had published close to a million apps optimized for devices running Apple's iOS and Google's Android--but for every juggernaut, like Angry Birds, there are a multitude of mobile games that earn only a few thousand dollars over the course of their life cycle.

The problem is that consumers love playing mobile games, not paying for them. App search engine Chomp reports premium applications made up just 27 percent of Apple's App Store downloads in November 2011 and a mere 3 percent of downloads from Google's Android Market. That's why so many mobile developers are turning to in-game purchases--like virtual currency and weapons--to boost their fortunes. Others are relying on revenue derived via in-game banner ads.