Can You Evolve From Control Freak to Emotionally Intelligent Leader? 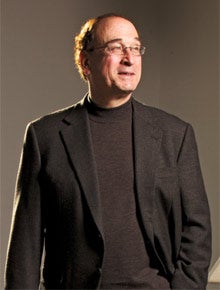 Q: As your company grows, how do you transition from startup entrepreneur to leader?

A: Entrepreneurs are, by nature, idea people. But not all of them are people people, which makes this transition perhaps the trickiest part of an entrepreneur's evolution.

"The entrepreneur personally has to continually evolve and grow as the business grows," says Ed Hess, author of Grow to Greatness: Smart Growth for Entrepreneurial Businesses.

A professor at the University of Virginia's Darden School of Business, Hess has studied high-growth businesses and the common traits that enable them to prosper (or not). His research has shown that as businesses grow, successful entrepreneurs go through stages: from owner to manager to leader to coach. In that process, Hess says, they often need to adopt personal qualities that conflict with the very makeup of a do-it-my-way entrepreneur. That is, they must learn to delegate and trust.

"The entrepreneur has to go from a control freak to a trusting manager to an emotionally intelligent coach and mentor," he contends. Yet it's the rare one who is prepared to do so--especially that part about delegating. As one person told him: "Delegation is not a natural act."

"When you're starting out, you're doing everything." Hess says. "You're living and dying every day for this. When you get to the delegation stage, you realize other people are not going to do it the way you want."

And that's where the trust comes in. What is delegation, after all, other than an implicit acknowledgement that you trust someone else to get the job done? "The delegation is emotional," Hess concedes. "How do you trust somebody who has responsibility for your baby?"

But it follows that the more successful your business becomes, the more you'll need to adapt. Hess says too many entrepreneurs don't understand that starting a business is, well, just the beginning.

As you supervise more managers, Hess says, you take on the role of leader and coach. This stage requires supple communication skills--learning more about each of your managers and how best to motivate them. "The psychological fragility of a business is something that constantly has to be managed," Hess says. "You need constructive dialogue and debate and critical inquiry--across and up and down."

Successful business owners understand entrepreneurship is a continuous learning process. "You reach a point that you no longer can control everything," Hess says. "Therefore you have to trust, and therefore you have to engage people in something meaningful. It's more than a job. It's a personal transformation."