A New Platform for Hyper-Local Marketing for Small Businesses

There's no place in Manhattan's SoHo neighborhood quite like Citibabes. The 6-year-old, 10,000 square-foot family-membership club specializes in preschool and after-school programs; it also houses a gym, gourmet cafe and boutique for parents.

"The whole idea is that we're an urban oasis for families," says co-founder and CEO Tracey Frost. So far, the club has attracted 400 dues-paying members, including celebs Gwyneth Paltrow, Heidi Klum and Christy Turlington.

Engaging preschoolers all day is hard work, so the last thing Frost wants to do is devote time to managing the digital footprint of her business. Yet there's an ever-expanding world of platforms and social networks begging for attention. (Google+ and Pinterest, anyone?) 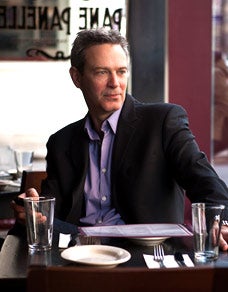 "Local businesses, especially ones that live and die by people walking in their front door, are underequipped and underresourced to attack a marketing landscape that changes every six months," says LocalVox co-founder and CEO David Pachter. "We offer a suite of services that target every channel that influences local consumers online. If you tried on your own to stitch together a solution that resembled ours, you would need to partner with multiple vendors and spend thousands of dollars a month."

The linchpin of LocalVox's promise is its speedy adoption of the next big thing (see Pinterest). "Our job is to stay on top of those changes, so our clients don't have to think about them," Pachter says.

The LocalVox platform offers clients a profile page and tools to distribute messages and deals across the web (including Google and social media networks) and via e-mail, in addition to local newspapers, magazines and blogs within the company's publisher network. Monthly pricing starts at $199 and tops out at $749 for services that include monitoring and promoting a business on major online directories and mobile media.

Open since September 2010, LocalVox boasts nearly 400 small-business clients and a staff of 24. According to Pachter, first-quarter 2012 sales were on pace to eclipse $1 million. Up next: raising a round of Series A financing and expanding the business's footprint into Harlem and across the East River to Brooklyn before testing additional U.S. markets.

For Citibabes, LocalVox has changed the way marketing is handled. "My business has so many different stories to tell," Frost says, "and getting all those messages out used to be a chore. But LocalVox takes care of it, so we can spend more time on making our operation better. For lean, startup organizations, that's a gift."