How to Play to Your Company's Strengths 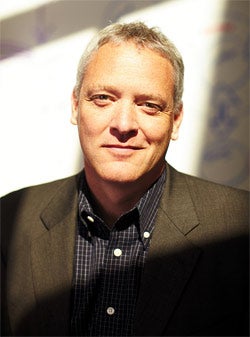 Q: Companies tend to be predisposed toward sales or technology, but rarely both. How do you make the most of your company's DNA?

A: Todd Vernon became something of an expert on company DNA by misjudging his own business, in a big way. A $6 million way. But more on that later.

The founder and CEO of Boulder, Colo.-based Lijit Networks, Vernon believes that most entrepreneurs have an aptitude for either the technology or the business side of the business. If you're an expert at one, he warns, don't assume you'll be great at the other. "You need to really understand, as an entrepreneur, the things you don't know," he says.

In other words, play to your strengths.

If only Vernon had listened to his own advice. He founded Lijit in 2006 to supply online publishers with advertising and other services--in short, to help them make money from their websites. Although Vernon is a tech guy with a degree in electrical engineering, he figured he could also handle the sales end of his new venture.

Big mistake. "It was kind of a naive point of view, if you're a techie," he says.

By the time he realized that sales were not his forte, Lijit had burned through $6 million in financing--"a lot of venture capital to figure out we really sucked at sales," he says.

One lesson Vernon learned? If you're a startup entrepreneur, use your board of directors or advisory board to plug your company's knowledge gaps. A business stacked with technology experts should find advisors with sales expertise, and vice versa.

He also suggests talking to leaders of a successful company whose business model resembles your own. "If you're aware of things you don't know, you'll have tons of questions to ask," Vernon says. "Because they're not going to tell you the 72 things you're going to do wrong."

Fortunately for Lijit, the VC gods forgave Vernon's sins and the company received additional funding. By then, Vernon and his colleagues had determined how to design software that helps publishers fill ad space on their websites; the company now serves more than 125,000 sites.

Lijit generated $1.8 million in revenue in 2010, almost all of it in the fourth quarter, when its automated ad sales bidding system picked up steam. Last year the company really took off, with revenue soaring to $13.2 million.

In October, Lijit was acquired by Federated Media Publishing, which works directly with brands and advertisers to build creative ad campaigns for websites--that is, a company with sales-dominated DNA. In Vernon's view, a perfect match.

"As an entrepreneur starting a company, everything is hard. Don't steer into the things that are really hard," Vernon says. "Create companies that are much closer to your DNA. And don't assume something you've never done is really easy."

It's a lesson he learned the hard way.