How Podio Brought in Revenue Before Even Finalizing its Product

By Michelle Goodman July 12, 2012
This story appears in the June 2012 issue of Entrepreneur. Subscribe » 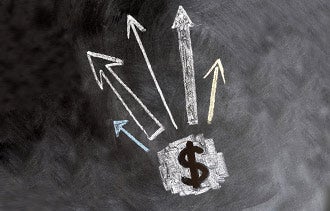 Kasper Hulthin and his Podio co-founders knew the approximately $120,000 they'd raised in angel funding wouldn't last long. So in August 2009, while still testing their collaborative work platform, they enlisted dozens of businesses to subscribe to the product, described as "Facebook for the workplace." In addition to keeping the lights on in their cramped basement office, securing paid subscribers at the early stage gave these Danish entrepreneurs invaluable product feedback.

This Simple Ecommerce Strategy Will Unify All Your Sales Channels

Should You Buy the Dip in Netflix?

These Are the 10 Top Internet Services and Retailing Companies